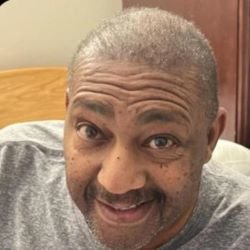 Fabias Lamar Uitenham was born March 31, 1960 to Leonard H. Uitenham, Jr and Dolores A. Uitenham in Cleveland, Ohio. He departed this life July 1, 2022.

He graduated from Glenville High School in 1979 and was accepted to Youngstown State University where he spent a year then enlisted in the United States Army. He was a diligent and professional soldier in the service of his country from April 8, 1980 to April 30, 2006. He retired from the U.S. Disciplinary Barracks Fort Leavenworth, Kansas, after twenty-seven years of faithful service. He received the Meritorious Service Medal. (2 Award). He and his wife relocated to Fayetteville, North Carolina, to be closer to their grandchildren. He was blessed to be able to spend quality time with the ones he loved most.

He was preceded in death by his parents, Leonard, Dolores, and brother Steven.

He leaves to cherish his memory his wife of 39 years, JoAnn A. Uitenham, whom he referred to as “My Baby.” His “two-live crew”, son Fabias Uitenham II (Andresa) and daughter Fatriziera Uitenham-Fletcher (Allen Fletcher III); grandchildren Kamea, Kennedi, Fabias III, Allen, Aspen, and Russell, and his devoted and loving niece, LaTonia M. Sheppard, His uncle Edward R. Uitenham, and aunt, Cheryl Scott,

Fabias loved the life he lived and was blessed to live the life he loved. He was a Soldier to the bittersweet end. He fought the good fight and was victorious. He received his final promotion and is now serving in the presence of God. He has earned the highest honor that we all are seeking for, to be in the presence of God. “Well done my good and Faithful Servant” Many will miss him and hunger for his presence, for he cooked and fed everyone. Those who sought his counsel and advice will miss him saying “Y’all Don’t Hear Me”. Quite simply, regardless of the role he played, He will be missed

MAY HE REST IN PEACE

His service will be held September 19, 2022 at Arlington National Cemetery at 11am