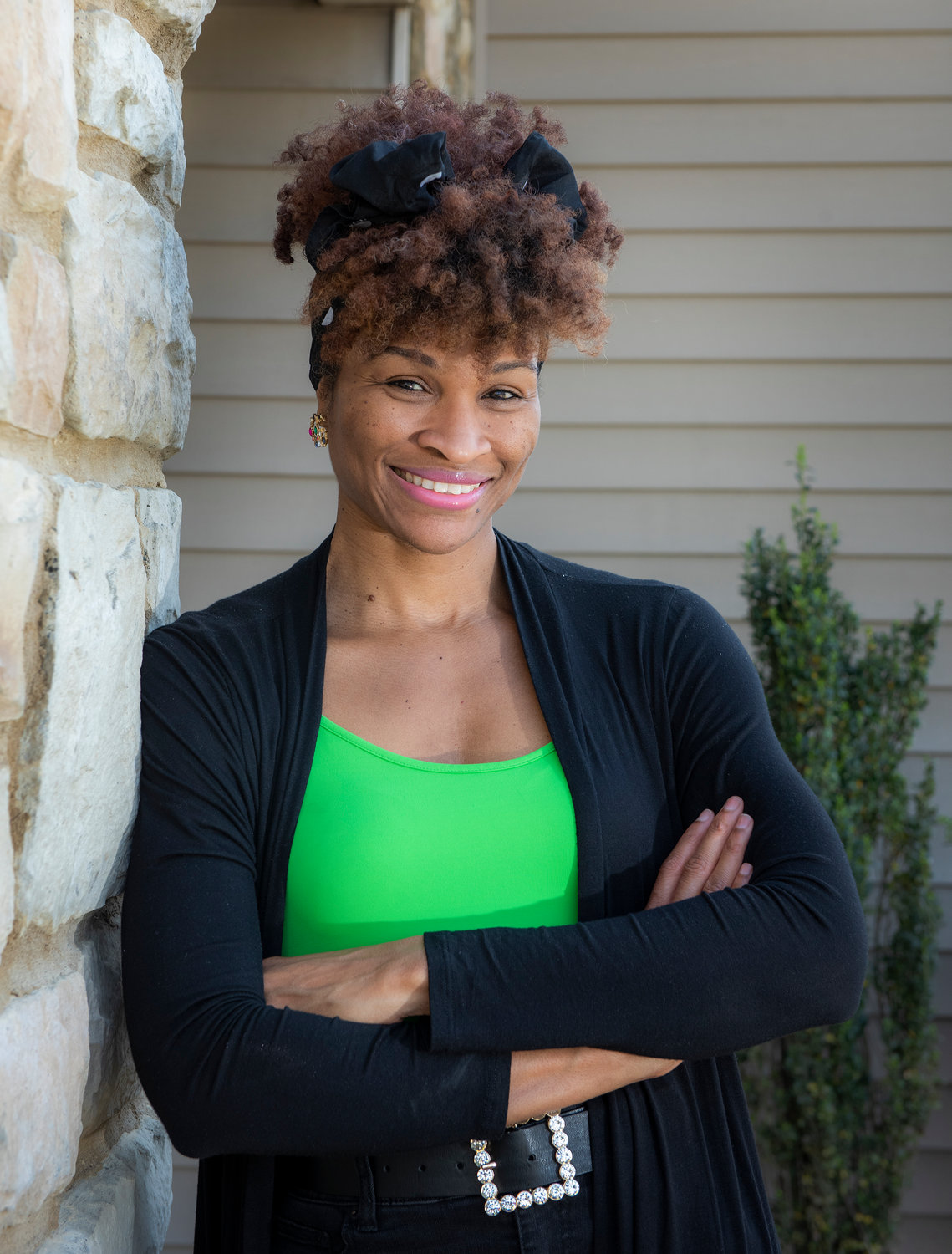 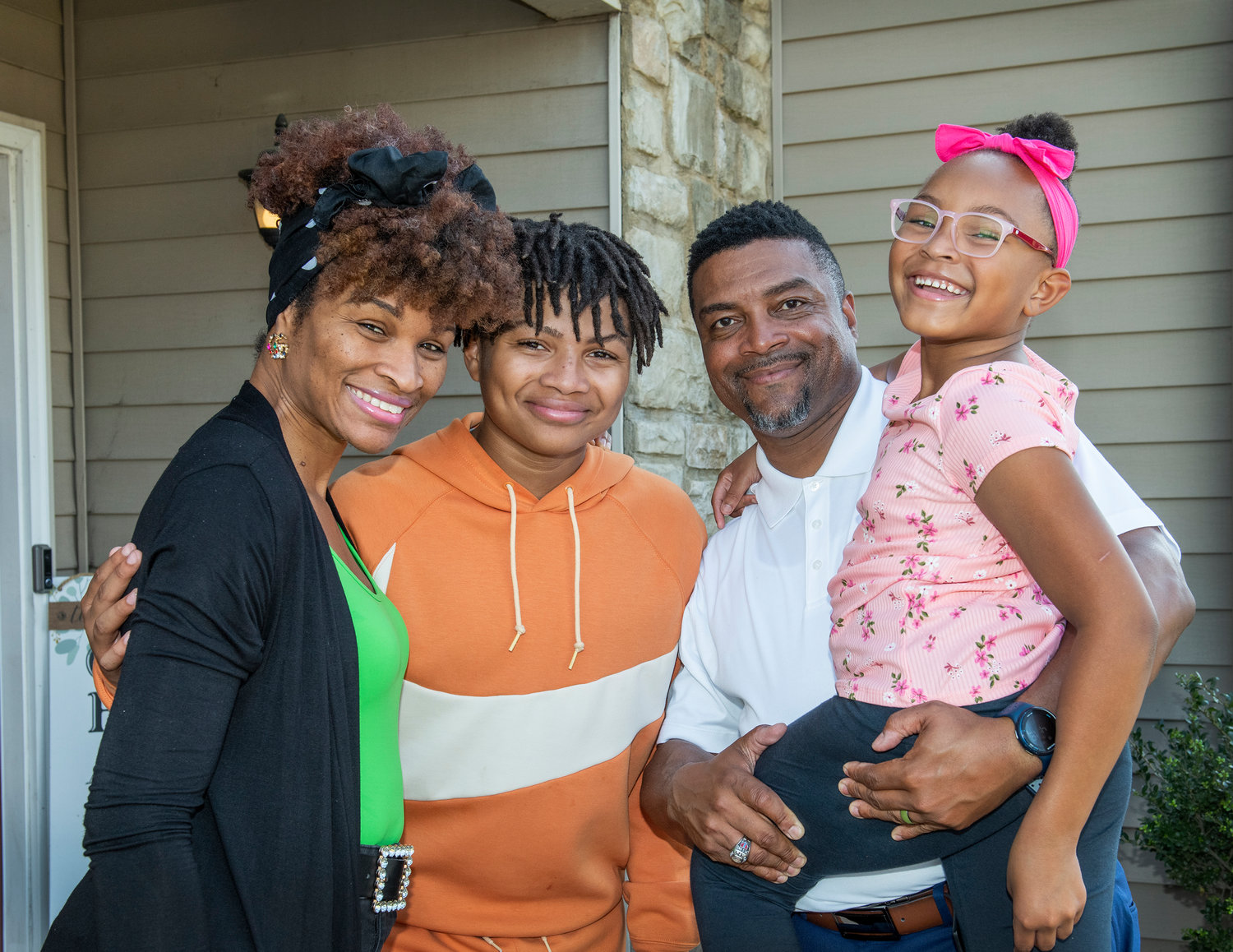 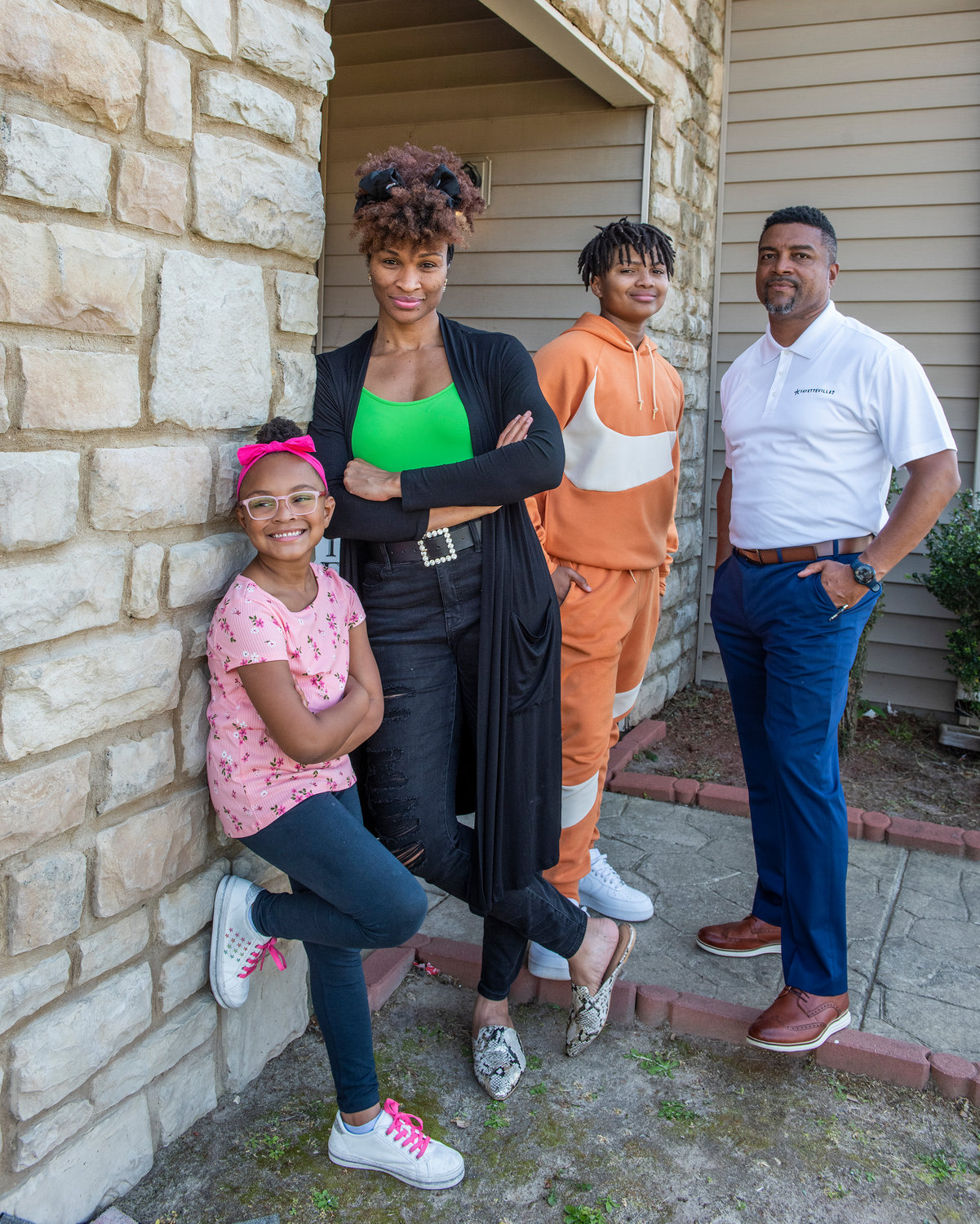 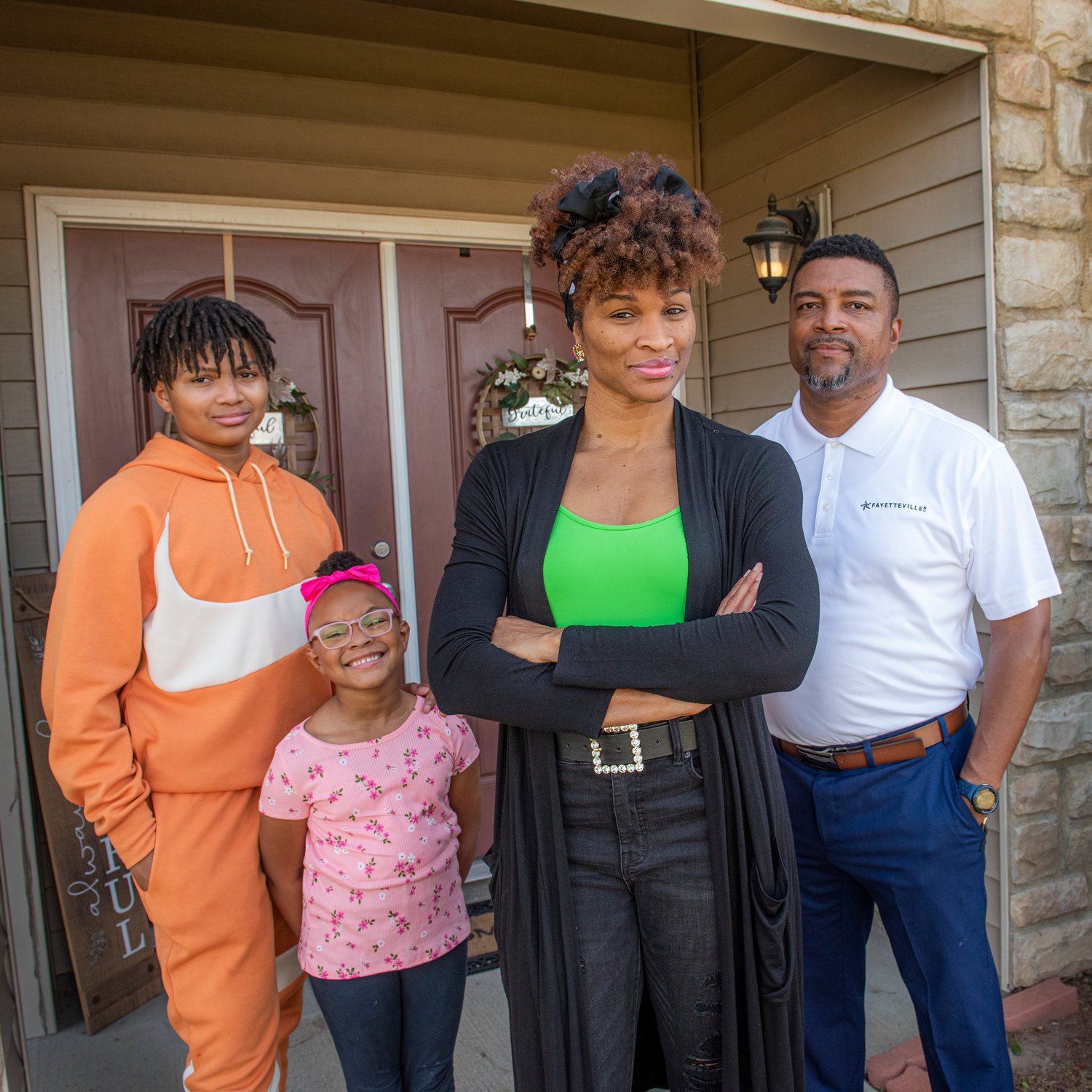 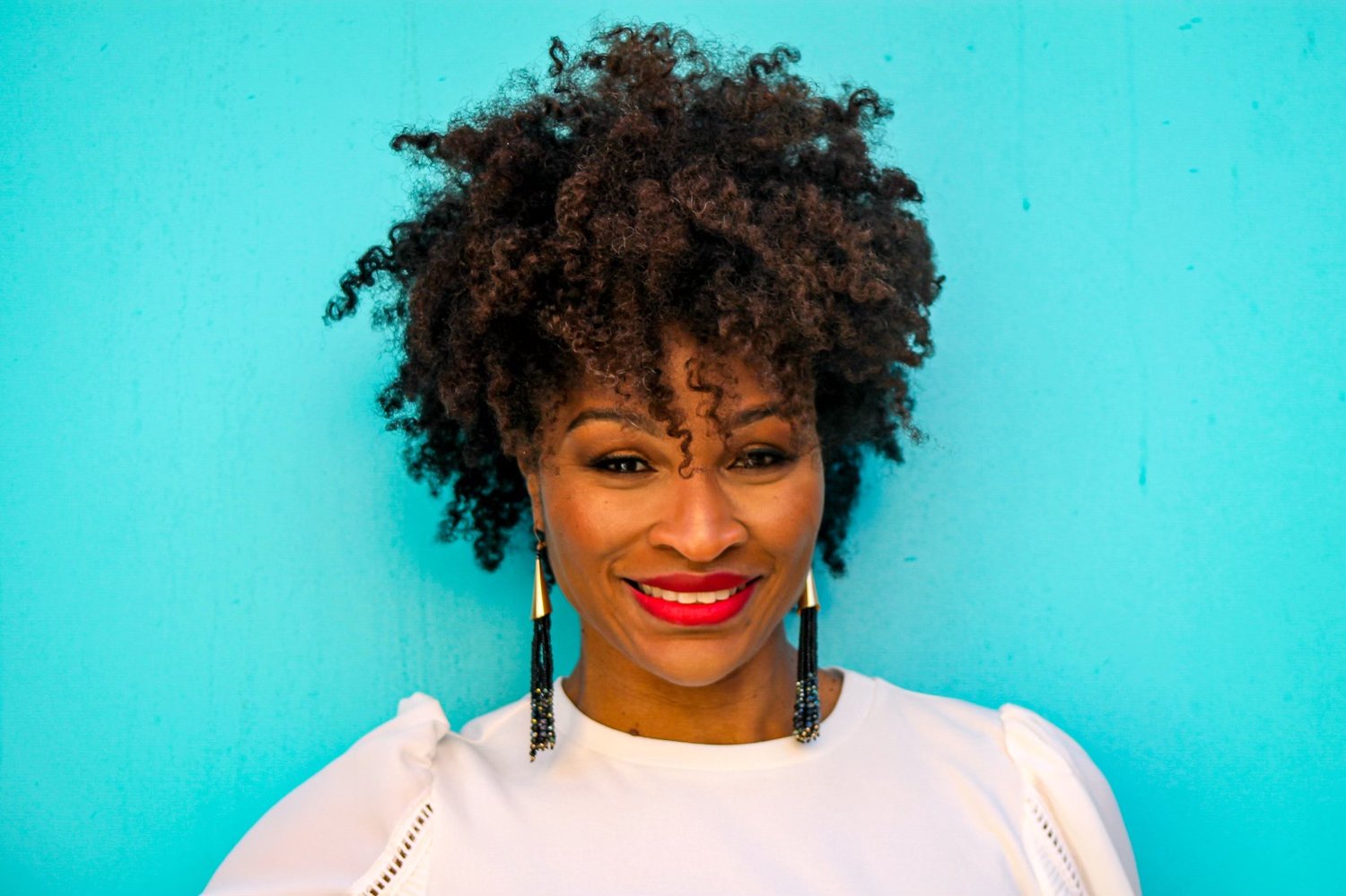 Demetria Davis
Previous Next
Posted Sunday, May 8, 2022 5:39 am
By Michael Futch

Demetria Washington Davis says she has had a maternal instinct since her days in college at the University of South Carolina in Columbia.

That’s where she was given the nickname “Mama Dee” by a fellow track-and-field team member because of her reputation for helping others. Davis would always check on other students to see if they needed groceries or perhaps some of her home cooking.

Davis is still known as Mama Dee at home, at church and in the community.

But Mama Dee now has a new title: She is the reigning North Carolina Mother of the Year. The award is given by American Mothers Inc., a national nonprofit organization that provides mentoring, grants and other support for mothers and children.

“It wasn’t me,” she says of winning the recognition. “It was God shining through me.”

The 42-year-old Davis — who says, “I’m getting younger” - was scheduled to vie for National Mother of the Year honors in a virtual competition on April 30.

She says her 21 All-American honors are the most for a woman in USC history.

Davis also has been an SEC champion and a gold medalist at the World Championships.

Her competitive spirit remains intact, and she currently plays flag football with the Fayetteville Lady Ducks.

She is the mother of five children and grandmother to 2-year-old Raelynn. Her children are Keana Turner, 27, who lives in Fayetteville with her husband, Micah; Christian Davis, 20, who lives in Pittsburgh; Darren Davis, 17, who lives in Florence, South Carolina; and Britton, 12, and Regan Lilly, 7, who both still live at home.

“My philosophy is just that all of our kids are different. So just being intentionally understanding that they all are different (is important). They all learn differently; they all react differently; their emotions are all different,” she says. “And so, as a mother, even with me and my husband with parenting, you have to be able to decipher when to do what, when not to do what, even when you are correcting them.”

That’s true with her own children as well as those she deals with outside the home.

"Some of them have different backgrounds. Some of them deal with different things differently. That’s one of the philosophies that I use — that all of our kids are different, and you really have to be in tune with your children and those that are around you.”

It was a first runner-up finish at the national level of the Mrs. International competition a year ago that provided Davis with a springboard to the N.C. Mother of the Year title. A fellow contestant, Emily Brooks, nominated her for the North Carolina title.

“Apparently, throughout that weekend and that day, she just noticed some traits and some characteristics that she thought were awesome. So she nominated me,” Davis says. “She noticed what I was talking about and how I was helping everyone that weekend, and me talking about my love for Jesus Christ. She just said I had a beautiful spirit.”

In January 2021, she launched her private-chef catering business, Dee’s Champion Cuisine, from her home in the Jack Britt school district. The idea was to take catering to another level. Davis loves to cook, and she loves to eat.

“Family and food are important to us,” she says.

Davis is a minister at the nondenominational church Force of Life Fayetteville. Her husband, Chris, is the lead pastor.

Chris Davis is also a member of the Fayetteville City Council and a candidate for the N.C. House of Representatives District 45 seat. He served for 22 years in the Army.

“She sacrificed while I was deployed,” he says of his wife. “Now she’s a servant, with us being pastors. It’s a blessing.”

Davis grew up in the Hollywood Heights neighborhood. Her family moved to Arran Lakes when she was in the fifth grade.

She says she started running track as a child. Initially, she competed in the long jump and hurdles. Eventually, she moved on to 100-, 200- and 400-meter sprint dashes and relays.

She graduated from Terry Sanford High in 1998. She earned a bachelor’s degree in exercise science from USC and a master’s of education in teaching and instruction from Liberty University.

After college, she was part of the 4X400-meter relay team that took home the gold medal at the World Championships in Athletics in Paris.

On March 28, she was saluted with a city proclamation recognizing her as N.C. Mother of the Year. Her husband read the proclamation aloud during a Fayetteville City Council meeting.

“I just wanted to thank the mayor and the council for this amazing award. Oh, gosh, here come the tears,” she said on the night of that honor. “When they called me about this award, I did cry. Because there are so many amazing mothers here in North Carolina and here in Fayetteville and on the council.

“It really, really, really means a lot to me to be able to represent North Carolina as the Mother of the Year,” Davis said. “I just want to leave a legacy, and what I always do — I just live from my heart. And I make my life a platform for God to show through me and in whatever way it affects people. This award has definitely changed my life and my family’s life.”

She took the national Mother of the Year competition in stride.

“It doesn’t matter if I win or not. The biggest thing is I’ve met nice people. I don’t think of it as competition. It was enough to be nominated. There are so many good mothers. We’re just being who we are — mothers.”