Concerts, camellias, tiny cottages and gourmet cuisine are some of the highlights of Cape Fear Vineyard & Winery 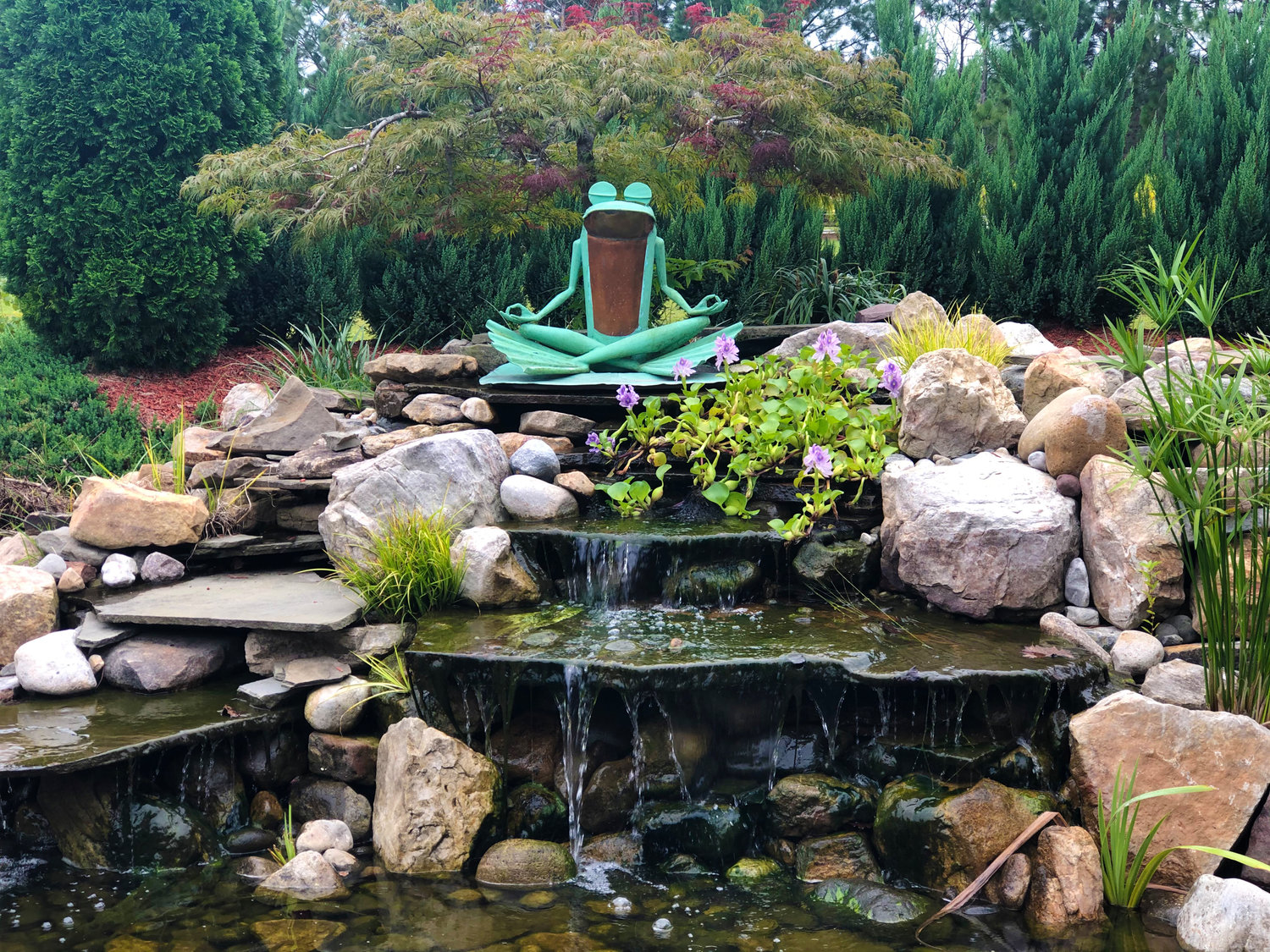 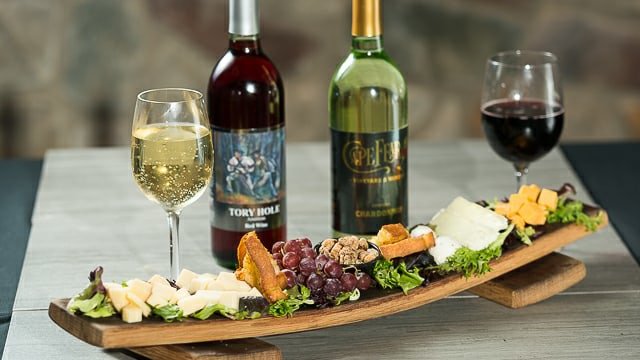 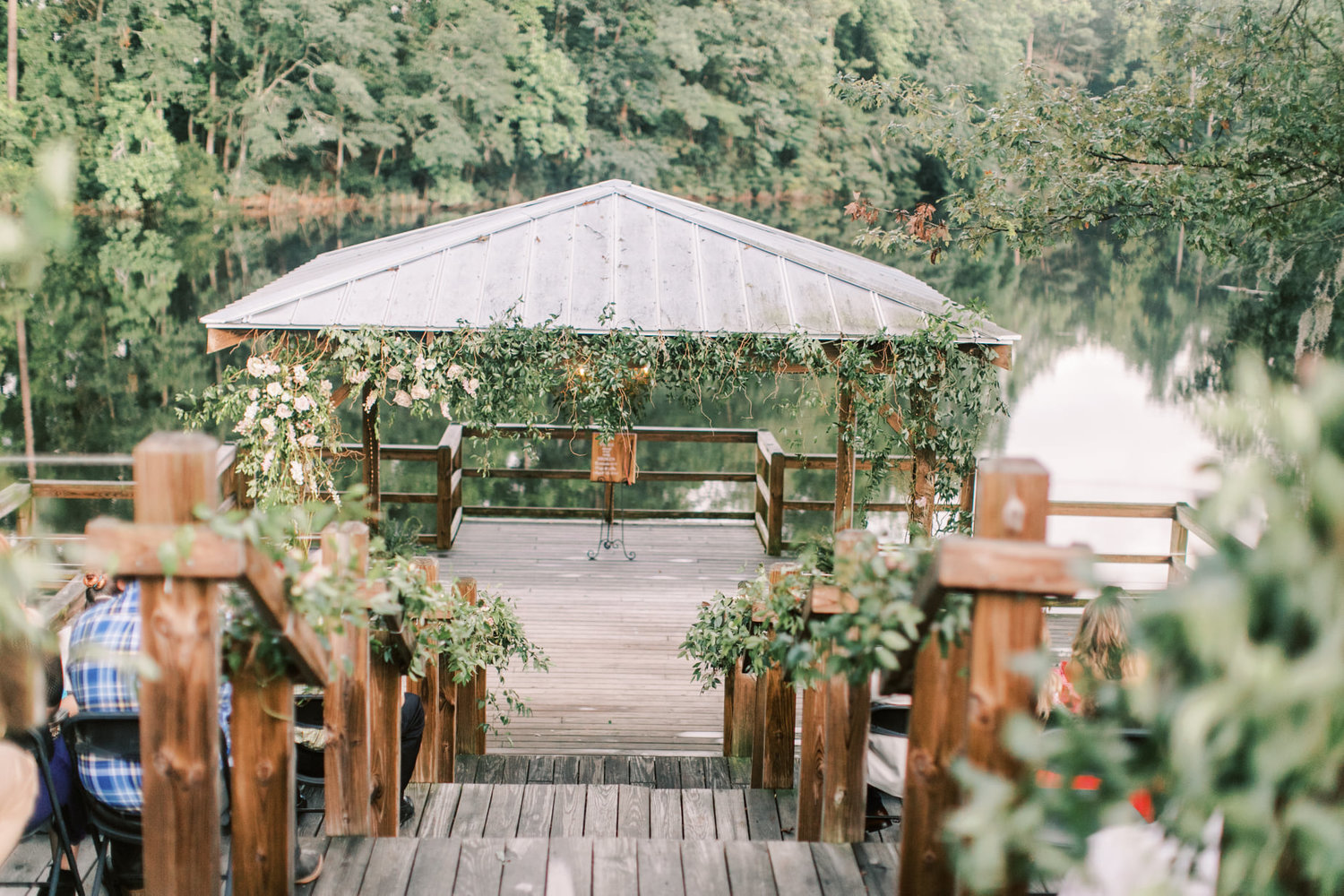 Behold, Shangri-La on the outskirts of E-town. For those unfamiliar with the geography, that’s Elizabethtown, a 40-mile drive give or take just southeast of Fayetteville in Bladen County, a land of longleaf pines and roughly the midway point of the Cape Fear River.

Our destination is Cape Fear Vineyard & Winery, which captures us at the cute little cottages all in a row, palmetto trees and peacocks on 14 picturesque acres. Add in ducks, geese and rabbits, and a trifecta of miniatures: horses, donkeys and llamas.

“It is kind of Disney,” laughs Alex Munroe, the visionary creator and owner. “But you don’t have to go to Orlando.”

As the attraction’s name implies, there is also a lot of wine to sample. And an award-winning distillery that’s become so buzzworthy, even Carnival is slated to offer Cape Fear rum on its cruise ships.

The Cork Room restaurant features modern American cuisine with several dishes that incorporate home-grown wine and spirits. Most entrees are $15 to $32. The dining room is decorated with a mind-boggling array of Hollywood, music and sports memorabilia that Munroe has been collecting since about age 10, when on a dare, he approached famed UNC Tar Heels Coach Dean Smith on a plane and asked him for his autograph.

Munroe, a successful businessman who made his name in plastics, then sold his company in 2018, discovered the land a few years back when he would bring his ailing Irish setter, Daniel, there to walk and reflect on life. Long story short, Munroe bought the property that was set for foreclosure and got to work. He looks at his current business as a way to help the economy of Bladen County, from where his family hails. And he’s having loads of fun doing it.

A lakeside pavilion, one of the largest exhibits of camellias in the state, and the aforementioned cool cottages — which rent for $110 to $195 per night — are just some of the reasons the destination has become popular for weddings and corporate retreats. Or just a much-needed day trip or evening out.

Concerts are another draw — from rock to country — including recent performances by 38 Special and Jo Dee Messina. Munroe says more music shows are planned, along with comedy nights and murder mystery evenings. In 2021, an appearance by legendary rock ’n’ roll photographer Henry Diltz sold out quickly.

While many businesses have downsized during the pandemic, Munroe is in expansive mode.

Plans include a day spa featuring pampering services such as wine baths and bourbon facials.

Another recent addition is the Tipsy Toad Gallery for art or keepsakes — or pick up some wine and spirits to take home. Of course, there’s always the option to while away the time in a rocking chair on the front porch, too. Folks here call it savoring the sweet life.

Want to know more? Visit capefearwinery.com or call 910-645-4291, or connect on social-media platforms.

Faith in the community

Here’s to your health