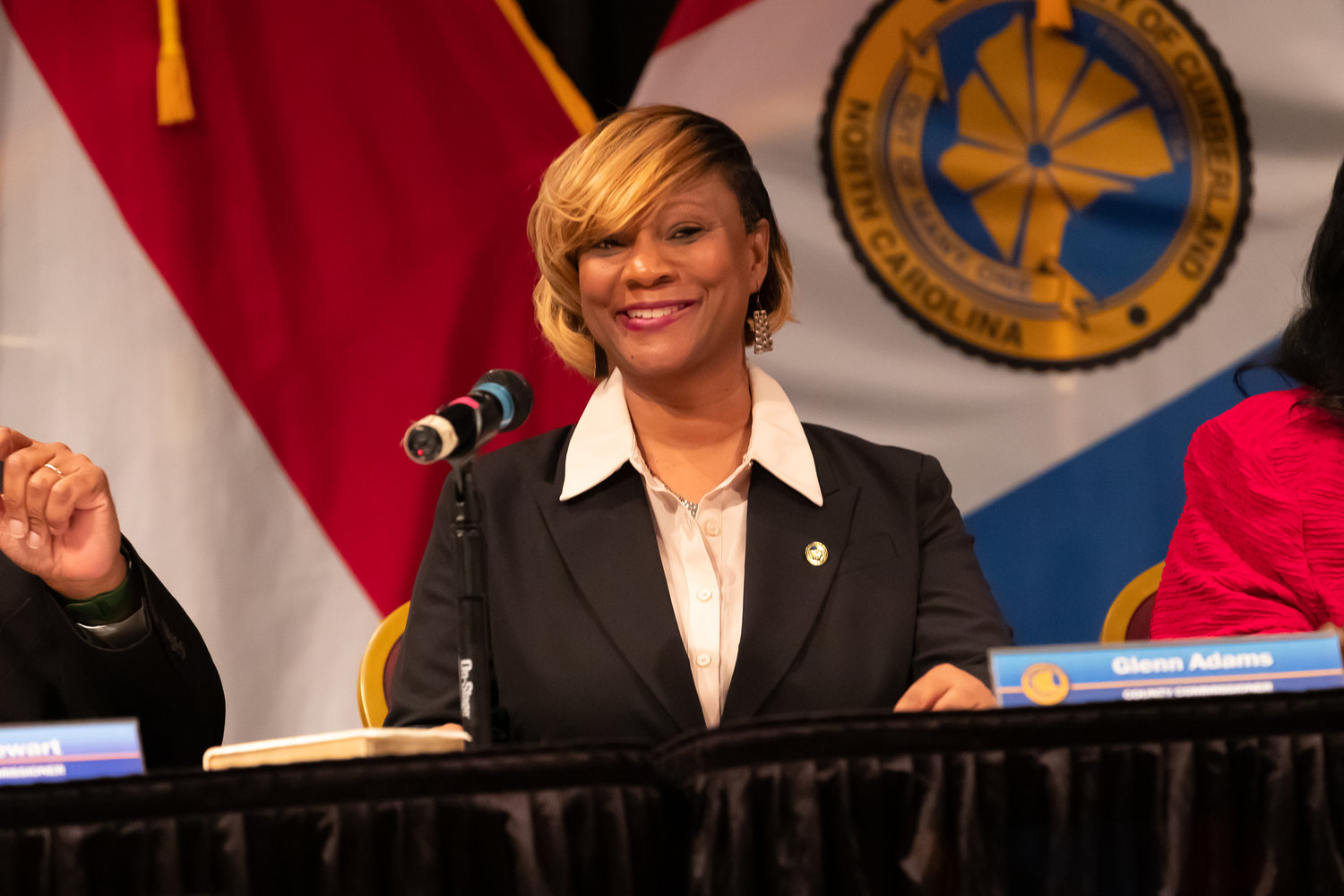 Toni Stewart, the new chairwoman of the Cumberland County Board of Commissioners, says addressing homelessness will be one of her priorities.
Photo by Tony Wooten 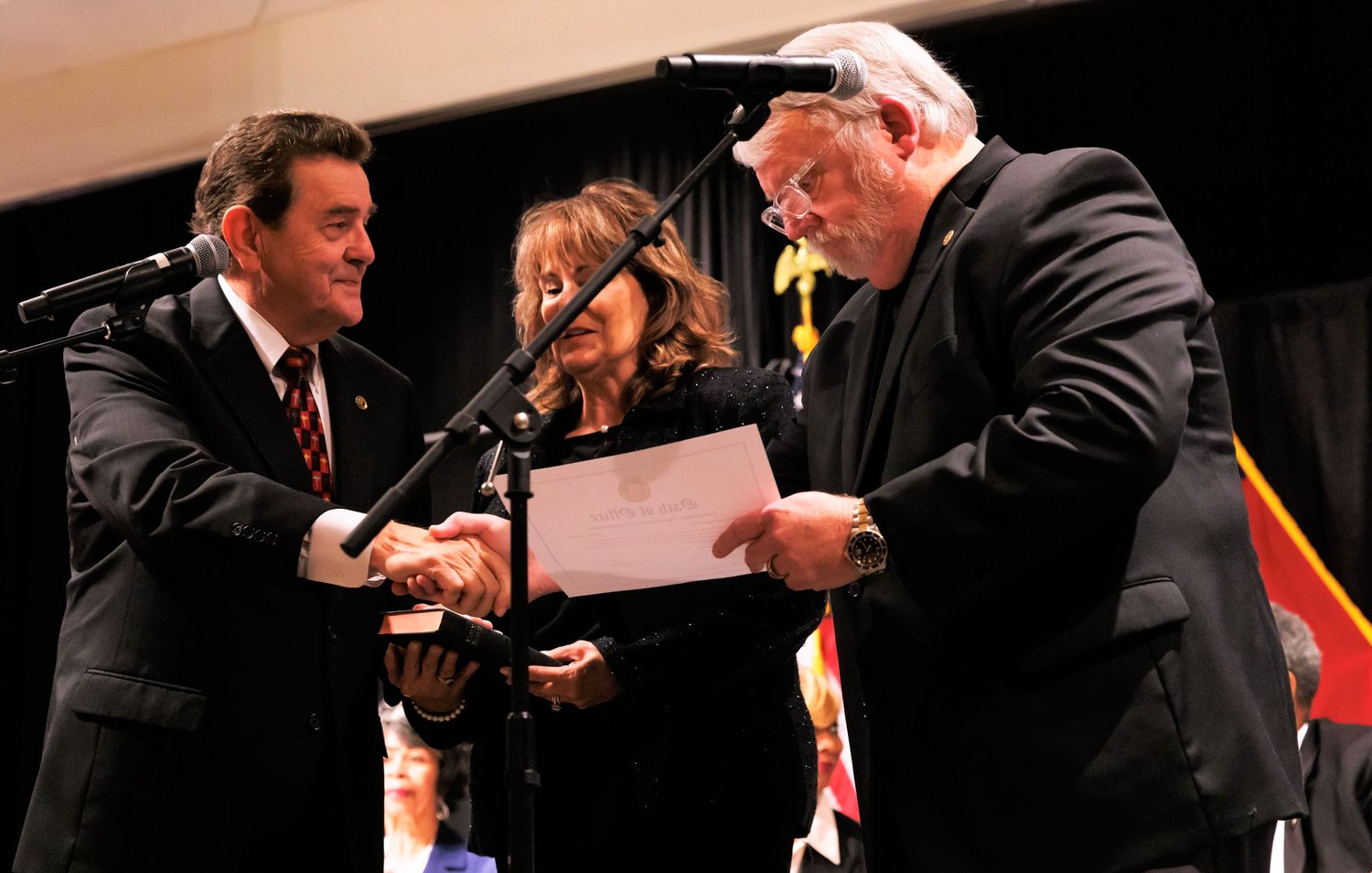 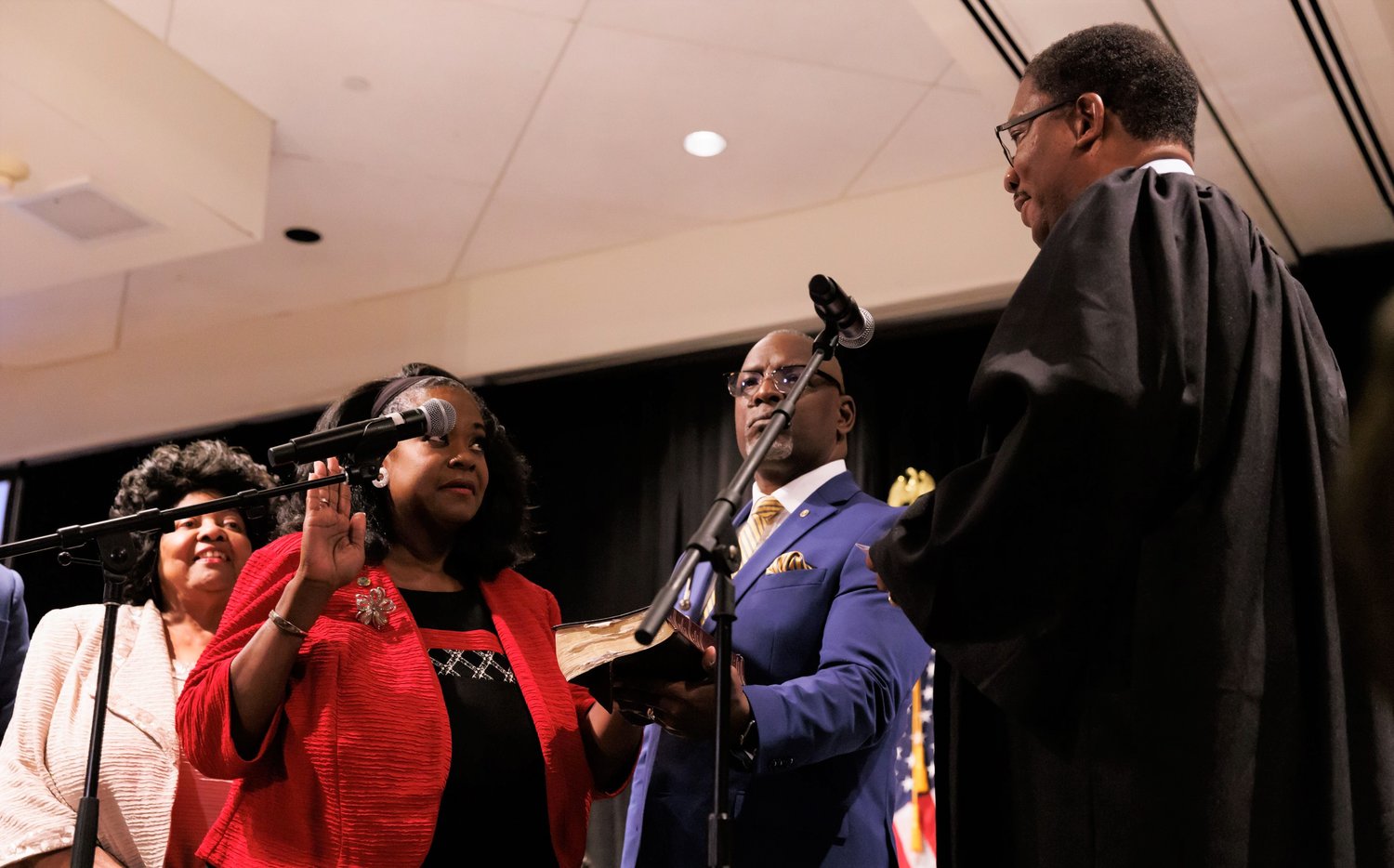 District Court Judge Stephen C. Stokes administers the oath of office to Veronica Jones as a new member of the Cumberland County Board of Commissioners on Monday night.
Photo by Tony Wooten 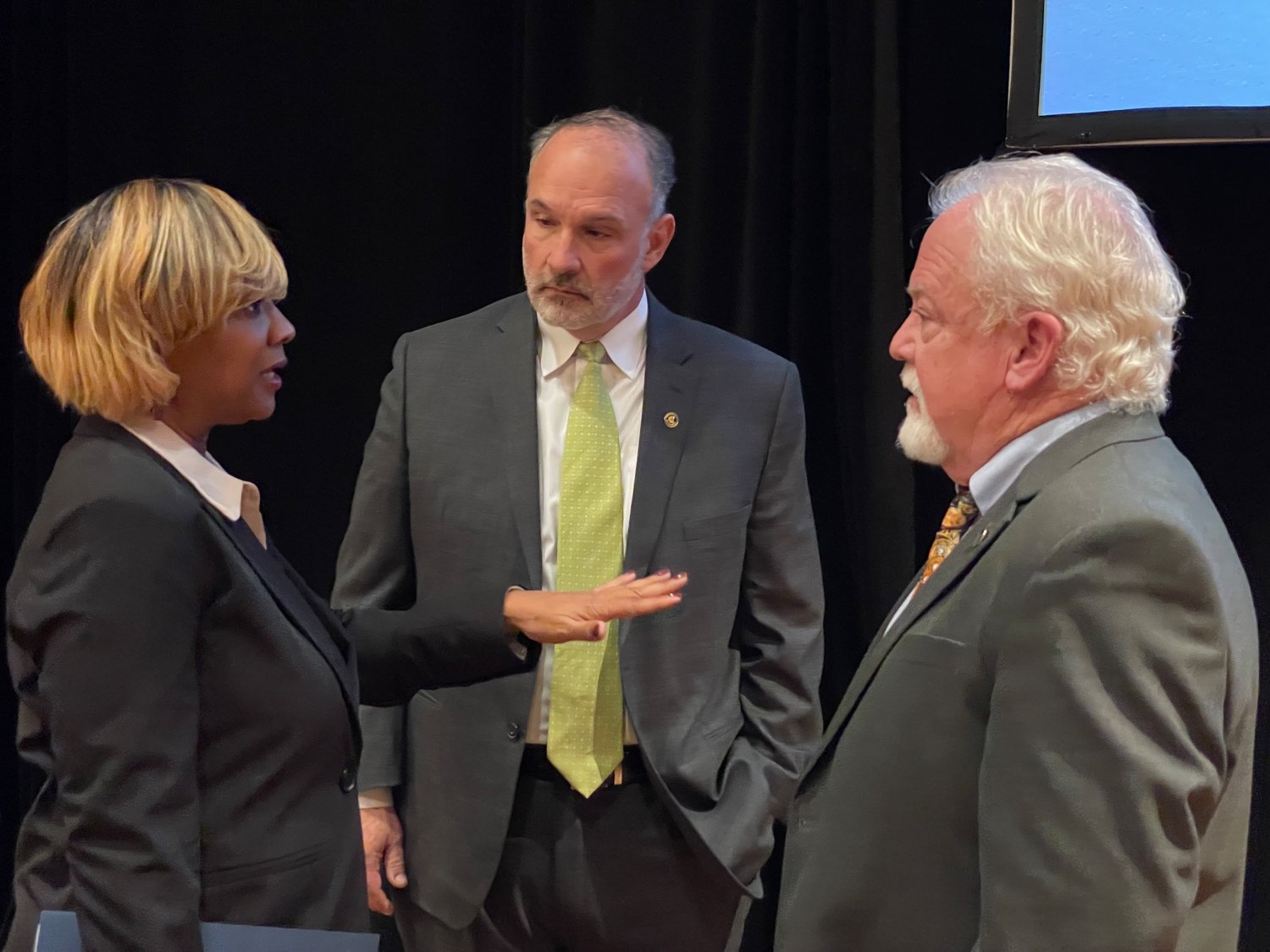 Board Chairwoman Toni Stewart talks with Commissioners Jimmy Keefe and Michael Boose after Monday's meeting. Keefe and Boose voted against Stewart's nomination for chairwoman. The two said there was a lack of prior discussion about who would lead the board, and that their votes were nothing personal against Stewart.
Photo by Jason Brady
Previous Next
Posted Wednesday, December 7, 2022 2:00 am
By Bill Kirby Jr. | Columnist

If you are homeless in this county, you have an advocate in Toni Stewart, chairwoman of the Cumberland County Board of Commissioners.

She is a passionate voice for those without a roof over their head.

“I’m passionate about homelessness and mental health,” Stewart, 51, was saying Monday night after a 5-2 vote by the new county board of Glenn Adams, Jeannette Council, Marshall Faircloth, freshman Commissioner Veronica Jones and Stewart in front of about 100 people at a special called meeting at the Crown ballroom. “I am committed to those endeavors.”

Commissioners Jimmy Keefe and Michael Boose voted against Stewart and Adams, saying there was never any discussion before the nominations.

Nothing personal, he said, against Stewart.

Boose, in his second term, agreed with Keefe, saying there was never any advance discussion about a successor to the chairman’s gavel. Perhaps it was because Stewart, as vice chairwoman, was the choice of assumption.

Boose and Keefe had dour faces when votes for Stewart and Adams were called. Both later told Stewart their votes were not personal against the new chairwoman, who is in her second term. The dissenting commissioners gathered amicably with Stewart at meeting’s end, but it was apparent Keefe and Boose were not happy campers.

You just have to love Cumberland County politics going back to Morris Bedsole, the commissioner who voted for himself in 1987 to become sheriff, and even back to Bill Tyson in the early 1980s, who would vote against his own motion if it meant he had to agree with fellow commissioners.

A familiar face and a new face

Otherwise, Faircloth said he was happy to be back on the board after losing his seat in 2020.

“It’s a pleasure to be back,” the 73-year-old certified public accountant and former board chairman said. “It was a good two-year respite, but I’m full of energy and ready to go.”

Jones, 56, might be a new face on the board, earning 41,621 official votes in the Nov. 8 general election that included Faircloth with 39,203, former state legislator John Szoka with 35,497 and Ron Ross with 30,339. But Jones is no newcomer to local politics, having served as campaign manager for former Spring Lake Mayor Chris Rey and former Fayetteville City Council member Larry Wright. Rey and Wright were on hand for the ceremony.

Gray’s Creek water issues, she says, will be high on her priority list, and the $85 million Crown Event Center scheduled for construction in the parking lot of the Judge E. Maurice Braswell Cumberland County Courthouse.

“It would not have been my choice,” she said about the downtown site.

Jones says she would have preferred the I-295 Outer Loop as a more logical choice to replace the aging Crown Theatre and Crown Arena that will close in 2025.

Stewart, with a long list of community service, told those in attendance that her focus as chairwoman will be to guide the board with priorities on economic development, pursuing the county American Rescue Plan investments, access to clean water and working with Clarence Grier, the new county manager who is scheduled to begin March 1.

And addressing homelessness throughout the county.

“Because it’s a crisis with military veterans, children and families,” Stewart later said.

The new chairwoman plans to be a prominent voice for the homeless and those struggling with mental health challenges.

“To address homelessness,” Stewart says, “you have to address mental illness.”

So, there you have it.

A new Cumberland County Board of Commissioners, and a new county manager on the way. We’ll be watching.