Lennie Rosenbluth, who led the University of North Carolina basketball team to the 1957 NCAA National Championship and a perfect season, died at age 89 on Saturday in Chapel Hill. 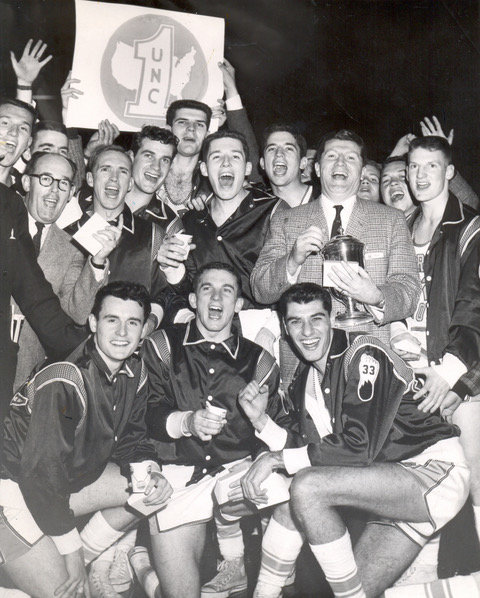 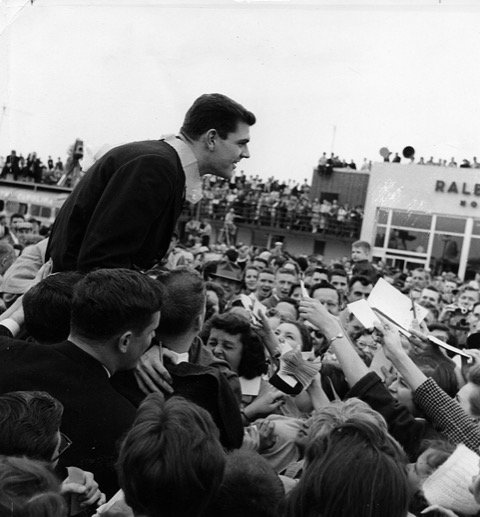 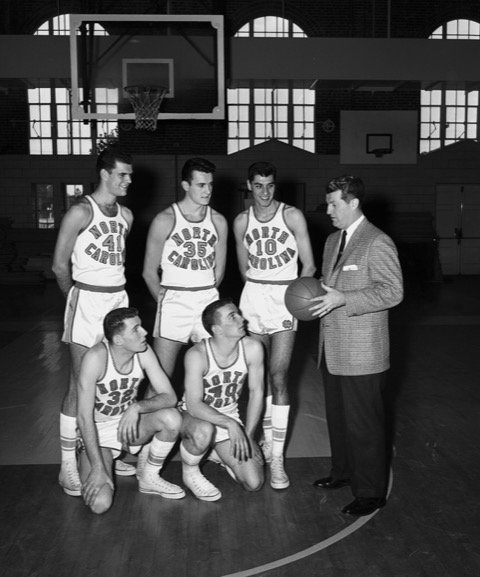 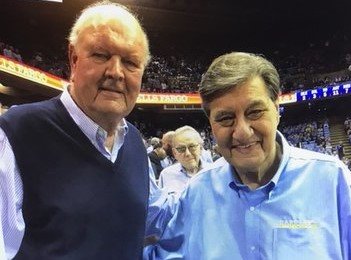 They were college basketball teammates, one a prolific offensive wizard and one who converted two free throws to secure a national championship and an unbeaten season that still is revered in Chapel Hill.

Lennie Rosenbluth was the team leader.

Joe Quigg was the calm junior forward in the final seconds of triple overtime who would lead the University of North Carolina to a 54-53 victory over Kansas and a 32-0 season on March 23, 1957, in Kansas City, Missouri.

"Every time we talked about it or he was talking about it somewhere, he would say, ‘I’m so glad it was you and not me on the foul line,’” Quigg, 85, says about Rosenbluth. “He had faith. He was the guy at the beginning of the season who said, ‘We are going to win ‘em all.’”

“He was a great shooter,” Quigg says. “Naturally, we couldn’t have won 32 games without someone of his quality.”

He averaged 27.9 points and 8.6 rebounds per game in the 1956-57 season, scoring 20 points in the finals against Wilt Chamberland-led Kansas while leading the Tar Heels to a 32–0 record. His 2,047 career points stand today as the only Tar Heel to achieve those numbers in three seasons – and without a three-point line.

Rosenbluth was drafted by the Philadelphia Warriors of the National Basketball Association but played only two years before teaching and coaching high school basketball in Wilson and later in Coral Gables, Florida, for 35 years.

He returned to Chapel Hill in 2012, Quigg says, where his first wife, Pat, could be treated for cancer at UNC Hospitals. Rosenbluth later remarried and spent his time enjoying being a part of the Chapel Hill community and attending Tar Heels basketball and football games. And he was ever humble when the ’57 national championship team would be recognized at the Dean E. Smith Center.

“He’d say, ‘Can you believe they still remember us?’” Quigg says.

Rosenbluth, the kid from the Bronx, was a humble hero and modest about his time as a Tar Heel and the banners and accolades of another time.

Quigg looks back on that 1956-57 season and sees Rosenbluth in all of the legendary Tar Heel icon’s athletic splendor.

"Back then you had to win the ACC tournament” to advance to the NCAA tournament, Quigg says. “We were 26-0 and down a point with a second to go against Wake Forest. Lennie makes a hook shot, is fouled, makes the free throw and we were able to win. It was the most crucial shot he made all year.”

Without that Rosenbluth shot, there would have been no national championship or undefeated season.

“It would have ended there,” Quigg says.

“He loved living there,” Quigg says. “The last time I saw him, we were in Chapel Hill maybe a month ago. Carol and I went by his house. He was in a wheelchair. He was in good spirits and doing well, and we had fun reminiscing about old times and talking about today’s Tar Heels and the new coach Hubert Davis.”

Carol Quigg says she talked with Rosenbluth’s son, Steve, after his father’s death.

“He said that in the middle of every talk, he would always say, ‘It’s every schoolboy’s dream’ of shooting the final shots and winning a national championship,’’’ she says. “‘And Joe Quigg has lived that dream.’ And then Steve said you can’t believe how humble he was. He said, ‘It was the team. I couldn’t have scored if Joe or Pete had not thrown me the ball.’ His son said he was never braggy about his accomplishments, and there were so many.”

She also remembers visiting with Lennie Rosenbluth in Chapel Hill after the death of his first wife.

“I recall his saying, ‘People do not really know me,’” she says. “’My name is associated with basketball, but what they don’t know is that I love the opera and the theater. I can still visualize that conversation so clearly. Not many people know that about him.”

Joe Quigg, who became a Fayetteville dentist after his basketball days at UNC, is thinking of Rosenbluth in these days when a Tar Heel great is being remembered as the kid cut from his high school basketball team only to become a UNC basketball legend.

They once were teammates.

"We only have three guys left – Tommy Kearns, Bob Young and myself,” Quigg says. “But he was the biggest part of us. Only an All-American can do what he did for us.”