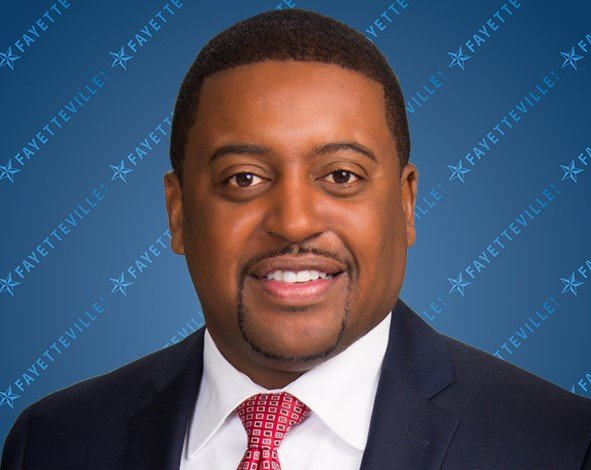 Mitch Colvin: “I can clearly show the results of progress since I’ve been elected mayor.”
Contributed 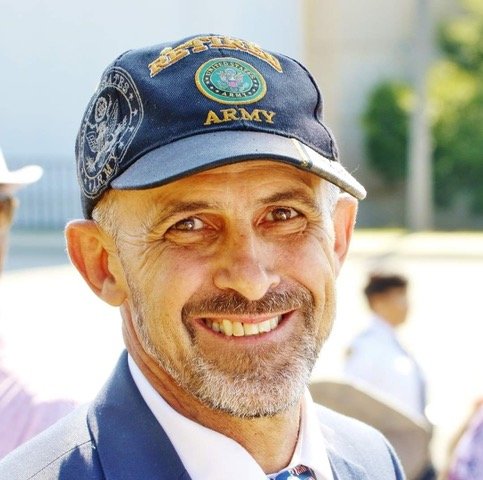 Freddie Delacruz: “It’s a sad situation we’re looking at how many people are being murdered in Fayetteville now. Just look at what’s going on with crime.”
Contributed
Previous Next
Posted Wednesday, June 15, 2022 5:39 am

This wasn’t a debate between the city mayor and the challenger who wants to be mayor, but it was an informative and enlightening back-and-forth exchange between incumbent Mitch Colvin and Freddie Delacruz.

You might say it’s just what Jimmy Buxton Jr. and the Fayetteville NAACP wanted at the organization’s candidates’ forum held Sunday at the downtown Headquarters Library.

“We’ve asked all of the City Council candidates to appear,” Buxton said prior to the forum, “so you can be educated on the way they feel.’’

Colvin wasted little time in telling us about how this city is becoming progressive with new businesses driving economic development and a rebranding of Fayetteville, and Delacruz didn’t tarry in telling us that one of the most pressing community issues is crime.

“It’s a sad situation we’re looking at how many people are being murdered in Fayetteville now,” said Delacruz, a retired Army lieutenant colonel with a military police background. “Just look at what’s going on with crime.”

He surely has a point.

Something has to be done, Delacruz said, and if elected mayor in the July 26 municipal election, addressing community crime will be a No. 1 priority.

Delacruz said he decided to run for mayor as a result of May 30, 2020, when rioters protesting the death of George Floyd in Minneapolis damaged the Market House and set the stairwell on fire. He disagrees with the Fayetteville police chief who held her officers at bay as the destruction to the tune of $84,000 took place.

“The policemen were told to stand down,” Delacruz said. “Why in the world would you tell police officers to stand down? If you're gonna arrest somebody that would be the time to arrest him.”

The mayor countered by saying neither he nor the council can override the police chief.

“This is not the 1960s where we turn dogs and water hoses and unleash fury on citizens who are behaving or misbehaving,” Colvin said. “There’s a process. Our police officers came home safe that night. We didn't have any police funerals to attend and nor did we have any citizens’ funerals to attend. But we did have 62 indictments to hold people accountable who acted outside the bounds of the law ... We were commended by people across this country, Republican and Democrat, for how we handled it with no lives lost.”

The mayoral candidates were interesting to listen to and touched on topics from accountability, housing issues, homelessness, the Murchison Road corridor, the unincorporated Shaw Heights area and the Jan. 8 shooting death of Jason Walker by an off-duty Cumberland County sheriff’s deputy in west Fayetteville. They weighed in, too, on gun control and medical marijuana.

And the mayor certainly wanted to remind the Pate Room audience and Facebook viewers that this is a city moving forward.

“I can clearly show the results of progress since I’ve been elected mayor,” said Colvin, who is seeking his third mayoral term. “We've had over 3,500 jobs for the first time ever. We've had a global company invest twice in our community within a 12-month period. We spent record amounts investing in streets, infrastructure and sidewalks. You can clearly see companies are coming to Fayetteville and we're starting to rebrand ourselves to tell a positive story versus the story that has been painted over the years as the Fayettenam community.”

Buxton was pleased with the mayoral forum.

“I thought they tried to answer the questions the best they could,” he said Tuesday. “I think the mayor showed his knowledge and Delacruz as a once military police officer. We had a lot of compliments after the forum was over. They said it was very educational. That’s why we put it on – to educate the community. I was very pleased with it.”

This was a well-done forum.

It wasn’t about Buxton or moderator Amanda Williams. It was about the candidates for mayor and the City Council.

But a Sunday afternoon for a forum may have been ill-timed. A Sunday can be for the Sabbath and family time.

“Per an unavoidable scheduling conflict with a pre-scheduled multi-ministry ceremony for ministers, I was not able to attend the forum,” Jones, who is a pastor, said in an email to CityView TODAY. “Due to COVID-19 restrictions, this has been two years in the making and my presence is required for such being in the position that I am in within the field of ministry. This has been relayed to the NAACP as well. I take my official duties for council extremely seriously and will continue to do so for city residents as long as I am in this specific seat. The aforementioned can also be partly observed per my attendance at all council meetings, special meetings, work sessions, agenda briefings and budget sessions to date, since my appointment.”

Dawkins says he was out of town.

“I planned my vacation, with friends, four months ago long before I heard about the debate last weekend,” Dawkins says. “I have the other debates on my schedule.”

The three challengers not in attendance were Alex Rodriguez in District 1, Brenda McNair in District 8 and Deno Hondros in District 9.

“I had to work,” Rodriguez says. “Conflict with my work schedule precluded me from attending. I was chiming in on the Facebook feed. So if anyone had any questions, they could ask. Almost half the candidates didn’t attend. Why did they have to schedule it on a Sunday?”

Buxton makes no apologies for a Sunday forum.

“We always have had ours on Sunday,” he said.

Buxton said he personally wrote and sent Invitations to every candidate. He said Jones, McNair and Rodriguez informed him of conflicts. Buxton said he never heard from Ingram or Banks-McLaughlin.

Just some 60 residents attended the forum, not good considering there are 126,834 registered voters in the city out of a city population of 206,000.

But we surely learned something about the mayoral race for when the July 26 election comes around, and it was an informative back-and-forth between the mayor and his opponent.