City Council will have three new faces, and possibly four, should Mario Benavente hold his lead in a recount 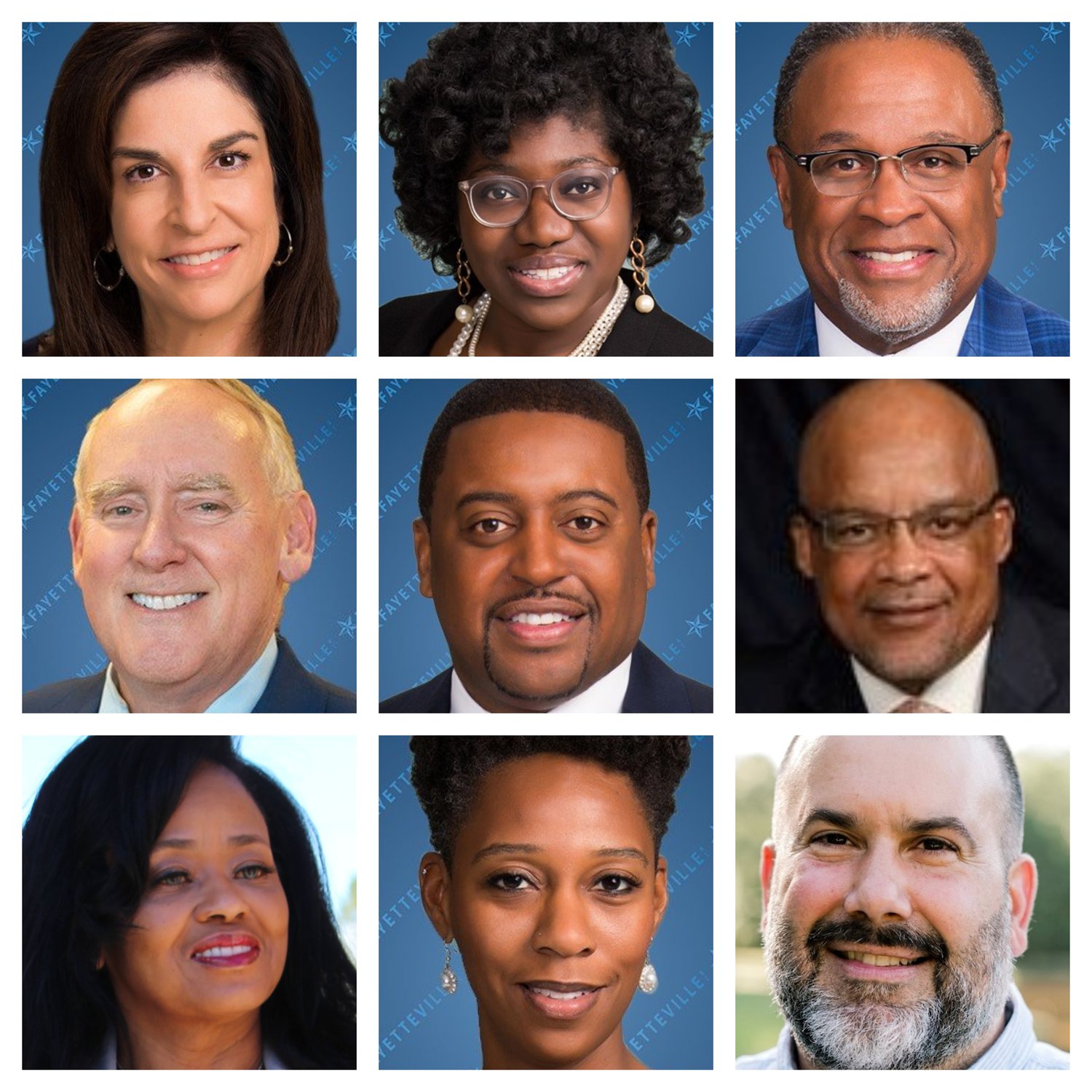 Mayor Mitch Colvin, center, will be sworn in for another term Thursday along with nine members of the City Council. Top, from left: Kathy Keefe Jensen, Shakeyla Ingram, D.J. Haire. Center, from left: Johnny Dawkins, Mitch Colvin and Derrick Thompson. Bottom, from left: Brenda McNair, Courtney Banks-McLaughlin and Deno Hondros. Not pictured is Mario Benavente, who faces a recount Thursday morning in his bid to unseat Antonio Jones.
Posted Wednesday, August 10, 2022 1:00 am
By Bill Kirby Jr.

Mitch Colvin will place his left hand on his personal Bible on Thursday in taking the oath as Fayetteville’s mayor for a third consecutive term.

He describes it as a swearing-in of gratefulness.

“I will, of course, thank the citizens for entrusting me for another term,” says Colvin, 49, who will be sworn in by N.C. Supreme Court Associate Justice Anita Earls in the 6 p.m. ceremony at Seabrook Auditorium on the Fayetteville State University campus. “I will articulate our vision for moving the city forward over the next few years.”

The inauguration-council meeting is open to the public and will be air live on FayTV and later be available at the city’s YouTube channel here: city YouTube channel. A reception — at a cost of $6,732, according to the city — will follow in the auditorium lobby.

Others members returning to the council are:

Newcomers to the council are:

Now, you may be wondering about District 3, where Councilman Antonio Jones, 48, requested a recount of the official returns in the race between himself and challenger Mario Benavente, who holds a six-vote lead.

We won’t know the winner until sometime Thursday morning after the Cumberland County Board of Elections gathers at 9 a.m. for the recount.

Benavente, 32, has told CityView TODAY that he is confident the recount will favor his election. He is a community organizer and recent graduate of the N.C. Central University School of Law. Should the recount go his way, Benavente will be sworn in by Cumberland County District Court Judge Tiffany Marie Whitfield.

There you have it — a new Fayetteville City Council in wait. Hold each council member accountable, because as elected officials, they are accountable to you, the city resident.

The mayor and the new council will serve for one year and three months before the next general election. Meetings will be held on the second and fourth Monday of each month, with a work session each first Monday of the month.

And may this council always remember the emotional words Monday from outgoing Councilwoman Yvonne Kinston.

“I would like to thank you for giving me the opportunity to serve for the last 21/2 years,” the District 9 councilwoman said through her tears. “When I said it was time to go to work, I meant that up until the last moment. Move forward and move the city forward.”