'My husband will not have that opportunity to be paroled to come home,' Dixie Lowry Davis tells the court as lawyers for Kevin Golphin argue for life with the possibility of parole. 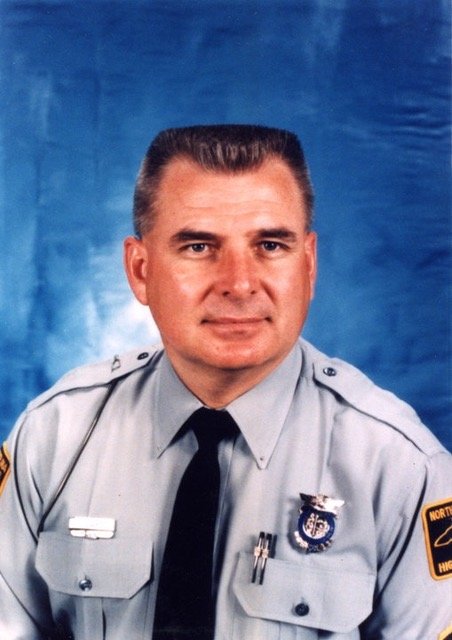 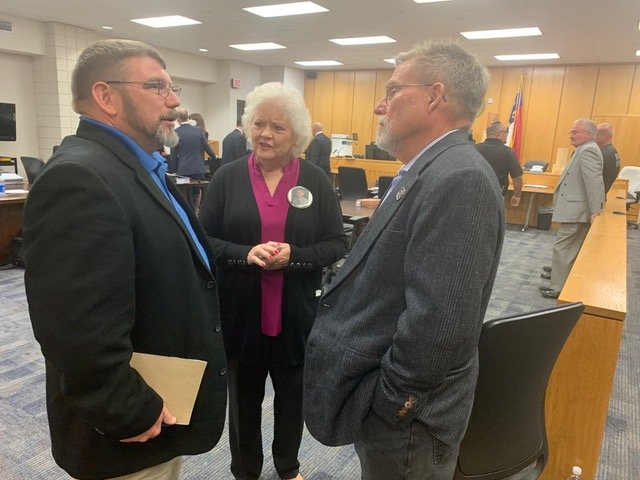 This was painful to witness.

“I have loved Edward since I was 16,” Dixie Lowry Davis, 70, was saying Monday as Judge Tom Locke was hearing the case of Kevin Golphin, who is seeking the possibility of parole from the life sentence he is serving for the Sept. 23, 1997, murders of N.C. Highway patrolman Ed Lowry and Cumberland County sheriff’s deputy David Hathcock in a traffic stop along Interstate 95. “I love him today just like then. A love like that comes along once in a lifetime.”

He displayed no emotion.

The Golphin brothers received the death penalty, with both sentences later reduced to life without parole. Kevin Golphin was resentenced because of his age at the time of the murders. Tilmon Golphin’s death sentence was commuted in accordance with the Racial Justice Act.

“He’s repentant,” Eamon Joyce, one of the lawyers speaking on Kevin Golphin’s behalf, told the judge. “He would like nothing more than to reverse what he did to Trooper Lowry and Deputy Hathcock. Kevin deserves a second chance to show the parole commission (what he can do with the rest of his life.) He wants to make it right.”

‘It changed my life forever’

Solemnly, Dixie Lowry Davis took her place on the witness stand, where she would relive that Sept. 23, 1997, day.

“It changed my life forever,” she said. “I was a guidance counselor at South View High School. The principal called me to his office. I saw my best friend, and she was crying. I just went blank. I couldn’t think. I had to call my daughter at ECU. I had to call her, and it was the hardest thing I’ve ever done. I will always have that nightmare of ‘Not my daddy! Not my daddy!’”

“It never gets easier when I play it back in my mind,” she later would say Monday afternoon.

Those in this courtroom were spellbound as Dixie Lowry Davis told the story of a husband and a deputy who were only doing their jobs on that day just past noon when Kevin Golphin was detained for a seatbelt violation along the busy interstate after earlier in the morning the brothers robbed a finance business in Kingstree, South Carolina.

“He was just trying to do his job of trying to protect the citizens of North Carolina,” she said about her late husband, who took such pride in serving 22 years with the state Highway Patrol. “My husband’s murder is going to last a lifetime. No family should have to go through this.”

Ed Lowry, she said, was in the prime of his life.

“He was fair and he was just,” she said. “He did not have a temper and he had an uncanny ability to keep calm in chaos. He was respected by the state Highway Patrol and this community. And he loved what he did.”

About 1,000 people, including state troopers and deputies from throughout the state, turned out on Sept. 26, 1997, for a visitation for the slain lawmen at the Cumberland County Civic Center. Lowry was buried the following day at Cumberland Memorial Cemetery, and Hathcock at Gilmont Cemetery in Hope Mills.

Ed Lowry was a good person, she said. A good father and a good son.

Then she told us of what never will be because of that day on Interstate 95.

‘A part of me died that day’

There was a deafening silence throughout the courtroom.

All because of a decision, she said, of Kevin Golphin and Tilmon Golphin on a sunny afternoon along Interstate 95.

“A part of me died that day, and I will never get that back,” she said. “After my husband lay bleeding out and dying, Kevin took his service revolver and shot him again and again and again.”

Defense lawyers say Kevin Golphin is repentant, and as a juvenile in 1997, should not carry a life sentence without one day being eligible for parole.

“It’s been 25 years, and today we’re considering the murder of Edward and David Hathcock,” she said, casting her eyes toward Kevin Golphin and his table of lawyers. “My husband will not have that opportunity to be paroled to come home, and the consequences for Kevin should be forever.”

Jake Katzenberger, a retired patrolman, sat in the back of the courtroom with four uniformed troopers.

“Law enforcement is out risking their lives every day,” Dixie Lowry Davis said. “If he is given parole it will be a slap in their face.”

Dixie Davis Lowry lowered her head for a moment of pause.

“I’m not here for vengeance, or is my family,” she said. “My family is here for justice. That’s what I will be here for until the day I die.”

She turned toward the judge.

“I pray the court will see fit to keep the sentence as is,” Dixie Lowry Davis told the judge, and Kevin Golphin “never be free.”

She then looked toward Kevin Golphin.

“Kevin, you know you were wrong,” she said. “I ask the court to do what is right, and give us justice.”

Ed Lowry, they’ll tell you, will always be one of them.

Friday: ‘A feeling something was wrong.”