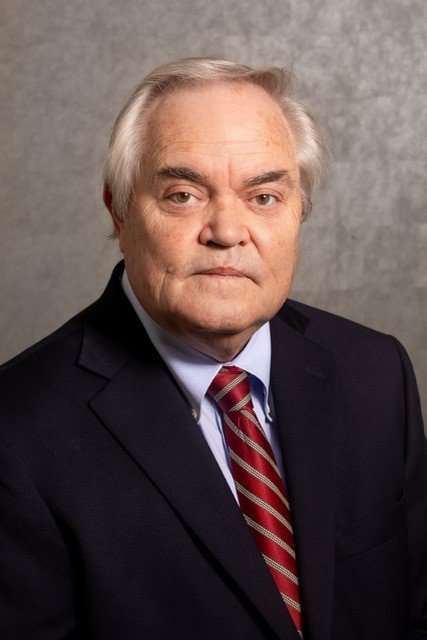 Bill Kirby Jr.: This is about government in the sunshine and being straight with those you serve.
Posted Friday, February 11, 2022 1:00 am

Angie Amaro might give some thought to having her staff call for some overtime hours a couple of weeks from now at the Cumberland County Board of Elections office on Fountainhead Lane when election filing resumes for city, county, state and federal elections.

Particularly when it comes to candidates for the Fayetteville City Council.

‘‘I think we need to move forward and be about the people’s business,” Councilman Larry Wright was saying Monday night when he joined with Mayor Pro Tem Kathy Keefe Jensen, D.J. Haire, Johnny Dawkins and Chris Davis to dismiss a request to investigate Mayor Mitch Colvin and all of those aforementioned council members’ participation involving a failed attempt by a private equity firm to operate the Fayetteville Public Works Commission.

Davis said so, too, about getting on with the people’s business.

The mayor recused himself from voting.

Former Councilwoman Tisha Waddell names these council members in her November resignation letter, claiming a lack of transparency in the PWC negotiations.

The mayor has said all along that Waddell’s claims are baseless. Apparently, Jensen, Haire, Dawkins, Wright and Davis agree with the mayor. But not everyone agrees with any of them, and there’s fallout aplenty from the decision Monday night during the council’s work session.

“Mr. Kirby, ‘Hovering cloud of suspicion’ is an excellent and accurate term,” Charles Broadhurst writes about our Feb. 9 column regarding the council decision. “I sent an email to Johnny and Kathy to the effect that an investigation was ‘not a waste of time nor money.’  Johnny replied, ‘Carl, thanks for the e.mail.’ Kathy did not respond. I live in Kathy's district. I trust she has some competition in the next election.”

Others in this community and beyond are scratching their heads, too.

“I hope the report has not come to an end,” former councilman Mark Kendrick says in an email.

“Maybe one day the clouds will move out clearing the way for some sunshine, but until then we will wait and hope Greg Barnes, Michael Futch, and yourself can uncover that which appears to be hidden,” Tal Rogers says in an email. “No skin in the game for me, as I do not live in Fayetteville, but like many I despise corruption in government.”

Barnes, CityViewTODAY’s investigative reporter, found no evidence of corruption in his month-long research and reporting about the mayor and Bernhard Capital Partners, the equity firm out of Baton Rouge, Louisiana. But Barnes did find a lack of transparency.

Some will argue it’s just a matter of doing business, replete with non-disclosure caveats. But remember, this is the people’s business. This is our utility, and that means it is our business and our absolute right to know. Just what Waddell has said all along.

“What could be more important to an elected official than the trust of the voters they serve?” Connie Eason wonders in an email about why Jensen, Haire, Dawkins, Wright and Davis outvoted fellow council members Yvonne Kinston, Shakeyla Ingram, Courtney Banks-McLaughlin and Antonio Jones in dismissing the request by the Fayetteville Audit Commission to investigate.

“These allegations should be looked at by an entity outside the council’s control,’’ Eason writes. “If not, that cloud over City Hall will be a constant reminder that they are hiding something that benefits them and not the voters.”

Julia Strain was hoping before Monday’s decision that the council would pursue an investigation, including Waddell’s allegations of behind-the-scenes negotiations for a proposed halfway house for federal inmates on Cain Road and special treatment for Colvin’s downtown business property along Hay Street.

"Why would anyone refuse an investigation if they had done nothing wrong?” Strain asks in an email. “I would want to have the allegations cleared and move on, if I were innocent. I have been upset about Dismas Charities ever since it started. That was the most undercover and unethical project I have ever seen. That community out there has been like David fighting Goliath, eking out pennies for a lawyer …”

If we could turn back time

“Resistance of public officials to allow sunshine almost always means they have something to hide,” he writes. “Following the money is almost always the key. CityView should keep the heat on.”

And rue these City Council days if the late Don Clayton was alive. A political activist, he would have had a field day with this mayor, this mayor pro tem, this city council, this city manager, this city police chief and this cat-got-your tongue City Ethics Commission, and Don Clayton wouldn’t hold back.

“Mr. Kirby, in case I am asked, could you please tell me the bottom line/everyday language of what the suspicion is concerning the mayor?” Eleanor Dacus asks in an email. “Normally party affiliation should not matter, but I wonder if that is an issue as well.”

This is about government in the sunshine and being straight with those you serve. It’s not about some council members getting cozy with one another to the exclusion of the city residents who vote them to council seats. Or their smug ways.

"Thanks for the e.mail'' from Dawkins to Broadhurst is not an answer. No response from the mayor pro tem is worse, particularly to a District 1 constituent. Both follow in the footsteps of political fathers – Dawkins, the son of the late J.L. Dawkins, the longest-serving mayor in history; Jensen, the daughter of John Keefe, a former county commissioner. J.L. Dawkins would have kept it short, but likely would have responded. Keefe likely would have responded like something out of “War and Peace.’’

Angie Amaro, interim director for the Cumberland County Board of Elections, may wish to enlist some overtime dollars for her staff when candidate filings resume Feb. 24 down at Fountainhead Lane, with primary voting scheduled for May 17 and the general election either July 5 or July 26.

“They are a complete joke,” Byron Pritchard writes about this City Council.

There are city residents out there who may be contemplating a run for council themselves, and some already have filed.

Their patience is wearing thin.

And some are about fed up with this crowd.