Bill Kirby Jr.: The Rev. Grady McKeithan was passionate about life and people

‘He loved the Lord, his family and his many friends,’ Diane Alabaster says about her ‘Uncle Grady’ 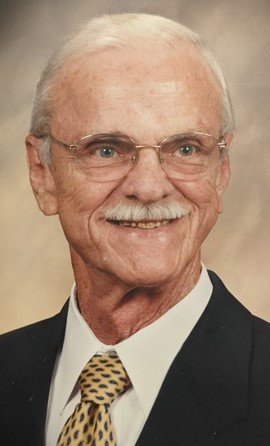 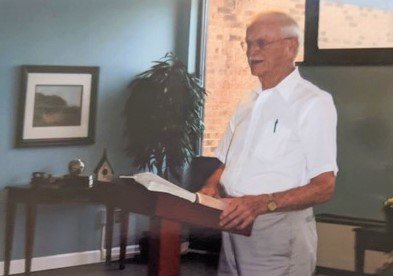 The Rev. Grady McKeithan lived his life with a passion.

He embraced every day.

“He was an interesting man, born in Cumberland County with many contacts to our city,” Diane McKeithan Alabaster says about her “Uncle Grady.”

The son of a tenant farmer, McKeithan was one of six children born Nov. 1, 1926, to J. Parker McKeithan and Hallie Derring McKeithan. He served in World War II, graduated from Wake Forest University in 1953, earned a master’s in guidance counseling from N.C. State, and later attended Southeastern Baptist Seminary.

He knew Bible scriptures and could recite them like only a preacher could. And when it came to singing a hymn, he was at home with any church choir, replete with that baritone voice.

“His favorites were ‘How Great Thou Art’ and ‘Amazing Grace,’” daughter Sandra Sprinkle says.

He could offer comfort to a family suffering the loss of a loved one because he more than knew their grief, having lost a daughter in a traffic accident in 1972. Sherry McKeithan was returning home from Christmas shopping at Eutaw Shopping Center. Her sister, Susan, was injured in the accident and nearly died. Sherry McKeithan was a third-year student at East Carolina University and engaged to a veterinarian at the time of her death.

“If something happened to somebody,” Sprinkle says, “because of what happened, he wanted to help them.”

Sprinkle says her father was at Cape Fear Valley Hospital on Aug. 6, 1993, when a Fort Bragg soldier went to Luigi’s restaurant on North McPherson Church Road and shot to death owners Pete and Ethel Parrous and two customers. Seven other people were injured.

“He was at the hospital to be with the family after the Luigi’s shooting,” Sprinkle says. “He was there praying with them.”

“He went to Europe seven times,” Sprinkle says. “And three times to the Holy Land.”

He liked attending homecoming at an old church, and it didn’t matter whether it was Baptist, Methodist, Presbyterian or another denomination. He liked visiting a church bazaar, too, and seeing the craftwork. And, of course, talking to folks about their ancestry.

“He would talk to anybody,” Sprinkle says.

He was a guidance counselor at old Reid Ross High School. He taught driver’s education in the summer. He was a music instructor at Fayetteville Technical Institute before its name changed. He once was a member of the Cumberland County Mental Health Association. He was a longtime member of the Kiwanis Club of Fayetteville and enjoyed a good dinner at Chris’s Steak & Seafood House.

He had an interest photography.

He was an avid reader.

“He grew a huge, varied vegetable garden each year,” Alabaster says. “His famous tomatoes were available on the honor system from his Herndon Street carport.”

The home he shared with his wife of 51 years, Janice McMillan McKeithan, backed up to Fayetteville Academy.

Sandra Sprinkle can see her daddy’s garden just like yesterday.

“He grew homegrown tomatoes,” she says, “and corn and beans and squash.”

Alabaster remembers her “Uncle Grady” for his green thumb.

“He landscaped beautifully,” she says, “and by himself built a woodworking shop, which was well organized. And he tore down old buildings to preserve the wood and architectural details.”

He was a jokester.

He loved to laugh.

“He loved the Lord, his family and his many friends,” Alabaster says.

Grady McKeithan lived at Heritage Place for about 10 years until relocating to Greensboro in 2021 to be near his daughter, Sandra Sprinkle, and granddaughter, Abigail Sprinkle, a student at the University of North Carolina at Greensboro.

A celebration of life is scheduled for 2 p.m. Sunday at Westminster Presbyterian Church, 3906 W. Friendly Ave. in Greensboro.

The Rev. James likely will cut short his sermon Sunday to be in Greensboro for McKeithan’s service.

“I always felt like I got more from him than he from me,” says James, who met McKeithan when McKeithan joined First Baptist Church in 2010. “He was so thankful anytime I would visit or call him. He made you feel like the moon and the stars got moved.

“Grady was one of those people where we always had to pray at some point. We never talked without God being a part of the conversation. He was that way in every aspect of his life.

“He was the one person I called when the ministry got hard,” James says. “He was the real deal. I loved Grady, and I always will. We will celebrate his life, and he’s moving on to something else.”