Bill Kirby Jr.: Why end A Dickens Holiday? The answer depends on whom you ask 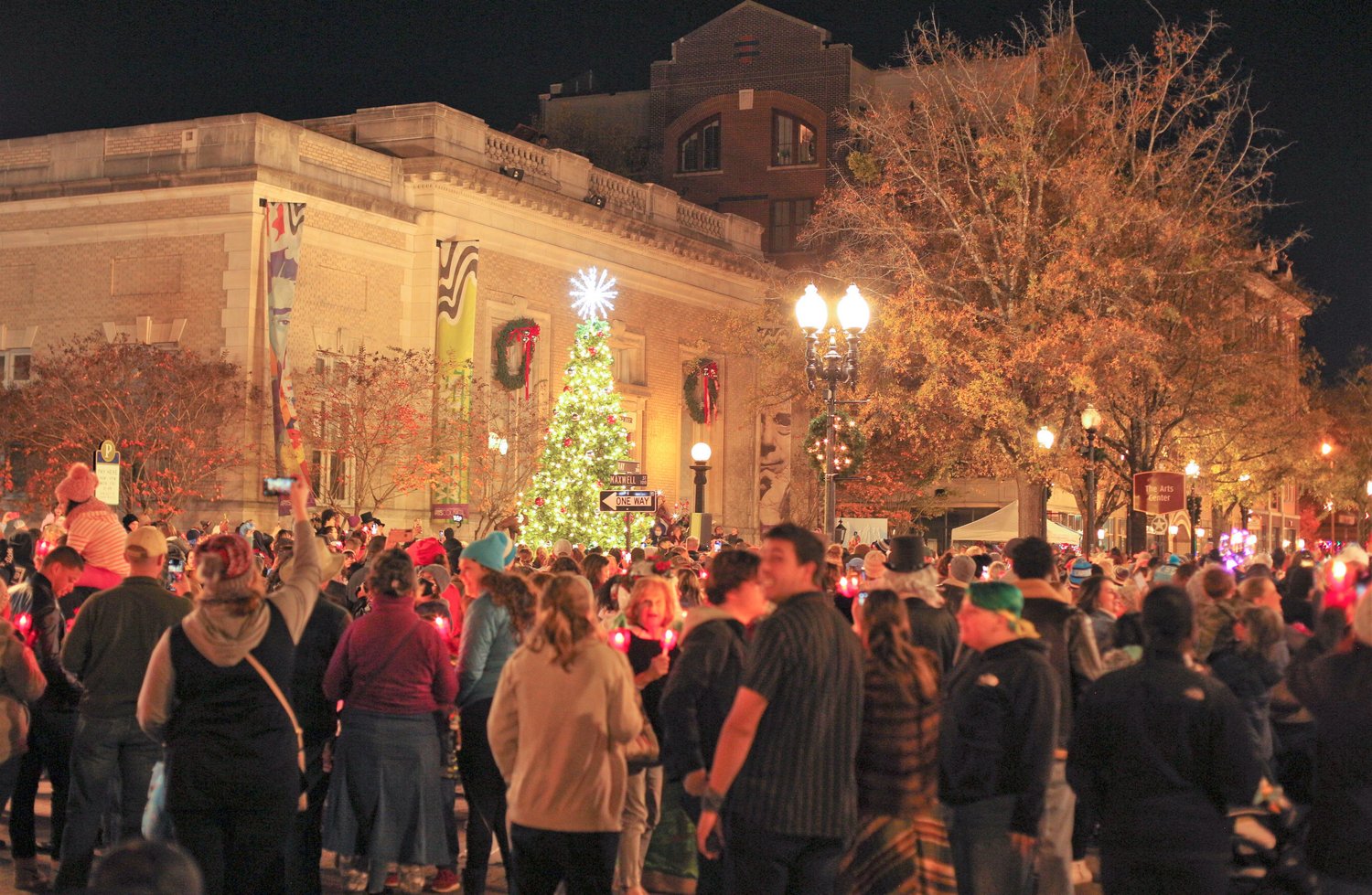 The Arts Council of Fayetteville-Cumberland County hosted the 22nd annual A Dickens Holiday in 2021.
Photo by Sharilyn Wells

Key for me was them saying publicly that ‘A Dickens Holiday’ was indeed inclusive. That is as close to an apology as you will get.”
Hank Parfitt
By Bill Kirby Jr. | Columnist

Call it the art of compromise.

And compromise is better than controversy and polarization.

“We recognize that Dickens has been a much-loved, inclusive event, but we want Fayetteville’s holiday celebration to engage even more of our vibrant community, become an even greater economic engine for all downtown businesses and bring even more visitors to see all our community has to offer,” says Rick Allen, chairman of the board for the Arts Council of Fayetteville-Cumberland County, in a news release.

So, Allen says in the release, economics is the reason why the Arts Council decided to bring an end to A Dickens Holiday, the annual downtown holiday celebration that has been such a success for the past 22 years with its Victorian-era characters from Charles Dickens’ 1843 novel “A Christmas Carol,” a story that has played out on film and stage.

And it’s where this community saw Dickens characters like Ebenezer Scrooge, the Ghost of Christmas Past and Tiny Tim. And don’t forget those Victorian-era carolers or downtown businessman John Malzone as the town crier welcoming all from atop the Market House.

Economics, Allen says — not about diversity or the lack thereof.

“Holidays on Hay … A Season of Light” will be the new name of A Dickens Holiday after a vote by the Arts Council’s board of directors, or at least the 69% of the board members who voted, according to an Arts Council memo obtained by CityView Today.

“Arts Council staff agree that to fully live into Arts Council's commitment to diversity, equity, accessibility and inclusion, A Dickens Holiday must be renamed and rebranded to reflect the diverse nature of the seasonal celebrations that take place throughout Cumberland County each year,” the memo reads. “A Dickens Holiday has traditionally represented a finite portion of Cumberland County’s diverse cultural population. Staff were asked to submit their ideas about a proposed new name for A Dickens Holiday. Staff produced 43 different proposed names for A Dickens Holiday. Staff then selected their top options and presented these to the executive committee on Aug. 4.”

City Councilwoman Shakeyla Ingram, an outspoken voice for community diversity, is the liaison for the city to the Arts Council board. The Cumberland County liaison is Michel Gibson, director of Fayetteville-Cumberland Parks & Recreation.

“I was surprised and disappointed when I learned that the Arts Council had decided to ‘retire’ A Dickens Holiday,” says Hank Parfitt, a downtown merchant who, along with then-Arts Council Director Deborah Martin Mintz, helped found the annual event in 2000. “I had no input whatsoever in that decision and was informed only last week after it was already a done deal. The given reason — that the event was not ‘inclusive’ — makes no sense to me. The event is based entirely on ‘A Christmas Carol’ by Charles Dickens, a book whose message is all about ‘inclusiveness,’ about tolerance and love of all fellow human beings.”

Malzone was disturbed by the Arts Council’s decision, too.

“I think everybody is upset,” Malzone says.

As for a lack of inclusion, Malzone begs the Arts Council board’s pardon.

“I never saw that, and we went to such lengths to not do that,” he says. “It was the greatest sense of community I’ve ever seen. There was something about Dickens, and it was just love.”

“When Deborah Mintz, then director of the Arts Council, first sat down with me to sketch out some ideas for a holiday festival to be held downtown on the day after Thanksgiving, we had no idea it would prove to be so successful,” he says. “It not only boosted downtown revitalization, it became the one day of the year when it felt like the whole city was one big, neighborly community. The period costumes, roving musicians, the big horse-drawn Dickens wagon and the hot cider and gingerbread were magical. It was a great way to show off our city, and it attracted thousands of visitors from all over eastern North Carolina and many folks from out of state.”

Others did some begging the pardon of the Arts Council board.

“We appreciate the many members of our community who have reached out to share their opinions, hopes and ideas for the expanded event,” Allen says about Holidays on Hay … A Season of Light. The new celebration will run from the day after Thanksgiving until Christmas Eve. “However, the Arts Council has received emails attacking its staff and social-media attacks as well. We deplore that some have chosen to engage in personal attacks directed toward the Arts Council staﬀ, an incredibly talented and dedicated group of people who work every day to create events and opportunities that promote our community, the arts and culture. We know that the vast majority of people in Fayetteville are overwhelmingly gracious and respectful of others.”

Call it backpedaling, if you will, or clarification on the part of the Arts Council. No matter, the board might have given Parfitt, Malzone and other downtown merchants the courtesy and respect to hear their voices.

It didn’t, some merchants say.

Perhaps the board should have.

“Don't think the Arts Council will back-track,” Parfitt said Tuesday. “They had already made their decision. Key for me was them saying publicly that A Dickens Holiday was indeed inclusive. That is as close to an apology as you will get. We cannot make them do something they don't want to do. I don't want to see the community torn apart over this, and I think we have to move forward.

“The other objective is to make sure people still come downtown to shop, and they have said they can still do Dickens but in a smaller footprint and add in other events in the rest of the downtown footprint. That would help, and they would be truly nuts if they didn't. They also clarified the reason for the name ‘Holiday on Hay,’ and I think the merchants that are not on Hay can live with that.

“It all comes down to them delivering a product that can match Dickens,” Parfitt says. “And people won't know if they have succeeded in that unless they do come downtown. That is why I agreed to smoke the peace pipe with them. I am still going to beat the drum about how inclusive Dickens really was.”

No need to beat that drum, Dr. Parfitt.

And, if you will, a final word from Rick Allen and Hank Parfitt on A Dickens Holiday.

“This Nov. 25 and throughout December, please join us as we enter the holiday season with ‘Holidays on Hay … A Season of Light,’” Allen says in the news release, underscored by Parfitt. “If you feel the most festive in your Dickens attire, go ahead and wear it. If you want to share your own unique tradition as part of the event, join us. We’ll be there, waiting for night to fall so we can walk alongside our neighbors, candles in hand, celebrating both the old and the new as we usher in the beginning of the holiday season.”