Board split on ordinances to remove homeless from county property 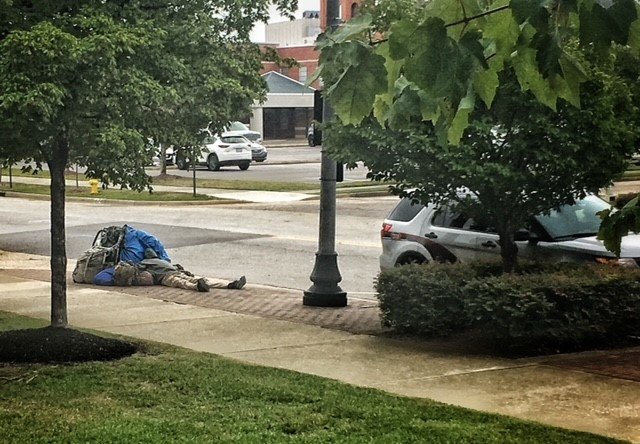 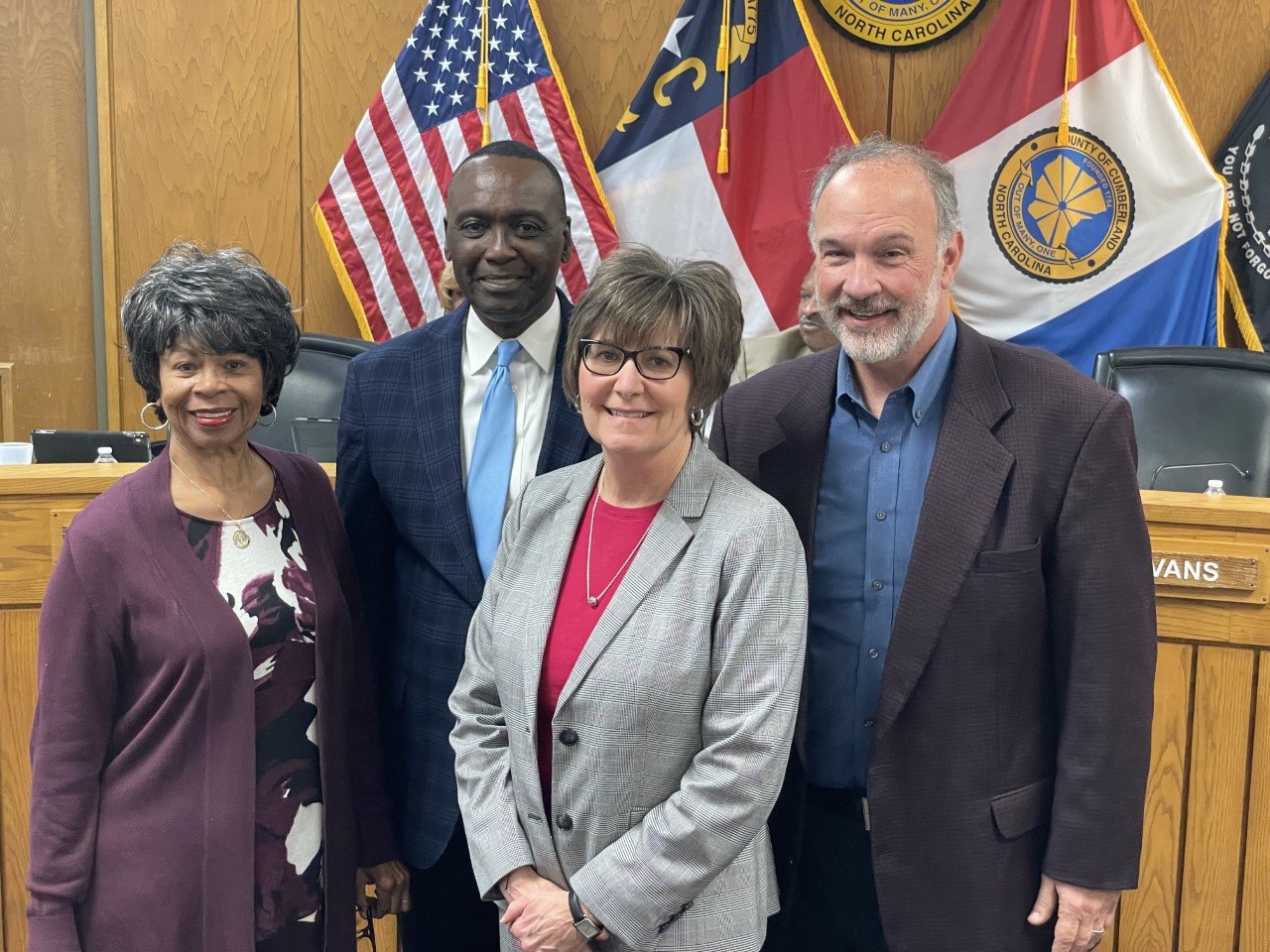 The Cumberland County Board of Commissioners honored County Manager Amy Cannon, who is retiring in December, for her service to the county. Commissioners Jeannette Council, Charles Evans and Jimmy Keefe made the presentation because they were on the board when Cannon was hired as manager.
Photo by Jason Brady
Previous Next
Posted Tuesday, November 22, 2022 1:51 am
By Jason Brady

The Cumberland County Board of Commissioners voted 5-2 Monday in favor of two new ordinances designed to remove homeless individuals from parking or camping on county-owned property.

Because the vote did not pass unanimously, County Attorney Rick Moorefield said the proposed ordinances require a second reading. The second reading, which could happen at the Dec. 5 meeting, also must pass on a majority vote.

The city of Fayetteville adopted an ordinance Aug. 8 making camping unlawful on city-owned property, which according to Moorefield, will likely shift homeless people previously camping in the city parking lot across from the downtown library to the library property.

During his presentation to county commissioners, Moorefield said that as the city continues to enforce its ordinance, it is likely more campsites will be shifted to county property. The library is already experiencing human waste being dumped in the dumpsters and people urinating and defecating in the storm drain grate and urinating on the public walkways on the property.

The ordinance prohibiting camping and parking unlicensed vehicles on county property is intended to avoid the public nuisance created by people staying on the property overnight.

Moorefield said both the parking amendment and the new camping ordinance are short and direct and will not result in penalties or criminal charges.

The amendment to the ordinance would make it “unlawful to willfully park any vehicle in any county-owned parking lot which does not display a current license plate.”

The ordinance defines a camp or camping as sleeping, preparing to sleep (including lying down or the laying down of bedding for the purpose of sleeping); storing personal belongings; the placement of tents, huts, or tarps; or parking a motor vehicle, motor home, trailer, or any other type of structure for living accommodation purposes.

In a memo to commissioners, Moorefield stated that the use of county property for camping interferes with the rights of others to use the property for its intended use and the accumulation of trash, garbage, or waste, and the lack of sanitary disposal facilities at camping sites create conditions which constitute a public nuisance.

To avoid a public health nuisance being created by the accumulation of trash, garbage, or waste, and the lack of sanitary disposal facilities, camping or establishing a camp on county property is prohibited.

The Cumberland County Sheriff’s Office has the authority to enforce this ordinance by giving notice of trespass to anyone camping or establishing a camp on county property. The sheriff also has the authority to direct violators to remove, within an appropriate amount of time, all of their personal property at the campsite.

The sheriff also can ask the county manager to dispatch appropriate county staff to remove any personal property not removed from the site within the time directed. While that happens, the Sheriff’s Office shall keep a sworn law enforcement officer on site while county employees are there to remove personal property.

Anyone notified that they are trespassing for camping or establishing a camp on county property shall be subject to being charged with trespass if they come onto the same county property again.

The ordinance would have been effective immediately upon its unanimous adoption by the Board of Commissioners.

“We are going out of our way to target homeless individuals,” Evans said.

Moorefield countered, saying it was brought forward by people sleeping at the library.

Commissioner Jimmy Keefe was of another opinion. He said his children, as well as other children he is aware of, no longer use the Maiden Lane library because of the vagrancy surrounding the library.

Keefe said he empathized with the homeless situation, but asked fellow commissioners to think about the purpose of a library.

“Maybe we should close the library and turn it into a homeless shelter,” he said.

Stewart countered, saying the county has an obligation to all children, including those who are homeless.

Adams, the board chairman, noted that both sides of the argument made good points. He called the homeless situation a multi-faceted problem with no easy solutions.

In other business, the board unanimously voted to hire architectural firm Ewing Cole for the proposed Crown Event Center. The firm is headquartered in San Diego with offices in Charlotte and Raleigh.

County Manager Amy Cannon also asked the board for permission to start contract negotiations for a refined scope of services and final price, which will come before the board for approval.

Cannon told commissioners that the county received the final sales tax distribution in October for FY2022. The sales tax impact under both per capita and ad valorem have been updated to reflect the most current data.

She said commissioners will have to decide soon how they want to conduct sales tax distribution with municipalities. She noted that Cumberland County is only one of three large counties still distributing sales tax on a per capita formula, which is based on past population. She told commissioners they need to consider options that will safeguard county tax revenues. Cannon suggested the commissioners consider using the ad valorem formula, which is based on property values.

“Time is of the essence,” she said.

“The board needs to continue this discussion so that there is some certainty as local governments prepare their budgets,” she told commissioners.

The board also honored Cannon, who is retiring in December, for her service to the county. Cannon started with the county as a budget analyst in 1990 and worked her way through the ranks to become the county’s first female county manager.

The board unanimously adopted a resolution, proclaiming Nov. 30 Amy H. Cannon Day in Cumberland County. Council, Evans and Keefe made the presentation because they were on the board when Cannon was hired as manager.