After decades of allowing suspected carcinogens known as PFAS to escape its plant, the chemical giant now wants to expand. 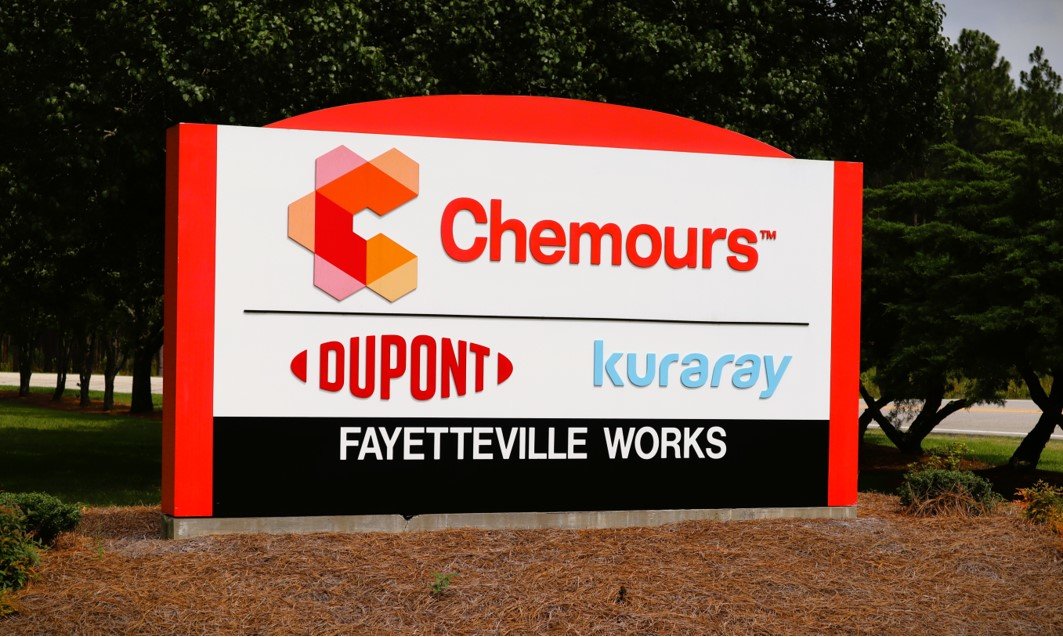 Editor's note: This story has been updated with comments from the state Department of Environmental Quality.

Chemours announced in a statement Tuesday that it will hold two public information sessions on plans to expand its manufacturing capabilities at the plant, which sits just over the Cumberland County line.

The planned expansion would “support an increase in domestic production in the semiconductor, transportation, clean energy, consumer electronics, and communications industries,” according to the statement.

Little more is known about the expansion plans because the company said it will not provide interviews before the public sessions.

Chemours has been under a consent order since 2019 to clean up decades of per- and polyfluoroalkyl contamination — also known as PFAS or forever chemicals — that have been emitted from the plant into the air and the Cape Fear River. The contamination has affected thousands of people from Cumberland County to the coast. Many will no longer drink the tap water from their homes without filtration.

“Chemours' decision to propose this plan when so many still lack safe drinking water due to its reckless handling of toxic chemicals shows where its priorities lie,” Geoff Gisler, a senior attorney for the Southern Environmental Law Center, said in an email.

Chemours is expected to provide more details of its expansion plans at the two public sessions. The first one is set for 5-7 p.m. Sept. 20 in the Bladen Community College auditorium in Dublin. The second is scheduled for the same time the next day at the Leland Cultural Arts Center.

At least until then, Chemours will remain mum on specific details of its proposed expansion, company spokeswoman Lisa Randall said in an email.

So people won’t know whether Chemours plans to produce more PFAS at the plant, although production of semiconductors and electronic components typically contain the forever chemicals. People also won’t know how many jobs will be created and the average wage of those jobs, or how Chemours plans to keep surrounding areas safe from pollutants.

Sharon Martin, a spokeswoman for the state Department of Environmental Quality, said Chemours has not submitted applications related to its proposed expansion to the DEQ.

“DEQ remains focused on the immediate need to address the PFAS contamination from Chemours and its impacts to North Carolinians throughout the Cape Fear River basin and the continuing efforts to reduce or eliminate environmental impacts from the facility’s ongoing operations,” Martin said. “DEQ’s priority is protecting our communities and the drinking water sources North Carolinians rely on.

“Chemours must meet all of its obligations to clean up the PFAS contamination impacting thousands of residents in at least eight counties and provide them with alternate water. DEQ will continue to hold Chemours accountable for the cleanup and for preventing future impacts to North Carolinians.  DEQ will continue to use all available authority, including the Consent Order, ongoing actions by the EPA, and advances in the science and understanding of PFAS to do so.”

Dawn Hughes, manager of the Fayetteville Works plant, said in the Chemours’ statement that the sessions will give company representatives an opportunity to meet with residents, discuss their plans, gather information and “create a greater understanding of how this investment will positively impact the local economy and North Carolina’s manufacturing industry.”

That statement and Chemours’ expansion plans infuriate leaders of environmental advocacy groups downstream of the plant. Because of PFAS from Chemours, Cumberland, Brunswick and New Hanover counties are spending — or are planning to spend — millions of dollars to provide safe drinking water to their residents.

Studies have shown a link between GenX and other forever chemicals with liver and kidney disease, high cholesterol, low birth weight, several types of cancers and other illnesses. Studies by N.C. State University have found that some types of PFAS in the blood of residents in Cumberland and New Hanover counties far exceed the levels found in the U.S. as a whole.

“Chemours claims they're good neighbors; we think the neighborly thing to do after contaminating the drinking water for 510,000 and counting would be to shut the plant down; instead they have the audacity, or more accurately, the depravity to try to make even more money off of poisoning us?!,” Dana Sargent, executive director of Cape Fear River Watch, said in an email. “Hughes can save this deceitful commentary for her shareholders; her neighbors are smart enough to know the only thing Chemours cares about is their bottom line.”

Cape Fear River Watch is urging people to sign up to attend the public sessions.

Cumberland County, which has earmarked about $20 million to provide public water to residents near the plant, did not immediately respond to a request for comment. The county has filed a lawsuit against Chemours after the company is said to have stopped cooperating with PFAS cleanup negotiations.

Meanwhile, thousands of residents have joined their own lawsuits against Chemours.

Emily Donovan, co-founder of the advocacy group Clean Cape Fear, said Chemours has not done anything to combat PFAS contamination that is not required of it under the 2019 consent order, “yet they continue to make misleading public statements about how they are acting responsibly.”

"Nope. No more,” Donovan said in an email. “We believe releasing even tiny amounts of PFAS can be deadly over a lifetime. We've had enough. Chemours, and their predecessor DuPont, spent 40 years saturating our air, soil, water and food supply. We are done being poisoned by this company. We are going to fight this with everything we've got."

In its statement, Chemours again noted that it has reduced air emissions of PFAS compounds  from the plant by more than 99% and reduced PFAS emissions into the Cape Fear River by 97%.

But millions of gallons of GenX and other PFAS contaminants lie under the plant and some of it continues to seep into the river. Chemours is in the process of building a deep and long barrier wall at the river to contain the contamination.

“Our communities desperately want these chemicals removed from their water, bodies, and land,” Markesino said. “Allowing Chemours to expand its facility would allow them to further pollute our community. Chemours Fayetteville Works Plant instead should be declared a superfund site, requiring a long-term response to cleaning up their use of hazardous material and contamination.”