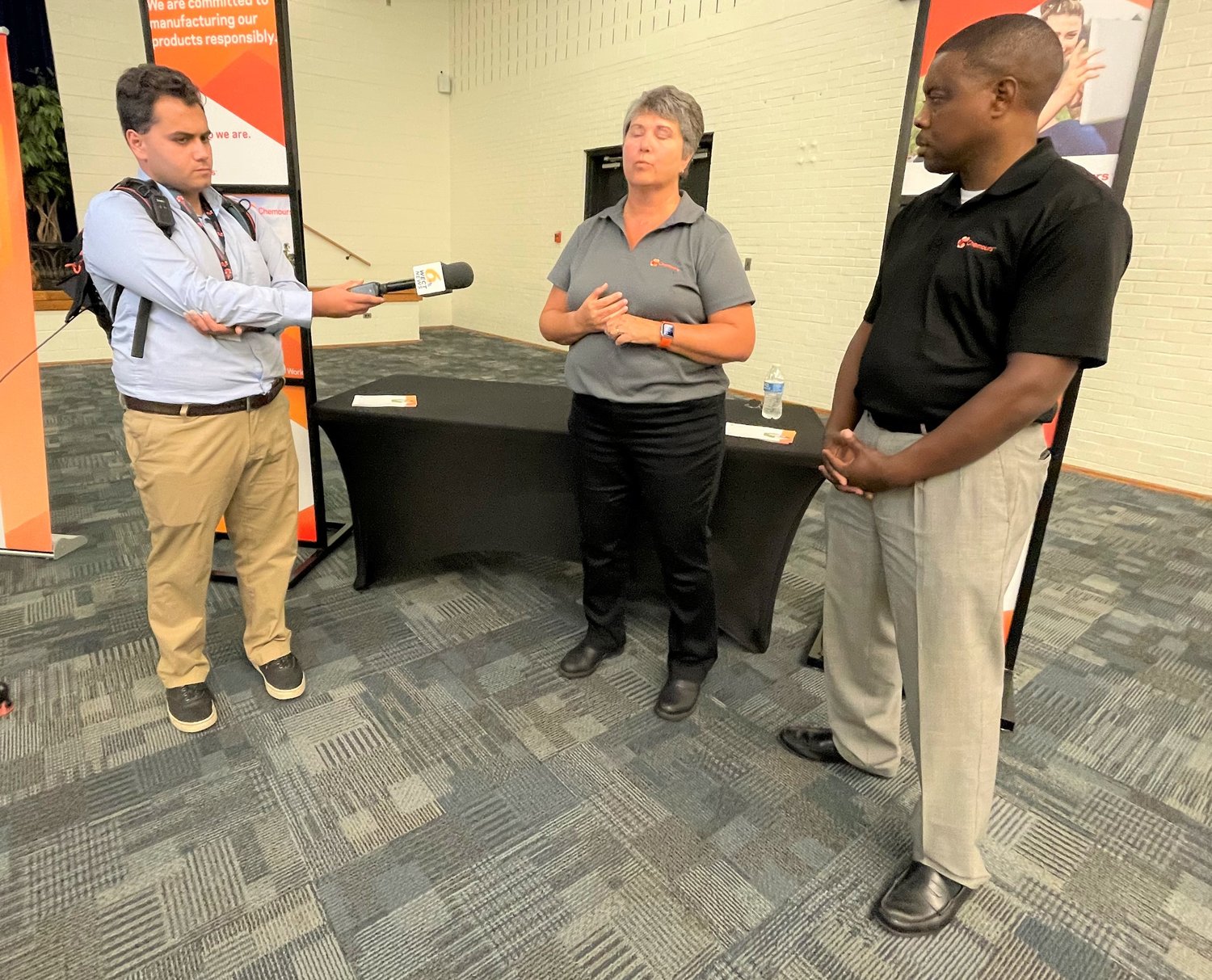 Dawn Hughes, manager of Chemours' Fayetteville Works plant, speaks to reporters about a planned expansion of the factory at Bladen Community College on Tuesday night.
Photo by Jason Brady 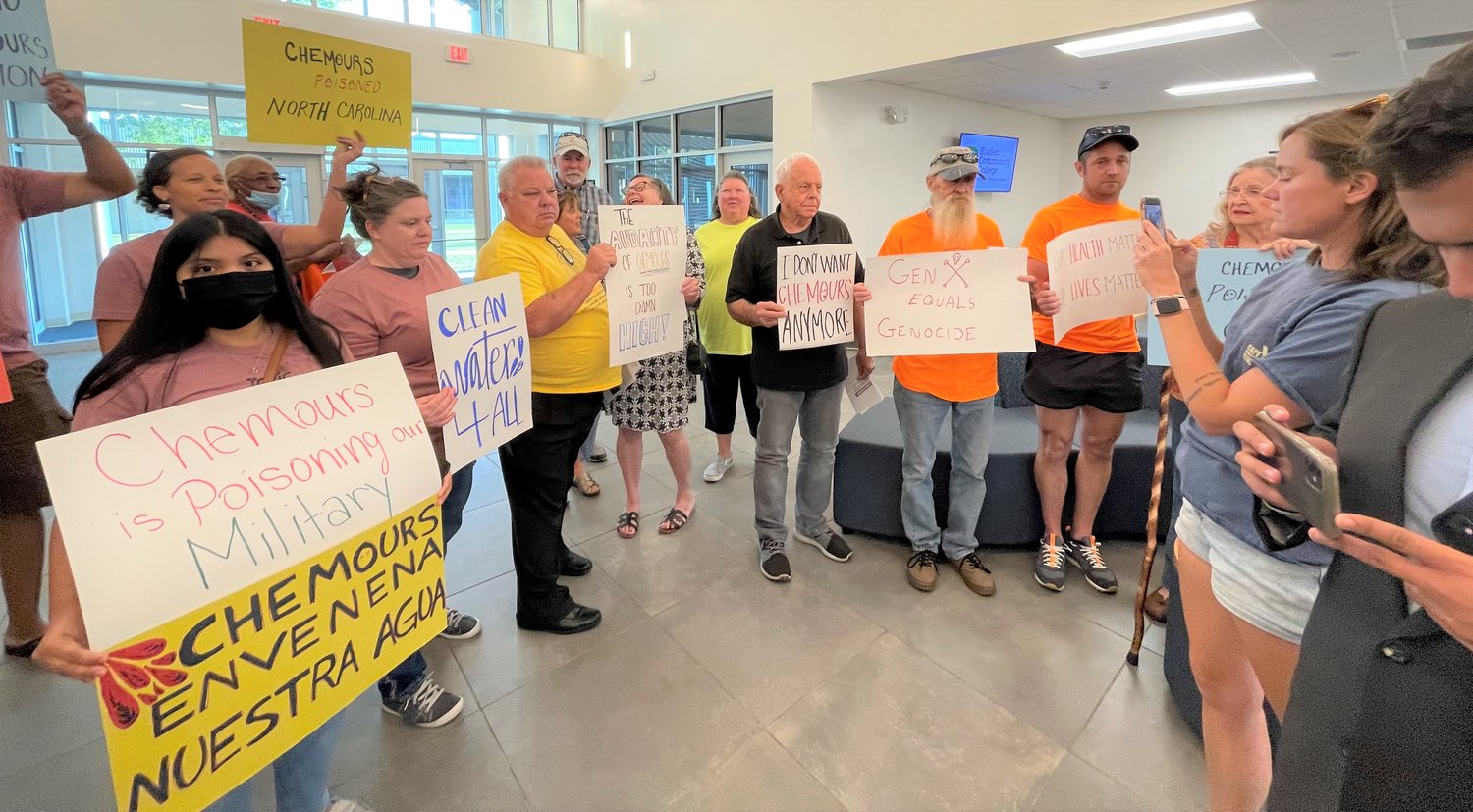 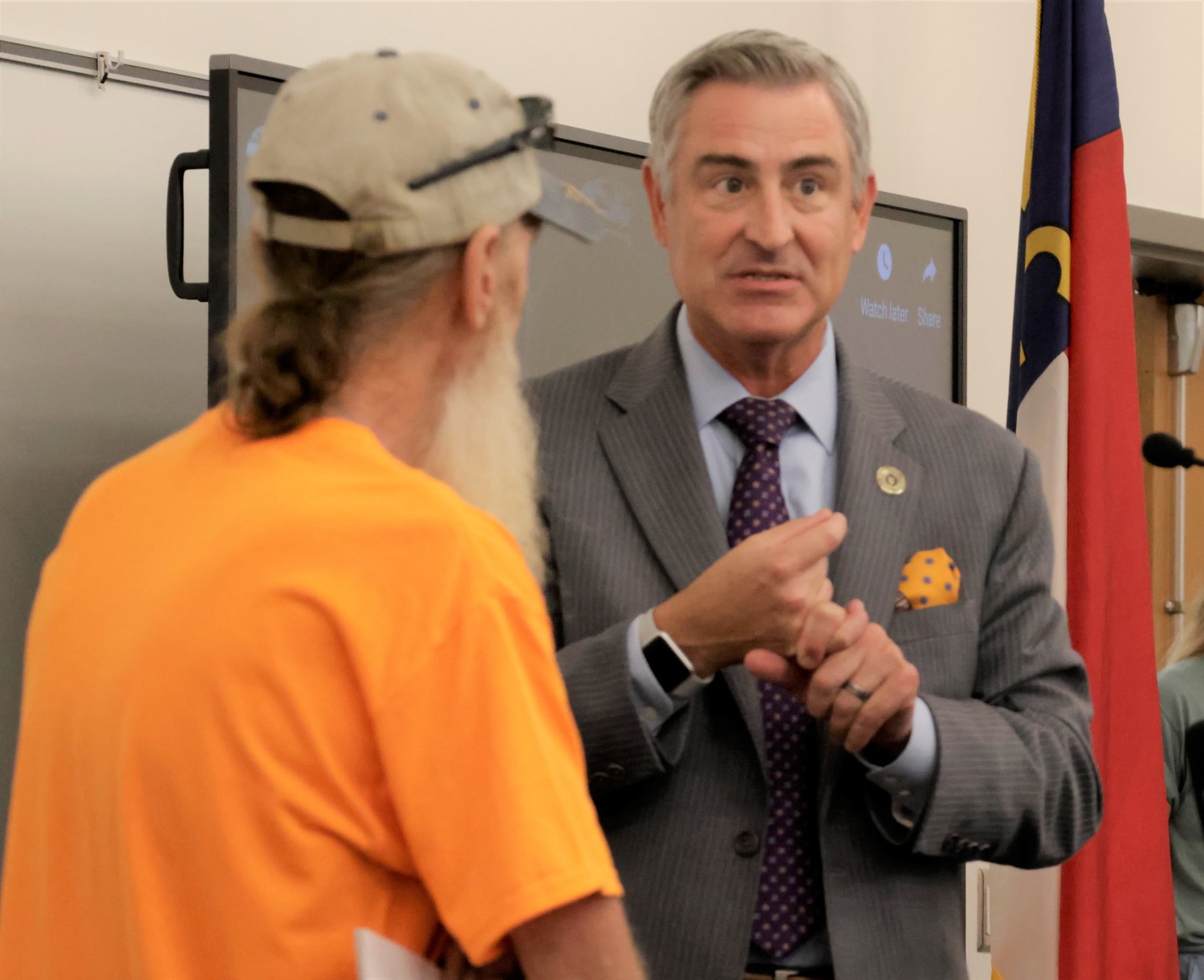 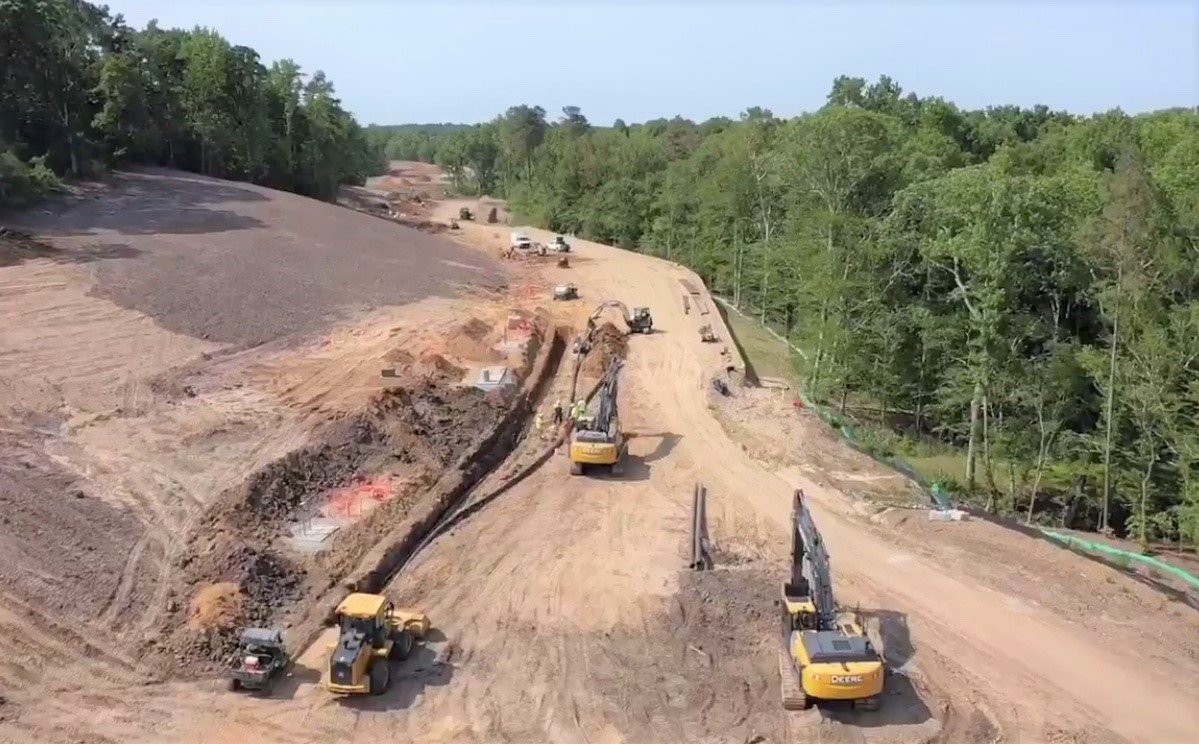 Chemours is constructing a barrier wall to help prevent pollution from its Fayetteville Works site near the Cape Fear River.
Chemours Co. photo
Previous Next
Posted Wednesday, September 21, 2022 12:37 am
By Jason Brady

DUBLIN — Proclaiming their company to be a “good neighbor,” executives and technicians of the Chemours Co. met with people who live near its Fayetteville Works site on Tuesday night and said a planned expansion would be good for the economy and not harmful to the environment.

The meeting, held at 5 p.m. at Bladen Community College in Dublin, was the first of two public information sessions on the expansion plans.

The second is scheduled from 5 to 7 p.m. Wednesday at the Cultural Arts Center in Leland.

“Without responsible manufacturing, expansion is not possible,” Hughes said.

The expansion, according to Hughes, will provide the materials needed to increase the number of battery and semiconductor manufacturing plants to boost domestic production. Chemours has not said how much the expansion will cost.

In an adjacent building Tuesday, about 70 members and supporters of Cape Fear River Watch held their own information session, denouncing the expansion by a company they say has polluted the water and air in the vicinity of its plant.

Dana Sergeant, executive director of the environmental watchdog group, played a video of a previous meeting conducted by Chemours showing that activists were escorted out. She took exception that Chemours did not allow public comment at Tuesday’s open house.

Sergeant called on people who live in the affected areas to discuss their experience with the chemical compounds found in their drinking water, soil and bodies.

Mike Watters, who lives near the Fayetteville Works plant, is among many area residents who have had their blood tested and found to have above-normal levels of PFAS chemicals in their bodies. Watters said three of his dogs have died from cancer. He said he believes there is much more contamination in groundwater and air near the plant than has been recorded.

The River Watch group had planned to carry signs denouncing the expansion outside the Chemours open house less than 100 yards away. However, Sergeant said the group did not have a permit to carry the signs on campus.

Asked why the state legislature has failed to rectify the water pollution problems or stop the Chemours expansion, deViere said lawmakers could have done more in the past but that the issue needs to be resolved at the corporate level. He encouraged the group to continue voicing its concerns and be heard in Raleigh. Ultimately, the N.C. Department of Environmental Quality will decide whether the expansion will proceed, he said.

Chemours executives say the federal CHIPS and Science Act of 2022 prompted the proposed expansion. The federal law is designed to increase U.S. research on and production of semiconductors in an effort to bolster the supply chain.

Chemours is the only U.S. producer of PFA, a fluoropolymer used in the manufacturing of semiconductors, and the Fayetteville Works plant plays an integral role in the PFA supply chain, according to a statement released by Chemours.

Holding a sample piece of membrane, Amber Wellman said the Fayetteville Works site is the only U.S. manufacturing location for the specialized ionomer membranes used in water electrolysis for the production of renewable hydrogen. Hydrogen is a clean fuel that can be used to power industry and transportation with no carbon footprint, she said.

Chemours officials acknowledged that legacy contaminants have been emitted from the Fayetteville site but added they are working to rectify the problem and make sure new manufacturing processes are environmentally responsible.

“The overall fluorinated organic compound emission will not increase after expansion,” Uhl said.

He said design plans for emissions controls allow increases in manufacturing without increases in the overall fluorinated organic compounds or greenhouse gases emitted from the site.

Chemours will file an application for expansion with the N.C. Department of Environmental Quality’s Division of Air Quality in late September or early October. That agency will take at least six months to review the application before a 30-day public-comment period.

Hughes said Chemours now has 315 full-time employees and that the expansion would add 30 or more “full service” employees who will receive pay and benefits in the “top quartile” of comparable companies in surrounding counties.

Chemours took over the Fayetteville site in 2015 and currently has a $30 million annual payroll and $1 million in local taxes paid, according to Seth Bailey, a company official.

Hughes emphasized that Chemours is addressing what she called historic contamination and legacy emissions. She noted that a proposed river wall was recently approved by DEQ.

The over one-mile long and six-story deep barrier wall is a state-of-the-art system designed to capture and treat groundwater to remove at least 99% of legacy PFAS compounds, according to Chemours. The company expects the barrier wall will be completed next year.

Chemours also received a discharge permit and design approval from the N.C. Department of Environmental Quality, a company statement said.