Cumberland board meeting adjourned when majority fails to show up 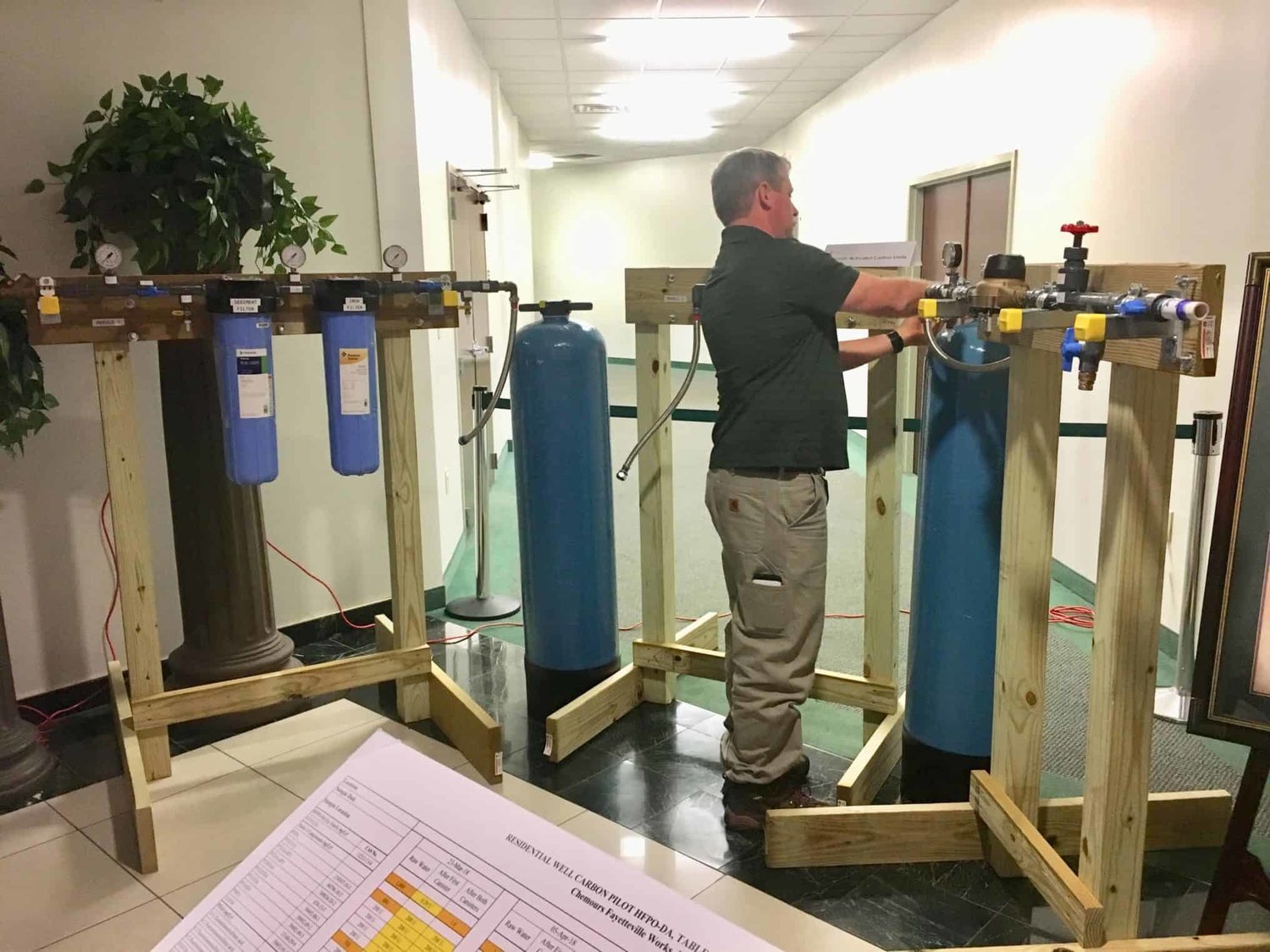 A Chemours technician arranges a mockup of a granular-activated carbon system that can be installed to filter water from local wells that have tested positive for GenX.
Photo credit: India Mackinson/NC Health News
Posted Tuesday, July 19, 2022 10:58 am
By Jason Brady

A called meeting of the Cumberland County Board of Commissioners was canceled Monday evening because a majority of the commissioners did not attend.

County Manager Amy Cannon had been expected to ask the board to consider creating two more water and sewer districts to combat a growing accumulation of forever chemicals in part of the county’s well-water supply.

But board Chairman Glenn Adams adjourned the meeting moments after the 6 p.m. start time.

The new water and sewer districts would serve an existing district in the Linden and Vander areas in an effort to stem the pollution of drinking water by forever chemicals that leech into the Cape Fear River and groundwater.

Adams said he was not aware beforehand that a majority of the commissioners would not attend Monday’s meeting.

In the past, board members who could not attend a meeting in person had the option to participate by phone or online stream.

Former commissioners Chairman Marshall Faircloth, currently an at-large candidate for a seat on the board, said he was surprised and concerned that a majority of commissioners failed to show up for the meeting just a week before the state is scheduled to hold a public information session about chemicals in private wells in the county.

The North Carolina Department of Environmental Quality will hold a public information session at 6 p.m. July 26 at the Crown Coliseum complex. Registration starts at 5:30.