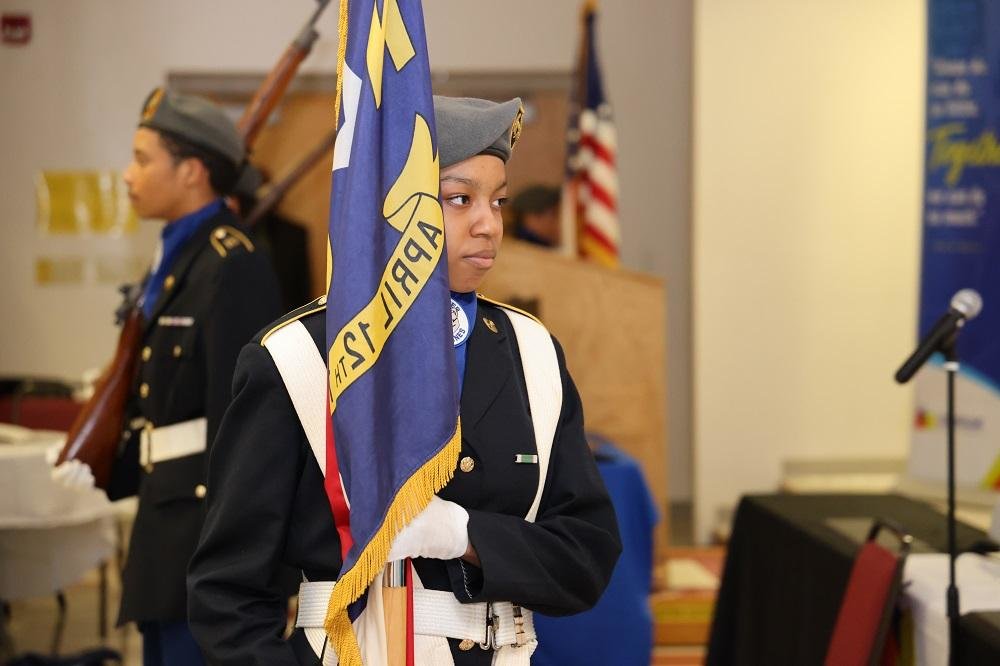 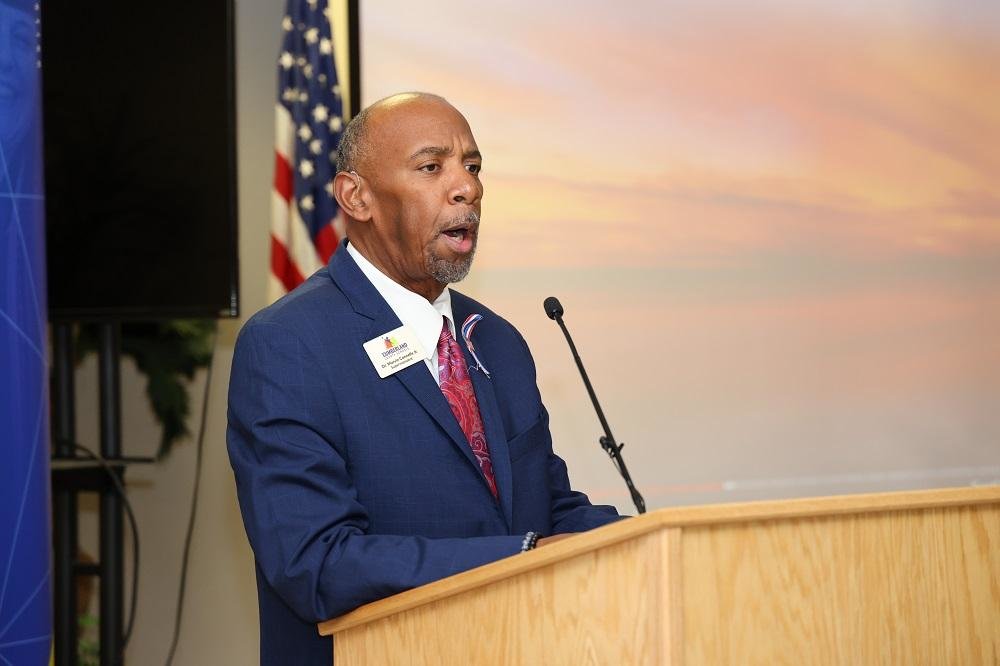 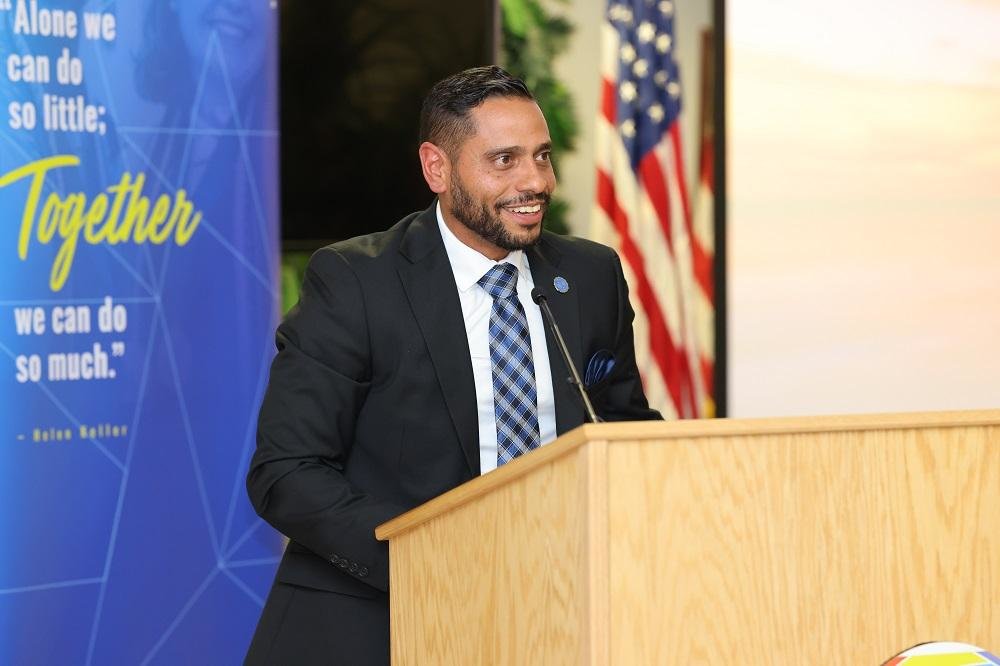 Retired Chief Warrant Officer Ariel Aponte, the associate vice chancellor for Elizabeth City State University's Military, State and Federal Relations, was the keynote speaker for Thursday night's Veterans Day program. 'You are stronger today than you were yesterday and your responsibilities in Cumberland County (schools) are as important as the one you had while in uniform,' he said.
Contributed
Previous Next
Posted Friday, November 11, 2022 1:27 pm
A staff report

Cumberland County Schools on Thursday night recognized about 115 employees who served in the Armed Forces and veterans who may still be serving during the district's fourth annual Veterans Day program at the Educational Resource Center.

Retired Sgt. Maj. Ruby Murray, a JROTC instructor at South View High School, and her committee of JROTC instructors organized the event to pay tribute to fellow service members, the school system said in a release. The event highlights their service to the country and in the classroom, the release said. This year's theme was "Excellence: Combat to Education."

"We came out of combat boots and into the civilian workforce — a big transition," Murray said in the release. "The field of education is not just getting teachers, it's getting leaders who are strategic planners, coaches and mentors with 20-plus years of experience. We want everyone to know that we are not 'retired or expired.' We have just continued to pay it forward for future generations so that they can have a successful life."

"If you did it (served the country) once, while in uniform, you can do it again out of the uniform," Aponte said in the release. "Your current service is bigger than you and I. Your calling after the military is worthy to be acknowledged. So never water down the appreciation or admiration of others for your service ... Understand and accept that you are not alone in dealing with invisible wounds or survivor's guilt. You are stronger today than you were yesterday and your responsibilities in Cumberland County (schools) are as important as the one you had while in uniform."

During the program, JROTC cadets and several CCS students and staff members participated in and performed through song, dance and the spoken word. Various speakers, including Superintendent Marvin Connelly Jr., paid tribute to the veterans who served in the military.

"Many of you in this room faithfully served our country in the military for many years, and then made the choice to serve our nation's children — right here in Cumberland County," said Connelly, who dedicated nine years of service in the Army. "While the assignment has changed, your commitment to excellence has not."