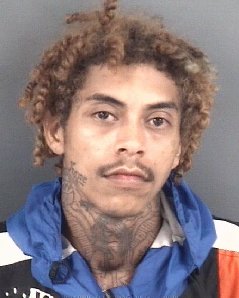 Detectives with the Cumberland County Sheriff’s Office are looking for a Spring Lake man in connection with a fatal shooting that happened late Monday on Belhaven Road.

The Sheriff’s Office said it has obtained warrants for 27-year-old Jamal Robinson in connection with the shooting death of Jermaine Hailey.

Deputies were dispatched to the 2600 block of Belhaven Road around 11:50 p.m. for reports of shots fired, the Sheriff’s Office said in a release.

When deputies arrived, they found Hailey with multiple gunshot wounds. He died at the scene, the Sheriff’s Office said.

“The preliminary investigation revealed that this does not appear to be a random act,’’ the Sheriff’s Office said previously.

Anyone with information regarding this investigation or Robinson’s whereabouts is asked to contact homicide detective senior Sgt. C. Zwan at 910-677-5503 or Fayetteville / Cumberland County CrimeStoppers at 910-483-TIPS (8477).