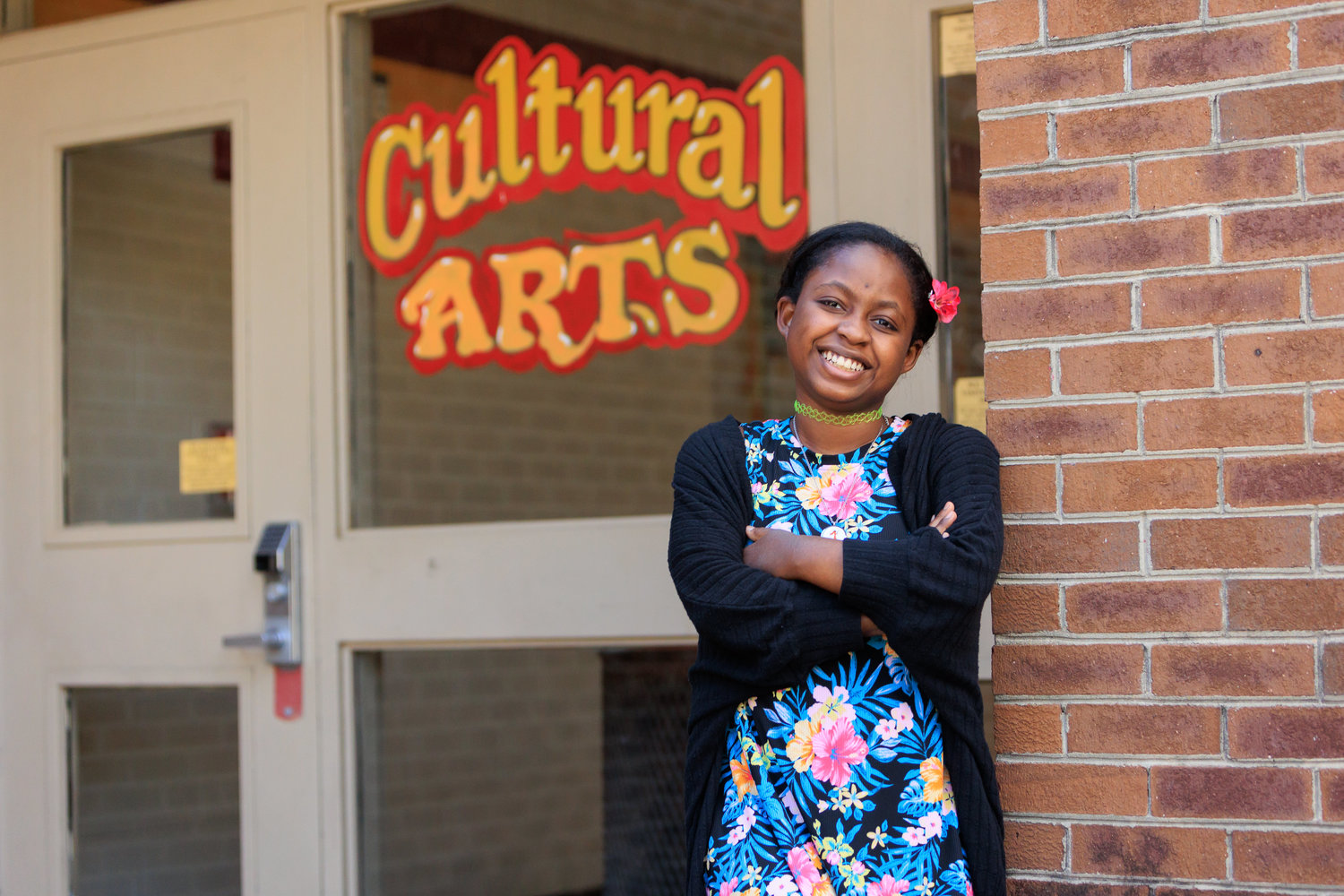 Douglas Byrd High School senior Nichelle Smith has faced many challenges, but she has maintained her GPA and volunteers with the Sound Ministry at her church as well as working with Cape Fear Regional Theatre and Gilbert Theater Glee Club.
Photo by Raul F. Rubiera for Cumberland County Schools 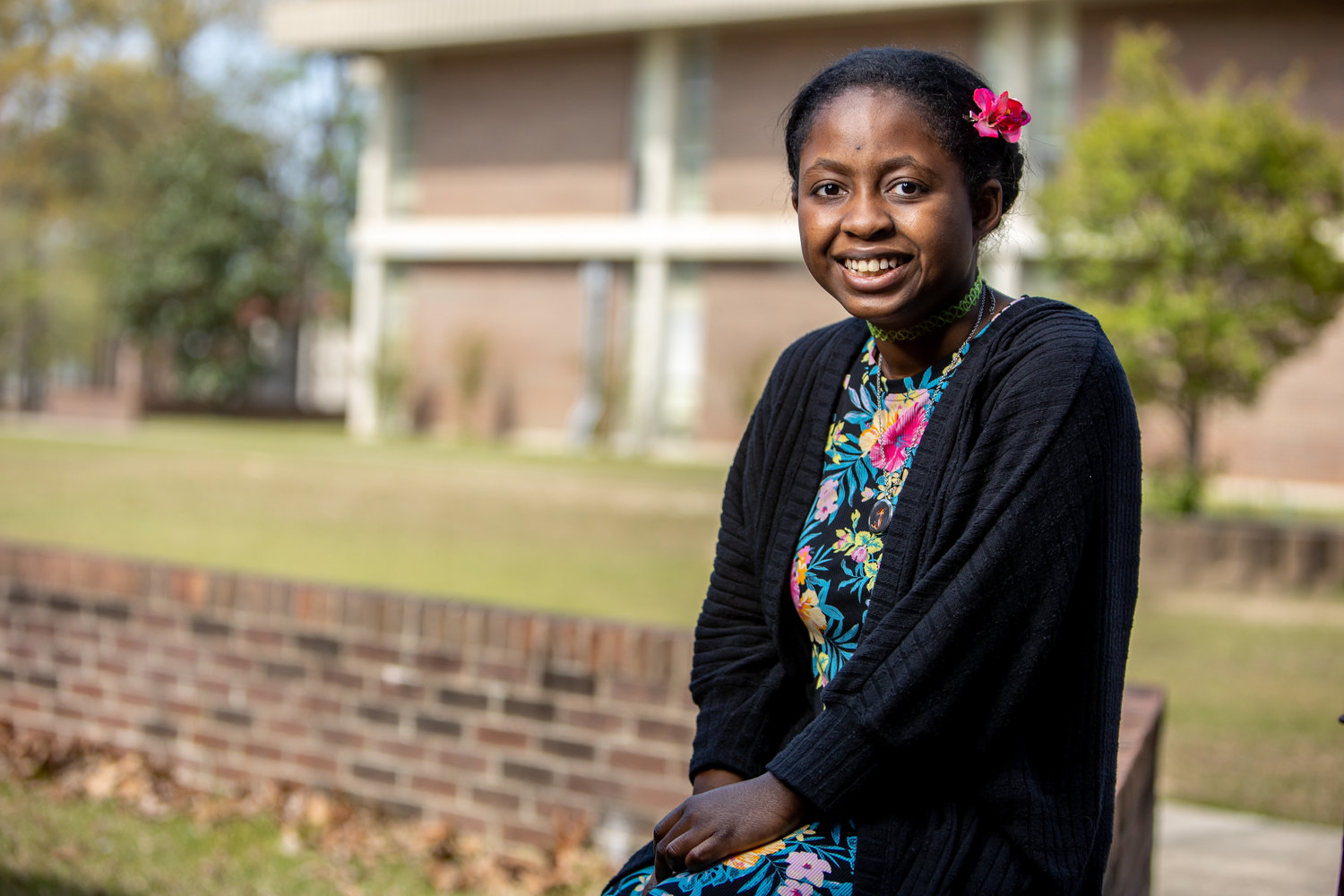 Nichelle Smith enjoys expressing herself through drama. She is involved in the theater arts program at Douglas Byrd High School.
Photo by Raul F. Rubiera for Cumberland County Schools 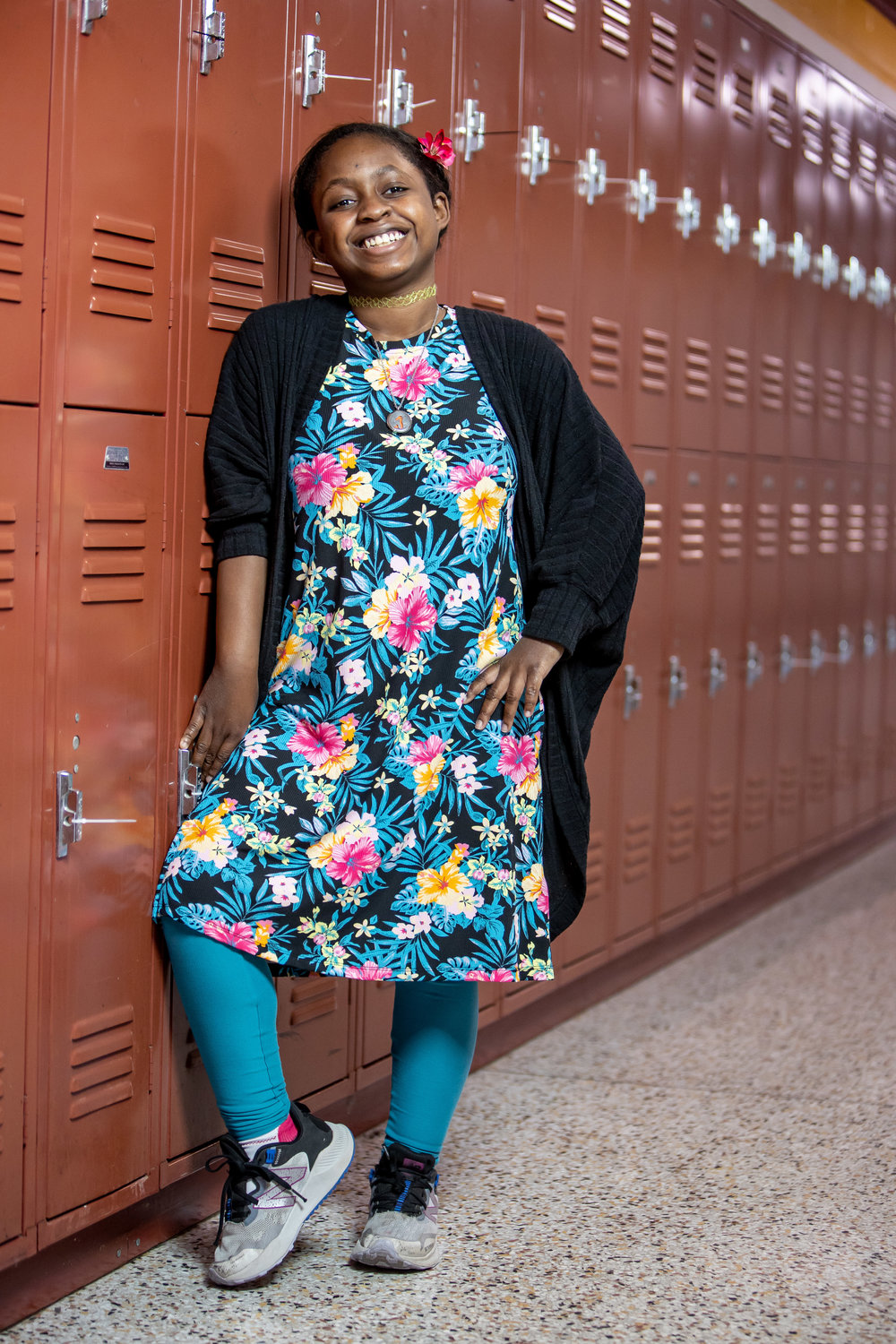 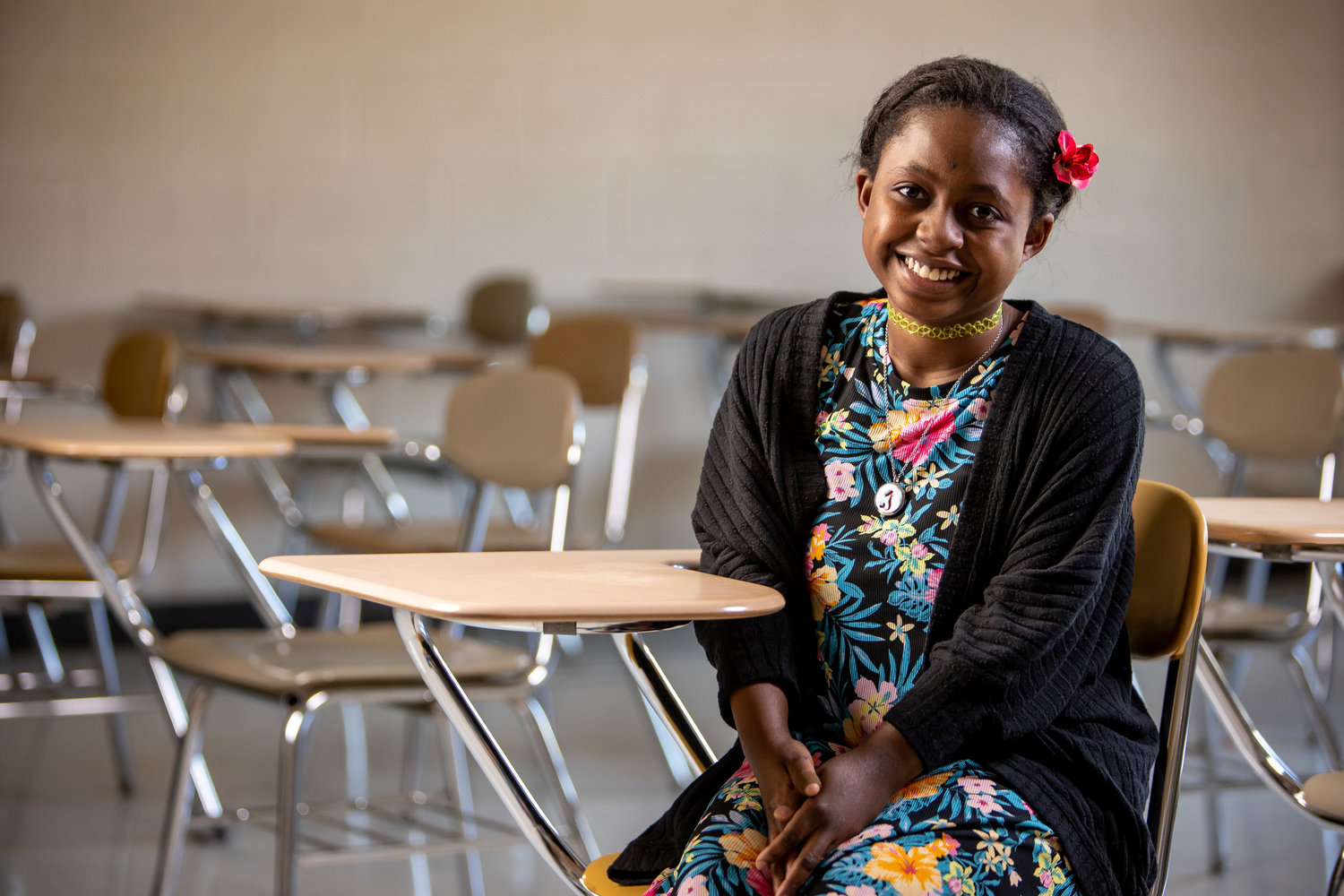 Nichelle Smith has been part of the Gilbert Theater Glee Club for the past nine years.
Photo by Raul F. Rubiera for Cumberland County Schools
Previous Next
Posted Wednesday, June 1, 2022 5:23 am

If I could give advice to an incoming high school student, it would be to just hang in there.”
Nichelle Smith
By Cumberland County Schools

High school should be a time for students to grow academically, develop self-confidence and figure out who they want to become. It's a time for fostering friendships and spending time on schoolwork, extracurricular activities and making memories.

But for Douglas Byrd High School senior Nichelle Smith, the past few years have brought many challenges. During her freshman year, Nichelle injured her foot, ending her ability to play soccer. And Nichelle has assisted her sister as she manages a chronic illness.

Throughout Nichelle's time at Douglas Byrd, her family experienced additional stress brought on by her father's military deployments, as well as her grandfather's death during Nichelle's junior year. Also, Nichelle has dealt with some learning challenges.

Despite this, Nichelle managed to maintain her GPA, volunteer with the Sound Ministry at her church, sing with the Youth Praise Team and perform with the Youth Praise Group. Right now, she is an intern at Cape Fear Regional Theatre. She also has been part of the Gilbert Theater Glee Club for the past nine years.

Nichelle enjoys expressing herself through drama. She is involved in the theater arts program at Douglas Byrd, but her internship with Cape Fear Regional Theatre stands out.

“I am most proud of my internship with the Cape Fear Regional Theatre and the opportunity to support the local theater community,” Nichelle says. “I’d like to be remembered for being a dedicated, hard worker who is very persistent.”

Nichelle stands out to the adults around her because of her work ethic. She continues to work on her growth and development and strives to be a shining light to those around her.

“Nichelle has a witty and sunny deposition that is contagious,” says Jackie Graham, a teacher at Douglas Byrd. “Over time, she has developed into an extraordinary young lady who is a very diligent and determined learner. She is an example to her peers of overcoming challenges and pursuing excellence despite difficulties.”

Nichelle will graduate from Douglas Byrd High School soon. She is thankful for her time in Cumberland County Schools and the teachers and staff members who have supported her, including Leon Borders, who worked with Nichelle as an academic liaison.

“Mr. Borders helped me work through many academic and personal challenges,” Nichelle says. “Whenever I needed help, he was there to push me and help me solve problems to the best of his ability. He was very supportive and always willing to listen and try to understand what I was going through."

As Nichelle moves to the next step, she has advice for those just starting high school.

“If I could give advice to an incoming high school student, it would be to just hang in there,” Nichelle says. “There can be a lot of ups and downs while in high school. You just have to stay focused."

After graduation, Nichelle plans to study theater at Fayetteville Technical Community College and become a phlebotomist. Then she plans to enroll at the University of North Carolina at Greensboro to further her education.