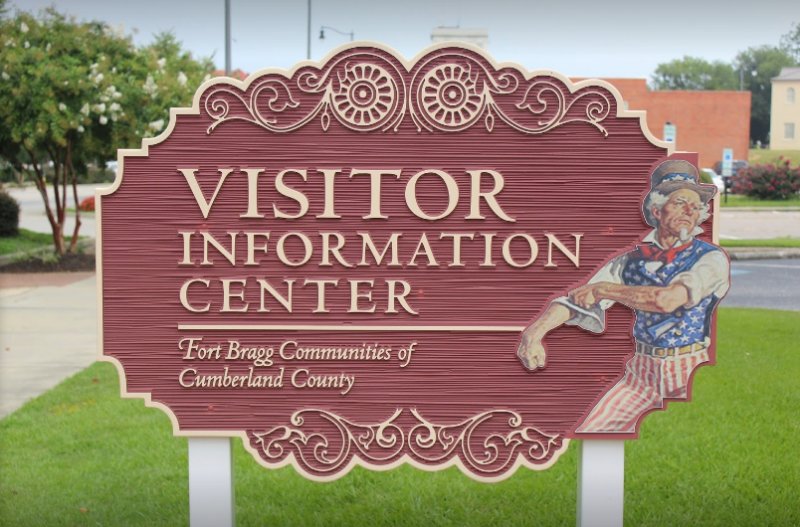 A big part of what brings people to Fayetteville and Cumberland County is the presence of Fort Bragg, according to a local tourism official.
City of Fayetteville photo
Posted Wednesday, September 28, 2022 3:56 pm

To see we’re 12 out of 100 counties, I think, is fantastic. It should be celebrated.”
Angie Brady, director of tourism marketing, Fayetteville Area Convention and Visitors Bureau
By Michael Futch | Staff writer

Cumberland County ranked 12th among North Carolina’s 100 counties in travel and tourism revenue in 2021, according to a new annual report.

The report was compiled for Visit North Carolina, a tourism promotion agency, by research consultant Tourism Economics Inc. It shows that visitor spending totaled nearly $610 million last year and continues to play a significant role in the Cumberland County economy.

Visit North Carolina is affiliated with the Economic Development Partnership of North Carolina, a nonprofit agency that operates under contract with the N.C. Department of Commerce.

According to the report, domestic tourism in Cumberland County generated an economic impact of $608.85 million last year, which is about 35% higher than in 2020, a year that was affected by restrictions related to COVID-19.

Angie Brady, director of tourism marketing with the Fayetteville Area Convention and Visitors Bureau, said Tuesday that Cumberland County has ranked among the top 10 counties in years past. She has been with the tourism bureau for 14 years.

“What I take from being (ranked) 12, there were a lot of counties that suffered much more loss during COVID,” Brady said. “They’re seeing recovery at a higher rate. We are performing where we were performing pre-COVID in 2019. We didn’t suffer as much as our coastal or mountain counterparts.

“To see we’re 12 out of 100 counties, I think, is fantastic. It should be celebrated. We know we’re not a vacation destination,” she said.

A big part of what brings people here is the presence of Fort Bragg.

“Families are coming here to visit people that live here — probably military-related — and they’re taking their vacation time to come to visit,” Brady said. “It’s not that we’re a vacation destination.”

More than 4,550 jobs in the county were directly attributed to travel and tourism in 2021, the report said. That generated a $163.2 million payroll a year ago.

State and local tax revenue for Cumberland County attributed to travel came to $46.3 million in 2021, the Visit North Carolina study found. “This represents a $138.49 tax savings for each household in the county,” according to the report.

At this time, Fayetteville residents are seeing proposals and potential projects involving a N.C. Civil War & Reconstruction History Center in the Haymount district and a Black Voices Museum that is planned for the downtown sector.

Projects in the planning stages could boost tourism revenue locally. Organizers of the planned N.C. Civil War & Reconstruction History Center have said that facility would be a destination for people from across the country with its educational focus on the war, emancipation and the Reconstruction era.

The Black Voices Museum, also in the planning phase, could be located downtown.

“I see them as being assets that we can promote that are available in our community,” Brady said. “It gives us more tools in our toolbox.”

According to Brady, the Fayetteville Area Convention and Visitors Bureau is responsible for promoting all of Cumberland County.

“What’s good for the community is good for our visitor,” she said. “In this industry, when someone says a new hotel is being built, I only believe it when dirt’s being moved.”

She said the Fayetteville Woodpeckers are more of a local draw, although Brady noted that the Minor League Baseball team draws fans from surrounding counties for games at Segra Stadium.

“They don’t have that,” she said of baseball fans who live in adjoining counties. “It’s easy to get to.”

Besides the money spent by visitors, Brady said Fort Bragg is the major economic driver in Fayetteville and Cumberland County.

“It’s those contractors and all those people coming in, and the defense workers,” she said.