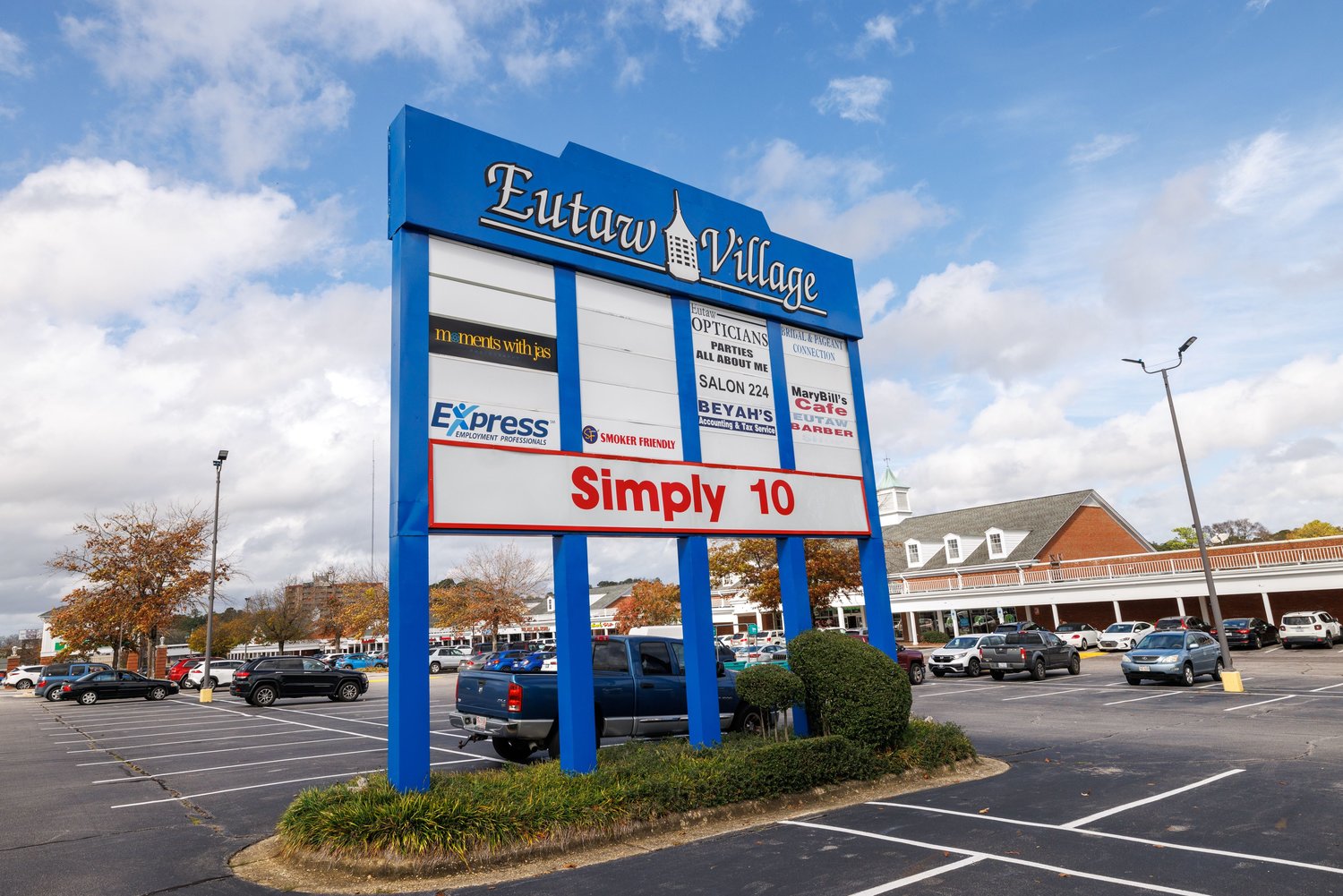 Eutaw Village Shopping Center opened in 1955 and had been owned by Stout Properties until is was sold to a Morrisville-based investors group in May.
Photo by Tony Wooten 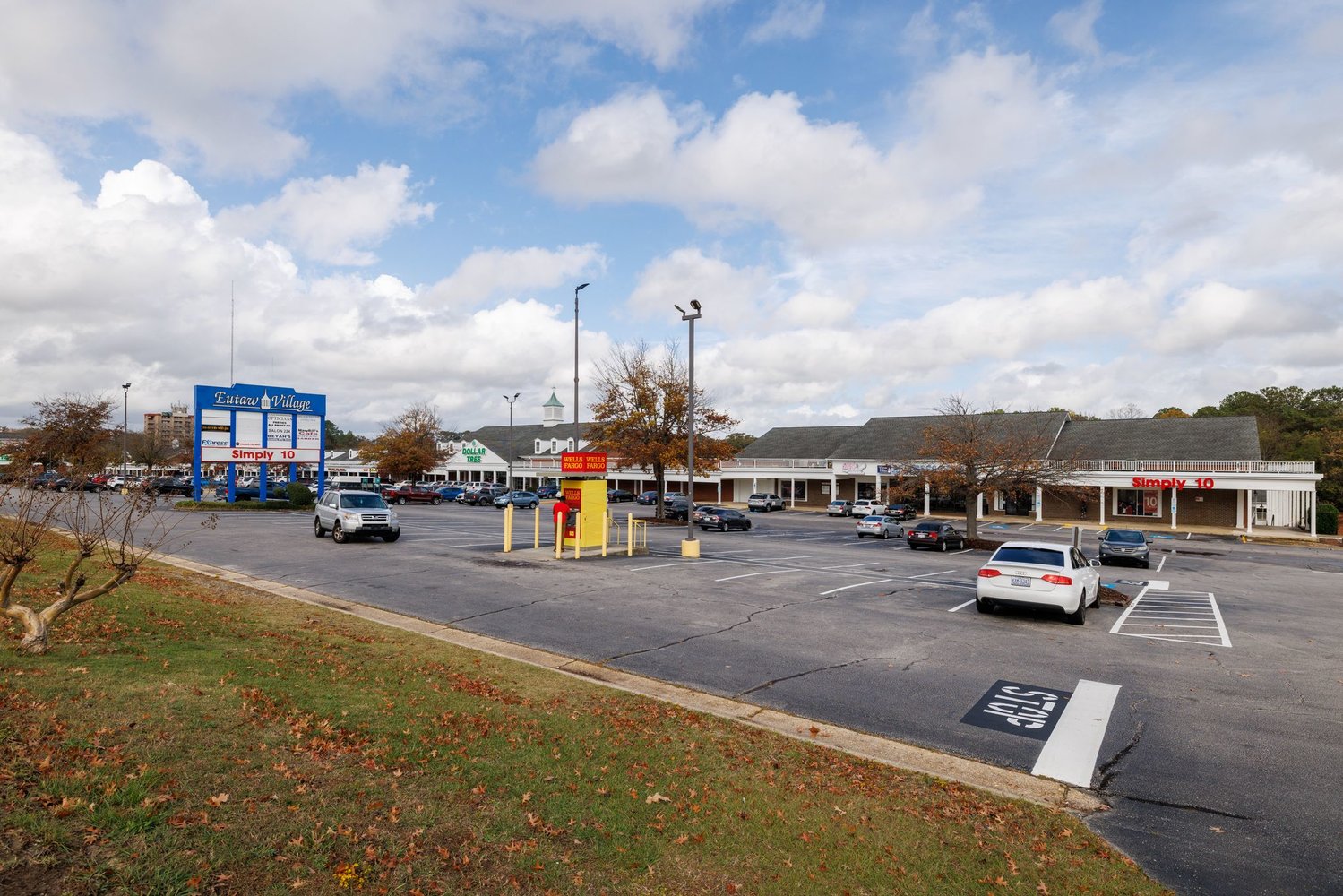 Fayetteville’s first shopping center — and one of the first in the state — is undergoing renovations and seeking new tenants after being sold to a Triangle area investor.

The sale by Stout Properties of Fayetteville closed in May. The total sales price for three parcels was $18.55 million, according to the Cumberland County Tax Administration website.

“We’re happy with the shopping center and happy with the way everything has worked out so far. It’s a great place,” said Zackary Fisher, the manager and minor-share owner of the property. “That area in Fayetteville has seen its ups and downs through the years. We’re real pleased with all the tenants over there. I couldn’t have asked for a better group of tenants.  A lot of them have been over there for a very long time.”

Fisher said the sales price “was the most I have ever paid for anything.”

Renovations that are underway include an upgrade to LED outdoor lighting; replacement of old air-conditioning systems; inside maintenance; and replacement of cast-iron piping in the sewer lines.

“A lot of maintenance things,” Fisher noted. "And we'll go through and do that stuff, make sure that it's healthy. A property that looks good is going to attract tenants and customers.

"It was in good shape, other than the fact that it's just an older property," he said.

The shopping center currently has 85 tenants, Fisher said, with roughly 15 being added since the sale was completed. Those include a couple of photography businesses near a Dollar Tree discount store, which is one of the center's anchor stores along with Carlie C's IGA supermarket; a paint and sip store; and a couple of real estate businesses.

"We have a couple of vacancies left,” Fisher said, adding that the management is recruiting a cigar lounge.

The available spaces are mainly offices for professionals, he said.

The Stout family of Fayetteville had owned the shopping complex since it opened in November 1955.

“It was the first big commercial project that my grandfather did,” said Cam Stout, 54.

The sale followed the unexpected death of Frank Stout in 2021. The local orthodontist was 77. He had partnered with his father, Joe Wiley Stout Jr., from 1970 until Joe Stout’s death in 1988.

After Frank Stout’s death, his son Cam became the CEO of Stout Properties, the umbrella company for all the Stout holdings. The company primarily owns and operates strip shopping centers and office buildings in Fayetteville.

Fisher, 44, is a real estate broker in Raleigh and is part of the 10-owner investment group that bought Eutaw Village. He said his co-owners are like-minded investors.

“We were selling a property in Greensboro — a single-tenant Food Lion property,” he said. “Our preference has always been kind of a multitenant mom-and-pop shopping center. It was an opportunity for us. The way the market was last year and with the way the bigger investors were very hungry for single-tenant corporate assets, we sold the Food Lion at a price we were happy with. ... When we sold that property in Greensboro, our preference was to reinvest in something else.”

The goal for a shopping center like Eutaw Village is not to squeeze the last dime out rent and make as much money as possible, Fisher said.

“Everybody likes to make money. But with a shopping center like this. it's also nice being a location that the community knows is available to start a new business or expand a business,” he said. “Rates are more attainable for mom-and-pops.

“We like being involved in the community that way,” he said. “We really like working and being part of a family of local mom-and-pop owners and providing a spot where we feel like we can take care of them.”

Cam Stout said the sale of Eutaw Village was “a little bittersweet.”

“I spent all my life at Eutaw," he explained. "To say it's all about money is ridiculous. When (the sale) came, I felt a little empty. I had a longer-term relationship with the tenants. The (group) that bought it really does see and think a lot like we did. We've talked to tenants over the last six to seven months, and they've said they enjoy working with Zack. He's doing a lot of improvements over there. I think the transition has been good for the tenants.

“I believe that we found the right group,” he concluded. “It's been a win-win-win, for Zack, us and the tenants. It's been part of my entire life. I wouldn't be human if I didn't feel a little sad about it. My mother said it's like giving away one of my children. It's refreshing to see that it's prospering."