The donation will be used to address the shortage of affordable housing, officials say. 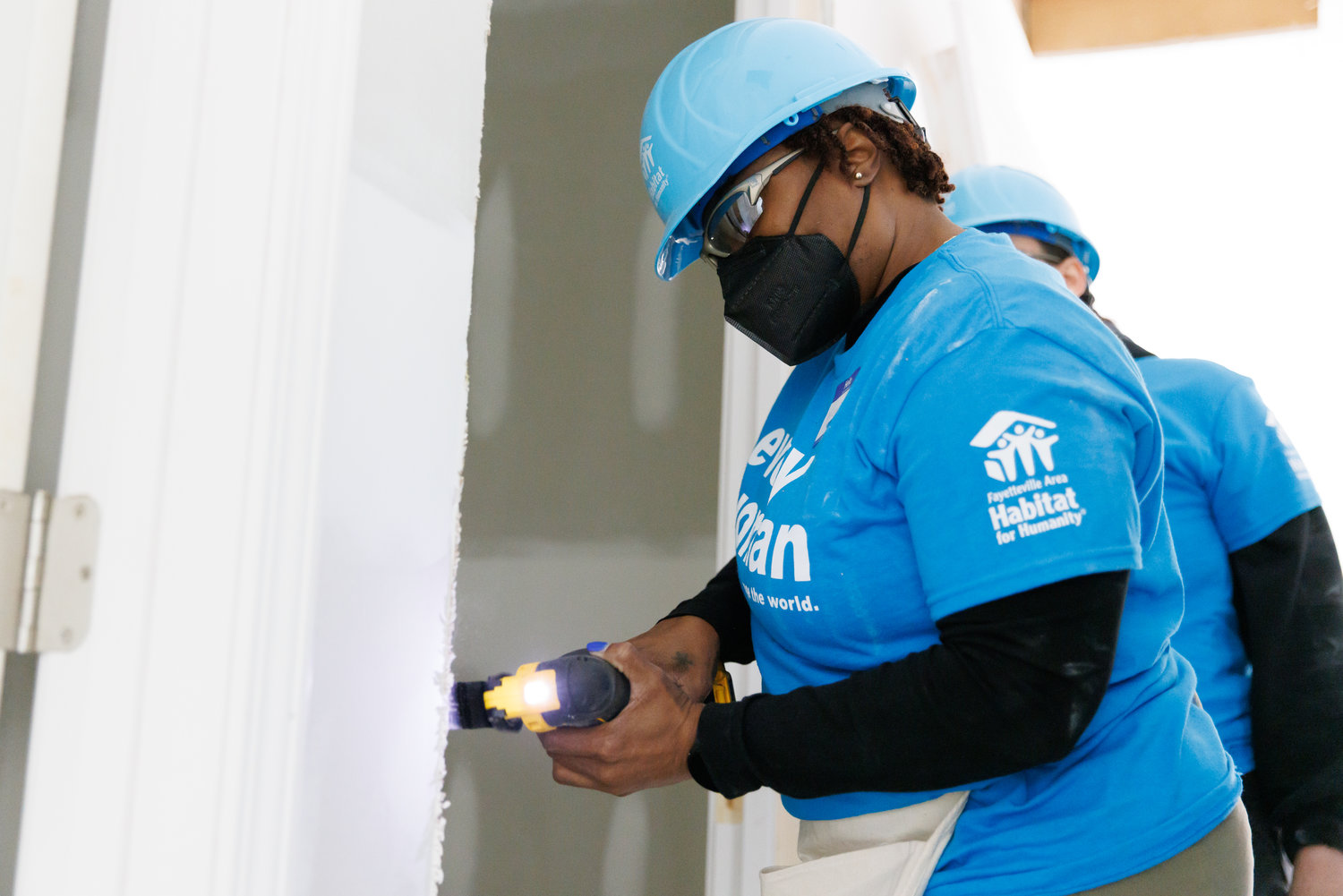 Monique Smith cuts off excess wood from a door frame during the Fayetteville Area Habitat for Humanity's annual "Women Build'' event on March 5. The organization announced Tuesday that it has received a $5 million gift that it will use to address affordable housing issues in Cumberland, Sampson and Bladen counties.
Anthony Wooten
Posted Tuesday, March 22, 2022 2:24 pm
By Michael Futch | Staff writer

The Fayetteville Area Habitat for Humanity announced Tuesday that it has received a $5 million donation from American novelist and philanthropist MacKenzie Scott.

The funding is part of an overall $436 million allocation earmarked for Habitat for Humanity International and 83 Habitat affiliates.

Scott is known for her involvement in Amazon.

"This is a first. This is a first for us,” Ron Gunter, the chief executive officer of the Fayetteville Area Habitat for Humanity, said of the gift. “We feel like it’s probably an acknowledgment of what we’ve accomplished in the last three years. And a challenge to do even more in the years ahead, which we have every intention of rising to that challenge.’’

Gunter said Fayetteville Habitat for Humanity wants to make an impact in affordable housing in the three counties that it serves: Cumberland, Sampson and Bladen.

“And we’ve been looking to expand in Robeson County,’’ he said. “Now this will make that possible.”

The money will help the agency address the affordable housing shortage in the area it serves.

“There are multiple things here. One is recognition of the team that’s been working the last three years,” Gunter said Tuesday. “I’m sure you’re aware that prior to three years ago, all of our work was repairs from the hurricanes – Matthew and Florence. All we did for about four years were repairs. We didn’t build a new home.

“And in 2019, we began a project with 47 homes. In addition to that, we built another five, almost 10 homes. Around 55 homes in the last three years. So we’ve been on an accelerated pace with a great team working together to impact affordable housing in the Fayetteville-Cumberland County area.”

Of the 55 homes, 49 are in Cumberland County; the other half-dozen are in Bladen and Sampson counties.

“This transformational donation will substantially help further Habitat’s vision of a world where everyone has equitable access to a safe, decent and affordable place to call home,” the agency said in a news release.

In 2019, the Fayetteville Area Habitat for Humanity expanded beyond Cumberland into neighboring Bladen and Sampson counties. It said through its homeownership, critical home repairs and veteran repairs programs, hundreds of people and families in those areas have seen affordable housing opportunities and home repairs completed.

Oakridge Estates, the 47-home development expected to be completed in June, “is just one example of the amazing work the organization has done in the past few years,” Habitat said.

“Fayetteville Area Habitat for Humanity firmly believes that every man, woman and child should have a place to live in dignity and safety,” Gunter said in the news release. “This $5 million gift makes it possible for us to expand our operational and outreach capabilities and turn that vision into a reality for many more families. This generous donation will allow us to enhance our financial security and provide long-term financial sustainability for the further development of affordable housing.’’

Oakridge Estates has taken more than $7 million to complete, the release said.  “‘Affordable housing’ is not affordable," Gunter said in the release. "A gift like this makes continued investment in our community possible by building more communities like Oakridge Estates and gives us a renewed sense of hope for the future and a firm resolve as we address the critical need for housing affordability.”

Habitat International said in the release that it will use its $25 million of the donation to prioritize advocacy and programmatic efforts designed to dismantle systemic racism in housing. Specifically, the donation will allow Habitat to advocate for policy proposals and legislation that enable millions of people to access affordable housing through its Cost of Home advocacy campaign; increase Black homeownership in the U.S. by targeting systemic barriers through a new initiative that will launch this summer, and leverage innovative capital investments that serve communities of color.