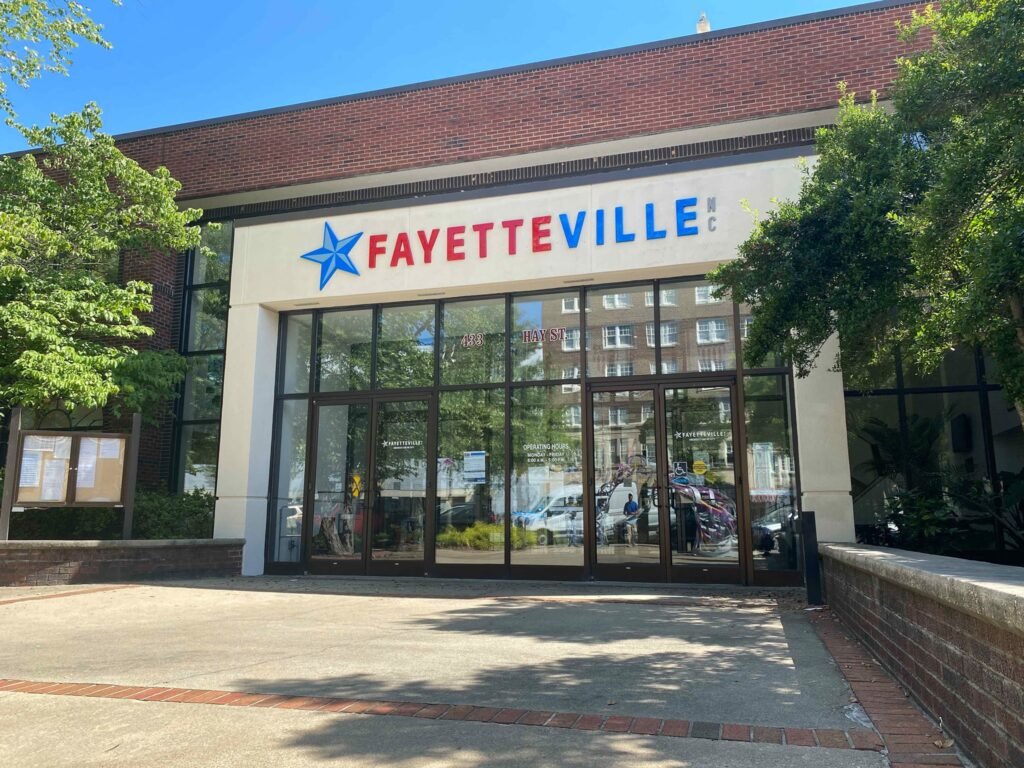 Residents turned out in large numbers Monday evening to speak in favor of $97 million in bond packages recommended by city administrators that would be put before voters in the November election.

A public hearing was held during a meeting of the Fayetteville City Council. The topic was whether to authorize $60 million in public-safety improvement bonds; $25 million in street, sidewalk and connectivity bonds; and another $12 million in housing bonds.

“After the public hearing, I’ll be requesting the adoption of three bond orders, one specific to each question: $60 million for public safety, $25 million for streets and sidewalks, and then $12 million for housing. And then I’ll be asking for the adoption of an overall resolution to call for a referendum.”

If the bonds are approved by voters, an increase in the property tax rate would be needed to repay the bonds in future budgets. However, city officials have said that would not be part of the fiscal 2022-23 budget approved in June by the City Council.

Earlier, during the council's dinner meeting, council members discussed a section of the N.C. general statutes dealing with elections and referenda. Some questions had cropped up late in the day, and the City Council directed City Attorney Karen McDonald to reach out to the Cumberland County Board of Elections to ensure that the proper steps had been taken to put the bond issues on the November ballot.

McDonald suggested that the bonds question be taken off Monday's agenda and brought back for consideration at the council's Aug. 22 meeting.

She later asked for the discussion to enter closed session based upon what Mayor Mitch Colvin called attorney-client privilege.

Once the council members returned from closed session, City Manager Doug Hewett said, "If you don't take action tonight, there is no bond. We are as ready as can be, so hopefully the council can have a positive impact on it."

During the public hearing, Charles Matthews was the first to speak. He urged the City Council to invest $20 million of the proposed $60 million public-safety bond package “for the safety of Fayetteville.”

“I’m very optimistic that you will do the right thing for the people of Fayetteville,” Matthews said. “Many locations have been damaged and/or destroyed from the flood of Cross Creek. A car hydroplaned and flew into my vehicle on Country Club Drive. My vehicle was totaled. I was very lucky to survive. Do we really want to wait four or five years to stop the flooding?”

Calvin Bishop, who said a member of his family had been involved in the firefighting service in the city since before 1947, said he retired as a battalion chief after almost 35 years of service.

“This bond has been sorely needed for years,” Bishop said. “Literally, some of our fire stations are from 1976 or even earlier, as is the case of Station 2. As a member of the Fire Department Beneficiary Fund, we have donated equipment to the stations in an effort to try to prevent cancer among firefighters and helping to reduce risk.”

He said the city needs the proposed $60 million bond.

“This has been going on for years. This is nothing new,” Bishop said. “We just have not had a mechanism to finance this before. We’re absolutely in favor of the public safety side of the general obligation bonds.”

Cindy McCormick, executive director of the Fayetteville Police Foundation, said 100% of the organization's board members responded to a call to action when she sent it out. She said they all believe the Police Department’s top three needs are a 911 call center, a new training center and special vehicle storage.

After the public hearing, the council took separate votes on the proposed bond packages. Each was approved unanimously.

Councilman D.J. Haire asked Toland whether the city would set priorities if the bond packages are approved by voters.

The City Council then voted 10-0 to call for a bond referendum.

Toland said the resolution will now go before the N.C. Local Government Commission for approval.

“The unanimous votes here should pass without any problems to them,” he said. “And then, it will go on to the referendum. And then there will be action after that.”

According to the city, the $60 million for public-safety improvements would be used to acquire, construct and equip law enforcement and firefighting facilities.

The $25 million for streets, sidewalks and connectivity improvements would be used for street, mobility, sidewalk and streetscape improvements; bridges; bicycle lanes; curbs and drains; traffic controls; and greenways.

The $12 million in housing bonds would be used for community development programs “to provide and rehabilitate multifamily and single-family housing inside the corporate limits of the city, principally for the benefit of persons of low- and moderate-income,’’ agenda materials have said.

That would include programs to provide loans or other financial assistance to people and private housing providers.