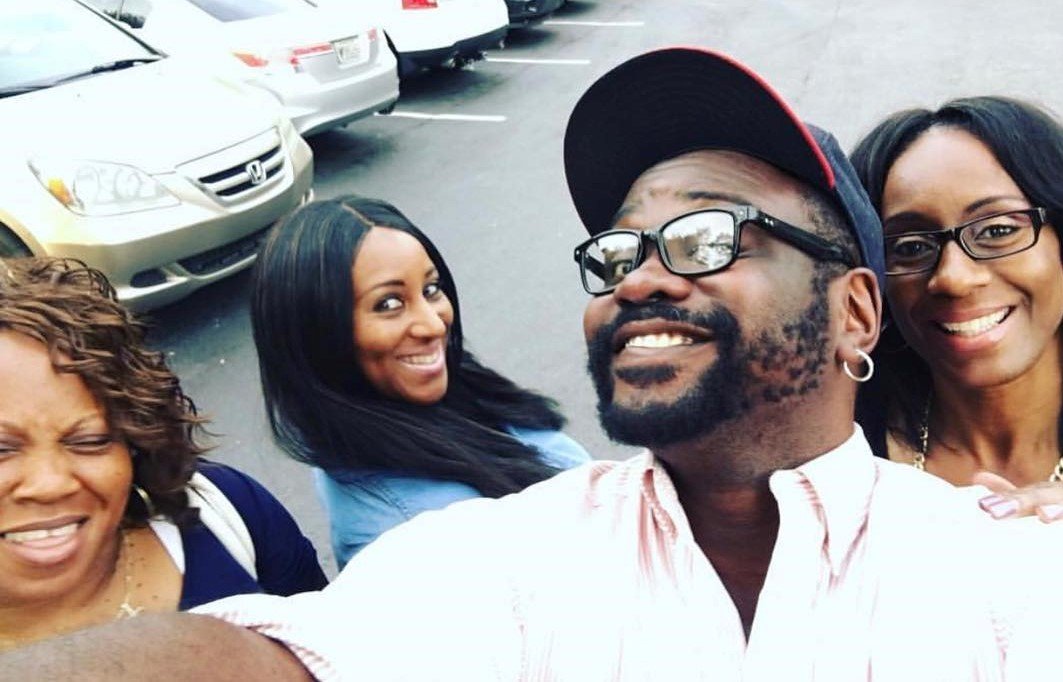 Brian Tyree Henry is pictured with his sisters in a post on his Facebook page.
Photo by Brian Tyree Henry on Facebook
Posted Tuesday, January 24, 2023 12:42 pm
By Michael Futch | Staff writer

The 2023 Oscar nominations were announced Tuesday.

“They have been best friends since elementary or middle school,” McNair said Tuesday.

Victoria McNair said she could not be more proud of her gifted friend.

“I’ve seen his journey from the beginning, really,” she said. “To see how far he has taken this thing is amazing to watch. He’s always been talented. He’s always been someone to make people laugh and entertain people and engage. To see him on this grand stage is not surprising. I knew he was going to be big.”

She said Henry is able to take on any role and embrace it as his own.

“The first time I remember seeing him play in high school, a crowded little room, and he was — if I remember correctly — it was a play about a man and a woman and their inner voice or alter ego,” Victoria McNair said. “Brian played the inner voice. He was really funny. He lit up the stage.”

Mother and daughter have stayed in touch with Henry, occasionally attending his performances on stage.

Henry,41, is a versatile actor whose career spans film, television and theater.

“I can't imagine how he’s feeling,” Smith McNair said. “I'm sure he's over the moon and nervous and all of those things at this time.”

In the 2022 psychological drama “Causeway,” actress Jennifer Lawrence stars as a soldier struggling to adjust when she returns home to New Orleans on the heels of a traumatic brain injury after an IED explosion during her tour in Afghanistan. She meets a local mechanic played by Henry, and the two forge an unexpected bond.

His character also has suffered physical and mental trauma after his nephew is killed in a vehicle accident on the 24-mile-long Lake Pontchartrain Causeway in Louisiana.

According to online sources, the film received positive reviews with Henry and Lawrence’s performances garnering acclaim from critics. For his performance in “Causeway,” Henry was nominated for Best Supporting Actor in the 28th Critics’ Choice Awards and Best Supporting Performance at the 38th Independent Spirit Awards.

The Hollywood Reporter wrote that Henry is “critically acclaimed, but not on a number of Oscar experts’ list of predicted nominees ahead of Tuesday morning.”

From 2016 to 2022, Henry appeared as Alfred “Paper Boi” Miles in the television series “Atlanta” for which he received a Primetime Emmy Award nomination for Outstanding Supporting Actor in a Comedy Series.

He also gained notice for his performances in television’s “Boardwalk Empire” and “How to Get Away With Murder” as well as the films “Bullet Train” and “If Beale Street Could Talk.”

Rolling Stone magazine, in a June 19, 2021, story, reported that Henry started acting in elementary school in Fayetteville. He is the youngest of five children of a middle-school teacher and a Vietnam veteran.

Henry grew up with his single-parent father in the Tokay neighborhood. His mother and sisters, Smith McNair added, were living in Washington, D.C., at the time.

He attended Morehouse College in Atlanta as a business major but turned to acting in the early 2000s. Henry received his master’s degree from the Yale University School of Drama, online accounts state.

As her student, Smith McNair remembers Henry as being very jovial.

“Just very friendly; always committed and never rude,” she said. “Like a sponge, he wanted to learn everything. Just friendly and cooperative. Talented. He kind of liked the spotlight a little bit. He wouldn't seek it out, but he would not refuse it if given to him.”

While attending E.E. Smith, Henry appeared in at least two school productions, according to Smith McNair. Though he worked with the crew backstage, she doesn't recall her former student appearing onstage in a show at Cape Fear Regional Theatre.

Henry, a baritone, was a member of the show and concert choirs. His senior spotlight song was from Andrew Lloyd Webber's "Phantom of the Opera,” Smith McNair recalled.

E.E. Smith graduate Ricardo Morgan said he met Henry when he was going to the same school.

"While I don't know him personally, I do know him for his work,” Morgan said. “We're extremely proud of him."

He said Henry was a member of the school’s marching band and that he also was the school mascot.

“He immersed himself in the arts,” Morgan said.

In a 2019 interview with late-night host Jimmy Kimmel, Henry said of his mascot role, “I thought I was a superhero.”

That way of thinking changed when he added that the huge bull head was knocked off his noggin.

“It was the most embarrassing moment of my life,” Henry told Kimmell.