The State Bureau of Investigation will look into the shooting, which happened Friday night on Colgate Drive. 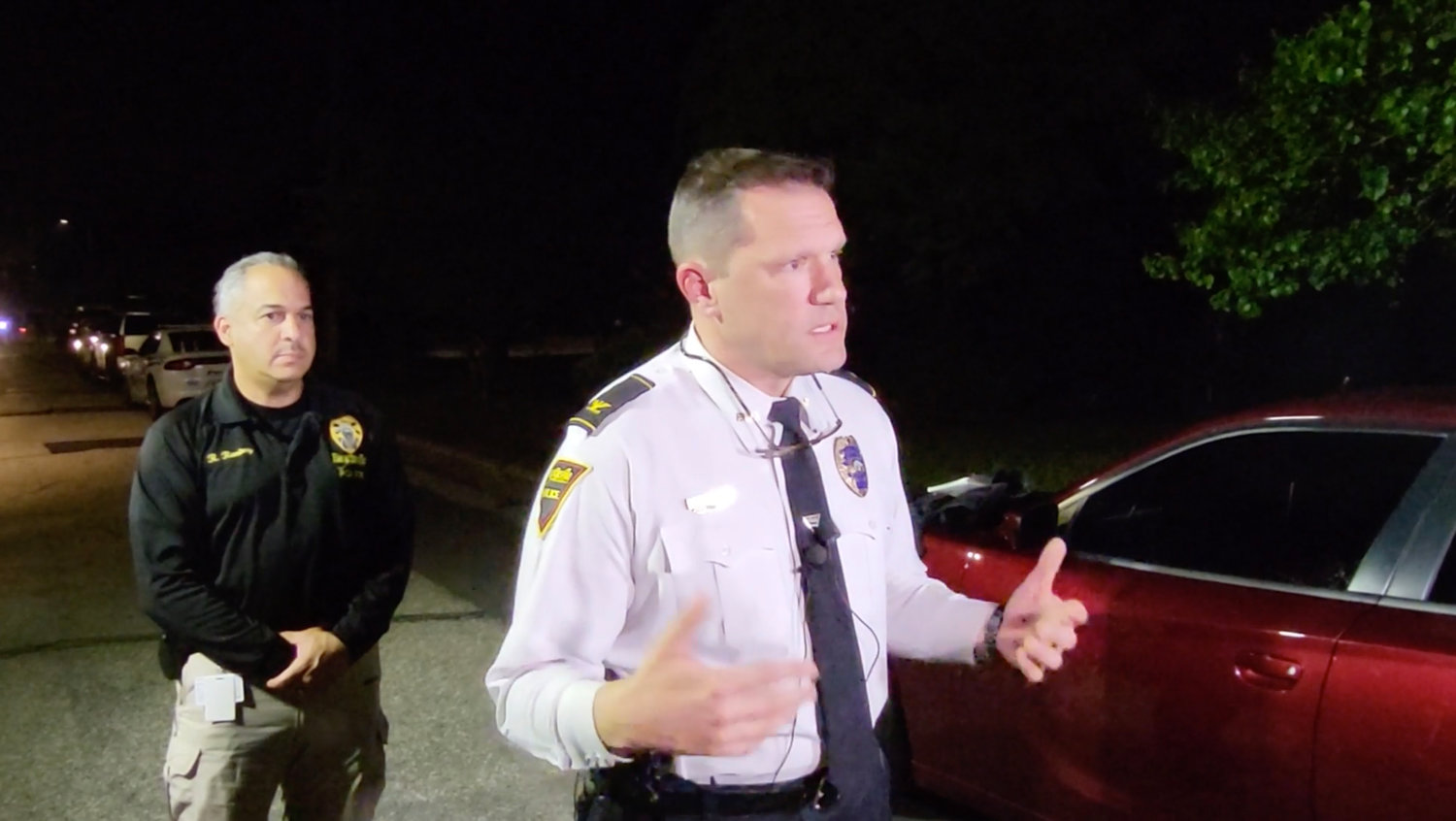 Fayetteville Assistant Police Chief James Nolette provides information about an officer-involved shooting during a news conference early Saturday morning. A woman who appeared to be “in crisis’’ was killed Friday night in a struggle with officers on Colgate Drive, he said.
Contributed
Posted Sunday, July 3, 2022 5:20 am
By Lorry Williams | Editor

A woman who appeared to be "in crisis'' was killed Friday night in an officer-involved shooting on Colgate Drive, the Fayetteville Police Department said.

Officers were dispatched just after 9:40 p.m. to a residence on the 2300 block of Colgate Drive in reference to an attempted break-in, Assistant Chief James Nolette said during a news conference early Saturday.

Officers were told that four men tried to break into the residence. Officers made contact with the occupants, a mother, a daughter, a grandmother and a grandfather, Nolette said.

No evidence of a break-in could be determined, he said.

While talking with the mother, Nolette said, there were some inconsistencies with her story. She also appeared “as if she were in crisis,’’ he said.

“And then suddenly, she produced a firearm,’’ Nolette said, adding that she began to threaten to harm herself.

Nolette said two officers spent about an hour talking with the woman, trying to get her to put down the gun and discussing getting her help.

The woman agreed to get assistance through Cape Fear Valley, and police had EMS ready to respond, Nolette said.

The woman continued to have the handgun, he said.

Several times during the talks, the grandmother and the woman’s child were around her, in front of her and “are in harm’s way,’’ Nolette said.

“After about an hour of de-escalating, the officers attempted to secure the weapon and gain control of the handgun,’’ Nolette said. “At that point, the struggle went to the ground and tragically, officers discharged their firearm. The female is deceased at this time.’’

The North Carolina State Bureau of Investigation has been contacted to investigate the officer-involved shooting, the department said.

The officer will be placed on administrative duty pending the outcome of the investigation, which is standard procedure, the department said in a release.

The Police Department’s Internal Affairs Unit will conduct an internal investigation to ensure departmental policies and procedures were followed during the incident, the release said.

The names of the woman and the officers are currently being withheld.

There is body camera footage, which will be turned over to the SBI, Nolette said.

The department “reviewed it preliminary just to get an idea of the true facts that occurred there and not just perception,’’ Nolette said.

“This is a tragic situation,’’ he said.

Lorry Williams is editor of CityView TODAY. She can be reached at lwilliams@cityviewnc.com.