New leader has been with FTCC since 2019, vows to 'stay the course' 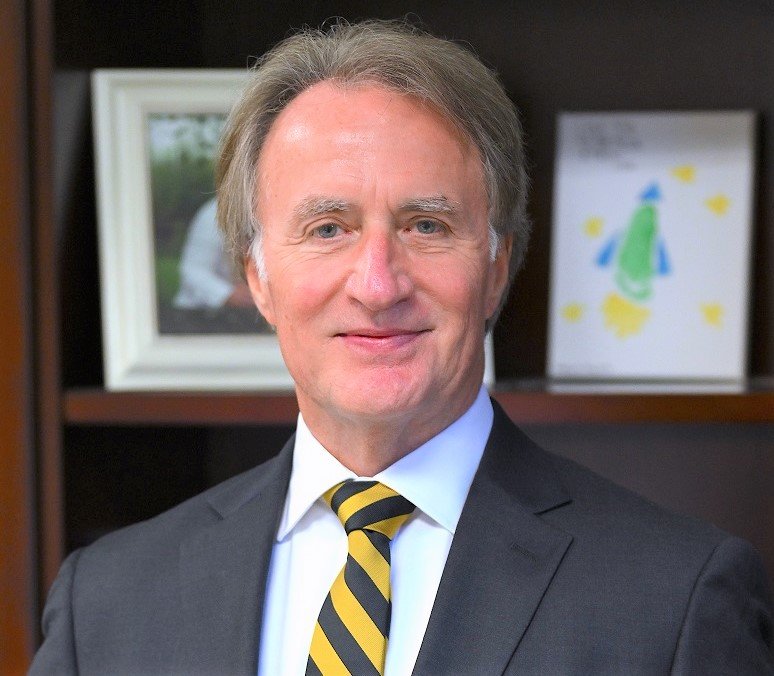 I’m eager to continue serving with other community leaders to improve the higher education and economic opportunities that are available and to enhance the social mobility of our citizens.”
Mark A. Sorrells, new president of Fayetteville Technical Community College
A staff report

A nationwide search for a new president led FTCC trustees back home.

Mark A. Sorrells has been named the next president of Fayetteville Technical Community College, the school's board of trustees announced in a news release Monday.

Sorrells is currently FTCC’s senior vice president for academic and student services. He will succeed J. Larry Keen effective Jan. 1. Keen, who announced his retirement in January 2022, has led FTCC since 2007.

“We are delighted to have a leader of Dr. Sorrells’ caliber to guide FTCC into the future,” said David Williford, chairman of the board of trustees, according to the release. “We’re confident that he is the right person to lead our faculty and staff and to help our students achieve their goals. FTCC has a history of success, and we believe this will continue under Dr. Sorrells’ leadership.”

The nationwide search began in March. The N.C. State Board of Community Colleges approved his selection on Friday, and the FTCC trustees finalized the selection Monday morning, the release said.

Sorrells was one of two finalists for the job who met with students and faculty members at FTCC in August. The other was Pamela Senegal, president of Piedmont Community College in Roxboro.

Sorrells will be the fifth president of FTCC, which was founded in 1961. The school is the state’s third-largest community college with more than 28,000 students annually.

Sorrells said he will build on Keen’s vision for FTCC, the release said.

“I will do my best to carry on the legacy of Dr. Keen, who has been a wonderful mentor and friend,” Sorrells said. “I can assure you that we will stay the course and carry out and build on the vision that Dr. Keen has established for FTCC to serve as a leader in economic and workforce development for Cumberland County, the region and the state.”

Sorrells said he appreciates the support he has received from faculty and staff members and the public through the presidential selection process, the release said.

“Cumberland County is a ‘can do’ community,” he said. “I’m eager to continue serving with other community leaders to improve the higher education and economic opportunities that are available and to enhance the social mobility of our citizens.”

Sorrells joined FTCC in January 2019 in his current job. He has managed 86 curriculum programs, corporate and continuing education, student services, and academic support divisions, as well as assessment, accreditation and faculty development, according to the news release.

Under his leadership, FTCC has worked with private and public partners to identify and address critical needs in economic and workforce development. A key initiative is the Carolina Cyber Network, a partnership of two- and four-year colleges and universities working to address the skills gap needed to respond to cyberthreats, the release said.

Sorrells also has focused on expanding programs that address the workforce needs of employers in the county and region. The college recently has started or expanded health care programs including nursing and respiratory therapy training. A new state-of-the-art Nursing Education and Simulation Center will allow for increased enrollment in response to the demand of area employers, the release said.

Sorrells was a catalyst in the creation of FTCC’s H.O.P.E. Re-connect initiative, which provides on-the-job training in high-demand skills aimed at adult learners who lack college or high school credentials, the release said.

Before joining FTCC, Sorrells worked for 17 years at the Golden LEAF Foundation Inc., including 14 as senior vice president. His responsibilities there included program development and financial management for the $1.1 billion nonprofit organization, the release said. He also is a former executive director of North Carolina REAL Enterprises, a statewide organization that supports entrepreneurial education in rural communities.

Sorrells began his education career in 1985 as a business administration instructor at Haywood Community College.

Sorrells earned his bachelor’s and master’s degrees in business administration from the University of Tennessee, the release said. He holds a doctor of education degree in education leadership from East Carolina University. He completed executive programs for nonprofit leaders through Stanford University and was a fellow with the William C. Friday Fellowship for Human Relations’ Wildacres Leadership Initiative.

Sorrells and his wife, Leslie, have been married for 37 years.