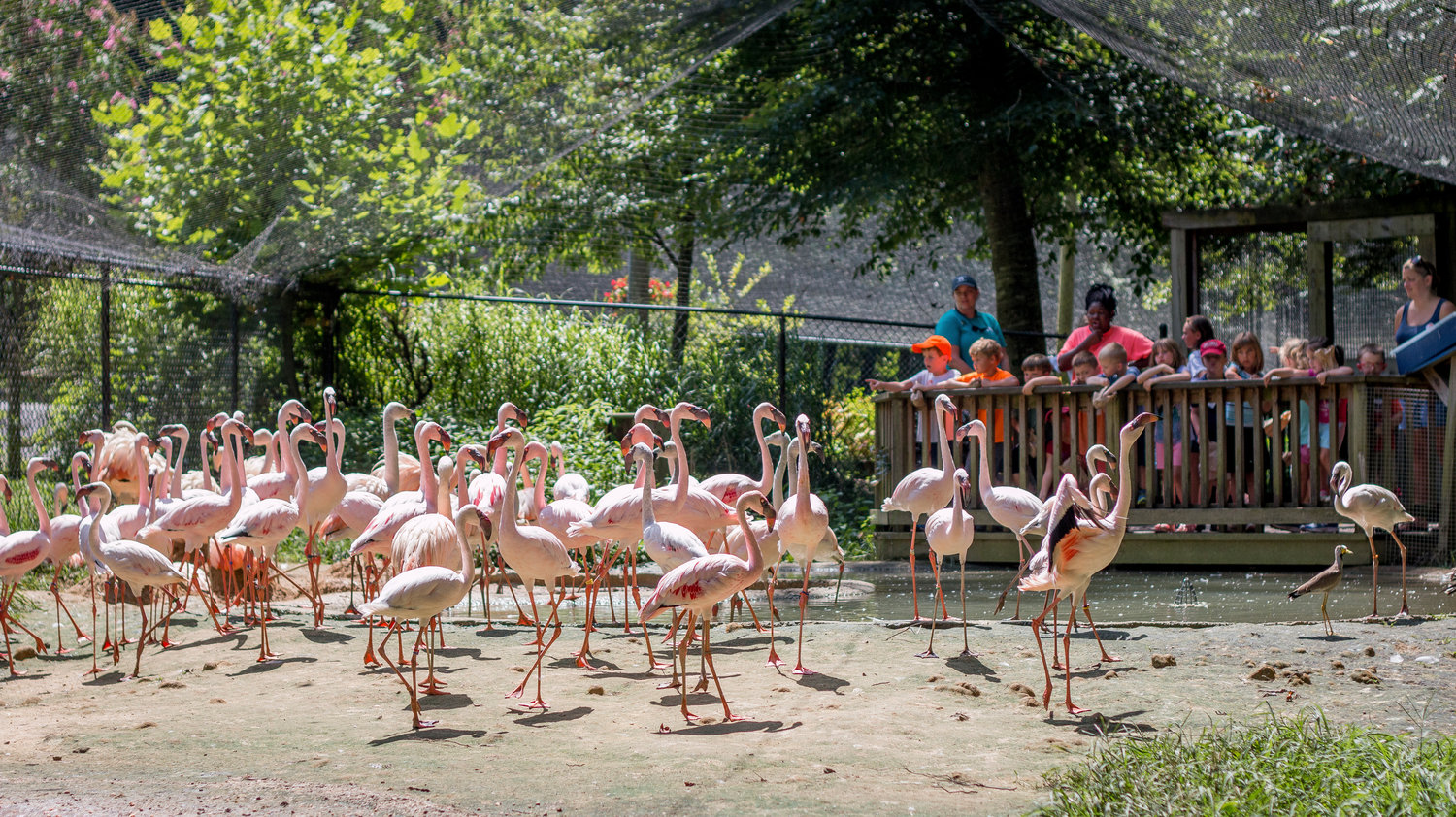 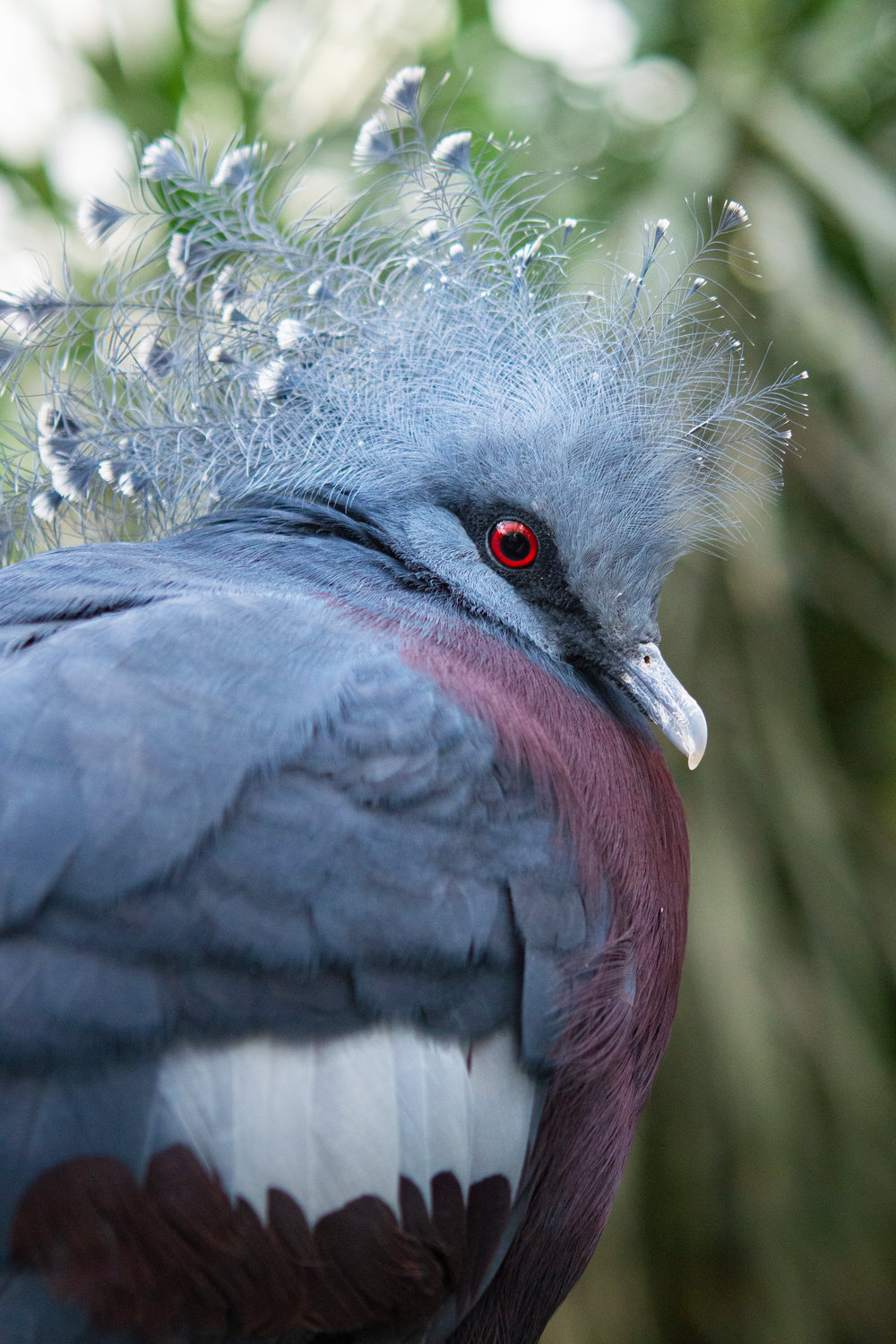 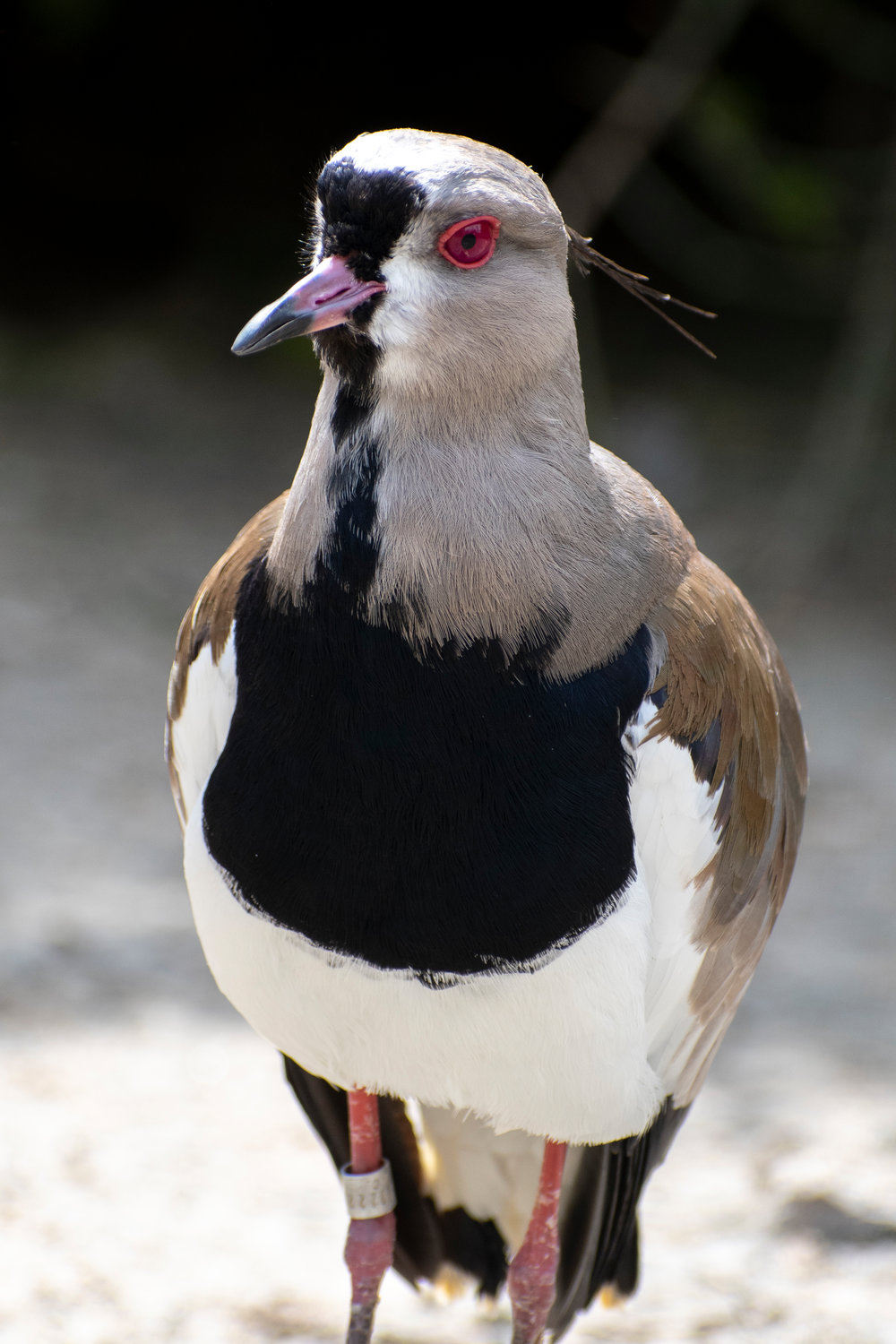 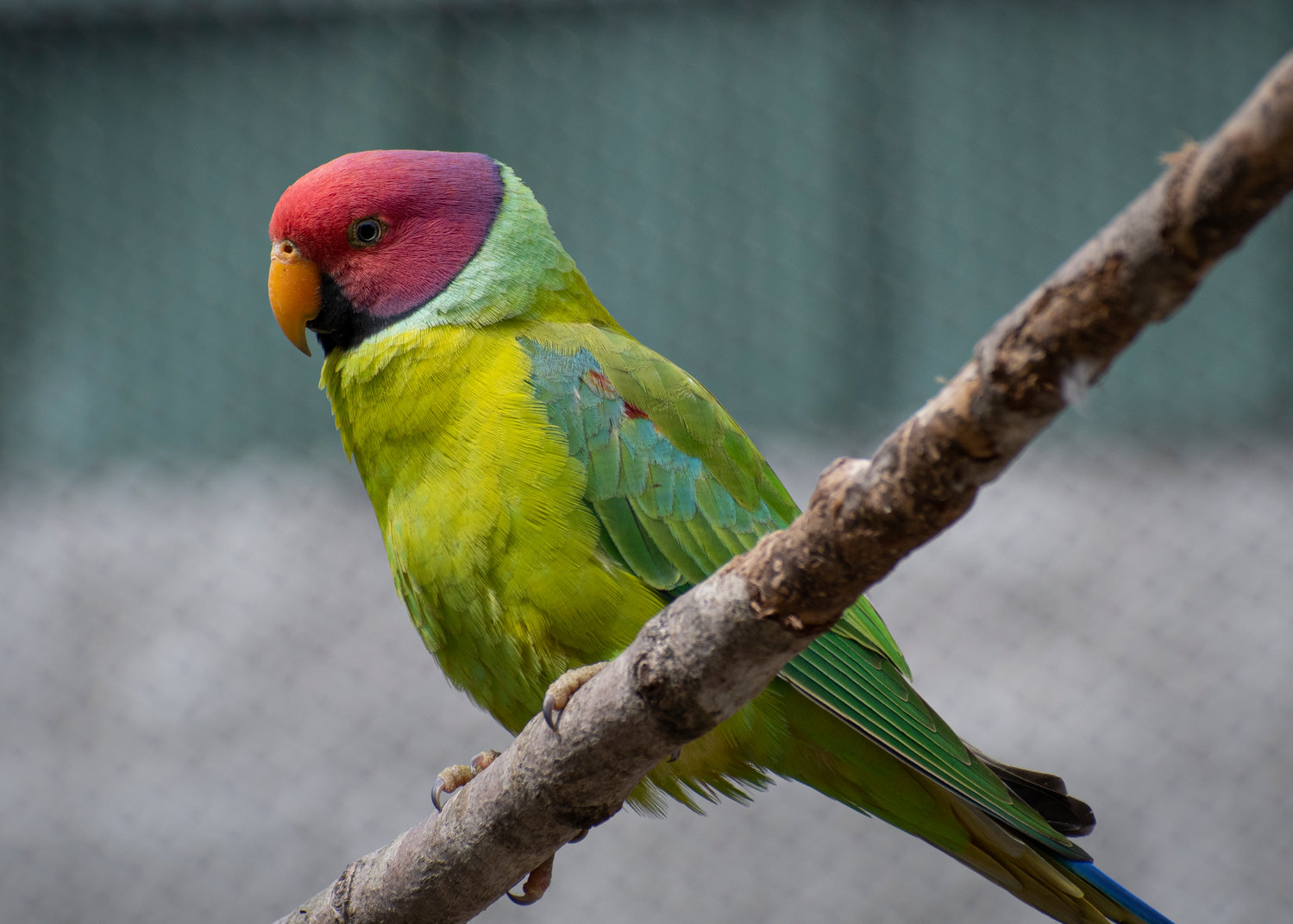 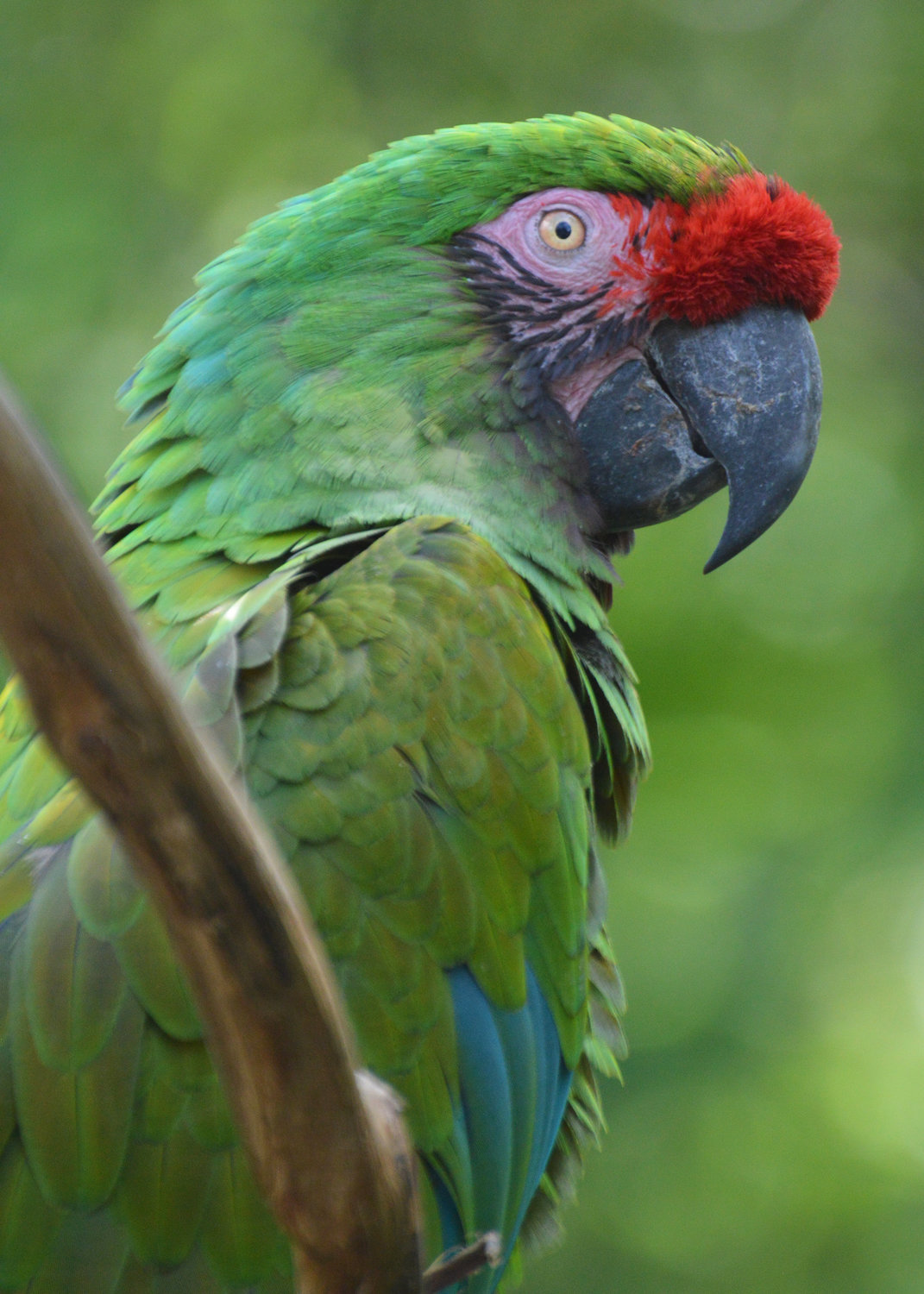 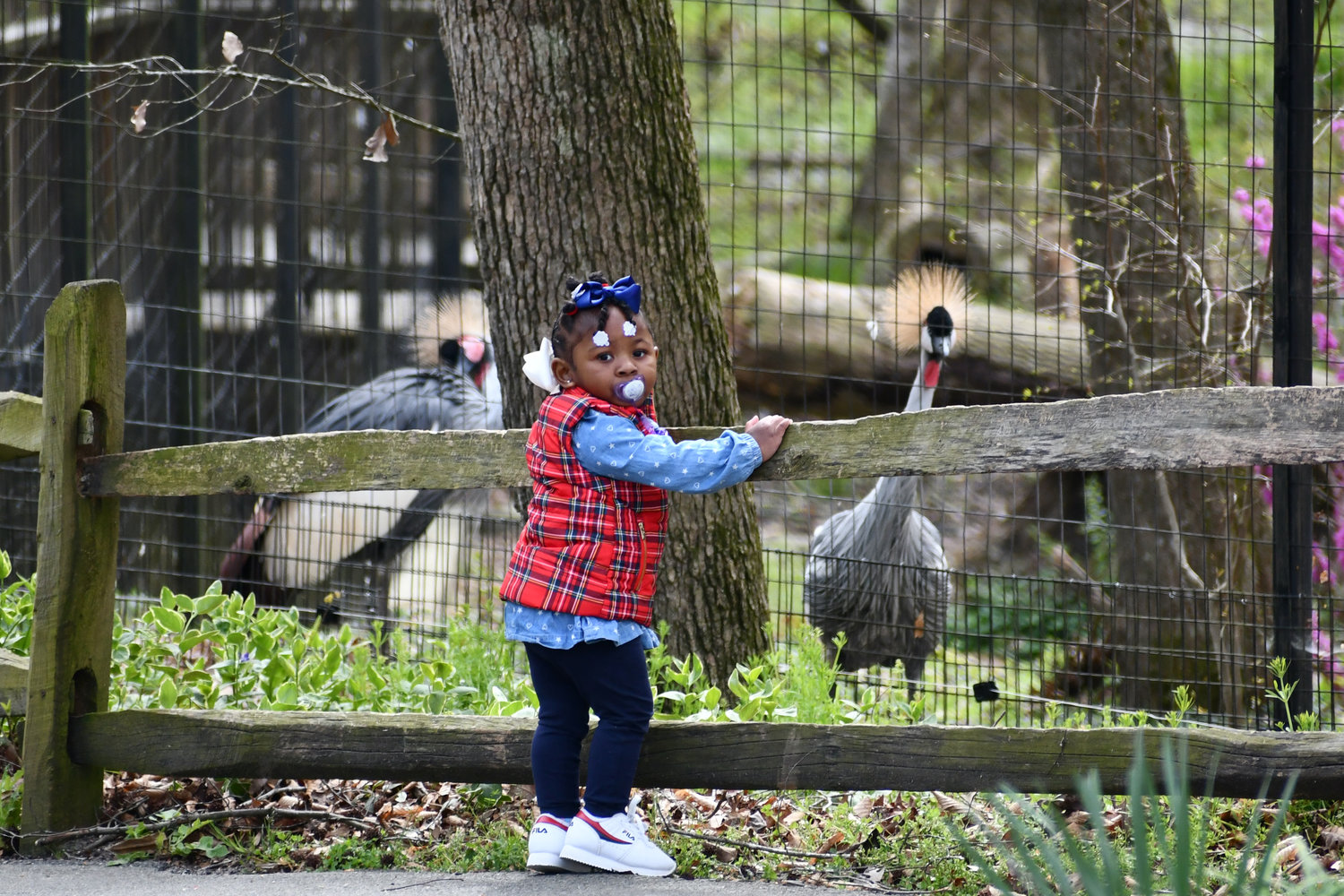 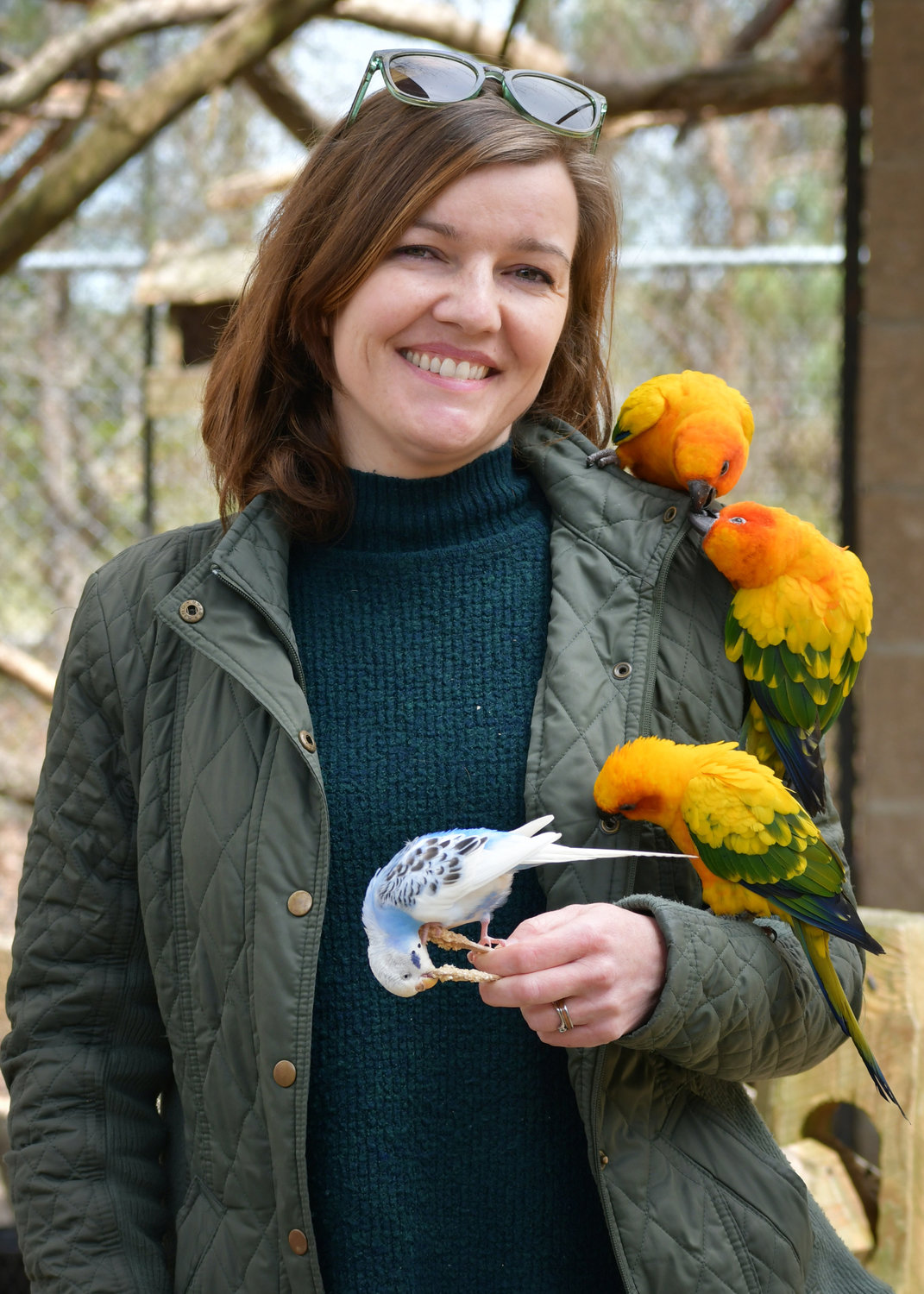 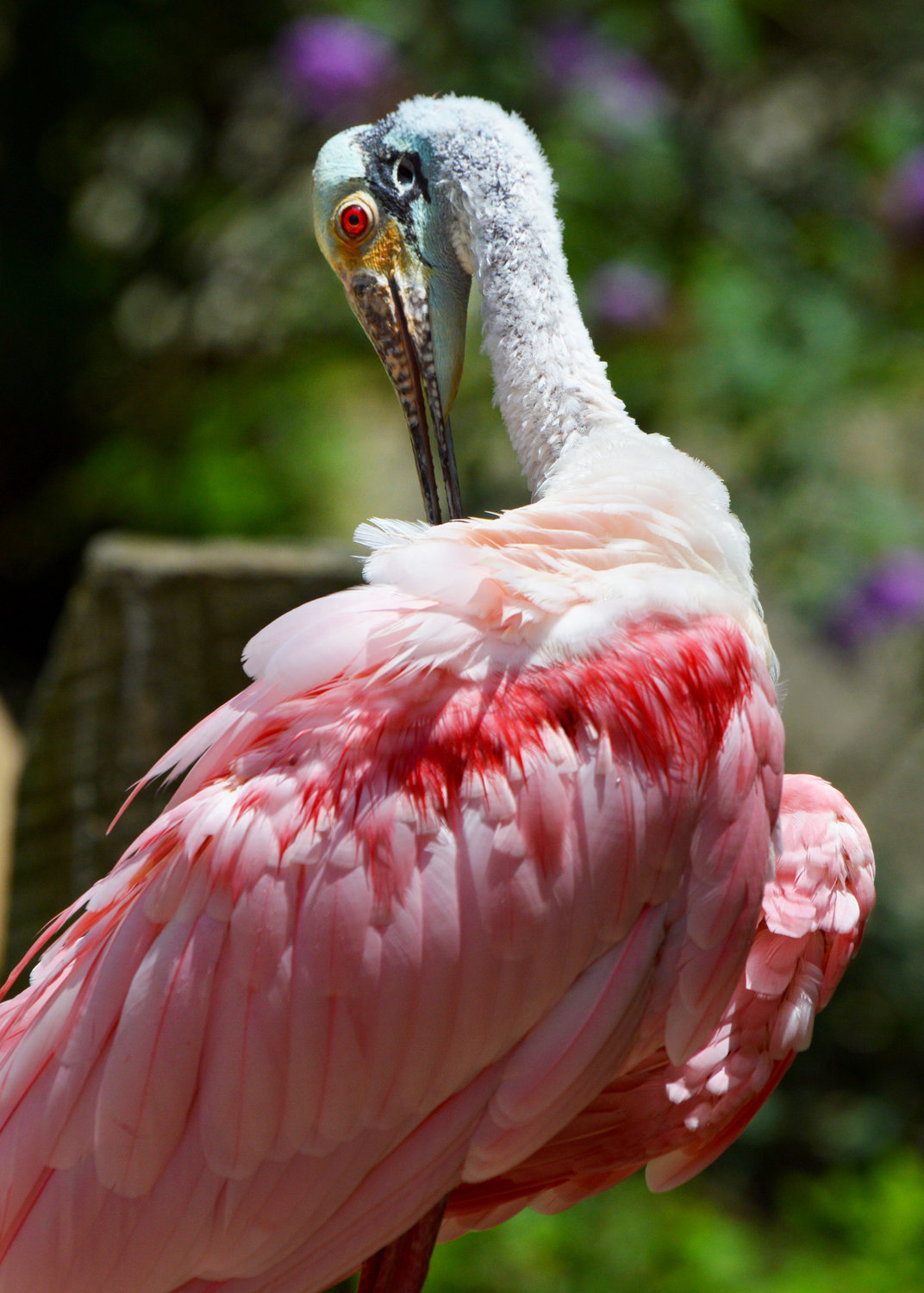 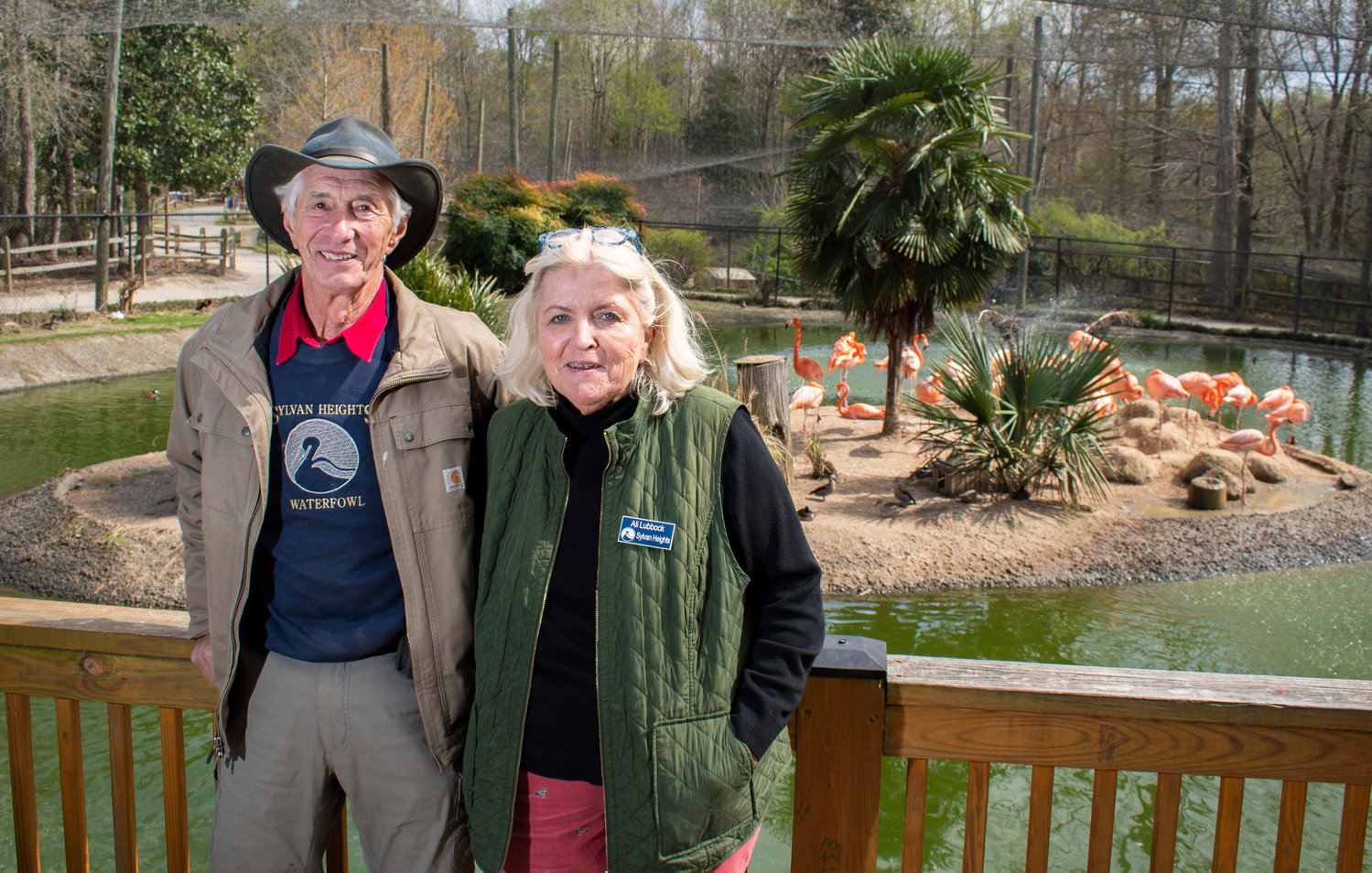 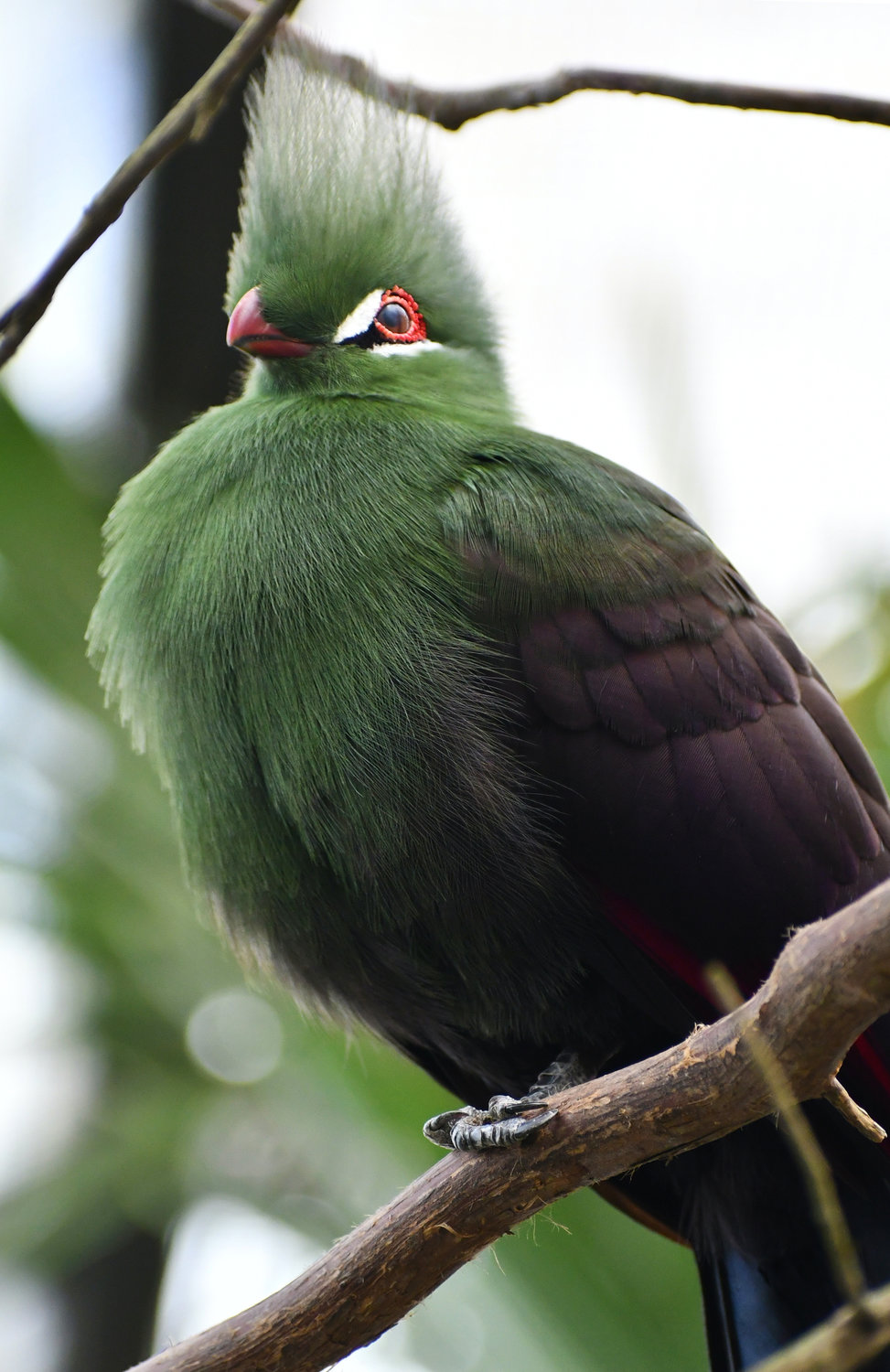 Sylvan Heights Bird Park, roosted in Scotland Neck, is home to the largest waterfowl collection in the world. All told, the park hosts more than 260 species of exotic birds in a mind-boggling array of sizes, shapes and colors. Just over two hours north of Fayetteville, the destination is a perfect day trip for families and a dream for photographers.

Sylvan Heights was founded by “The Waterfowl Man” Mike Lubbock and his wife, Ali, in 1981 in the mountains of North Carolina after the couple moved from England. Both talented aviculturists, they relocated their bird collection to rural Scotland Neck in 1989 when an 18-acre swampy swath of land became available.

“We started out 35 years ago with the Breeding Center, selling birds to zoos and private collections,” Mike recalled. “But we wanted to share our varied collection of waterfowl with people, so we decided to create a park to educate the public. The whole area was woods, swamps and hill. I walked friends through where I wanted to put the park, with rubber boots because it was wet and boggy, and they said, ‘You’re nuts! No way you can create anything here.’”

Undeterred, Mike enlisted the aid of the North Carolina Zoological Society, which helped Sylvan Heights get the funding to start construction. The park opened to the public in 2006. It has grown tremendously in those 16 years and now boasts eight walk-through aviaries and multitudes of other exhibits and interactive activities.

That interactivity is what makes Sylvan Heights so unique among zoos and conservation facilities.

“The way I designed it was people would interact with the birds, go into the pens, the birds would be flying around. You don’t know there’s netting over the top, so it gives you the feeling you’re in the wild with these birds” Mike said.

Upon first arriving, guests walk through the main building out into the Multinational aviary, which hosts several colorful species of ducks and American flamingos. If you’re not shy, head to the Landing Zone aviary and purchase some seed sticks and waterfowl pellets to feed the birds inside. Scores of parakeets and parrots will descend to your arms to snack on the seeds, and even the flamingos wading nearby will eat pellets from your open palm.
“You get children going in there scared to start with, and then suddenly the birds come and land and ‘These birds aren’t gonna hurt me. And the whole feeling goes the other way. Then you can’t get (the kids) out of there. So, we say that’s a good place for children aged 7 to 80,’’ Mike said.

From there, tour the park’s continentally themed aviaries and the two newest exhibits, the Wings of the Tropics and Birds of Paradise aviaries. As you move west through the park, you may also catch a glimpse of some exciting new arrivals: two very prehistoric-looking young cassowaries and two baby African fish eagles (the first successful breeding in North America in 25 years).

While Sylvan Heights is a fun family destination, it “goes a lot further than just being a public attraction with birds,” said Katie Lubbock, communications coordinator for the park. “It’s more about educating people about why we need birds and their habitat. I don’t think there’s another place quite like it in the world, in what we do with environmental education, in what we do with teaching future conservationists and biologists.”

That conservation mission is a recurring theme throughout the park and is truly the passion of the Sylvan Heights founders and staff. However, conservation in the modern world does come with some hard realities, as Mike said. “We keep quite a lot of endangered species and breed them, and certain species are loaned out to zoos for breeding. Eventually, the idea is to send them back (to the wild), but the problem is we can breed the birds but if they don’t have habitat they don’t have anywhere to go. … The habitat is disappearing, and as it disappears so do the birds and everything else around.”

Still, he remains hopeful. “We try to do our little bit anyways and hold on to what we have.”
As Sylvan Heights Bird Park is a nonprofit organization, all proceeds from admission, gift shop sales, and membership purchases go to supporting the bird collection and continuing the park’s education and conservation efforts at home and abroad. Upper-level members also receive an invitation to Duckling Day on June 11, the only day of the year the behind-the-scenes Avian Breeding Center is open to the public. Here, members can see where hundreds of ducklings, goslings, and swan cygnets are hatched and reared, tour the center’s private aviaries, and view several rare waterfowl species that may not be on display at the park.

At the end of the day, if guests walk away with one feeling, the park hopes it’s a newly kindled interest in birds. Mike agreed: “It gives me a lot of satisfaction seeing how people who haven’t been involved with birds before see birds in a different light.”