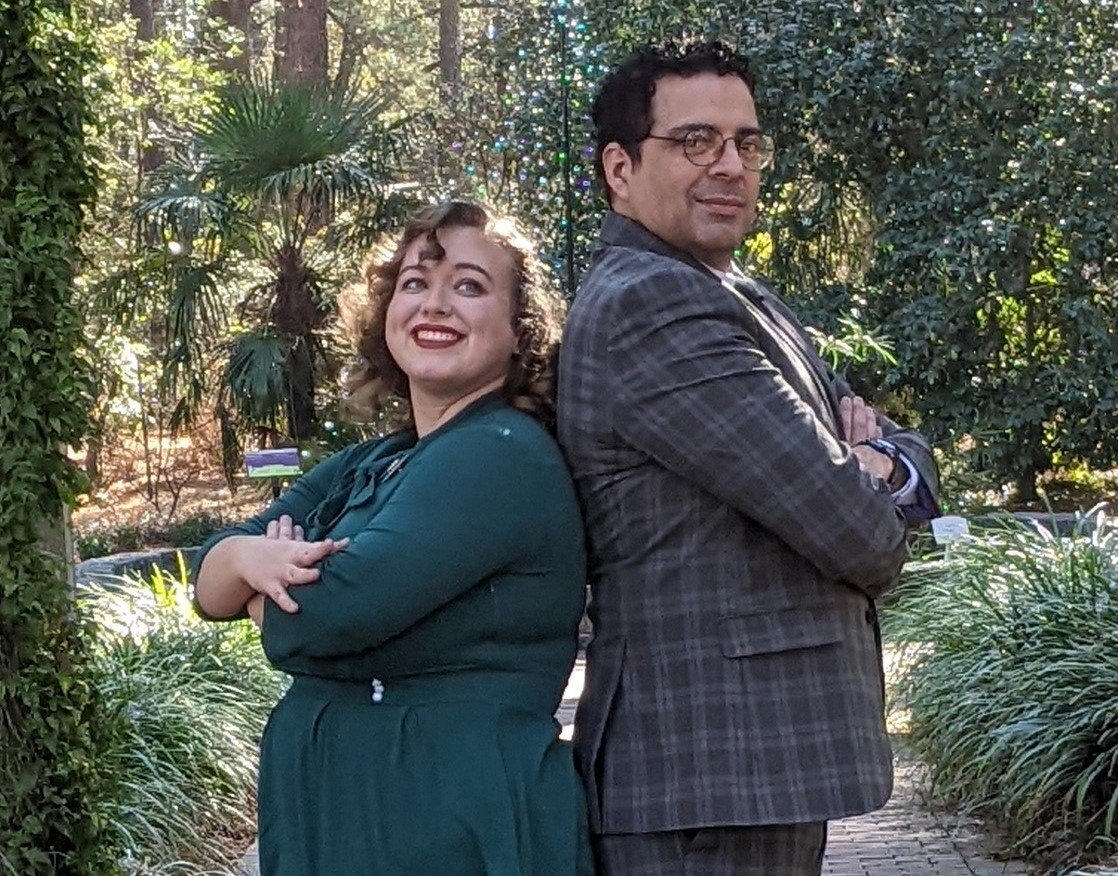 Brianna Little is Elsa Schraeder and James Merkle portrays Max Detweiler in the Gilbert Theater production of the musical 'The Sound of Music,'
Photo by Sheila D. Barker 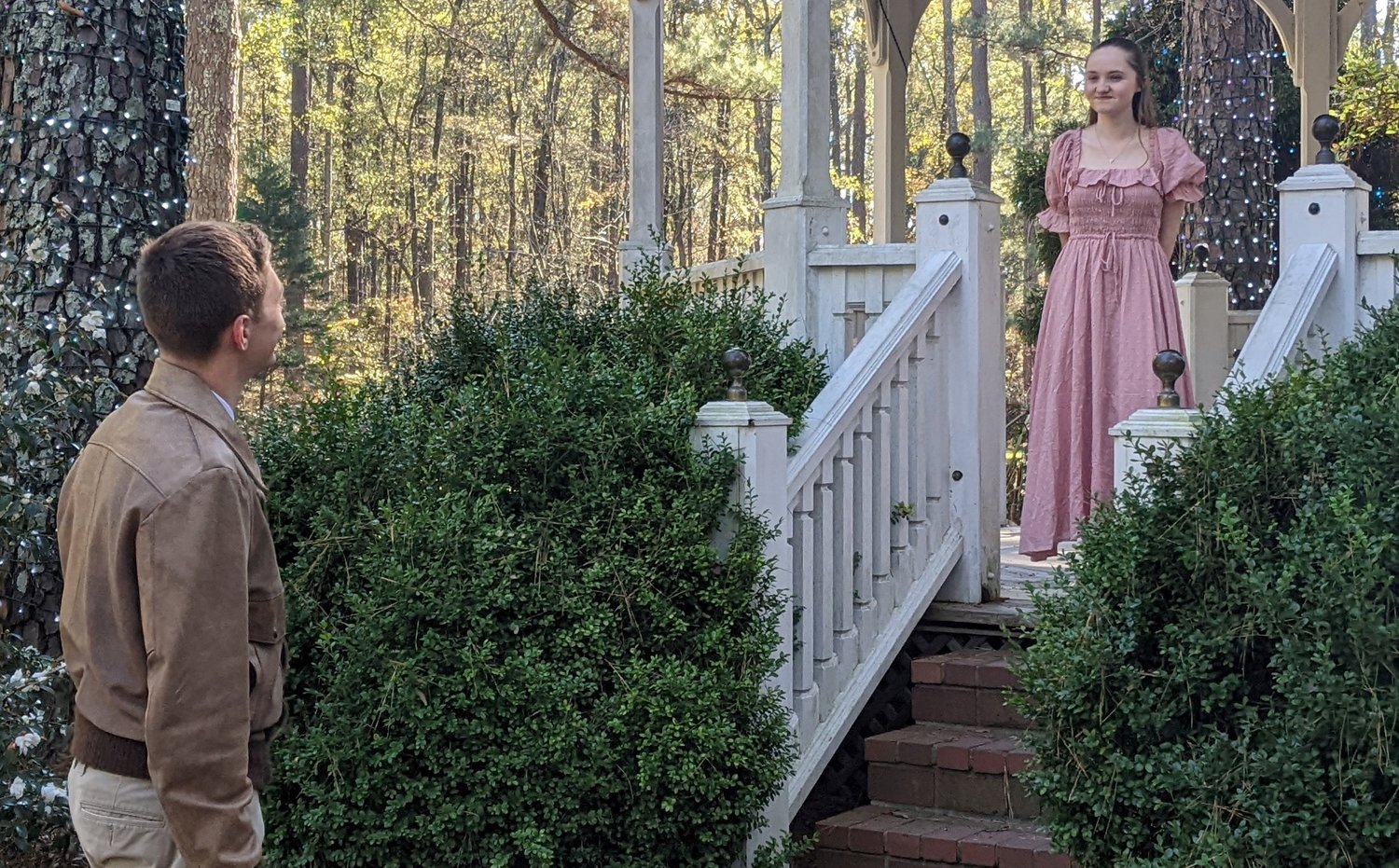 Dan Adams plays Rolf Gruber and Morgan Snyder is Liesl in the Gilbert Theater production of the musical 'The Sound of Music,'
Photo by Sheila D Barker 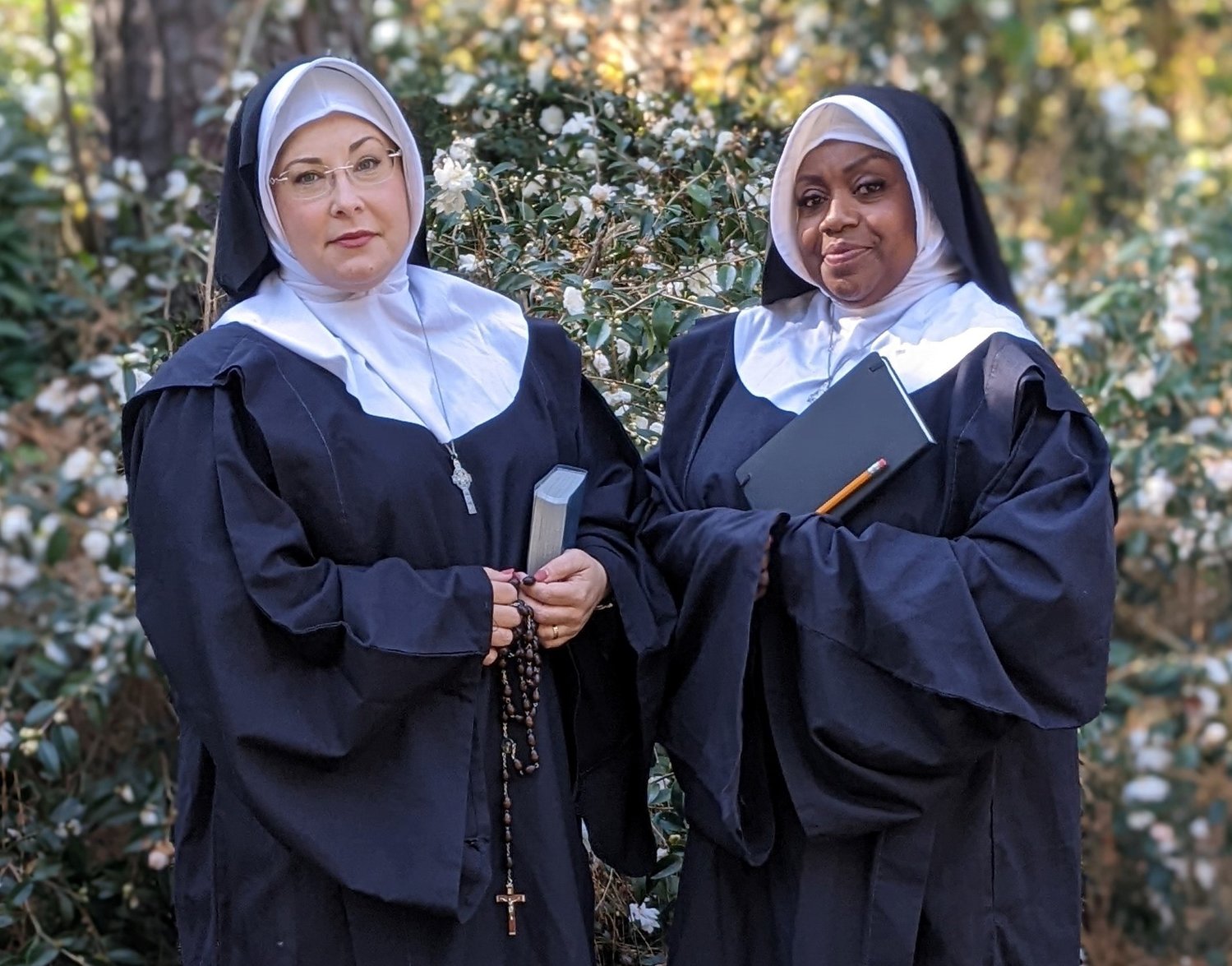 Jennifer Malone plays Sister Sophia and Jackie Hill is Sister Berthe in the Gilbert Theater production of 'The Sound of Music' through Dec. 18.
Photo by Sheila D Barker 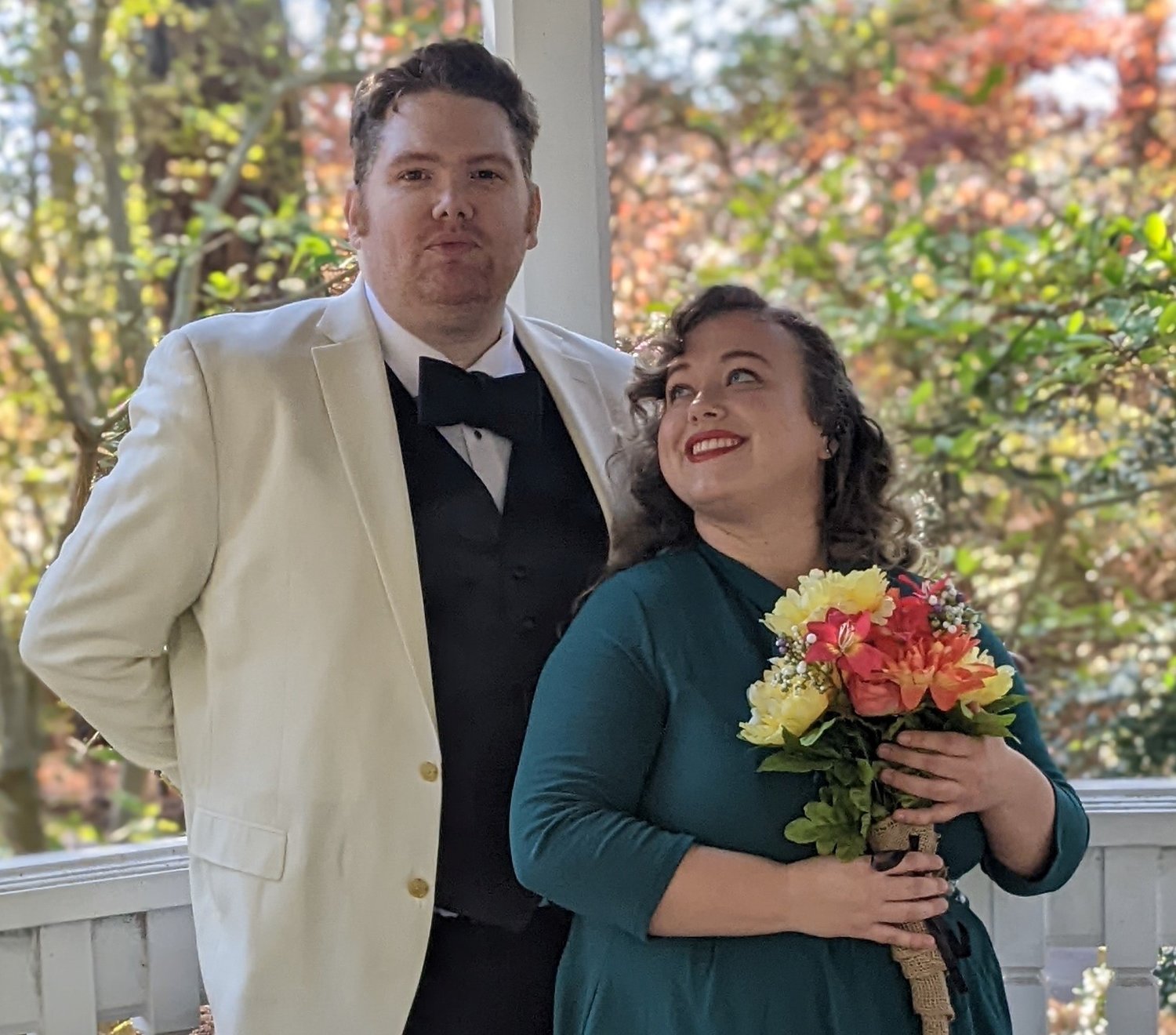 The Gilbert Theater production runs Nov. 25-27, Dec. 2-4 and Dec. 16-18. Discount ticket rates are available for groups of more than 10, seniors, teachers, military members and students. Tickets are available at www.gilbertheater.com or by calling 910-678-7186.

The hills are coming alive as the Gilbert Theater brings a classic musical to the local stage.

Traditionally, Gilbert Theater has produced a Christmas-themed production to close out the year. “The Sound of Music” promises to delight audiences with a large cast and familiar musical numbers.

Previous Christmastime productions for the theater troupe have included “The Carols,” “It’s a Wonderful Life” and “A Christmas Carol.”

When Artistic Director Lawrence Carlisle was thinking of this season, he focused on shows that strike a chord with joyful memories.

“This show reminds me of Christmas,” said Carlisle.

“Even if you haven’t seen the movie, you know the songs,” said Kline.

With songs like “My Favorite Things,” “The Sound of Music,” ‘‘Do-Re-Mi,'' “Climb Ev’ry Mountain,” “Sixteen Going on Seventeen,” and more, patrons are likely to leave the theater singing their favorite.

“If you are feeling blue this holiday season, this will lift your spirits. It is one of the most used musicals for choirs and competitions,” said Kline.

Kline added that with all the familiar songs in the movie, there are others in the stage production some might find surprising.

The musical’s story centers on a governess, Maria, who is summoned to care for the children of the widowed naval officer Capt. Georg Von Trapp. Set in Austria in 1938, just before World War II, the musical follows the family as it finds solace in music while escaping the impending war and Nazi Germany.

“The show is a great example of hope in the 1930s in a darker time when things were more questionable,” said Kline.

Gilbert Theater did not have trouble when it came to casting the show.

“There’s a lot of talent in this area. We have very seasoned talent and then we have some cast members where this is their first show. (Evelyn Dean), who plays Gretl, is a star, and she’s only 5 years old,” said Kline.

Carlisle said turnout for the auditions was large.

“We have some of the best voices and talent for this show,” said Carlisle.

Austin Taylor, who plays Friedrich, is 14 years old and an eighth-grader at Fayetteville Academy. He was encouraged to audition by musical director Donna Jo Mangus, who also is Austin’s music teacher at school.

“She knew me and asked me to audition. This is just a great cast,” said Austin, who will also play guitar onstage.

Morgan Snyder, who plays Liesl, is 15 and in 10th grade at Cross Creek Early College, said she fell in love with “The Sound of Music” two years ago.

“I was in the cast of ‘Othello’ last year and have been in the summer camps here, so when the opportunity came for ‘The Sound of Music,’ I knew I wanted to audition,” said Morgan.

While Carlisle was able to cast local talent, the auditions also drew interest from other parts of the state.

Jean Jamison, who plays Mother Abbess, is from Raleigh.

“This was the first play that I ever saw at the age of 7 in Chicago. It started a love affair for me with musical theater, and I’ve always wanted to be in this production,” said Jamison.

She said the music is the draw for the audience.

“The thing that strikes me about this show is there wasn’t a song that I didn’t leave the theater singing or humming,” said Jamison.

“There is a reason why some musicals endure, why some scores continue to be performed. Honestly, I had forgotten some of the music I loved until we started this,” said Walker.

With a book by Howard Lindsay and Russel Crouse, the show was the last musical written by the legendary Rodgers and Hammerstein team.

The show opened on Broadway in 1959 and won five Tony Awards, including Best Musical.

“If you love the movie and the story of the family, this is where you should be from Thanksgiving on,” said Kline.