Forsby Quick’s success on trumpet, guitar keeping him in tune 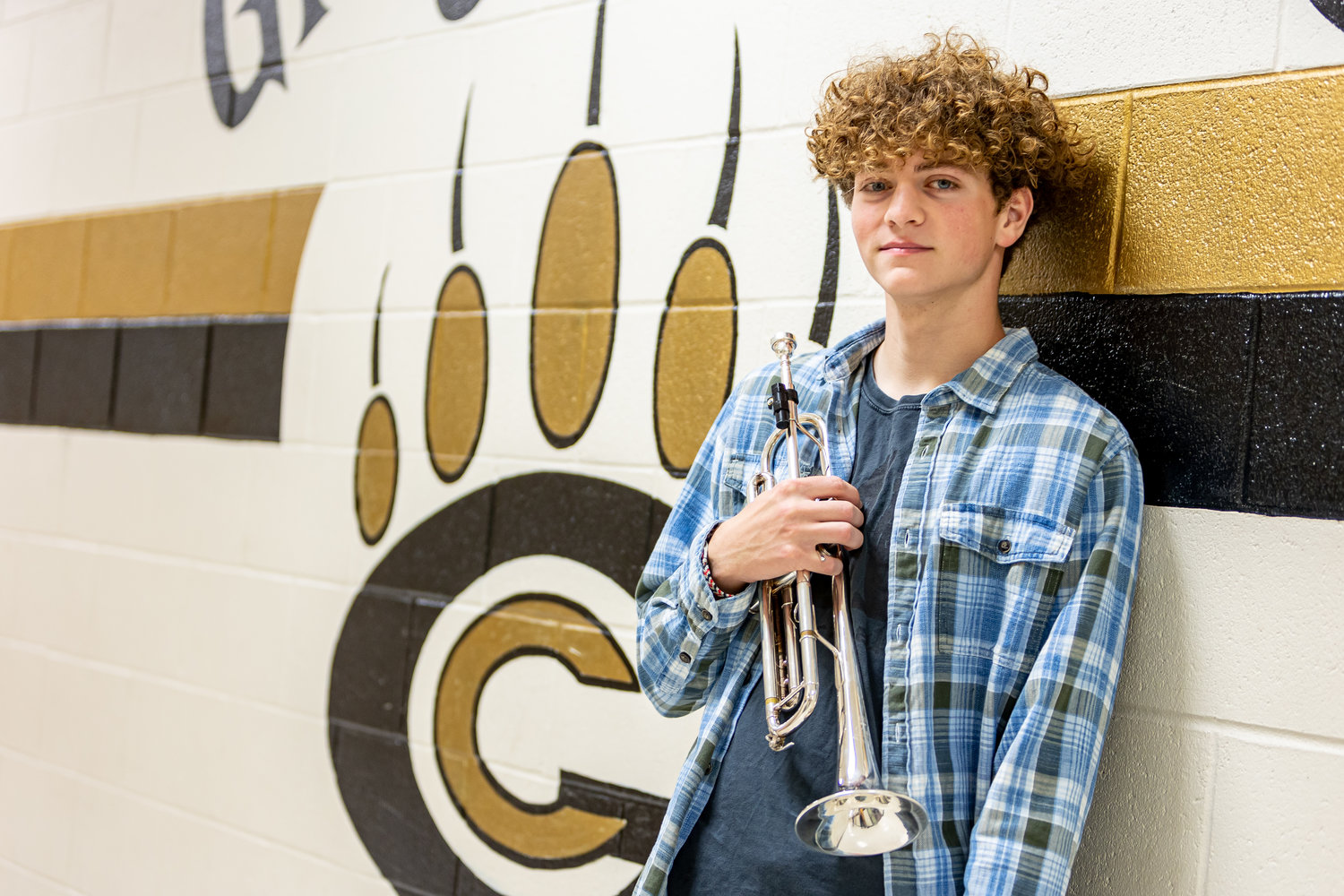 Besides music, Forsby Quick was on the soccer team at Gray's Creek High School.
Photo by Raul F. Rubiera for Cumberland County Schools 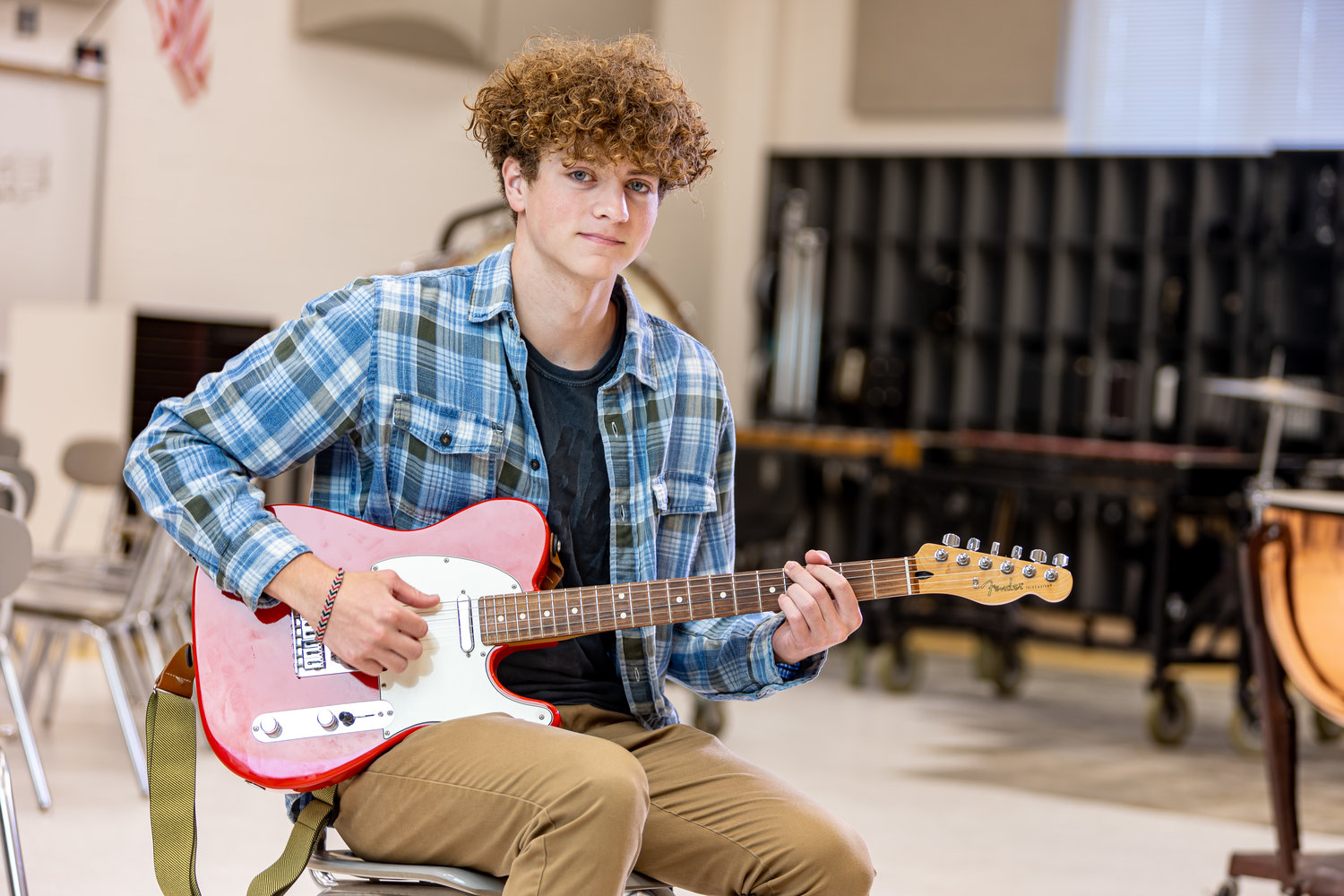 A member of the Gray's Creek High School marching band, Forsby Quick will play for an Iowa-based drum and bugle corps this summer.
Photo by Raul F. Rubiera for Cumberland County Schools 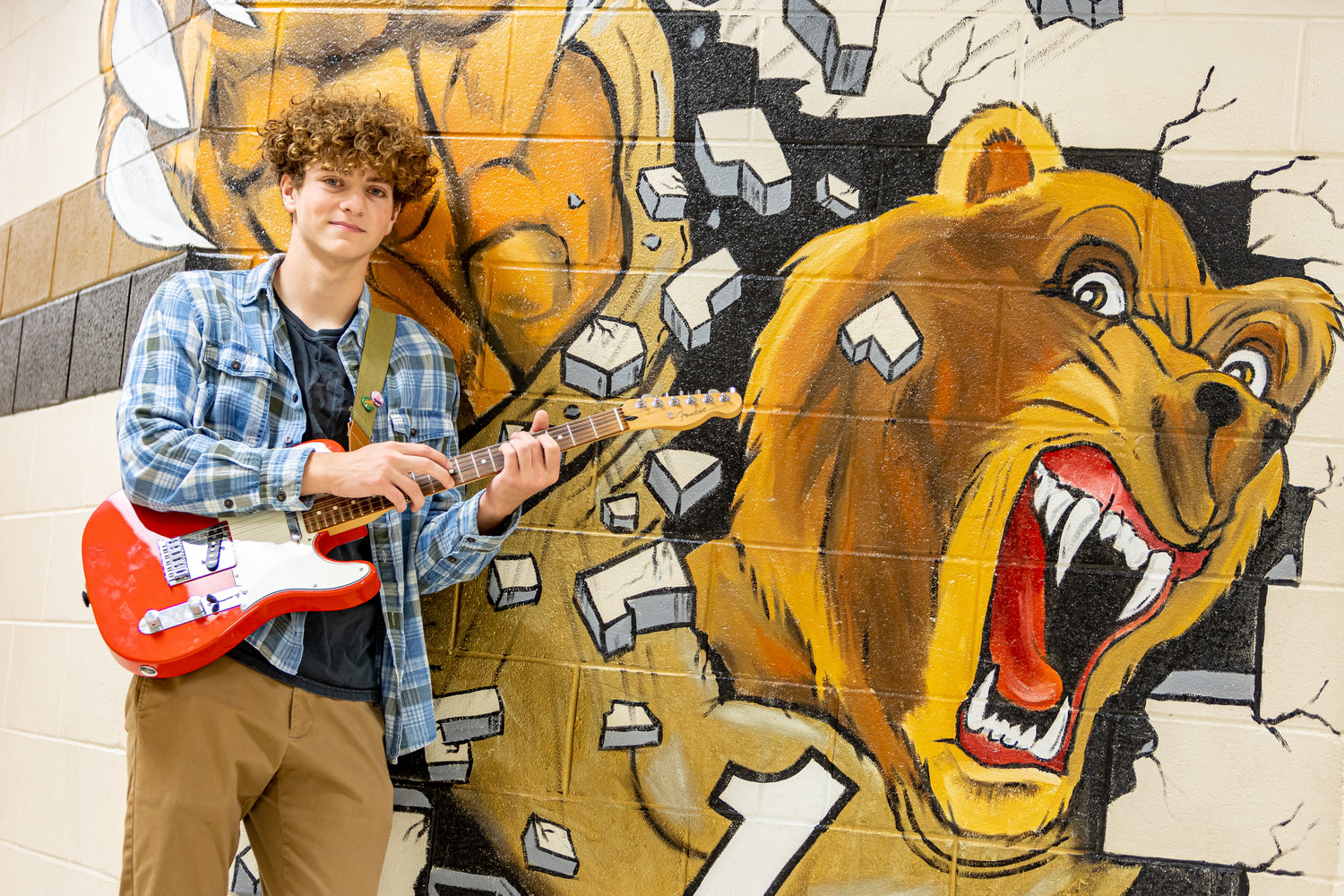 Forsby Quick taught himself to play the guitar and spends a lot of time strengthening his technique.
Photo by Raul F. Rubiera for Cumberland County Schools 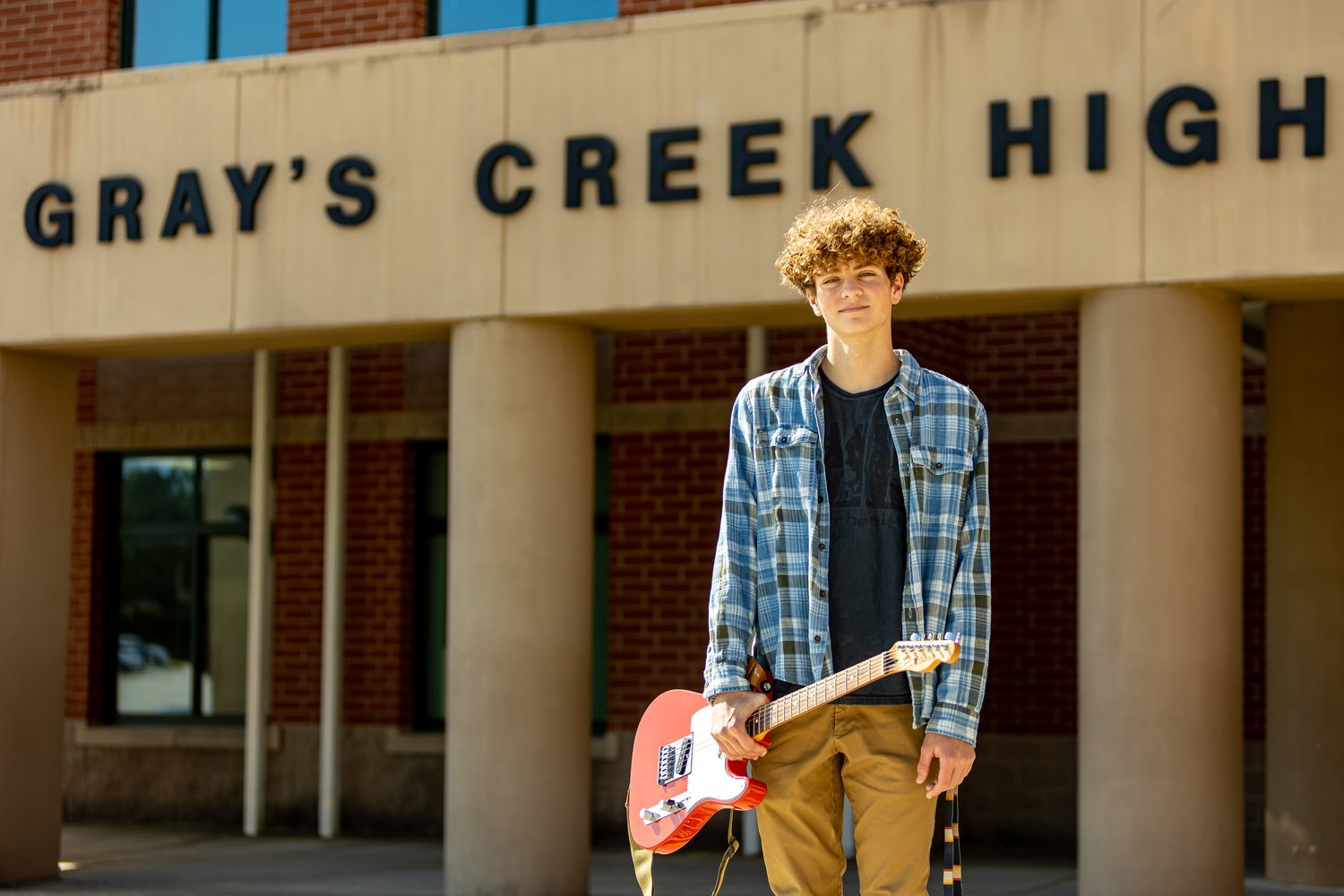 To future students — find the things you enjoy and spend your time doing them. ...”
Forsby Quick
By Cumberland County Schools

Two years of remote and hybrid learning did not stop Gray's Creek High School senior Forsby Quick from developing his love for music. He has always had high expectations for himself — both academically and musically — and is graduating at 17 years old after just three years in high school.

“Forsby's drive to learn all that he can and take advantage of every opportunity is incredible," says Gray’s Creek social worker Vanessa Wade. “Everything he does, he does with kindness, peace and humility. Highly motivated and driven, Forsby is a fine young man who is a leader and well respected by his peers."

Forsby’s love is guitar and the “math rock” genre. He taught himself to play the guitar and spends a lot of time strengthening his technique. He never lets his music and extracurricular activities interfere with academics. He has stayed on top of his schoolwork and maintained good grades as an academically and intellectually gifted student.

Forsby played soccer during his freshman year and joined the Gray’s Creek band during his sophomore year, playing trumpet.

“Marching band was my favorite of any activity I had done,” he says. “Due to COVID-19, I was able to experience only one normal season, but I enjoyed making friends and accomplishing challenging things with them.”

“My band director, Mr. Thomas Stovall, has been the teacher I’ve been able to go to for anything,” he says. “Whether it be questions about life, school, or just to laugh, he taught me what hard work can accomplish.”

In addition to his local and state accomplishments, Forsby’s dedication to music has resulted in some elite opportunities. In February, he traveled to audition for the Colts Drum and Bugle Corps, one of 25 “world class” corps of Drum Corps International. The Colts are based in Dubuque, Iowa.

His audition was successful, and he received a contract to be a performing member of the corps. Forsby is the first student in Stovall's 17-year career a World Class contract.

Forsby’s summer will be spent traveling across the United States, but his trip isn’t going to be glamorous and easy. From sleeping on gym floors after rehearsing for seven to 14 hours daily to eating meals out of a semi-truck mobile kitchen, Forsby will do what it takes to prepare for performances in front of thousands of people in high school, college and professional football stadiums across America.

The tour will end in August with the Drum Corps International World Championships held at Lucas Oil Stadium in Indianapolis.

Forsby hopes that his achievements will inspire students who follow him at Gray’s Creek.

“I would like to be remembered for all of my accomplishments in band, including placing very high in all of my auditions, being all-state eligible, and receiving a drum corps contract,” he says. “To future students — find the things you enjoy and spend your time doing them, and don't be scared of what people think about you.”

Forsby has been accepted into Western Carolina University’s music pro “To future students — find the things you enjoy and spend your time doing them, and don't be scared of what people think about you.” gram. He will participate in the WCU marching band and plans to pursue a degree in music and become a music instructor.

“Cumberland County Schools provided an education system that allowed me to learn and succeed and an environment that taught me life skills like time management and people skills," says Forsby.