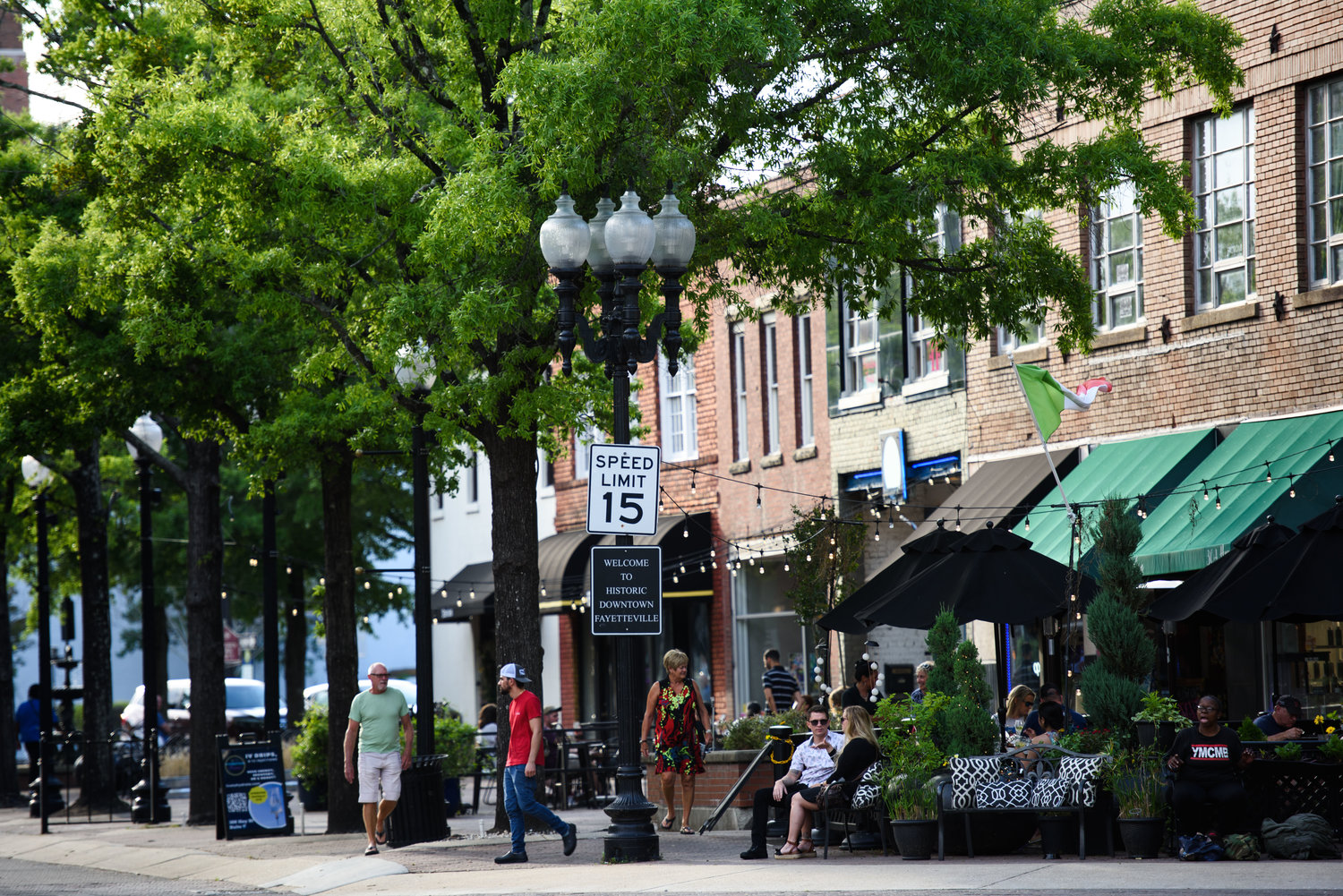 Fayetteville could join other cities that allow people to purchase alcoholic beverages from licensed businesses and then walk around within a designated area known as a social district. The Cool Spring Downtown District is conducting a survey to get community feedback on a proposed social district for the downtown area.
File photo
Posted Saturday, August 20, 2022 1:00 am
By Lorry Williams | Editor

Fayetteville could join other cities that allow people to purchase alcoholic beverages from licensed businesses and then walk around within a designated area, in this case downtown.

The Cool Spring Downtown District is conducting a survey to get community feedback on a proposed “social district.” The district is a defined outdoor area where people can buy beer, wine and cocktails from ABC-licensed businesses, then stroll around within the district.

The survey will be on the Cool Spring Downtown District website through Aug. 26.

Bianca Shoneman, president and CEO of the Cool Spring Downtown District, said the group has been researching the idea for several months.

A law passed last September allows for the creation of social districts in North Carolina.

The organization met in March with a group that included Mayor Mitch Colvin, state Sen. Kirk deViere and others to discuss the pros and cons of such a district for downtown Fayetteville.

Social districts are a way to increase foot traffic and revenue for businesses, Shoneman said.

“It also helps level the playing field with other cities who have them,’’ she said.

The survey is a way to get the word out about what a social district is and gauge support for the proposal.

“We’ll test the temperature of the downtown community and the public at large,’’ Shoneman said.

The downtown organization could then go to the City Council to discuss the idea and get direction from city officials.

The City Council would have to vote to create the social district, which must be a clearly defined area with signage, according to the state law.

The law sets out hours allowed for social districts, but towns and cities can work within those parameters to set hours and days specific to them. In the survey, for example, people are asked if they think a social district should be for singular special events only or for recurring special events such as the Dogwood Festival. The law allows for the districts to operate seven days a week.

Colvin said Friday he has talked with people in other cities who have the districts and they have worked well so far. But he said he has questions about how some aspects of a social district would work, specifically how parts of it would be regulated and enforced.

Alcoholic beverages, for example, must be purchased from ABC-licensed businesses located within or contiguous to the social district. People can’t bring their own alcoholic beverages into the district for consumption.

The Cool Spring Downtown District survey includes a link to a map of the proposed district. It takes in most of downtown. Its boundaries run along Winslow Street, part of Ray Avenue, Old Street, Bow Street, Otis Jones Parkway, Donaldson Street, Franklin Street and parts of West Russell Street.

Businesses within the district may choose not to participate.

Colvin said he thinks a social district could work for Fayetteville.

“We just need to do it in a responsible way,’’ he said.