Food and hospitality nurture our bodies and souls 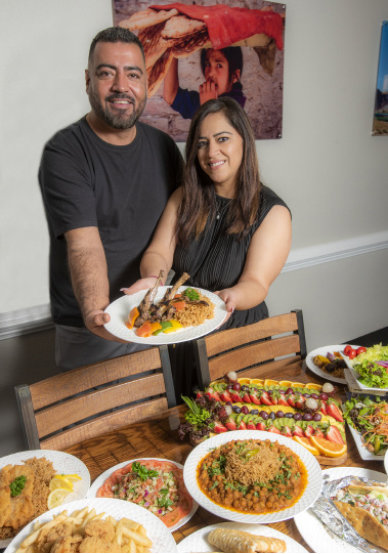 Leo Dur and Homa Mohammad envisioned a restaurant where the service members and contractors who enjoyed the Kabob House food in Kandahar could come and bring their families.
Photography by Cindy Burnham 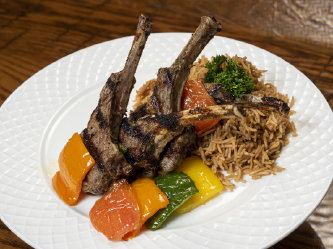 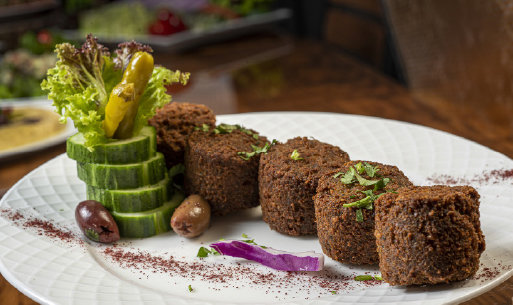 The falafel plate, above, is a vegetarian favorite.
Photography by Cindy Burnham 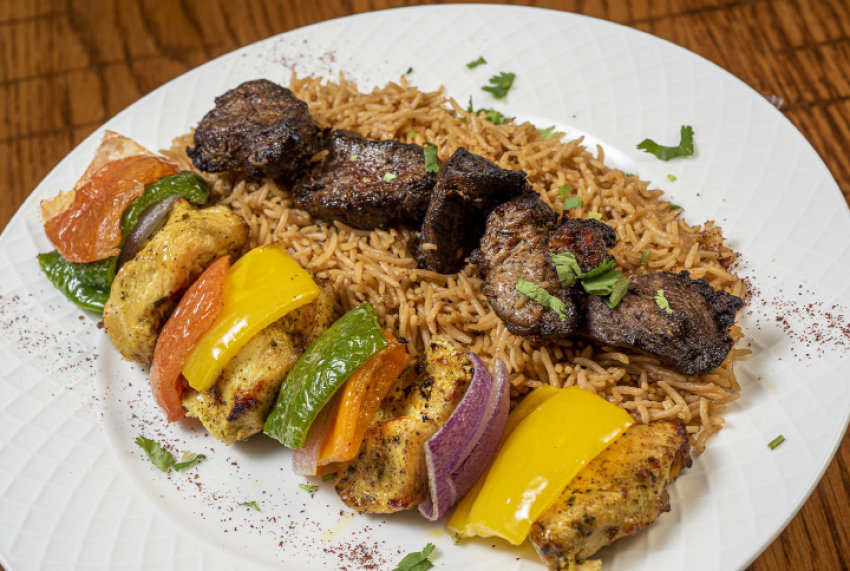 Editor's note: This story was originally published in the November 2021 CityView magazine.

Kindness. It’s a concept that we see – we feel – time and again at Afghan Kabob. Co-owner Helal “Leo” Dur steps away from the kitchen to help Intissar Larouz on her first day working the counter where customer orders are taken and rung up.

Intissar is a recent refugee from Morocco and speaks English well. She is happy with Leo’s mentorship and patience. “He’s too kind, like a big brother to us,” she says.

April Godfrey, the head cashier with a smile as big as the day is long, checks to see if we need anything else – as we relax on sturdy furnishings handcrafted by a veteran in this military-friendly business (with more on that later in this story).

What else could we possibly want? We are savoring every bite of a perfectly juicy, marinated and grilled chicken kabob served over a bed of flavorful long-grain rice from Afghanistan. The authentic dish is enhanced with caramelized raisins and slivers of carrots. Add in a side of chickpeas and potatoes in an addictive tomato-based sauce that strikes the tongue as sweet followed by slightly spicy, and a salad rich in chopped tomatoes, cucumbers, onions and herbs. All this goodness is $12.

Topping it off – after we rave about the chickpea sauce – “Chef Sam” assembles containers of magic spice mix for us to take home.

None of the this would surprise Army Staff Sgt. Nicholas Gavin, who first met Leo in 2009 during one of the serviceman’s five deployments to Afghanistan. Born in Afghanistan, Leo was a U.S. government contractor linguist (aka, interpreter) who knew his heart was in opening a restaurant. So, that’s exactly what he did. In the middle of the desert in Kandahar Airfield. It was called the Kabob House.

Finding a gyro with “that special white sauce” and french fries was a real treat, recalls Gavin.

“He enjoys cooking so much, and the hard work shows in his food,” Gavin says of Leo.

“The lamb chops are the best thing,” says an enthusiastic Gavin about the Fayetteville restaurant, noting that the chops weren’t available in Kandahar. “The rice is exactly the same rice we ate in Afghanistan.”

Other current crowd favorites include the super-garlicky hummus, naan bread, the kofta kabob plate (a mix of ground beef and lamb), the fried fish plate, and a salad with falafel, a blend of chickpeas, parsley and herbs lightly fried and presented atop a bed of lettuce with assorted vegetables.

The recipes have all been tried and tested to attain perfection. As the story goes, in Kandahar, Leo met his future wife, Homa Mohammad, also a linguist, who was his toughest critic when she ate at the Kabob House. They both laugh about it now. But her comments only motivated Leo to make sure to wow his customers with the food and hospitality.

The couple, who had relocated to Fayetteville, envisioned a restaurant where the service members and contractors who enjoyed the Kabob House food in Kandahar could come and bring their families. And that’s what happened after they opened the Raeford Road eatery in mid-December of last year.

Leo was recently touched to see a soldier take his young daughter from one large photo to the next which hang on the walls, explaining he had been in those places, too.

Leo and Homa are both involved in interpreting and helping find housing for Afghan refugees who recently fled their country for the U.S. They also have hired at least one young man from Afghanistan to work in the restaurant.

“There are so many amazing people in America,” says Leo.

And amazing food, served up with kindness, at Afghan Kabob.

Afghan Kabob, at 3401-A Raeford Road in Fayetteville, is open Monday through Thursday from 11 a.m. to 8 p.m., Friday and Saturday until 9 p.m. Closed on Sunday. Lunch and dinner items, including salads, gyros and special plates, mostly range from $7 to $14.50 – not including soft drinks, iced or chai tea, and desserts such as baklava. The lamb chops plate or salad, both popular sellers, are $19 and $18, respectively.