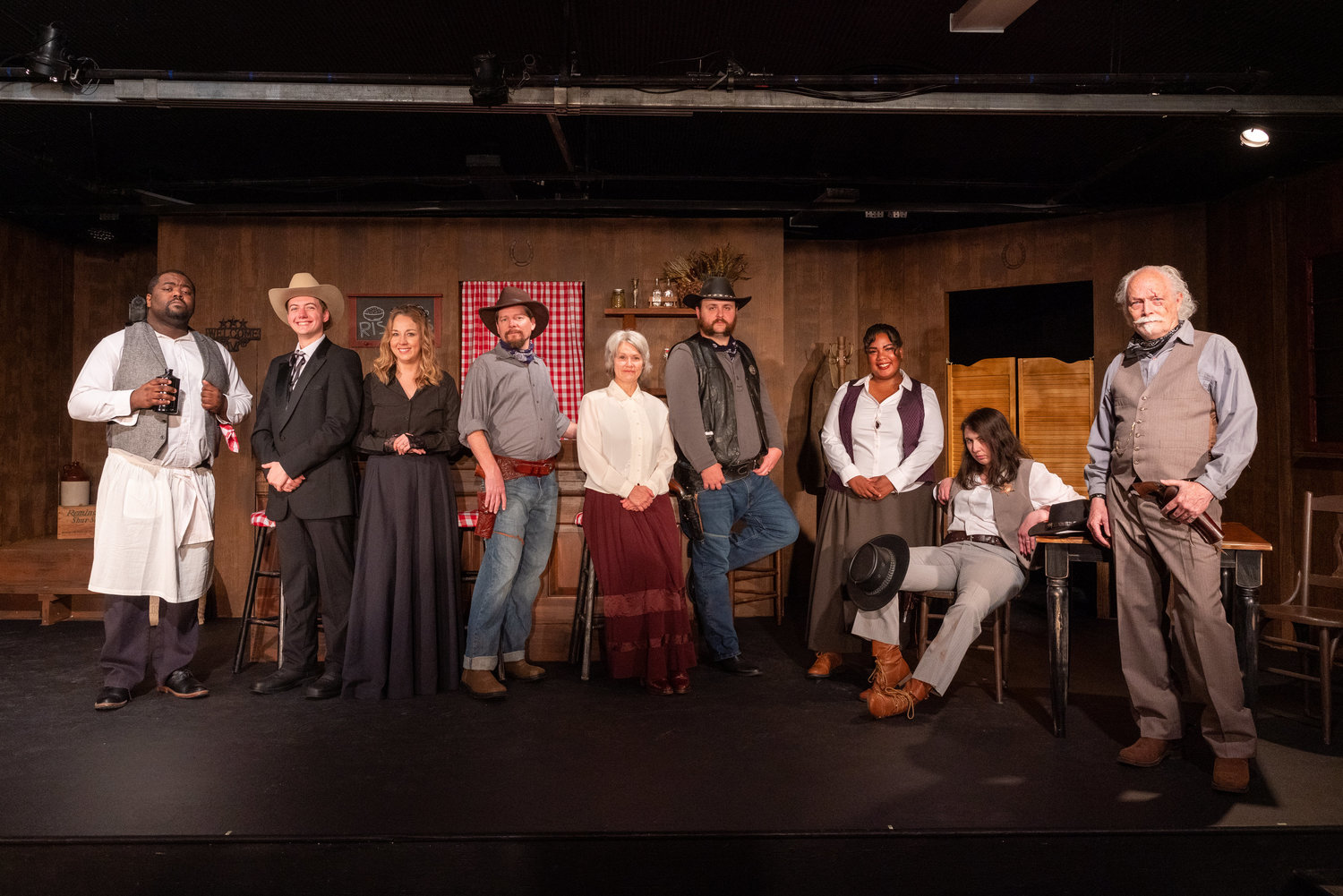 'The Man Who Shot Liberty Valance,' the season opener for Gilbert Theater, brings the wild American frontier to the stage through Oct. 2.
Contributed photo by Jonathan D.D. Hornby 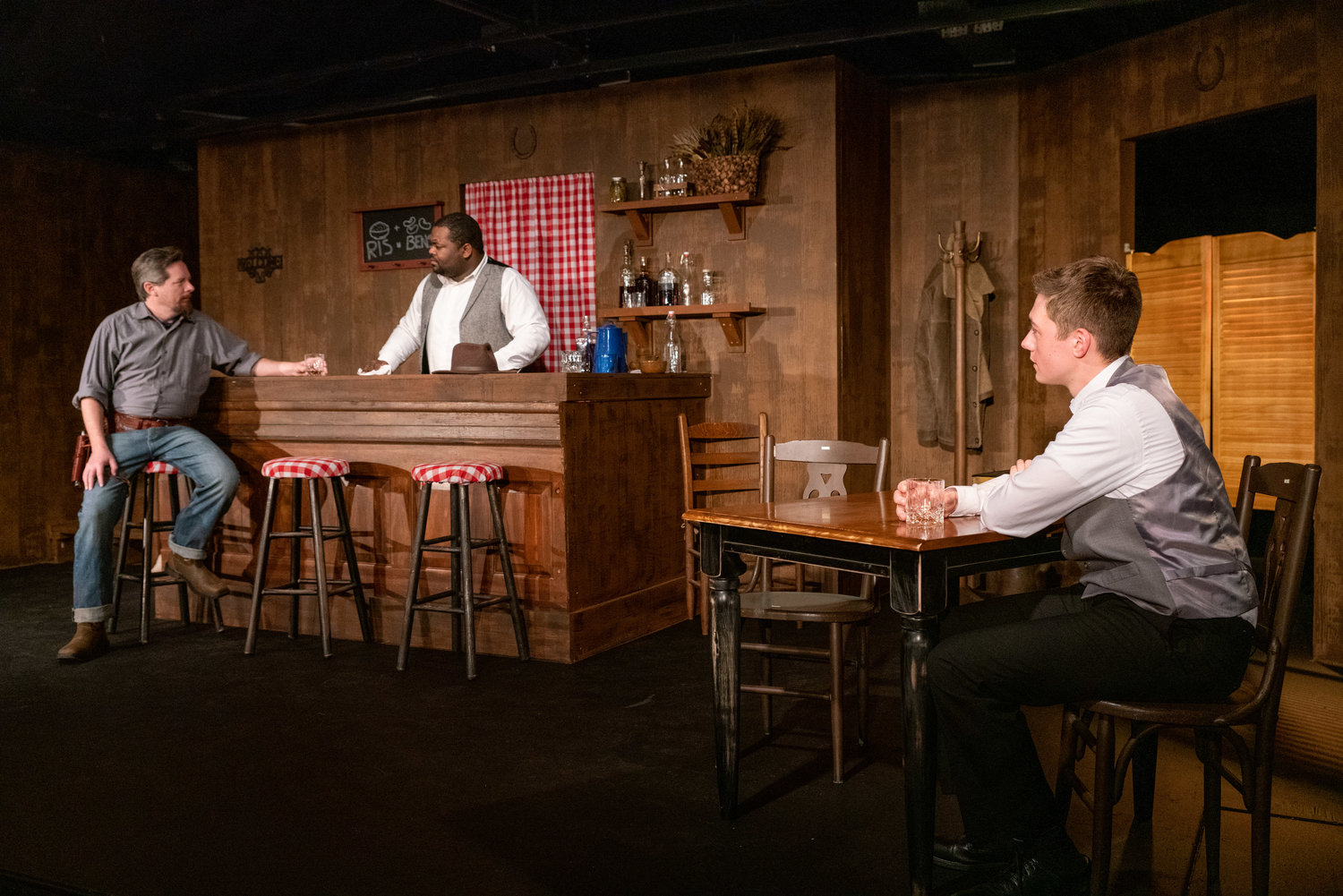 “The Man Who Shot Liberty Valance,’’ the season opener for Gilbert Theater, brings the wild American frontier to the stage through Oct. 2.

First-time director Chris Walker has merged a talented group of local actors with themes of history, culture and politics as outlaws rule and crime rages in the Wild West.

Some might recognize the play’s title from the movie of the same name that was released in 1962 and starred John Wayne and James Stewart. Both are based on a 1953 short story by Dorothy Johnson, and the stories are similar in plot.

“I can’t think of a time where I’ve seen a western onstage. Audiences will not be able to see anything like it anywhere,” Lawrence Carlisle III, artistic director for the Gilbert Theater, said in August.

In the opening scene, Sen. Ransome Foster, played by Dan Adams, is attending a funeral in a town he has not set foot in for decades. While being interviewed by a local newspaper reporter, Foster is triggered into remembering his introduction to the town of Two Trees and how outlaw Liberty Valance played a part in his past.

As the flashback unfolds, we meet a young Foster, a scholarly stranger who has been viciously attacked, left for dead and brought to the Prairie Belle bar by Bert Barricune (played by Michael Ormiston), an older cowboy with a tender heart for Hallie Jackson (Claudia Warga-Dean), the feisty bar owner.

Jackson and her Black co-worker Jim (Quentin King), known as “The Reverend,” nurse Foster back to health. As the two question Foster about the many books in his bag, Foster discovers that Jim has an extraordinary knack for remembering the spoken word. He asks if he can teach them to read.

Valance and his gang learn about the reading lessons for Jim and Jackson and, with the threat of civilization and education coming to the frontier, set out to stop the progress out of underlying fear that their world is changing.

Veteran actor James Dean, who has performed in 36 productions at the Gilbert Theater since 1999, plays Liberty Valance and provides a stand-out performance. He plays his character as a man who likes everything as it is and does not want it to change. He’s an intelligent villain who may not have the educational background of Foster, but who has seasoned knowledge of this part of the world in the late 1890s. The dynamic is fun to watch.

At intermission, patrons can go onstage and order drinks at the Prairie Belle bar. The bar menu includes John Wayne root beer in a bottle for nonalcoholic choices along with beer and wine options. Other concessions are available in the lobby for donations.

The Gilbert Theater is at 116 Green St. in downtown Fayetteville. Tickets are available at gilberttheater.com or by calling the box office at 910-678-7186.