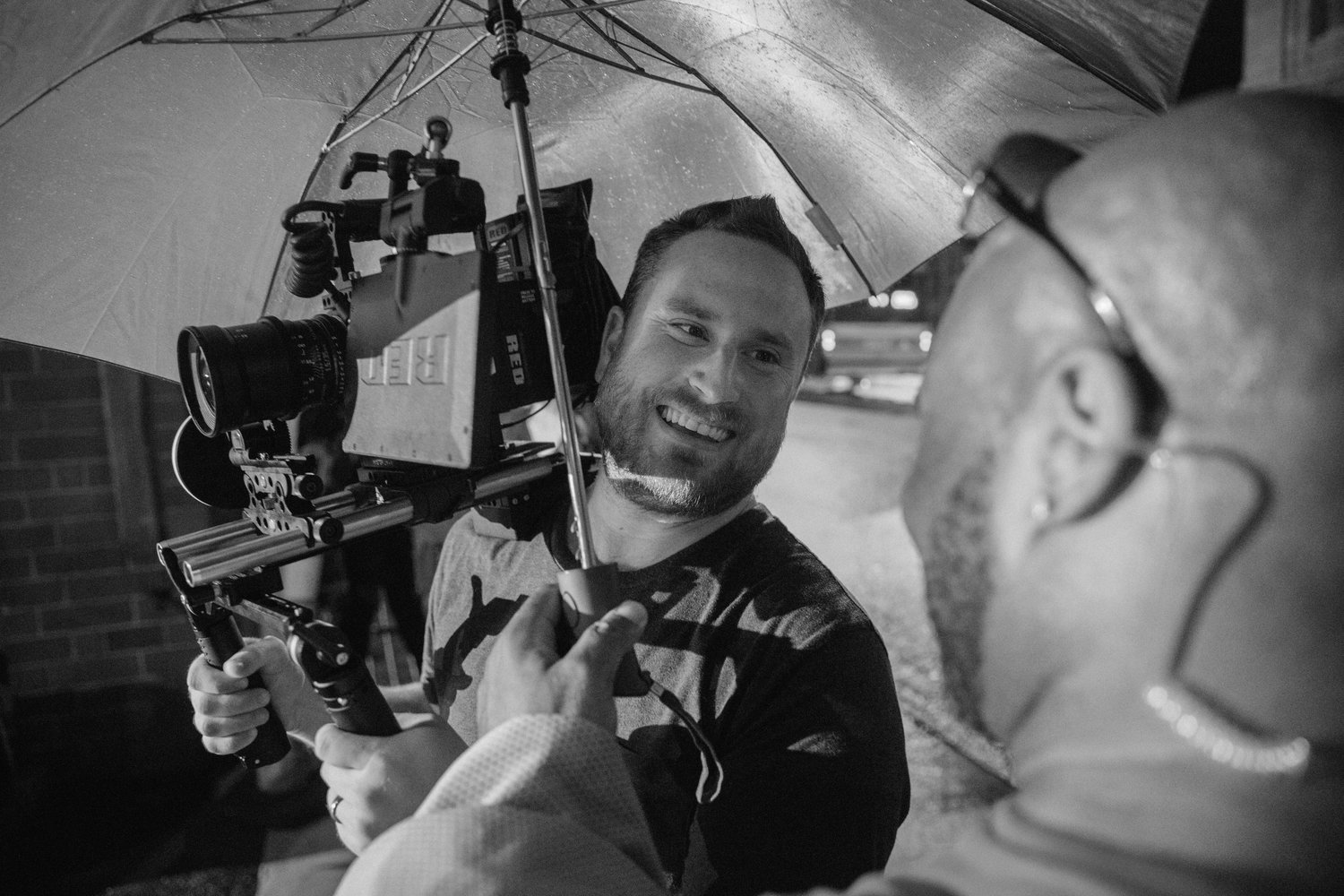 Jeremiah McLamb’s ‘The Crux’ is among a block of four films with local connections to be shown at the Indigo Moon Film Fest. McLamb grew up in Fayetteville and attended Northwood Temple church and the academy.
JerFilm Productions photo 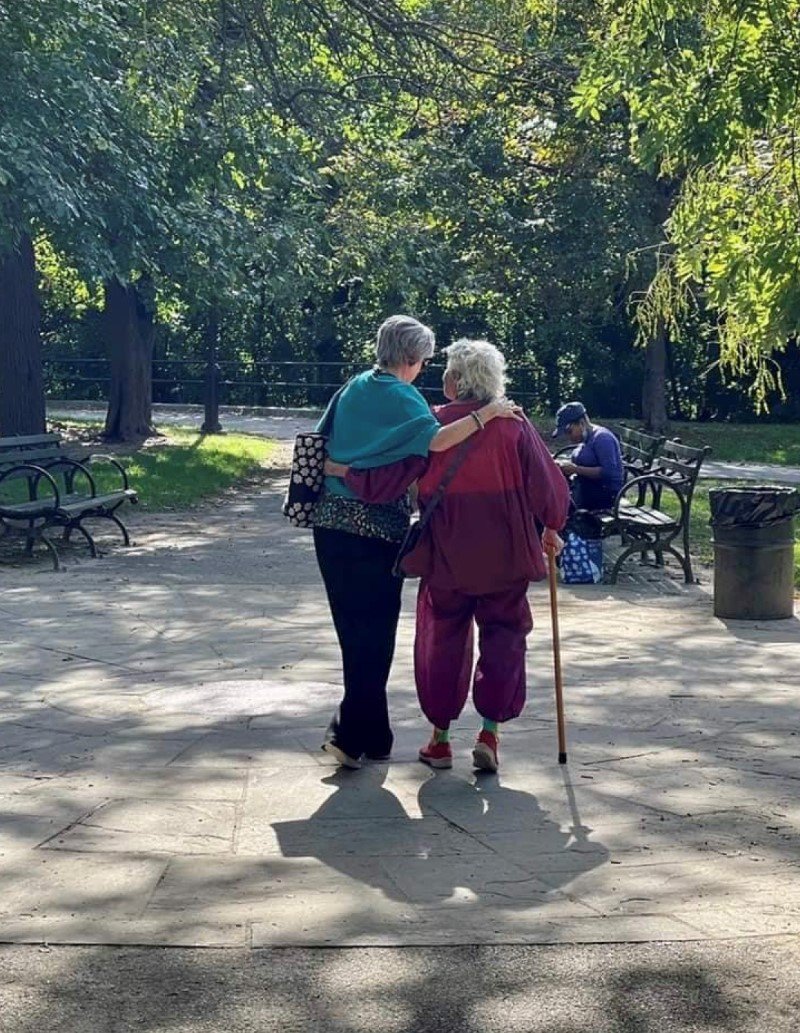 Brian Adam Kline’s ‘What If I Were You’ is part of the Indigo Moon Film Fest 'local block.' Kline teaches theater and film at Capitol Encore Academy and is a veteran of Gilbert Theater. 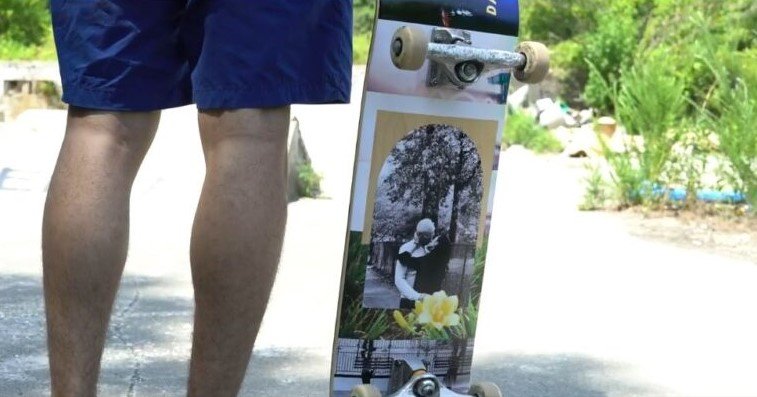 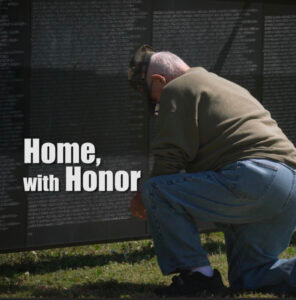 Chuck Fishbein’s ‘Home, With Honor’ recognizes veterans of the war in Vietnam. It tells the story of how the North Carolina town of Garner sought to honor Vietnam-era veterans who initially were treated with disdain when they returned home. Fishbein is from Apex.
Indigo Moon Film Fest photo 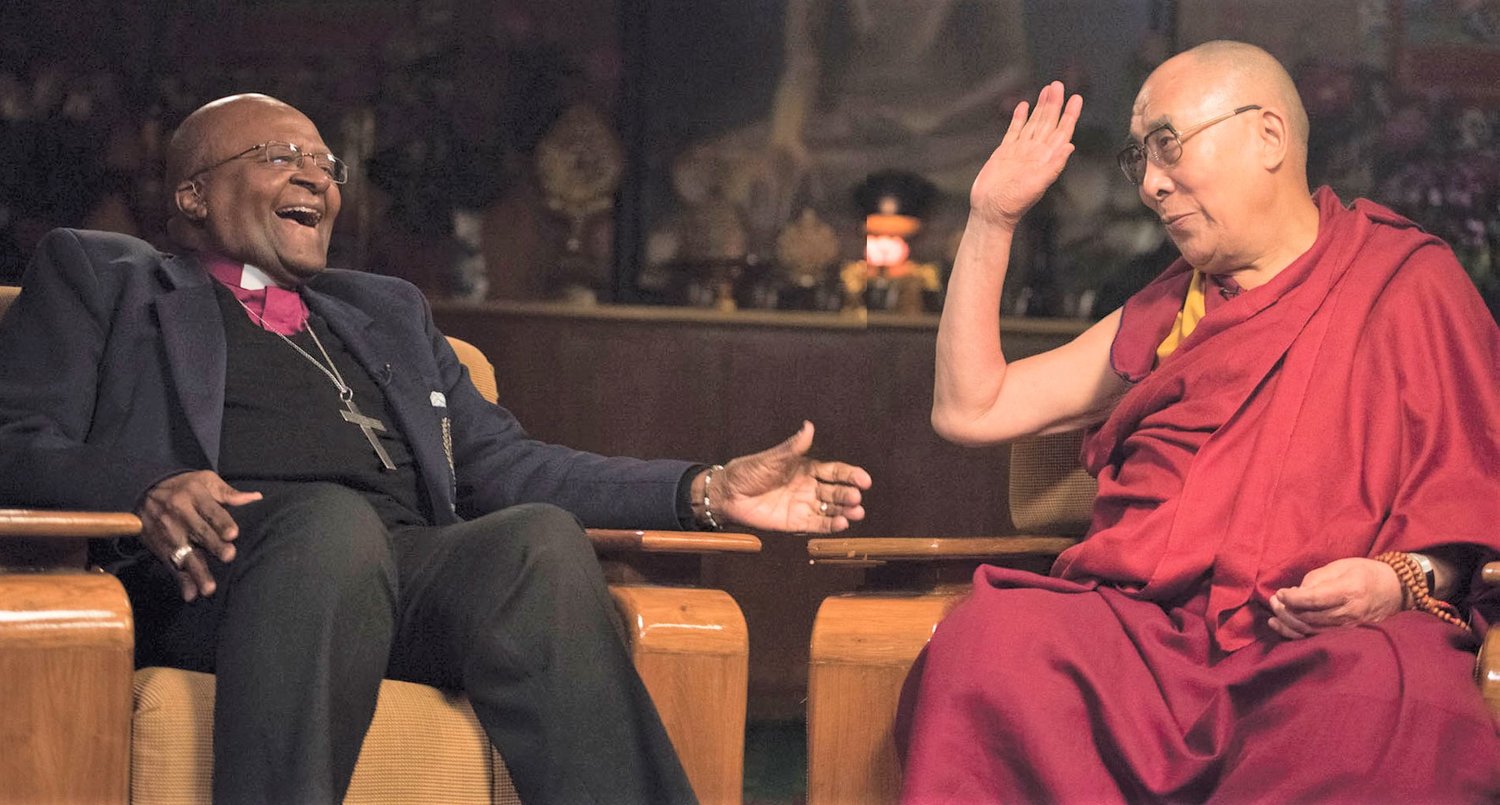 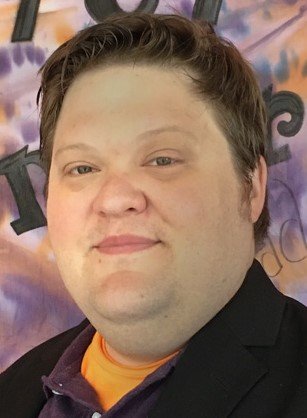 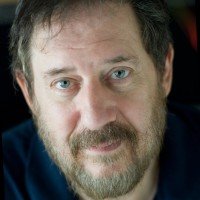 'Mission: Joy - Finding Happiness in Troubled Times,' a documentary about the friendship between the Dalai Lama and Archbishop Demond Tutu, will open the Indigo Moon Film Fest at 7:30 p.m. Friday at the Cameo Art House Theatre in downtown Fayetteville. Tickets include a reception at SkyView on Hay, 121 Hay St. The film will be shown again at 1 p.m. Sunday. For the movie schedule and ticket information, go to https://www.indigomoonfilmfest.com/.

Fervent film fans who seek out thoughtful movies that may not appeal to mainstream audiences have a chance to get out this weekend and head to downtown Fayetteville for the seventh annual Indigo Moon Film Fest, which is presenting more than 55 films in three locations.

Four of those movies have local or North Carolina ties.

“Folks are interested in that,” said Pat Wright, co-founder of the festival with Jan Johnson. “That’s the sort of thing we strive to do with our festival. We want to bring the art of film up in this community. We have a film community, but it’s kind of disjointed. We just want to give folks an opportunity to screen their works of art in front of local audiences and get some of the kudos that they’re due.”

The movies with hometown and state ties include Brian Adam Kline’s “What If I Were You,” Jeremiah McLamb’s “The Crux,” James Throssel’s “Friends of the Skatepark” and Chuck Fishbein’s “Home, With Honor.”

This year will mark Indigo Moon’s return to live audiences after a two-year run as a virtual festival because of COVID restrictions. Screenings are scheduled Friday through Sunday.

“We have never stopped,” Wright said. “But we did go virtual the last two years.”

Movies will be screened at the Cameo Art House Theatre both downstairs and in the upstairs Cameo Loge, both at 225 Hay St. Others will be shown at the Arts Council of Fayetteville/Cumberland County, 301 Hay St.

Those locations are within walking distance of each other.

The Cameo building was home to one of the city’s first motion picture theaters, the New Dixie.

“We’ve had more venues in the past,” Wright said. “We’re trying to get back in the swing of things. People are trying to figure out going out again. We wanted to start small and mighty.”

The main theater at the Cameo can seat about 125 patrons. The upstairs Loge can accommodate about 40. The Arts Council has seating for roughly 100, according to Wright.

She said the festival’s opening night feature is getting a lot of attention. The documentary “Mission Joy: Finding Happiness in Troubled Times,” to be shown at the Cameo, is a cinematic exploration of the friendship between Archbishop Desmond Tutu and the Dalai Lama.

“It’s just a feel-good film,” Wright said. “We’re honored to be able to screen it. It’s making its way through the film festival circuit. We felt like people need to be happier these days. There’s so much bad news on every front. It’s just a really feel-good film that, when people leave the theater, they’re just going to be feeling better.”

Winning films in the Indigo Moon Film Fest will receive trophies, she said. Awards will be presented to juried and audience selections in the areas of narrative feature, narrative short, documentary feature-length, documentary short, animation, student film, first-time filmmakers and films that have a North Carolina connection.

The “local block” of films will be shown beginning at 11:45 a.m. Saturday at the Arts Council.

Here are capsules of the movies with Fayetteville and North Carolina ties:

The 39-year-old McLamb considers himself a Fayetteville native who has lived in the area since he was 3. He grew up on the north side of the city at Northwood Temple, attending the church and the academy.

“That’s kind of where I got to what I do today,” McLamb said of the filmmaking business. “I wrote and directed the spring productions at the school. One of the teachers there, John Wright, put a camera in my hands and said, ‘Can you incorporate this?’ That was the quick launch into my career.”

People started asking him if he could film weddings, and that led to the start of a business, JerFilm Productions. He said what really intrigued him early on was watching the Buck Hodge-produced Christmas and Easter productions at his church. It helped him become a storyteller, he said.

“He’s been a mentor in my life as well as John Wright,” McLamb said of Hodge. “Those two were really the strong force in pushing my life to what I do today — storytelling through film production.”

Since starting the business in 2006, McLamb said, “I’ve been all over the world producing documentaries — award-winning documentaries. We’re a multi-Emmy Award-winning company, and we just finished producing a TV show pilot for PBS called ‘10 to Try,’ with the initial episode featuring recommendations of 10 state parks to visit.”

According to McLamb, his company does commercial work locally, statewide and nationally while producing video work for PBS, Our State magazine, and local and area colleges.

A large majority of his work is faith-related.

“My family is a large motivation,” he said.

The half-hour-long “The Crux” was made for the Fayetteville Police Department to educate youths about guns and gun violence.

“It is a tool that they are using in the local schools,” he said. “So, the Police Department will have an officer go in with the film, and they will have a day or two class session where they go through the curriculum. The film’s purpose was to generate a lot of questions for the students as they’re watching. So, we left a lot of open-ended storylines and presented a lot of questions in the film so that the Police Department can use that to really start some conversation.”

James Throssel’s ‘Friends of the Skatepark’

Throssel, 26, was born in Iowa but has called Fayetteville home since he was about a year old. He attended high school here before going to film school at the School of Visual Arts in New York.

“I grew up basically with a camera in my hand, basically since I was about 12 years old," he said. "I grew up making short films constantly. I was really drawn to it because I grew up skateboarding. And so, as a younger kid we always had someone around filming skateboarding — just doing stupid stuff, being kids.”

Once the pandemic hit, he returned to Fayetteville. That’s when he got a job managing the Cameo Art House Theatre.

As a fledgling filmmaker, Throssel said, he’s drawn to documentaries because there are so many good stories to be told. The editing aspect of filmmaking is particularly appealing to him.

The 25-minute “Friends of the Skatepark” is a documentary filmed in Fayetteville.

“It’s actually a film I made my last year of college, interviewing local skatepark owner Terry Grimble and revolving around the history of skateboarding in Fayetteville,” he said. “I just grew up skateboarding, and that’s the scene I grew up in. It shaped so much of me. I always felt indebted to that.”

Grimble is the owner of Daville Skate Park on McPherson Church Road.

Throssel also edited the Brian Kline film “If I Were You,” which also is playing for Indigo Moon.

“I’ve always felt drawn to arts in general,” he said. “It’s always what has come natural to me. Anything that has to do with a camera, I want to be drawn to it. I think it’s one of the purest forms of art out there. Ultimately, I guess, it’s one of the best ways to express myself.”

Apex resident Fishbein said the purpose of his film “Home, With Honor” is to recognize the military personnel who served in Vietnam in the 1970s.

“Home, With Honor” tells the story of how the North Carolina town of Garner sought to honor Vietnam-era veterans who initially were treated with disdain when they returned from serving their nation.

“Garner is a very patriotic town,” Fishbein said. “It was all about healing. But the town of Garner, just about everybody came out and gave them appropriate support 50 years later. There were 200 or so veterans, and we honored them. The whole town honored them. A lot of people got a lot of healing from that.”

“The love of these people has carried this pain for 50 years,” Fishbein said. “Some of them came home and didn’t receive the medical care they needed.”

The idea for the half-hour film, he said, came from a play.

“It was all about healing,” Fishbein said. “But the town of Garner — just about everybody — came out and showered them with honors."

Fishbein, who is 70, said he has been a filmmaker for a long time. He has made about 10 films, each of them appearing on PBS.

Brian Adam Kline’s ‘What If I Were You’

Anyone familiar with the local arts community will probably recognize Kline, a man about town when it comes to creative endeavors.

Originally from Moorefield, West Virginia, the 36-year-old Kline attended West Virginia University and studied acting. He later spent time in Los Angeles before relocating to Fayetteville, where his brother worked for a poultry company in Raeford.

“I ended up being the projectionist at the Cameo,” Kline said. “I learned very young being a productionist. I ended up here and got into the local acting scene. I live and work downtown.”

Currently, he heads the arts program at the downtown arts-focused Capitol Encore Academy public charter school. He teaches theater and film classes to students in seventh through 10th grades.

Next year, the school will add 11th and 12th grades, as well.

He regards himself as a theater artist, filmmaker and educator.

Art itself, he said, motivates him.

At 6 years old, he said, he visited a movie studio “and really started getting the bug early.” He and his sister started making movies together.

He said he has made about five short films since his college days. Altogether, he estimated that he has directed about 10 films.

“What If I Were You,” his entry in the Indigo Moon Film Festival, is the story of two actresses who have lived in New York City and known each other for six decades.

“It goes over three sections of their lives," he said. “So, you see when they first meet each other when very young, then you see them at middle age and then as octogenarians. It’s a film about friendship, and it’s very funny. It’s got a lot of heart to it.”

The story was written by Robyne Parrish, former artistic director for Gilbert Theatre.

“In general, I just like to tell stories,” Kline said. “I have this thing about filmmaking. The disrespect for filmmaking, that it’s an old art — it’s forever as possible as we can get. Theater is the oldest art form as form. Film gives you the propensity to show your work for generations to come.”