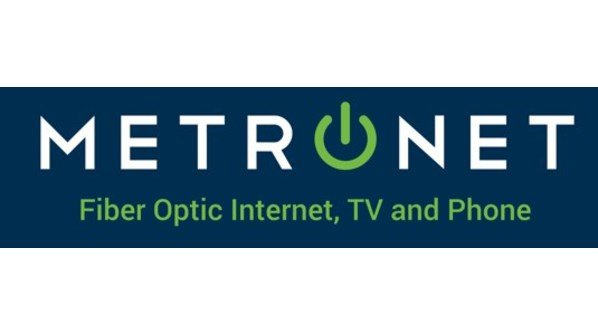 Mayor Mitch Colvin has dubbed Fayetteville as the next “Gigabit City.”

That’s because on Tuesday, the Evansville, Indiana-based MetroNet officially launched gigabit internet service in parts of Fayetteville and Cumberland County.

To spread the word, a news conference was held at the CORE Innovation Center adjacent to the offices of the Fayetteville Cumberland County Economic Development Corp. on Hay Street. At the conclusion of the media event, the celebratory “lighting” of the Cumberland County network took place at the innovation center.

MetroNet is the nation’s largest independently-owned 100% fiber-optic provider, according to a news release issued jointly by MetroNet, the economic development corporation, the city and Cumberland County. The company provides what is billed as cutting-edge fiber optic telecommunication services, including high-speed fiber internet, full-featured fiber phone and fiber television.

The company previously announced that it is investing $70 million in fiber-optic internet, TV and phone lines in Cumberland County. Officials say the new provider will help attract businesses and jobs while helping retain entrepreneurs already established in the area.

The work on the network got underway a year ago.

When the project is finished in roughly a year, it is expected to give the county a competitive advantage in attracting new businesses and jobs and much improved virtual-learning access and capabilities. The fiber-optic lines are expected to be faster and possibly less expensive than the technologies currently available in the area.

Why did the company want to establish a network in Fayetteville and Cumberland County?

“Look, in large part because of the warm embrace that we got from the community,” Dave Heimbach, president and chief operating officer for MetroNet, said following the news conference. “First of all, it’s a growing community. And all the other attributes that we look at from a demographic and density perspective. Those are all mile markers. That really matters a lot less than the reception that we got from the community and the partnerships out there. That really made us come, first of all, in the state of North Carolina.”

The announcement of MetroNet's plans for this area first came out in January 2021 and construction began in March of last year.

Hope Mills was the first municipality in Cumberland County to enter into an agreement with MetroNet, Colvin said.

In January 2021, the mayor said, PWC approved an agreement and expenditures required to allow the project to move forward.

“While a few portions of the network are already up and running,” Colvin said, “however, this is the first official connection. Additional sections will be coming online as the construction continues.”

The company intends that all planned areas of service will receive access within two years. Those customers who live in the initial construction areas are now eligible for MetroNet services, according to the joint release.

When complete, MetroNet's network will cover much of Cumberland, including Fayetteville, Hope Mills, Linden, Wade, Stedman, Godwin, Eastover, Falcon and Spring Lake. Eventually, this build-out also will provide services to portions of Hoke County, such as the communities of Rockfish and Raeford.

“We do expect to expand here over time,” Heimbach said. “And there’s more and more grant money becoming available both from the federal and state level that can help us get to the lower-density areas that are much more costly to serve.”

Colvin said it was exciting for Fayetteville and Cumberland County to become one of the first gigabyte communities in the area.

“And we know that 2020 certainly exposed the importance of connectivity in our communities from our children in our schools to our work, as we learned to work from our home in this new environment that COVID has created,’’ he said.

Colvin said the project was “the epitome of a collaborative effort” between various levels of government and between the city’s partner at Fayetteville PWC.

“I think today that, as we sit in this room, I always tell everybody that Cumberland County and Fayetteville is the gateway to southeastern North Carolina. And we ought to grab that and know that,” said Glenn Adams, chairman of the Cumberland County Board of Commissioners.