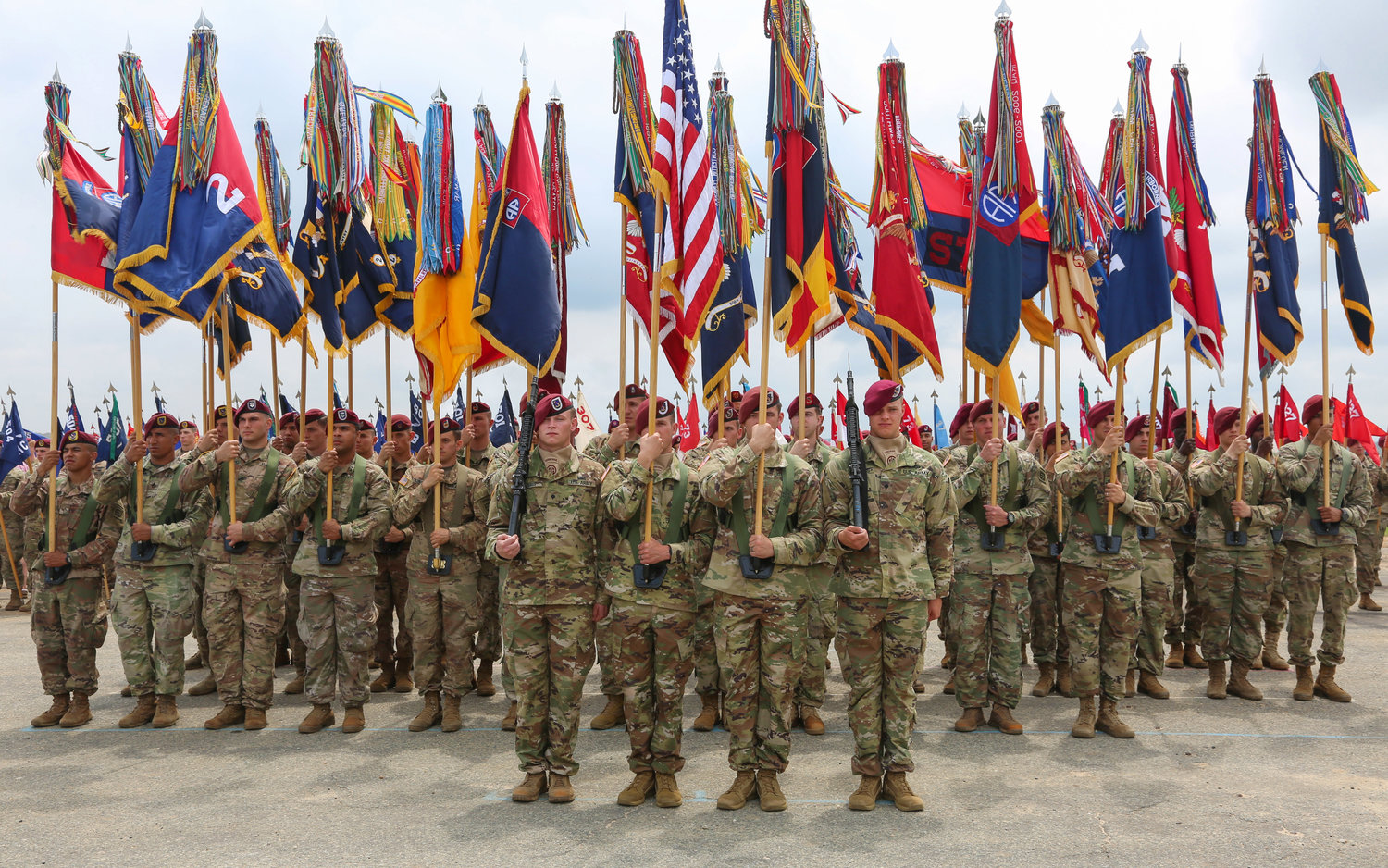 Paratroopers throughout the 82nd Airborne Divison participate in the Airborne Review during All American week in May 2018 at Fort Bragg. Paratroopers past and present converged on Fort Bragg to celebrate being members of the All American Division and America’s Guard of Honor. (U.S. Army photo by Spc. Jada Owens) 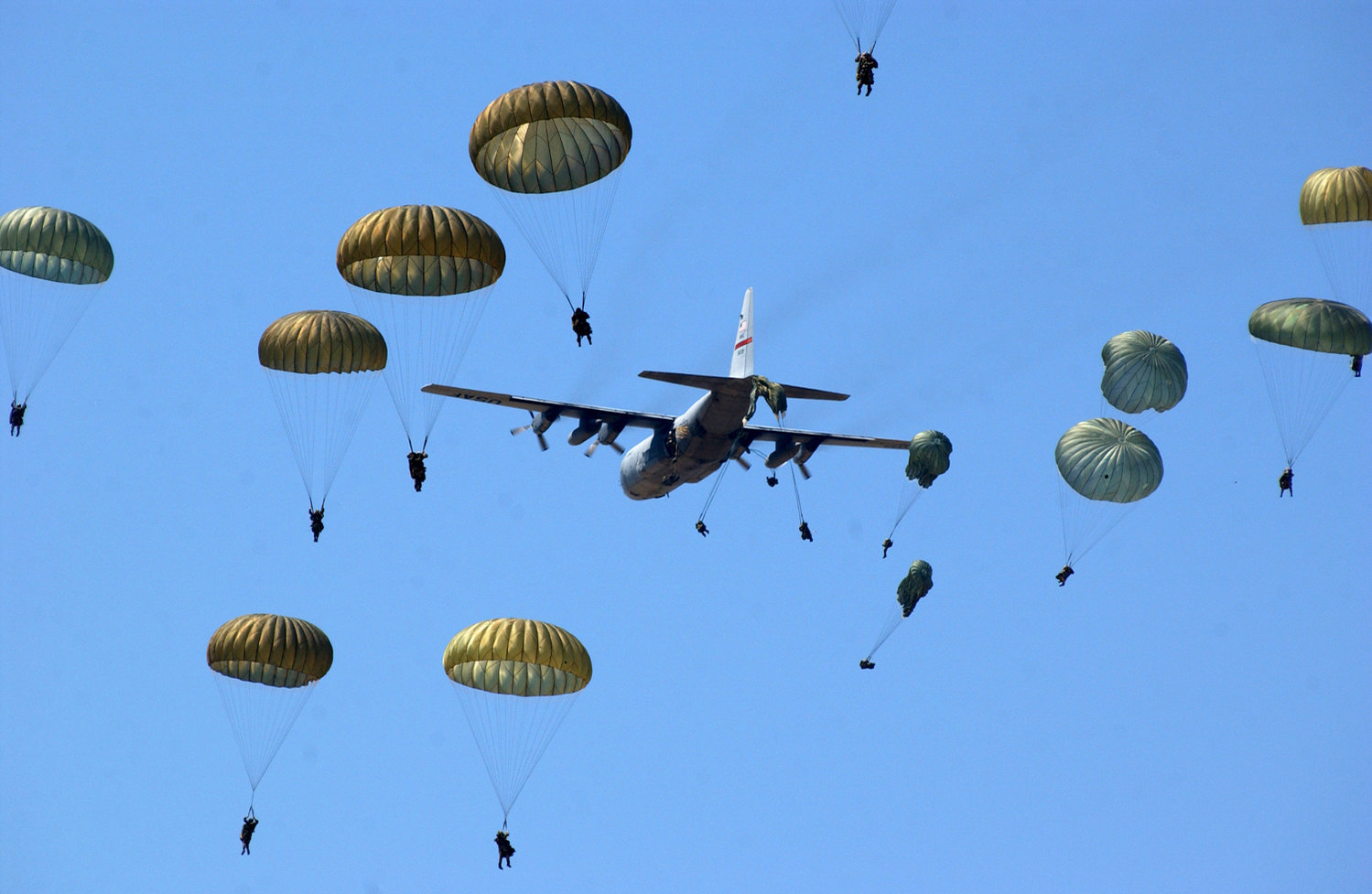 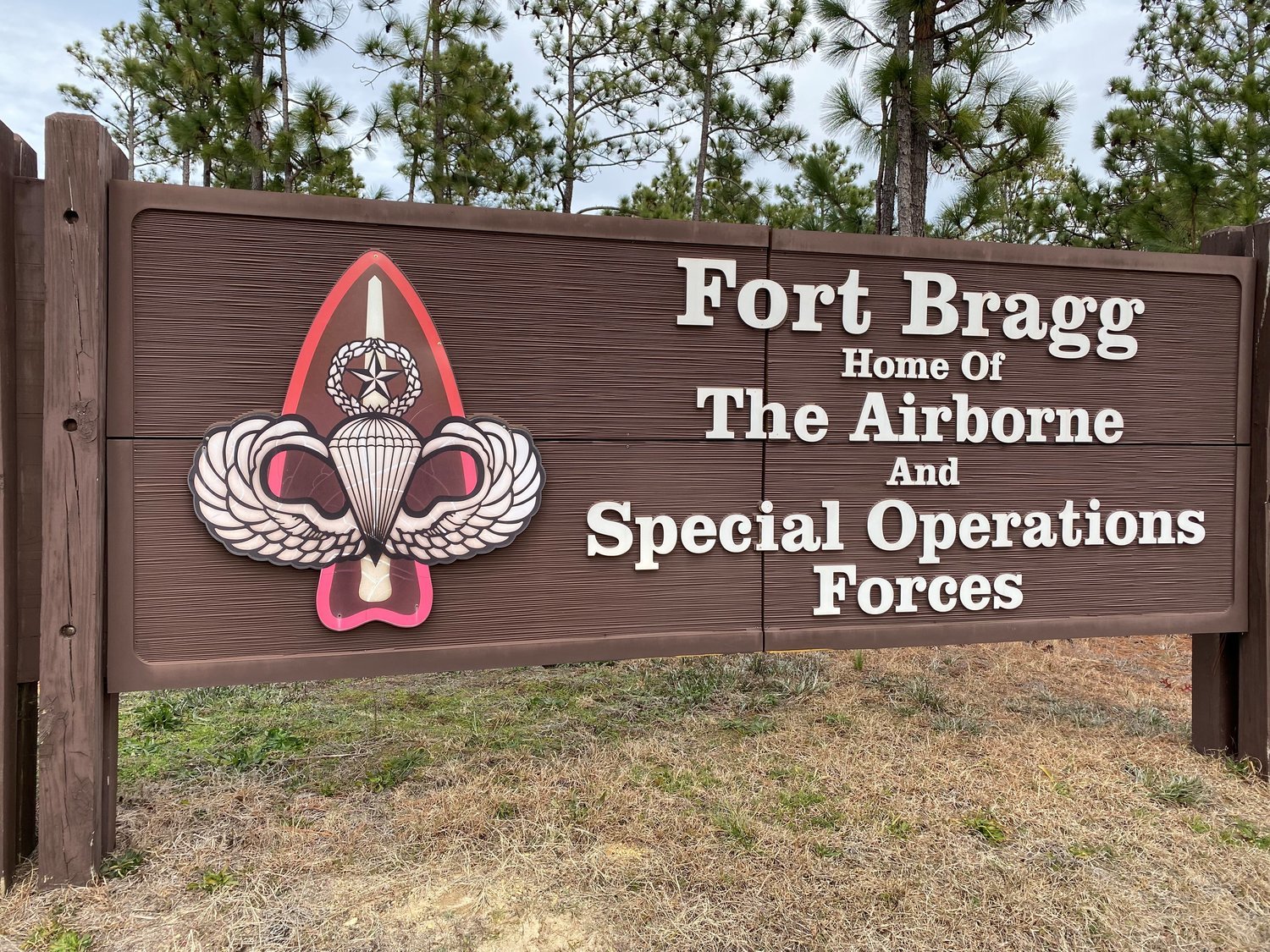 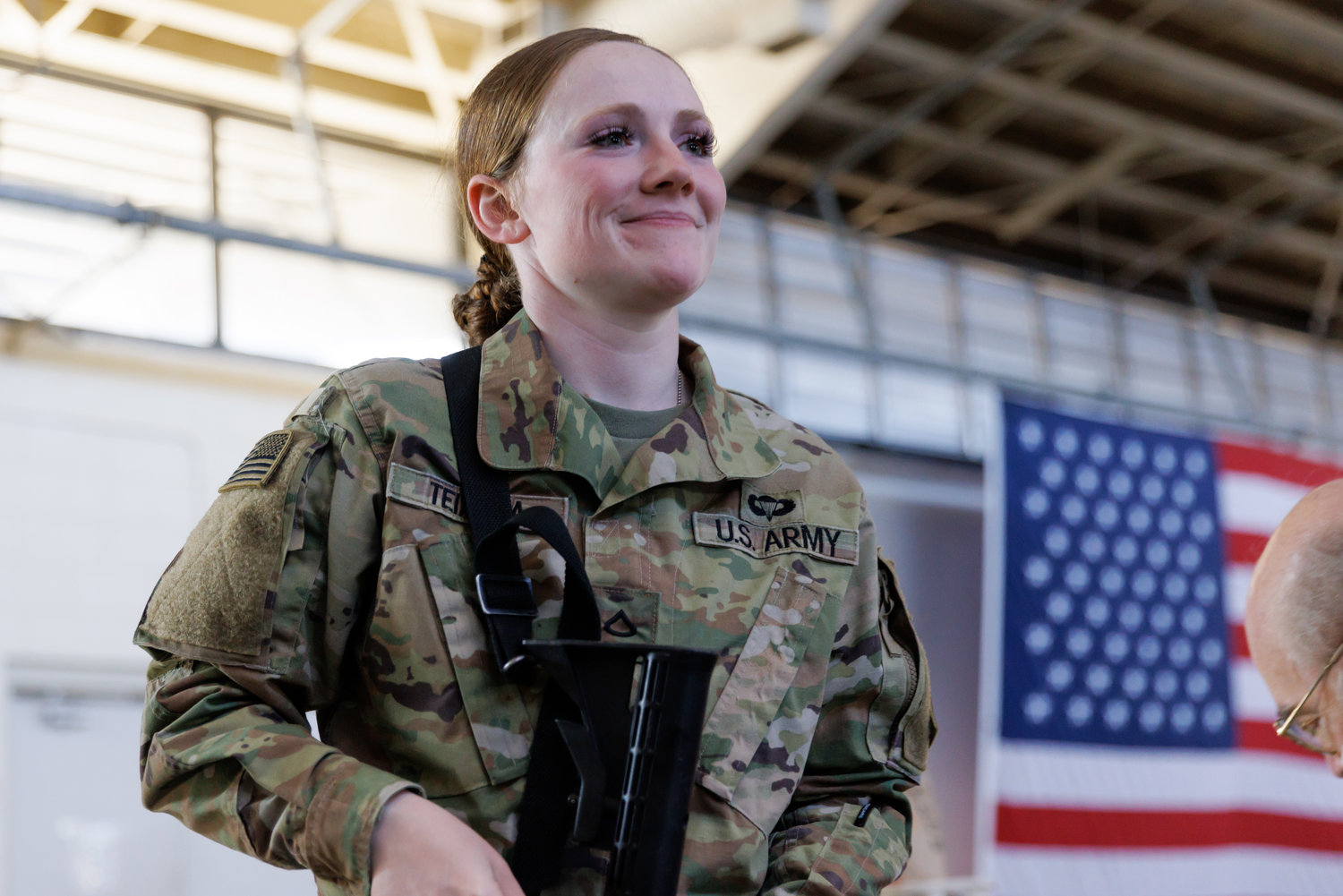 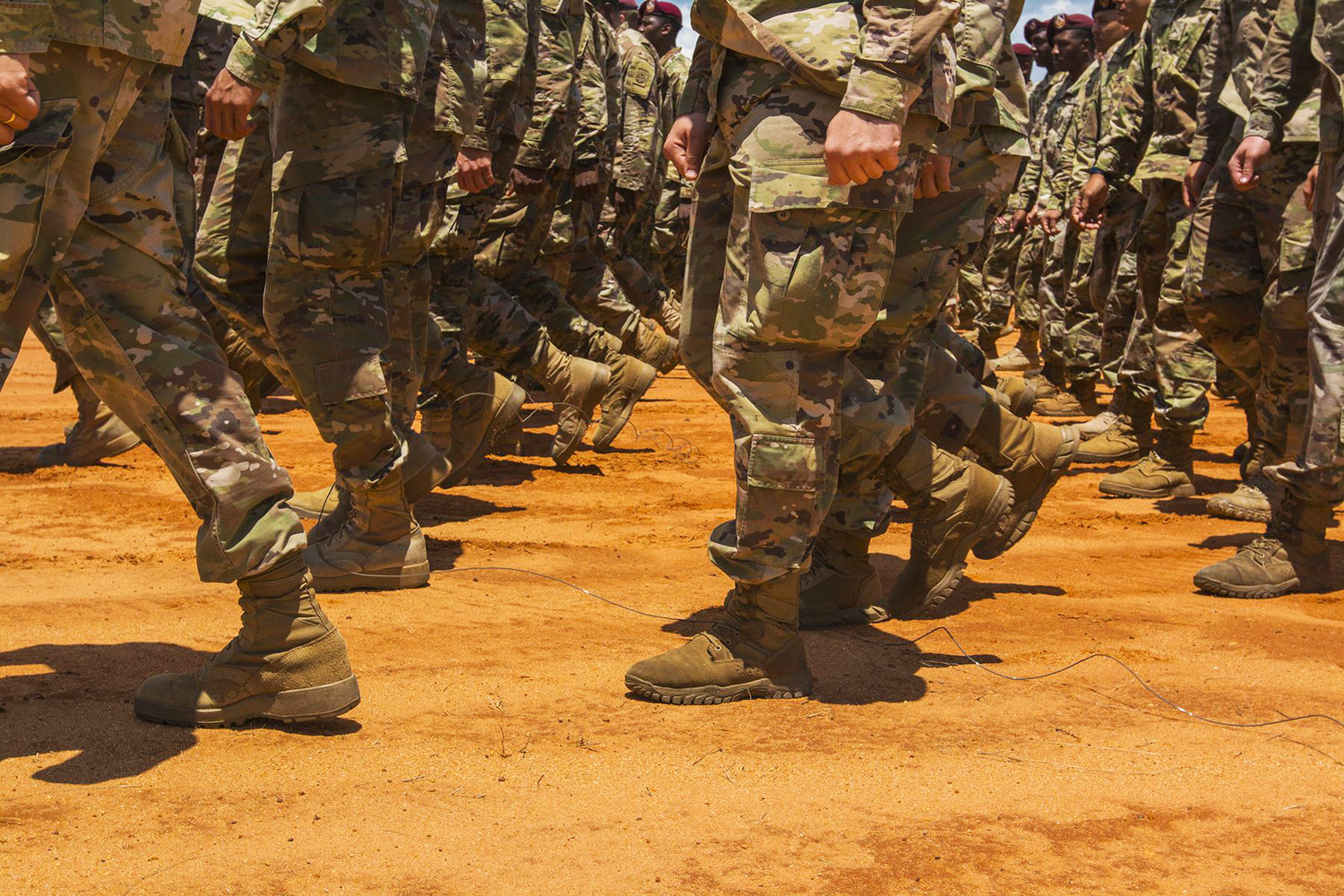 Over more than a century, Fort Bragg has grown from a humble artillery camp to the largest military installation by population in the nation.

Along the way, the Army post’s importance has grown with its size. Fort Bragg is colloquially known as the “Center of the Military Universe.” Its unofficial motto is, “When the nation calls 911, the phone rings at Fort Bragg.”

Today, the Home of the Airborne and Special Operations is home to approximately 53,700 service members — nearly 10% of the entire Army — and another 14,000 civilians. That includes the nation’s Contingency Corps, the 18th Airborne Corps, and the bulk of the Global Response Force, which falls under the 82nd Airborne Division.

Covering about 500 square miles and supporting a population of roughly 260,000, including military families, contractors, retirees and others, Fort Bragg is an economic juggernaut, with a daily impact of nearly $31 million for the state and more than $11 billion a year.

Since its creation in 1918, Fort Bragg has been inextricably linked with Fayetteville not only by the dollar but culturally, as well. With the city’s most famous neighbor’s role on the world stage, that partnership is unlikely to fade.

Top Commands
• U.S. Army Forces Command: Led by a four-star general, Forces Command is the largest organization in the Army, with oversight over more than 750,000 active and Reserve soldiers.
• 18th Airborne Corps: Known as America’s Contingency Corps, the 18th Airborne trains to deploy on short notice to oversee missions across the world.
• U.S. Army Special Operations Command: The Army’s special operations forces are commanded from Fort Bragg. They include Rangers, Green Berets, elite aviators, and civil affairs and psychological soldiers.
• Joint Special Operations Command: These are the leaders of America’s most elite and secretive units.
• U.S. Army Reserve Command: The headquarters for the Army Reserve is centrally located alongside Forces Command.
• 82nd Airborne Division: The largest single soldier population on Fort Bragg, the 82nd is best known for the Global Response Force and its ability to deploy quickly when needed.
• 1st Special Forces Command: The nation’s irregular warfare experts include its Green Berets.
• U.S. Army John F. Kennedy Special Warfare Center and School: Many of the Army’s most elite forces are trained, tested and vetted at this schoolhouse.
• Security Force Assistance Command: This newest command at Fort Bragg oversees the Army’s new Security Force Assistance Brigades, which help train and advise partner nations around the world.
• U.S. Army Civil Affairs and Psychological Operations Command: This Army Reserve command has units spread across the nation providing specialized skills that are largely found only in the Reserve component.

1 Fort What? Fort Bragg is named for North Carolina native and Mexican-American War hero Braxton Bragg. But it’s Bragg’s later career as a general in the Confederate Army that is driving a search for a new name for the historic Army post. In May, the Naming Commission recommended Fort Liberty as the new name for Fort Bragg. The commission recommended names for eight other Army posts as well. The plan to rename those installatins next goes to Congress for its consideration.
2 Fort Where? It’s hard to imagine Fayetteville or the North Carolina Sandhills without the looming presence of Fort Bragg. But that was a distinct possibility in the early 1920s, as the Army looked to shutter several training posts that were built during World War I. It was largely the effort of Brig. Gen. Albert Bowley, who commanded Bragg from 1921 until 1928, that saved what was then Camp Bragg and helped lay the foundation for the modern-day post. Bowley would later tell historians his efforts were “politics both Army and civil” that enlisted the aid of local and state leaders to secure the installation’s future.
3 Fort Rare. Fort Bragg is home to several endangered and rare plants and animals. The most notable is the red-cockaded woodpecker, the presence of which threatened the post’s existence in the early 1990s and spurred a conservation effort that has been repeatedly praised for helping protect both military training and the small, palm-sized birds. Other species that call Fort Bragg home include the St. Francis’ Satyr butterfly — the only known population calls the post home — and the Venus flytrap, a rare carnivorous plant whose exact locations are a close-kept secret to protect them from poachers.
4 Fort Ball. Fort Bragg made history in the summer of 2018 when Major League Baseball and the Major League Baseball Players Association partnered to host the first regular-season professional sports matchup on an active military base. The Miami Marlins beat the Atlanta Braves 5-2 in the contest, which was broadcast on ESPN. While the grandstands were removed after the game, the field itself is still used by the Fort Bragg community.
5 Fort Food. Fort Bragg is home to nine dining facilities — including a soldier-run food truck launched in 2019 — and numerous other dining options meant to sustain more than 50,000 hungry soldiers each day. The busiest time of the year for Fort Bragg’s food-service professionals is Thanksgiving, when hundreds of soldiers and civilians prepare thousands of pounds of turkey, beef and all the traditional trimmings of the holiday meal.

Faith in the community

Here’s to your health