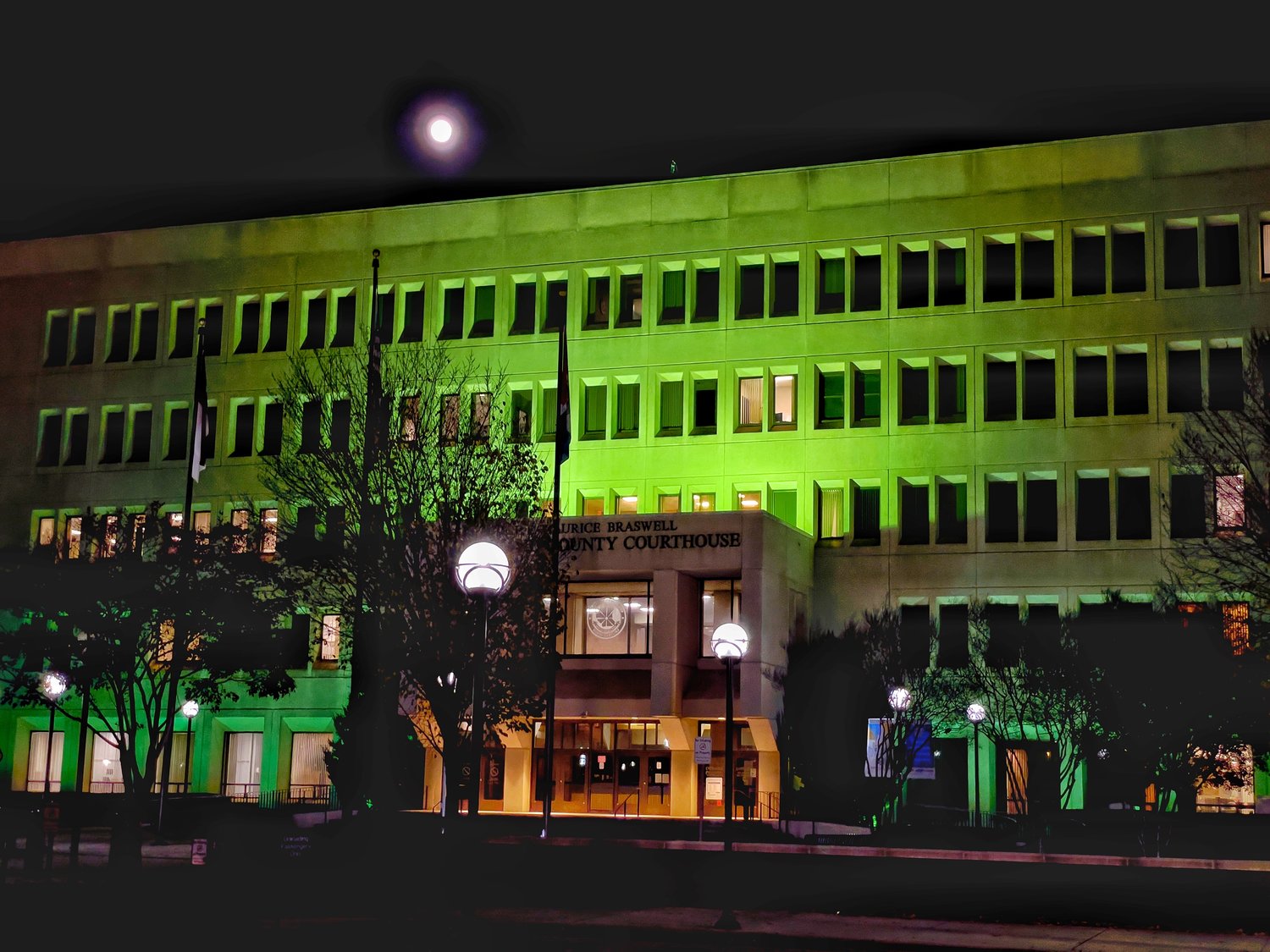 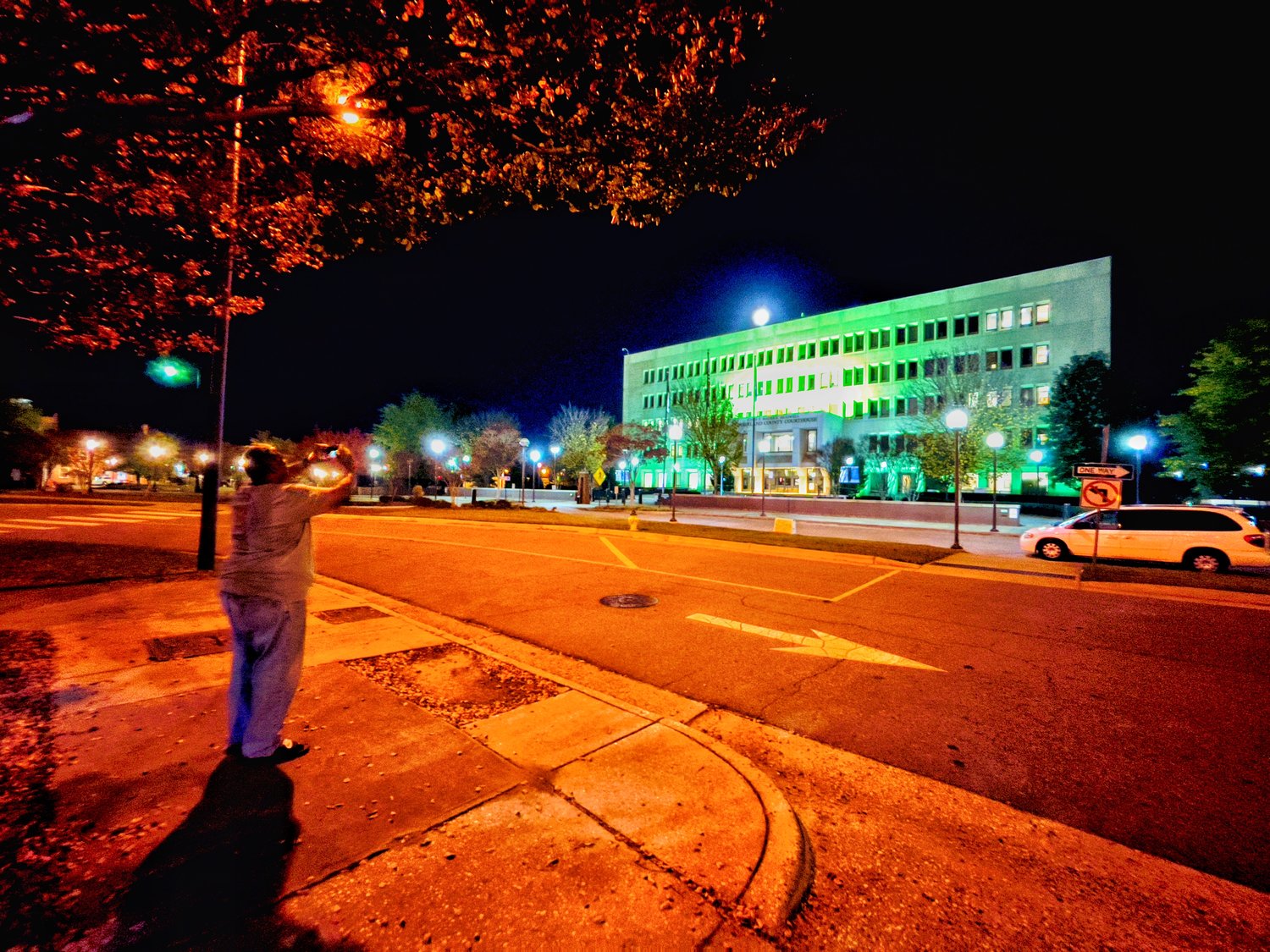 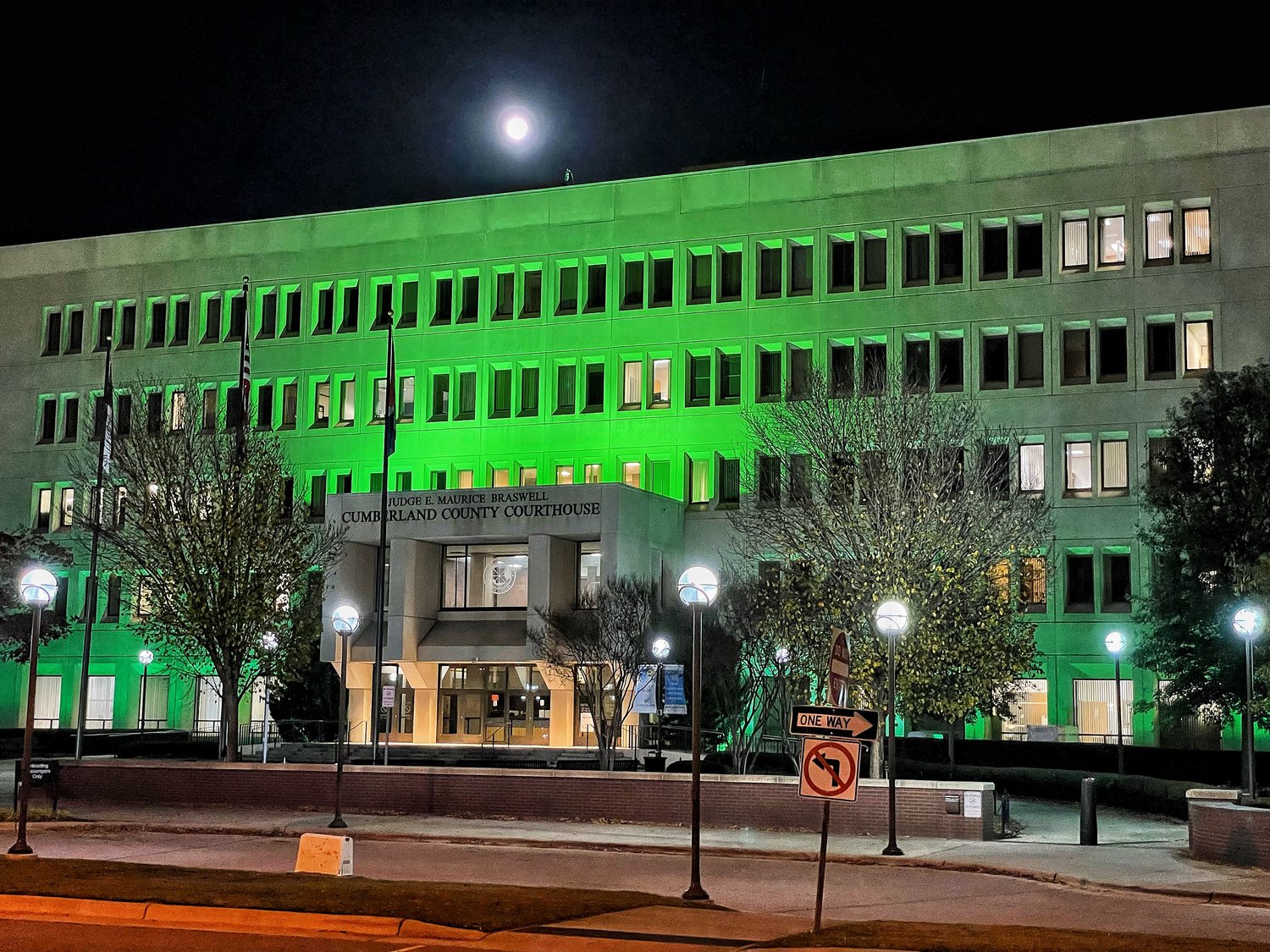 As the Veterans Day holiday approaches, the Judge E. Maurice Braswell Cumberland County Courthouse is bathed in green light as part of a national show of support for America’s veterans.

Counties across the country are participating in Operation Green Light, a national collaborative effort to show appreciation to America’s veterans for their service to the country, according to the National Association of Counties (NACO).

Veterans Day is a federal holiday that will be observed on Friday, Nov. 11. The United States officially observes Veterans Day on Nov. 11, regardless of the day of the week on which it occurs. In November 1919,  President Woodrow Wilson honored World War I veterans in a national message to them. He declared Nov. 11 as the first commemoration of Armistice Day. After World War II, the observance was expanded to all veterans in all wars.

Counties are demonstrating their support of veterans by illuminating county buildings in green. Cumberland County is no exception. The courthouse will be bathed in green light from Nov. 7 through Nov. 13 as part of the upcoming Veterans Day observance.

At Monday’s Board of Commissioners meeting, the board adopted a proclamation in support of Operation Green Light for Veterans. The proclamation had been requested by board Chairman Glenn Adams.

The proclamation in part reads “the Cumberland County Board of Commissioners hereby declares from October through Veterans Day, November 11, 2022 a time to salute and honor the service and sacrifice of our men and women in uniform transitioning from Active Service; and ... that in observance of Operation Green Light, Cumberland County encourages its citizens in patriotic tradition to recognize the importance of honoring all those who made immeasurable sacrifices to preserve freedom by displaying a green light in a window of their place of business or residence.’’

During the board meeting, Adams recognized Commissioners Jimmy Keefe and Charles Evans, both of whom served in the military. Adams’ wife, Superior Court Judge Gale M. Adams, served in the Navy.

“The board values our veterans,” Adams said after the vote.