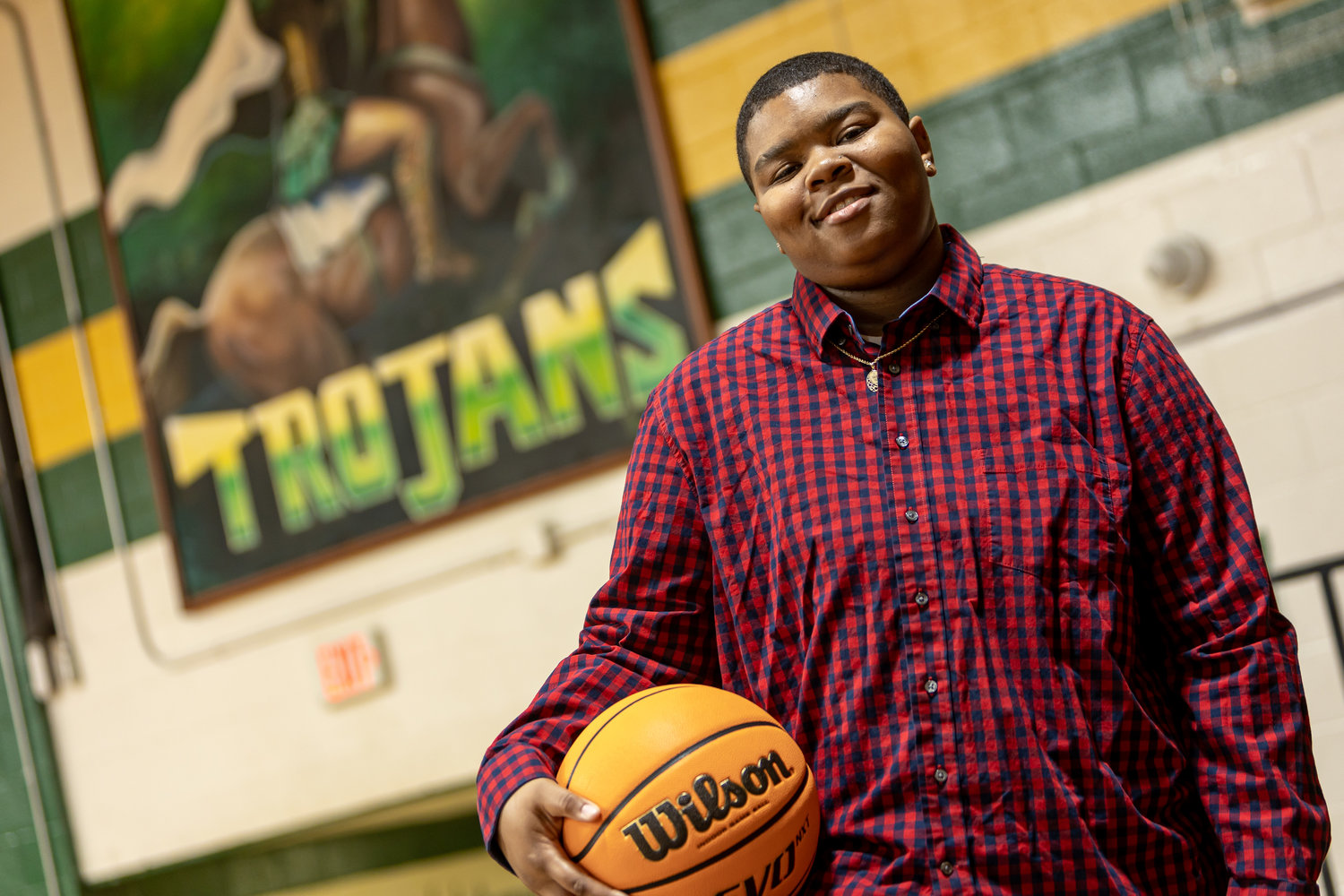 Miracle Williams, who was manager of the basketball team, graduated from Pine Forest High School in 2022.
Photo by Raul F. Rubiera for Cumberland County Schools 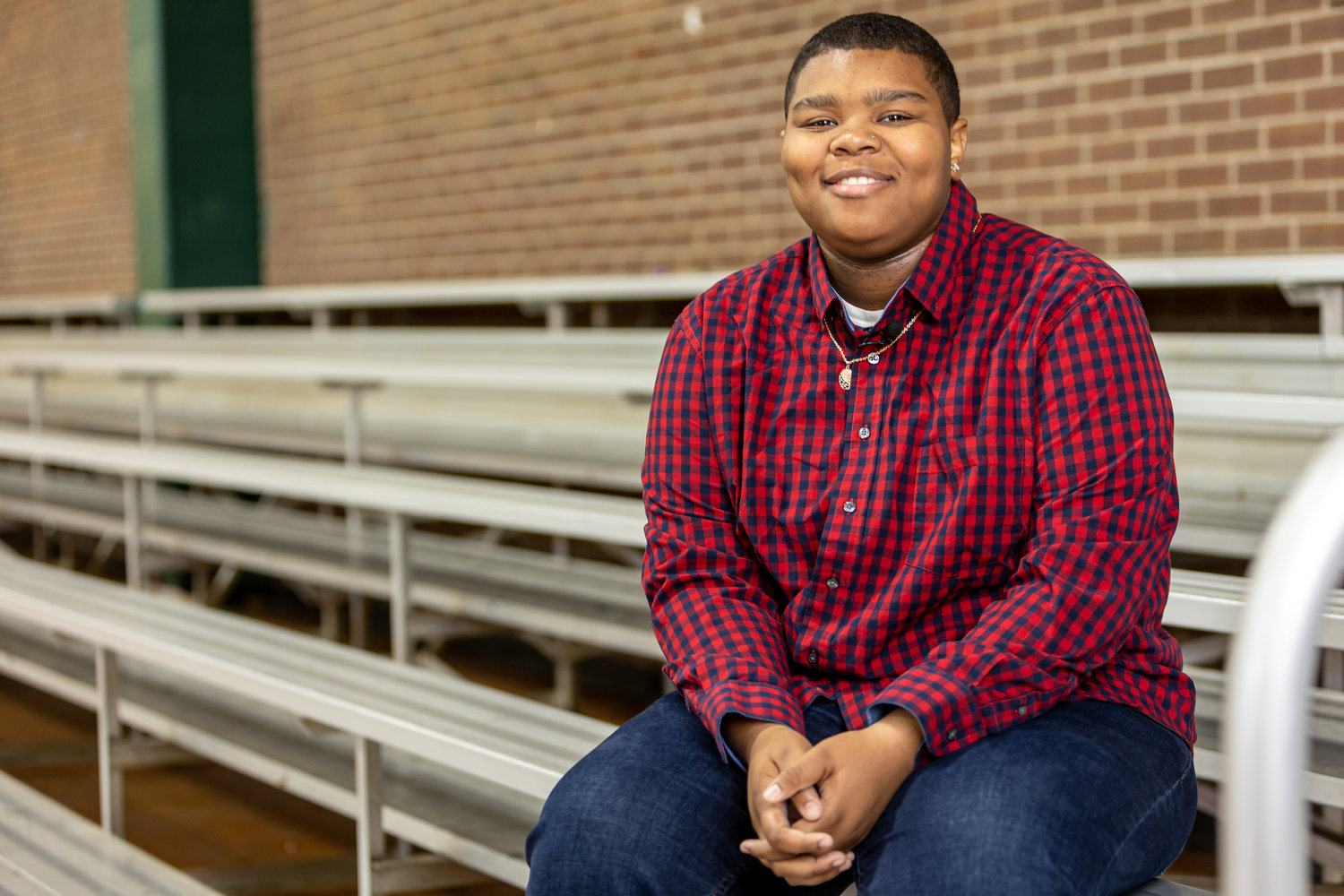 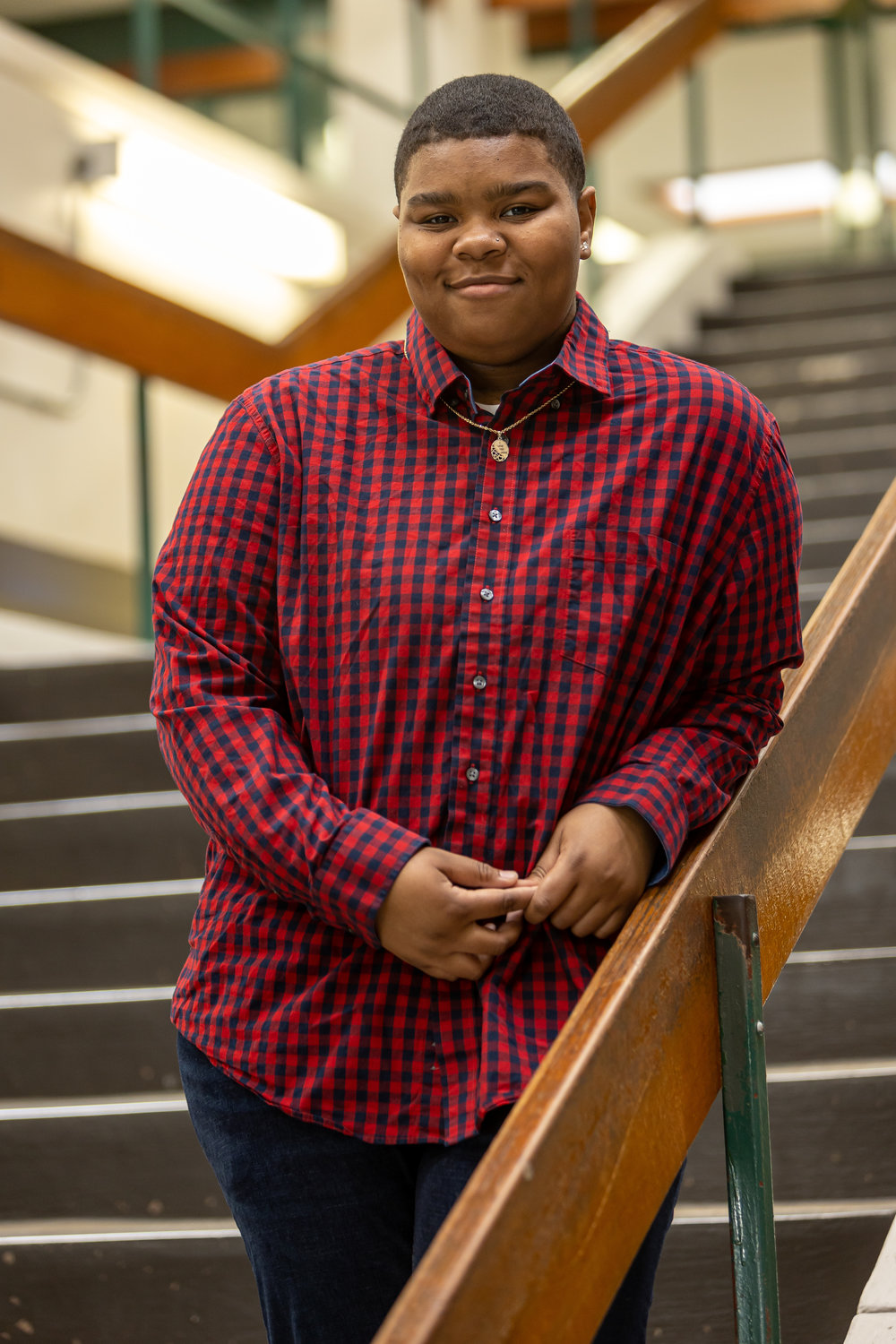 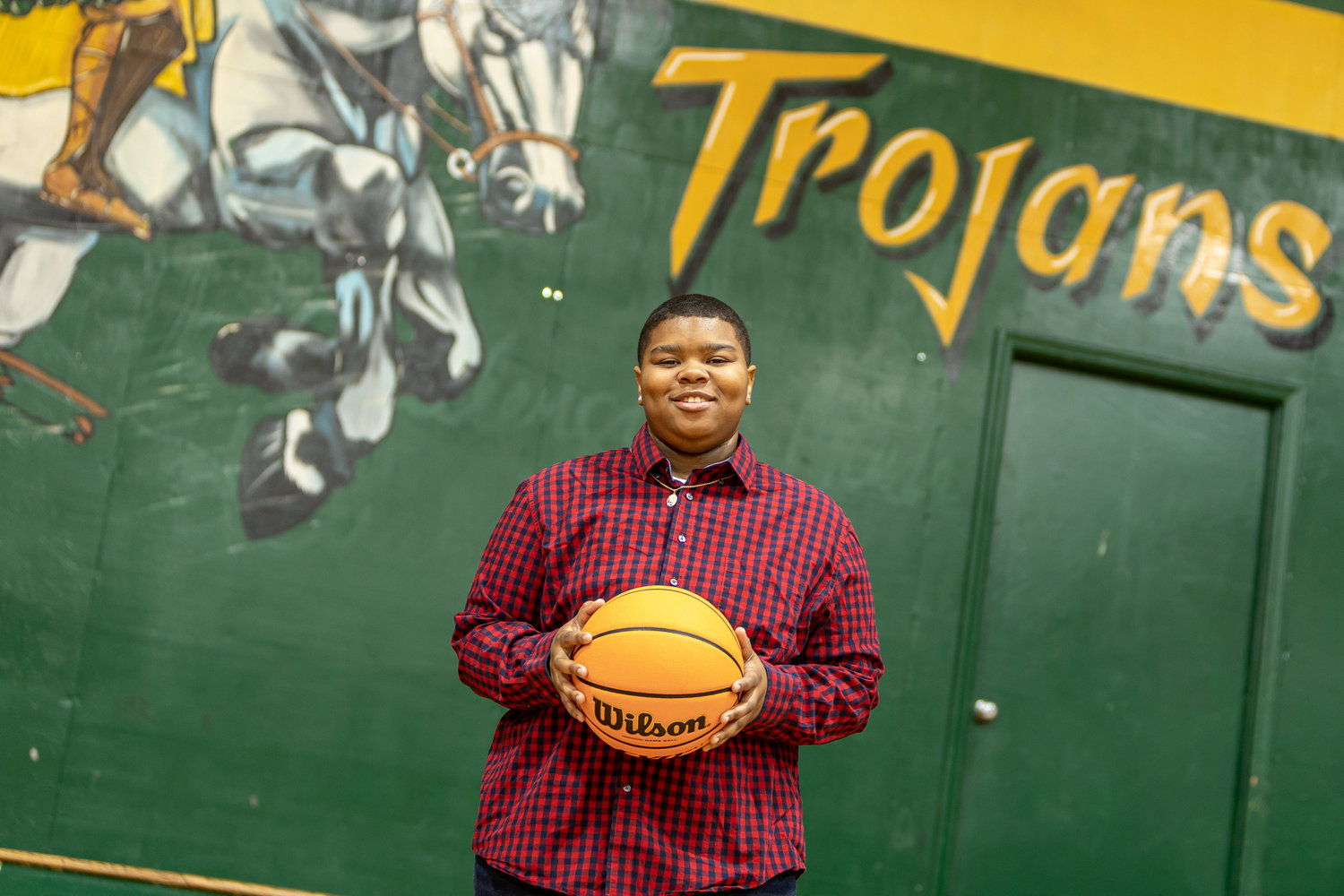 Miracle Williams says having to take virtual classes during the COVID pandemic set her back in schoolwork at Pine Forest High School.
Photo by Raul F. Rubiera for Cumberland County Schools
Previous Next
Posted Monday, June 6, 2022 5:18 am

I take it one day at a time, be positive and keep my head up.”
Miracle Williams
By Cumberland County Schools

Miracle Williams’ first name is more than just a name. The 18-year-old says the meaning of her name has defined who she has become.

“Miracle is truly a miracle,” says Pine Forest High School counselor Brittany Raines. “She has overcome a great deal to get to this point in her academic career, and I am certainly proud of her.”

Miracle says that being the only child of a single working mother has not been easy, especially when she’s dealing with bouts of anxiety and depression.

“Growing up with my mom being a single parent was tough. It was hard,” says Miracle. “As a kid, seeing her struggle a lot inspired me to want more and to do more for myself and be able to achieve more in life. My struggle with anxiety and depression has not been fun either. It took a long time, but with God in my life, I have overcome it. I take it one day at a time, be positive and keep my head up.”

Raines says it was not until Miracle’s senior year that she saw a shift in her behavior and overall attitude toward her schoolwork.

“Over the summer, it seemed that (Miracle) had transformed,” says Raines. “She had done a ‘complete 180 (degrees).’ You could tell by the way Miracle walked around school that her life had changed. She returned to school more mature and focused. She’s not the same Miracle I met in 2019.”

Miracle says that attending virtual classes from home during her 11th-grade year because of COVID-19 was “game-changer.”

“Junior year during COVID was hard for me,” says Miracle. “I really got behind in my classes. Also, I had to change friends and cut off people who brought bad energy into my life. When I returned to school, I had to change.”

Raines recalls the teenager asking to meet with her at the start of the school year to develop a plan with one goal in mind: Miracle walking across the stage to receive her diploma on June 2.

“I am very proud of Miracle for sticking to (the plan) and not giving up when she could have,” says Raines. “And really, for me, she is a role model. She is a good example of the fact that choices matter. It’s never too late, and it's OK to ask for help.”

Miracle admits that her attitude has improved since her freshman year and her involvement in extracurricular activities like marching band, the Key Club, JROTC and managing the basketball team helped guide her transformation.

“I’m proud of myself. I’ve matured more,” says the graduate. “Being able to take on a lot of responsibilities between being a manager, Key Club and the band and stuff helped me a lot to be a leader and to help others and make sure they do the right things.”

Miracle has applied to attend Fayetteville Technical Community College and aspires to become a nurse in the military. Until then, she plans to continue moving forward and fulfilling her name.