More than 45,000 Cumberland County residents cast ballots during the early voting period, the Board of Elections says 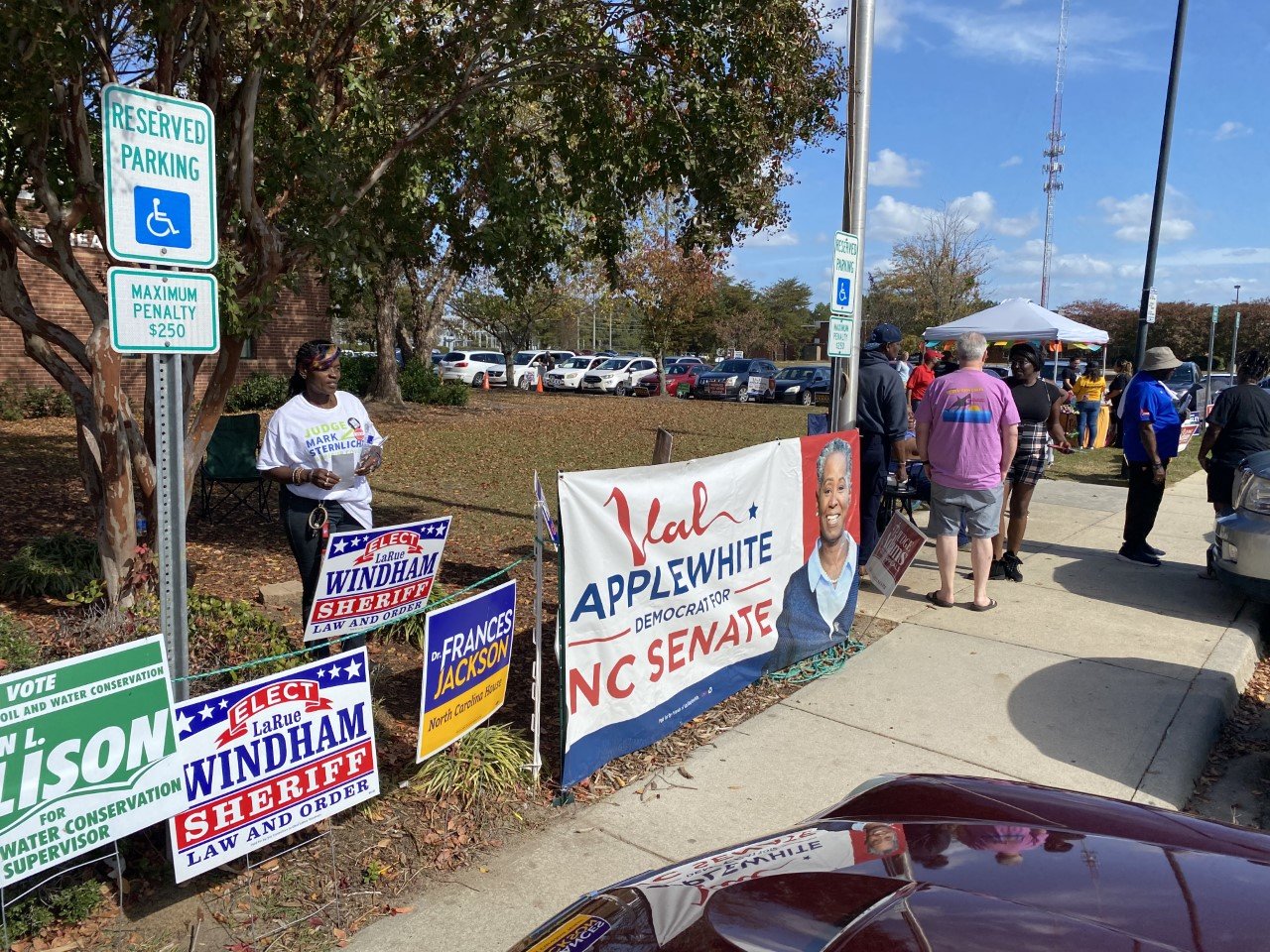 There was near gridlock just after noon in the parking lot of the Cliffdale Recreation Center on Saturday.

Ten vehicles were lined up waiting to curbside vote, and the closer parking spots around the building were taken with other cars stopped and waiting for a space to open.

The Cliffdale Recreation Center was one of eight polling sites across Cumberland County for one-stop early voting for the Nov. 8 general election. Early voting ended at 3 p.m. Saturday. The general election is Tuesday when polls will be open from 6:30 a.m. until 7:30 p.m.

Inside the recreation center, the line of people was long.

“It was busy yesterday, too,” reported one of the helpers inside the center. “It’s always busy the last two days.”

In the 2018 off-year general election – which Amaro said is comparable to this upcoming election – an overall 46,833 residents voted.

Amaro said mid-afternoon Saturday that there had been no complaints or problems during one-stop early voting.

The busiest sites on the last day of early voting were Cliffdale (935 votes) and Stoney Point Recreation Center (854) in Hope Mills.

Ron Jackson, 71, and his wife, Gloria, were near the front of the line outside the recreation waiting to curbside vote.

He said he had been busy, and that was the reason they were among the last-minute arrivals. For one, he understands the importance and value of casting your vote in an election.

Janet King, 58, said she arrived on the last day because of a "busy, busy schedule and working, and I wanted to catch it before Tuesday. I just picked this day because it was the last day to do it."

The 63-year-old Rosa Yongosi said she, too, had been busy with other things.