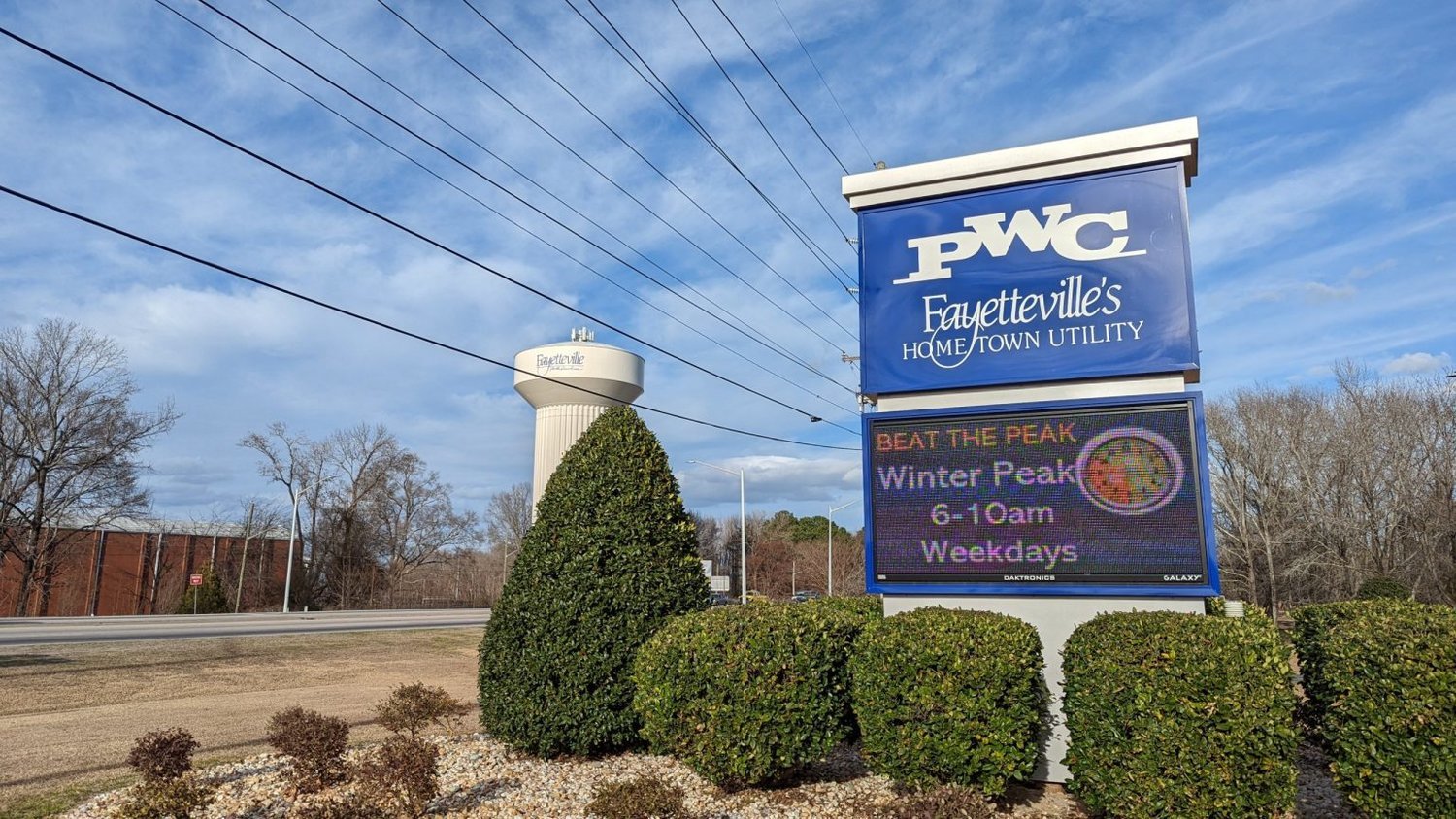 We know this raises concerns for our customers, and we want to assure our community that the safety and security of our infrastructure is a top priority.”
Fayetteville Public Works Commission
By Michael Futch | Staff writer

“We are following the situation in Moore County, and, if requested and able, will provide any resources to help,” PWC said in a post on its website. “We know this raises concerns for our customers, and we want to assure our community that the safety and security of our infrastructure is a top priority.”

The FBI has taken the lead in investigating what N.C. Gov. Roy Cooper has said may have been an act of domestic terrorism that damaged two electrical substations in Moore County on Saturday. One is located in West End, and the other substation is in Carthage.

Thousands of people were left without power when gunshots disabled electrical equipment.

“We obviously know people are concerned,” said Carolyn Justice-Hinson, a spokeswoman for PWC. “We take it very seriously. This is a priority for us and has been before Moore County. We will continue to work to protect our system and hope for the residents of Moore County and Duke Energy customers that this can be resolved.”

Moore County declared a state of emergency and imposed a curfew after the power disruption.

Roughly 45,000 people were without power in North Carolina beginning Saturday. As of noon Wednesday, about 35,000 customers remained without power, said Emily Kissee, a spokeswoman for Duke Energy.

"That number is going down," Kissee said.

Duke Energy anticipates having power restored for nearly all customers by midnight Wednesday.

Moore County Sheriff Ronnie Fields told reporters that firearms were used to shoot and disable equipment at the two substations in Moore County over the weekend. Damage was estimated in the millions.

No motive or suspect has identified.

"We have not released the caliber of weapon nor the type of weapon," Moore County Chief Deputy Richard Maness said Wednesday.

"All of our available personnel with the Sheriff's Office is actively investigating any and all leads we have," Maness said. "We've partnered with the FBI, the State Bureau of Investigation. We're working near and far around the clock to find out who did this. I'm not at liberty to release a lot of details."

A tipline for anyone who may have information about the attacks is at 910-947-4444. Maness said investigators are looking into any leads.

On Wednesday, Moore County residents were coping with a fourth day of power disruptions that began just after 7 p.m. Saturday, Fields has said.

“We are reviewing our current plans and increasing our monitoring and continue to stay vigilant with it," she said.

Justice-Hinson said the situation is a good reminder that nothing is 100% guaranteed.

“If you rely on electricity for medical purposes or you have young children in the home, always make sure you have a plan to get to somewhere with power or take care of your family,” she said. “No utility wants to let their customers go without services. Obviously, everyone is reliant on electricity.”

Moore County Public Safety has said officials are working to determine if the death of one county resident who was without power was the result of the power outage or a medical condition.

“As we try to be helpful to our neighbors, we're making sure we are taking the right precautions, preventative steps," Colvin said.

Colvin said he has spoken with PWC Chairwoman Ronna Rowe Garret, adding, "I'm sure this will be a conversation we’ll be having in the coming weeks. It’s definitely a teachable moment for everyone."

Since about 2017, O'Dell said, South River has maintained surveillance at its substations, including cameras and audio alarms. Some locations have a combination of those and other security measures, she said.

"Certainly, I think we’ve all been in a heightened state of awareness,” she said. “As a coastal state, I think we're in a position of preparedness. I certainly hope this is an isolated incident and does not grow in any way.”

Like PWC, Moore County is connected to the Duke Energy system. Part of Moore County also is served by an electric cooperative, Justice-Hinson said.

She said the utility’s employees have been reminded that they are “our eyes and ears in the community, and they need to stay very alert. If you see something, say something. Take everything seriously.”

“We want to do anything and everything we can to prevent disruption to services.”

For anyone who needs shelter because of a power failure, the Moore County Department of Public Safety has said it is available at the Moore County Sports Complex Recreation Center, 155 Hillcrest Park Lane in Carthage.