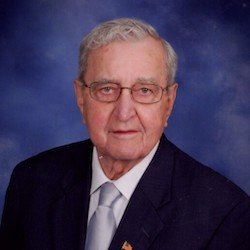 To tell the story of Robert (Bob) Pronier, it’s hard to know where to begin. If you had the honor of knowing him, the man you called a friend was grounded in his love for his family, an abiding faith, and a responsibility to his community and his country. The common thread of his life was service, a calling that shaped his more than 91 years and what was most important to him.

Born in Boston, MA on August 27, 1931, Bob was one of six children to parents, Alfred and Louise Pronier. He married his beloved wife, Lillian Gray Pronier, in January of 1955 and had five children: Constance (Connie), Robert (Bobby), Cynthia, Barry, and Victor Pronier. Bob was a man who never understood the definition of “quit” and worked hard his entire life to ensure his children were afforded opportunities he didn’t have. He joined the military in 1948, served as a Ranger in Korea, after which he quickly distinguished himself as one of the original Green Berets and a member of 1st, 5th, 7th, and 10th Special Forces Groups, including four tours in Vietnam. His experiences in Vietnam earned him a Bronze Star with Valor, much of which was detailed in the 1965 book by Robin Moore, The Green Berets. He led the newly developed HALO program, an innovative free fall approach designed to get troops on the ground quickly and undetected. Bob is distinguished as instructor number two in the history of Military Free Fall. This set the stage for modern combat parachuting. Bob remained at the forefront of military freefall training at Fort Bragg for many years. Upon retiring from the military as a Sergeant Major, Bob served as Assistant Director of Safety for SOCOM, after which he joined the Fayetteville police force, holding positions of Police Officer, Sergeant, Detective and leading the Police Academy.

Bob was always clear on right versus wrong and worked hard to teach those principles to everyone around him. He would say “there isn’t any shade of gray in the truth.” He believed strongly in treating everyone with respect and had empathy that knew no bounds, earning him admiration in all parts of his life. His sense of humor was witty and quick, often leaving you stunned and pausing to replay the joke to make sure you got it. He was a skilled gardener who regularly gifted friends and neighbors with the best tomatoes and collards you’d ever eat, reminding us with each bite how much better they were than the ones you’d buy at the local grocery store. There was little he loved more in life than being surrounded by family, eating a still warm slice of his wife, Lillian’s famous fresh apple cake while making jokes and catching up on the news of the day. He was loved deeply, and he was fiercely independent, remaining in his home of 57 years until his last day.

Bob is preceded in death by his wife, Lillian; children, Victor and Cynthia, parents, and siblings and he is survived by his daughter, Connie (Tom); sons, Bobby, and Barry (Lynn); grandchildren, Brittany, Brad (Andrea), Jack, and Joel, and great grandchildren, Caroline, Carter, and Blake.

A visitation will be held at 11:30 to 12:30 PM on Sunday, October 2, 2022, at Rogers and Breece Funeral Home. A graveside service will be held at 1 PM at Lafayette Memorial Park with Reverend Archie Barringer officiating.

In lieu of flowers, the family requests remembrances be made in the form of contributions to the Military Order of the Purple Heart, Greater Richmond Chapter 1965 (MOPH 1965). Contributions can be made online at www.purpleheartrichmond.org/donations

If inclement weather the service will be held in the Rogers and Breece Chapel.