Round and round we go 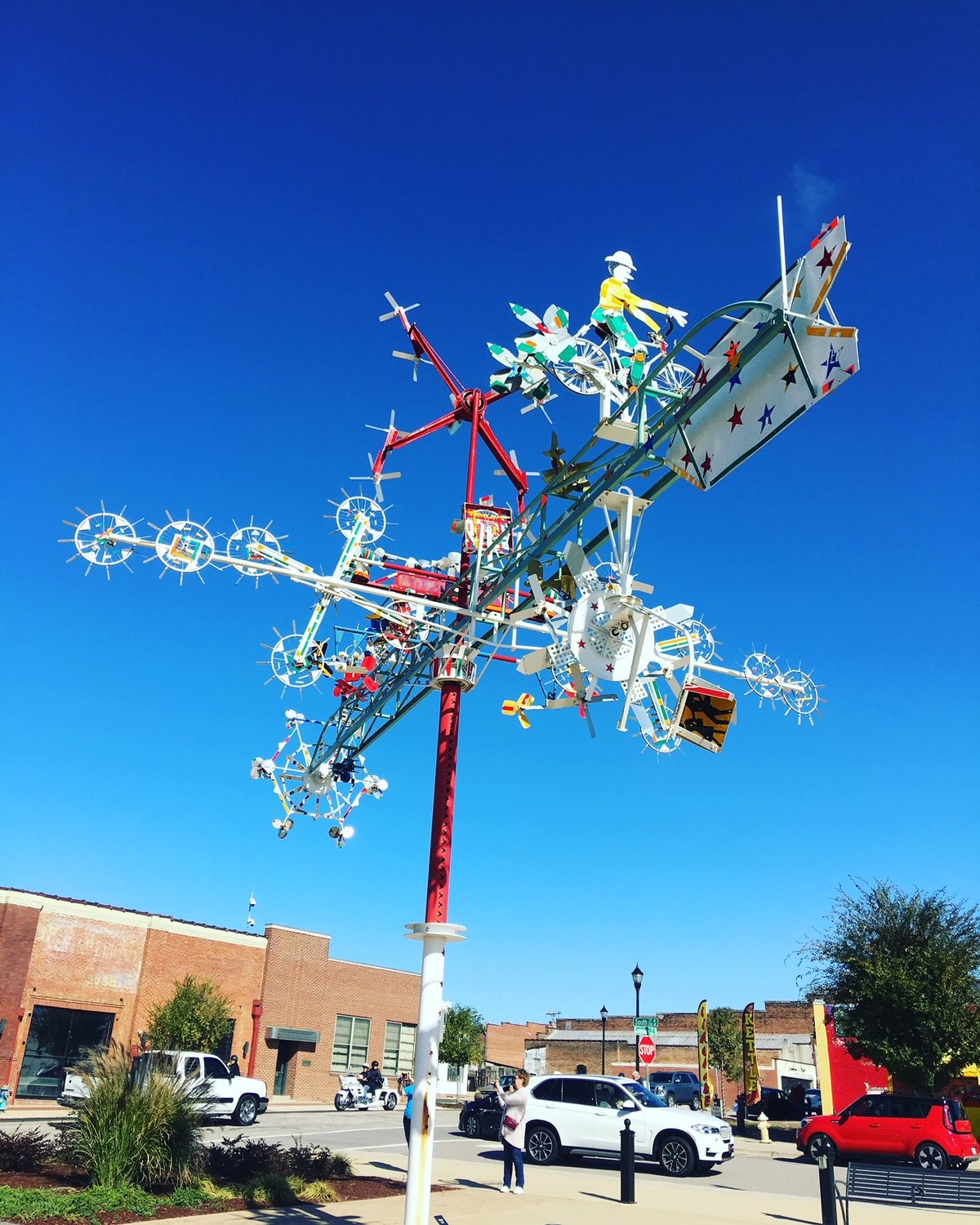 The Vollis Simpson Whirligig Park and Museum is at 301 Goldsboro St. S. in historic downtown Wilson. It’s about an hour’s drive north of Fayetteville, via Interstate 95. 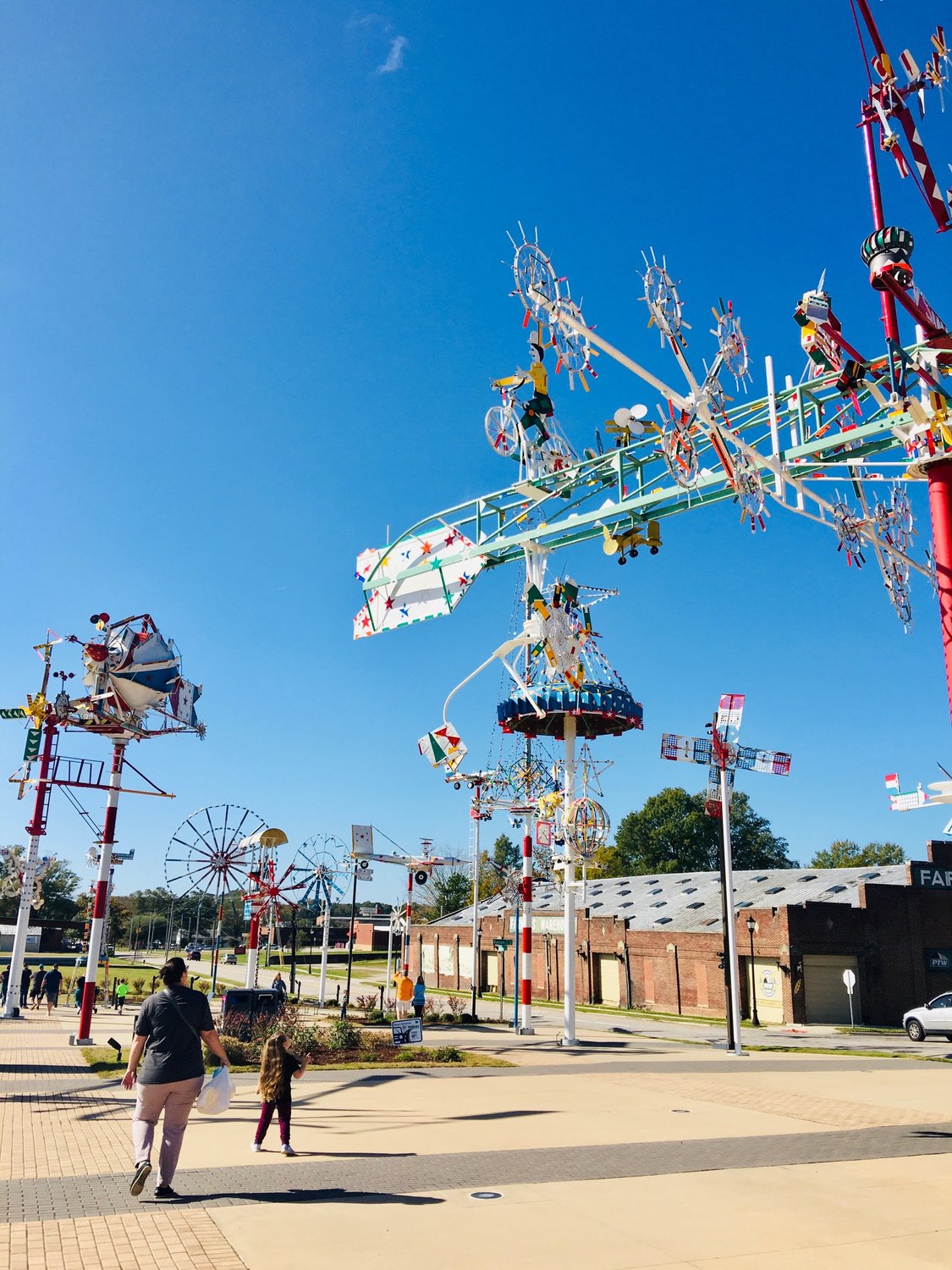 Vollis Simpson Whirligig Park and Museum
Previous Next
Posted Thursday, May 12, 2022 3:00 am
Story and photography by Janet Gibson

We can’t help but smile and be happy at the Vollis Simpson Whirligig Park in Wilson.

The wow factor captures us at first glance. It’s a wonderland of giant spinning works of art that are on level with a Hollywood movie set. As we stroll the 2-acre park, we discover some 30 wind-powered and whimsical whirligigs incorporating scrap metal parts as diverse as pinwheels, planes, stars and a sweet character on a bicycle.

It’s free entertainment that’s open every day from predawn until midnight. That’s because the whirligigs are equally mesmerizing under sunny, Carolina blue skies or bright, star-filled nights. And, of course, blustery gusts only add to the special effects.

Credit the late Vollis Simpson, a world-renowned artist and engineer who grew up in the country not far from here. He was obsessed with building the most creative and eye-catching whirligig sculptures.

City and tourism leaders also had a vision when the park was constructed in their historic downtown a few years ago.

Recently, a museum was added, which gives visitors an inside look at the story behind the artist and his creations. The park also is home to concerts, a farmers and artisans market, and pop-up family-fun activities.

We staked claim to a picnic table and feasted on barbecue and all the fixin’s that we ordered in the drive-thru lane at Marty’s, a nearby landmark restaurant. Just make sure to arrive early. The line was already snaked around the building at 10:30 a.m.

Vollis Simpson Whirligig Park and Museum
Address: 301 Goldsboro St. S. in historic downtown Wilson. It’s about an hour’s drive north of Fayetteville, via Interstate 95.
Hours: The park is open from 5 a.m. to midnight daily.
Price: Free admission to the park and museum and nearby free parking. The annual Whirligig Festival is set for the first weekend in November.
Contact: 252-243-8440 or wilsonwhirligigpark.org