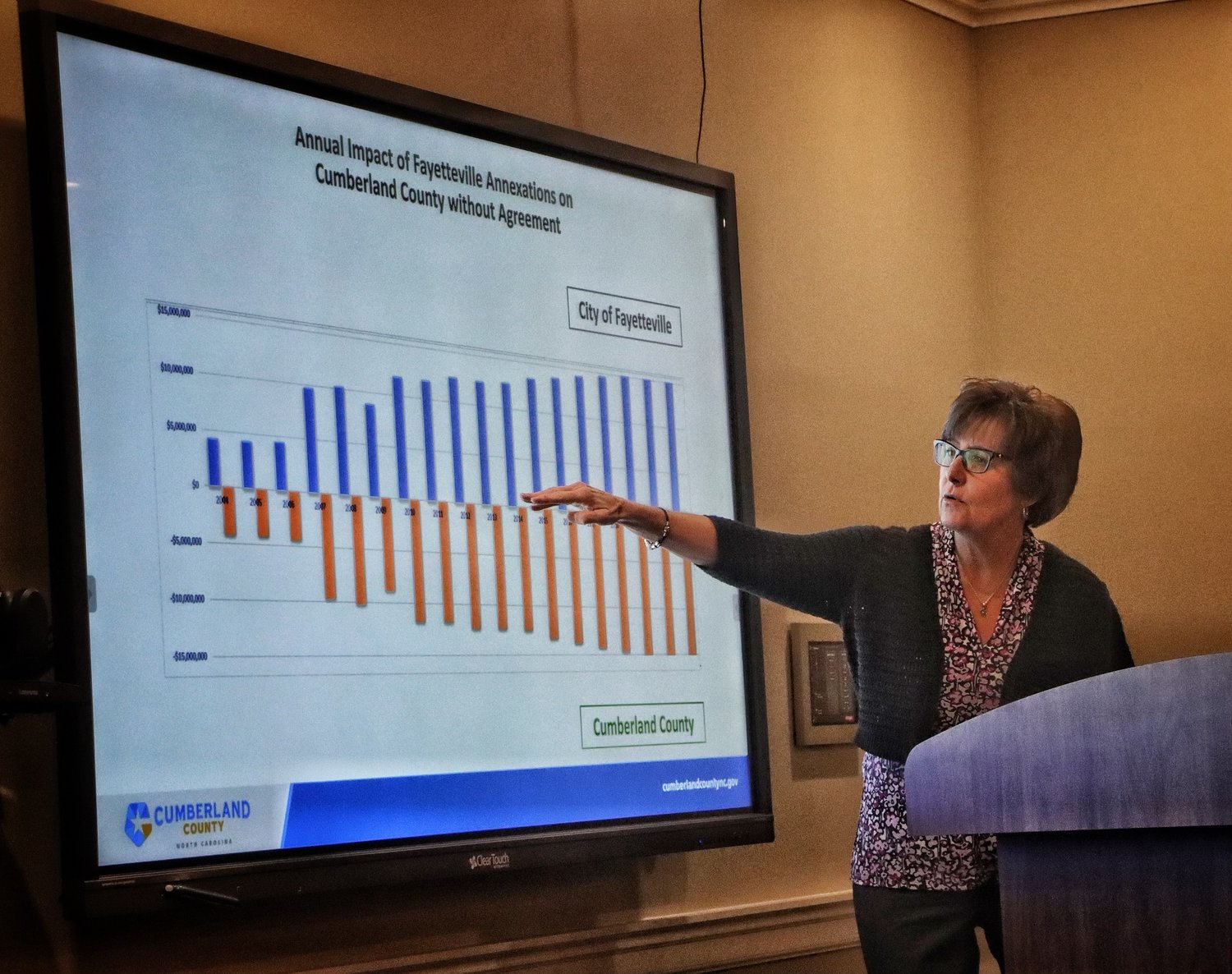 Cumberland County Manager Amy Cannon on Monday told members of the Board of Commissioners that talks about the county’s sale tax revenue distribution method are on the horizon.

Cannon prepped commissioners on the upcoming issue of how the county will share sales tax revenue with municipalities. Her presentation came during a meeting of the board’s Finance Committee. The committee consists of Commissioners Toni Stewart, Larry Lancaster, Glenn Adams and Jeannette Council, who chairs the committee.

The five-year sales tax distribution agreement among Cumberland County and county municipalities expires in 2023. The agreement hammered out in 2018 was often contentious, and the parties included the North Carolina School of Government in negotiations to help mediate an agreement.

Cannon’s brief presentation came after the board’s regular meeting Monday. Cannon said she wanted to prepare the board on the direction it wanted to take regarding sales tax distributions in the future. The Finance Committee took no action.

This presentation is to "get you to start thinking about where the county wants to be" next year, she said.

However, as the county’s municipalities grow in population, the county’s portion of the sales tax pie shrinks, and Cannon noted that the county’s responsibilities do not.

The General Statutes regarding towns and cities only require them to provide building code enforcement.

The county commissioners may change the method of distribution annually in April with an effective date 14 months later at the start of the fiscal year, Cannon told the committee.

Cannon said only Wake, Cumberland and Durham counties continue to use the per capita distribution schedule.

Adams said the appropriate venue to work out an agreement is with the Mayor’s Coalition. The Cumberland County Mayor's Coalition meets quarterly, and the next meeting is scheduled for sometime in August. Its next meeting would be in November. The sales tax distribution discussion will not be on the coalition's upcoming agenda.

“This should not be a shock to them that this discussion will come up,” Adams said.