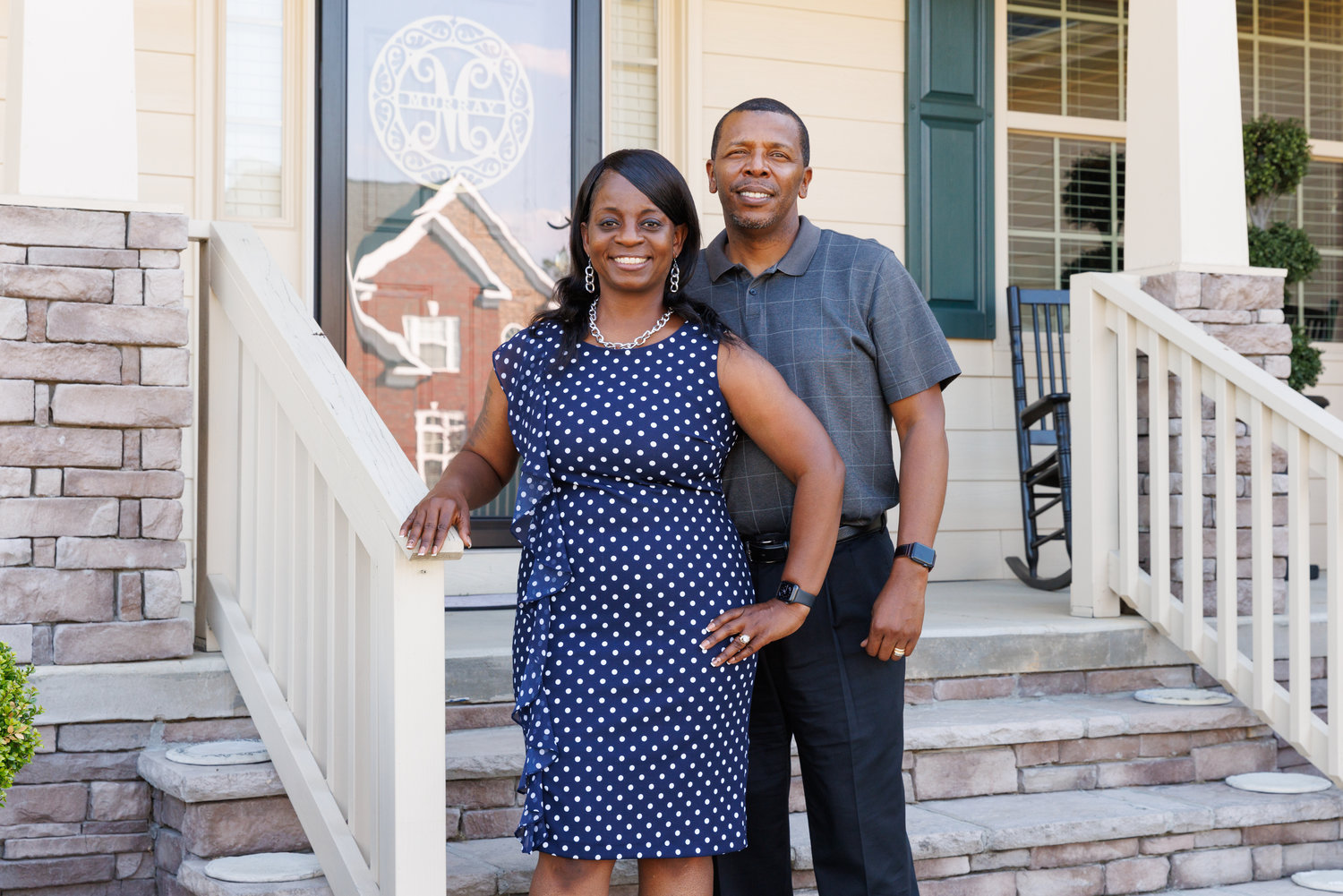 Ruby Murray says her husband, Alfred Murray, has been one of her biggest supporters.
Tony Wooten 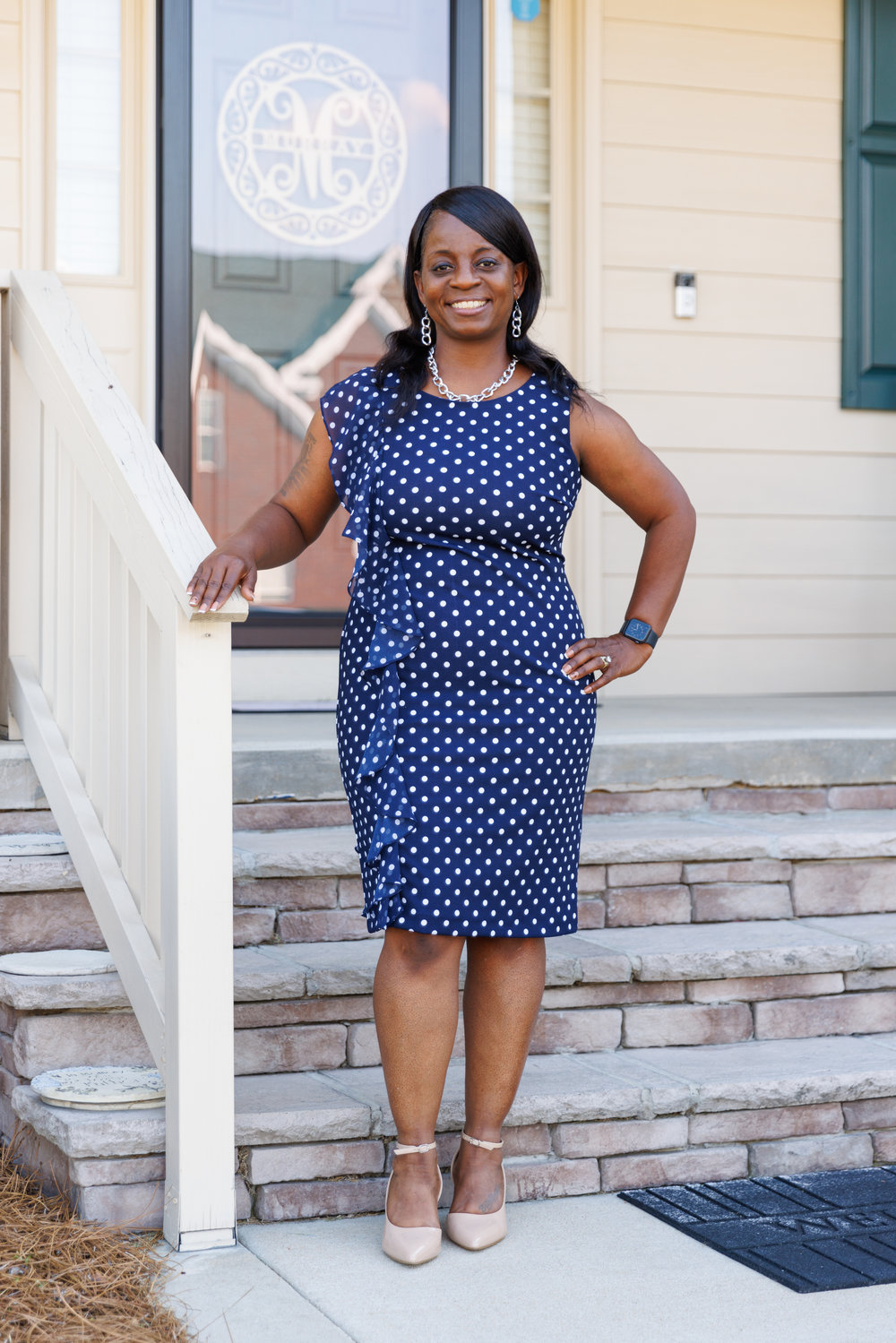 Ruby Murray, a JROTC instructor at South View High School, inspires her students to share her passion for giving back. In April, President Joe Biden recognized her with the President’s Lifetime Achievement Award, the highest designation of the President’s Volunteer Service Award program.
Tony Wooten
Previous Next
Posted Saturday, July 23, 2022 5:20 am
By Jason Brady | Photography by Tony Wooten

Ruby Murray could put the Energizer Bunny to shame.

The retired Army sergeant major’s stamina and ability to excel at any project — referred to as a “mission” in military parlance — have earned her high praise and recognition.

Murray is a JROTC instructor at South View High School. In April, President Joe Biden recognized her with the President’s Lifetime Achievement Award, the highest designation of the President’s Volunteer Service Award program.

Murray earned the award by logging more than 4,000 hours of community service. It’s something she will continue doing for her country and for her community, she says. Her seemingly boundless energy is bolstered by her tenacity and her physical conditioning. In fact, coaching others to become fit is one of her commitments.

Murray’s mounting accolades are impressive. Plaques and framed certificates signifying her accomplishments vie for space on the walls of her small office at South View High. A large, framed photo of her with her late father hangs on the wall closest to her. Behind her, pinned to that wall, is the inscription, “Influence of a good teacher cannot be erased.”

The Army’s Quartermaster Hall of Fame Class of 2021 recently inducted her into its fold. That is the highest recognition given by the Army for contributions to the traditions of the Quartermaster Corps. The corps inducted 22 honorees in 2021; only two were women.

Volunteering and mentoring rank high on her list of pursuits that ensure success for students and soldiers alike. Murray encourages parents and others to volunteer at local schools. She credits her swift rise to the rank of sergeant major to mentors who saw something in her that she did not know she had.

Shortly after joining the Army, Murray arrived at Fort Greely in Alaska, home of the Logistics Readiness Center. Just out of high school, she was ready to “party” in the land of the midnight sun. But someone stopped her cold: her boss. A sergeant became her mentor and pointed her in the right direction.

“If I hadn’t met a leader like that, I would never have fast-tracked,” she says. “I served in logistics during my whole 26 years of service, and I always had amazing leaders who believed in me. Leadership pushed me harder than I could ever imagine.”

As a woman in a male-dominated profession, Murray credits many of her male leaders with helping her become what she is today. It started with her father, who was shell-shocked and cloistered in a hospital after the Vietnam War. He inspired her to pursue a military career. She was with him when he died and still tears up when remembering his last words to her.

Another supporter, according to Murray, is her husband, Alfred Murray. They met in Kitzigen, Germany, while both were in the Army. After their daughter was born, the pair decided that one of them should retire from the Army and care for her.

They made a deal: The first one to get the retirement papers through the system would retire. She did not know that he had already started the process and was ahead of her, she says with a chuckle.

Murray’s husband made sure she was always a part of her daughter’s life, whether she was stateside or deployed.

“I could not have had a better husband when it came to our daughter,” she says. “He videoed everything she did while I was deployed.”

Murray herself retired in early 2016. That August, she ran into the JROTC colonel at Pine Forest High School, who persuaded her to look into becoming an instructor with the program. He told her that there were not enough women in JROTC.

“Once again, someone saw something in me. God pre-positions his angels,” she says of the chance encounter.

She took to teaching youngsters about the military and life in general. She was so good, in fact, that two years into her teaching career, Cumberland County Schools named her Teacher of the Year.

At the end of the 2021-22 school year, she readied her cadets for graduation with long days of practicing their role in the ceremonies at the Crown Expo Center. And while other students were enjoying their end-of-school break, several of her cadets returned to school to clean out lockers and move furniture.

Jay Haggins, a 2022 South View graduate and private first class, says his first year enrolled in JROTC was more than he expected.

“It was my best class,” says Haggins, who plans to follow his sister’s path and enroll in college ROTC.

Cadet Sgt. Clarisse Gellor moved here from the Philippines a year ago. She plans to enroll in the nursing program at Fayetteville Technical Community College. She hopes to get a nursing certificate and a green card.

Gellor says she was seeking a more structured learning environment when she enrolled in JROTC.

“I was amazed. It exceeded my expectations,” she says. “One of the biggest things I’ve learned from the sergeant major is that it’s OK to ask for help because you can’t survive alone.”

Freshman Ailana Ross made it to the rank of staff sergeant in her first year of JROTC. She says that staying at home during the COVID-19 pandemic took a toll on her. She wanted to go back to school.

“The sergeant major helped me the entire year to grow as a person and in ways to become more successful,” Ross says. “The biggest thing I learned is how to become a leader. Next year will be a little easier; I’ll be a sophomore.”

Ross plans to join the military after she graduates, either in the Army or Air Force dental program. She grew up in Hope Mills and wants to travel.

Murray and her students believed the school system needed to recognize military veterans who have made education their second career. So she spearheaded a program for veterans appreciation by asking Superintendent Marvin Connelly Jr., a veteran himself, to approve a venue to honor veterans.

Connelly gave her the go-ahead, and she formed a committee to establish an annual veterans banquet.

“It lets us honor each other and showcase veterans in the school system along with our students,” Murray says.

Murray says COVID negatively affected her students because they could not be in the classroom. During online instruction, Murray says, she required face-to-face dialogue.

“They had to turn on that camera. I’m a teacher who can say I saw all my cadets,” she says.

As part of her curriculum, she requires students to write an essay titled, “Who I Am.”

“I get to know every one of my cadets. I want to know who I am dealing with.”