Welcome the new year with beauty, tranquility and fresh air 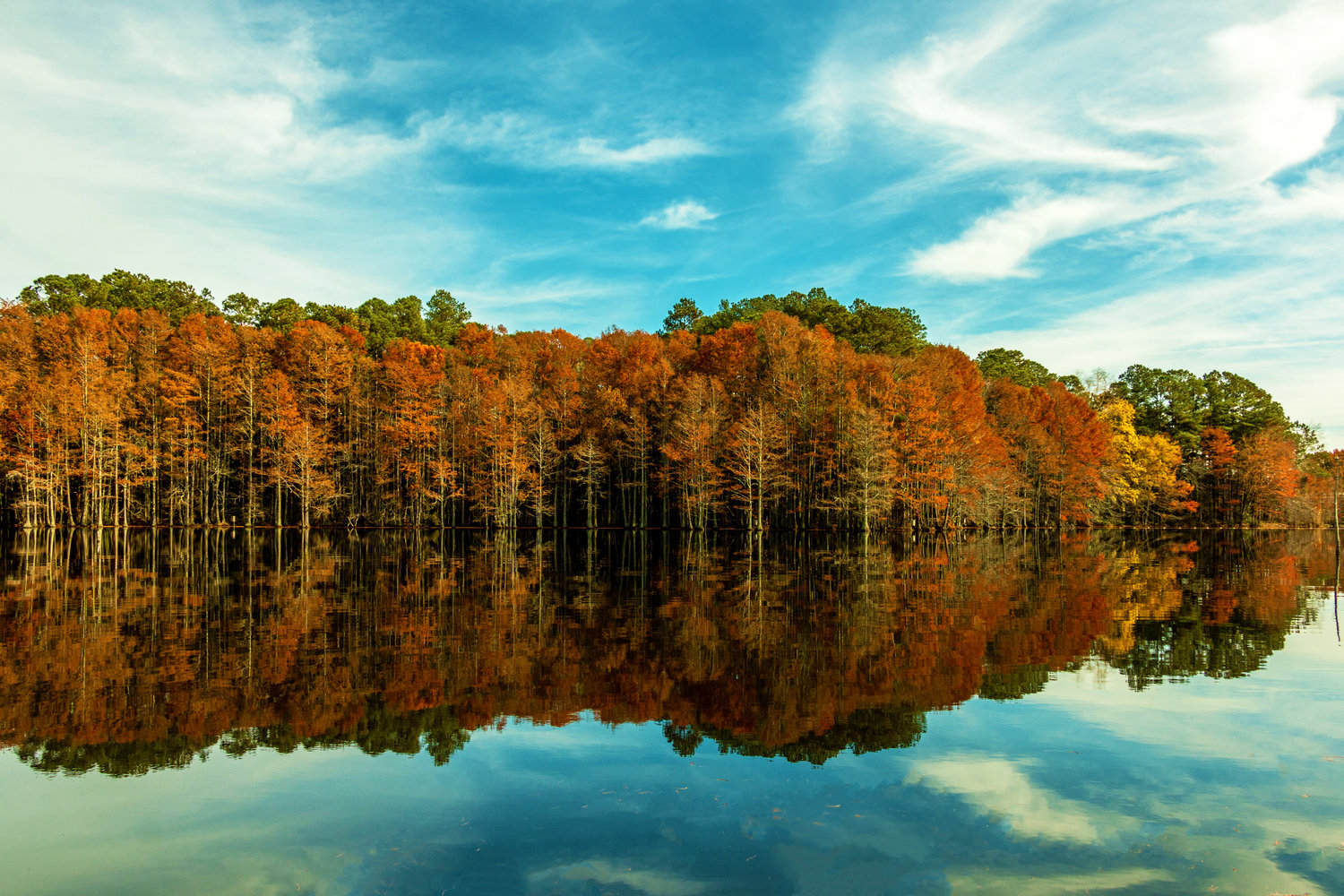 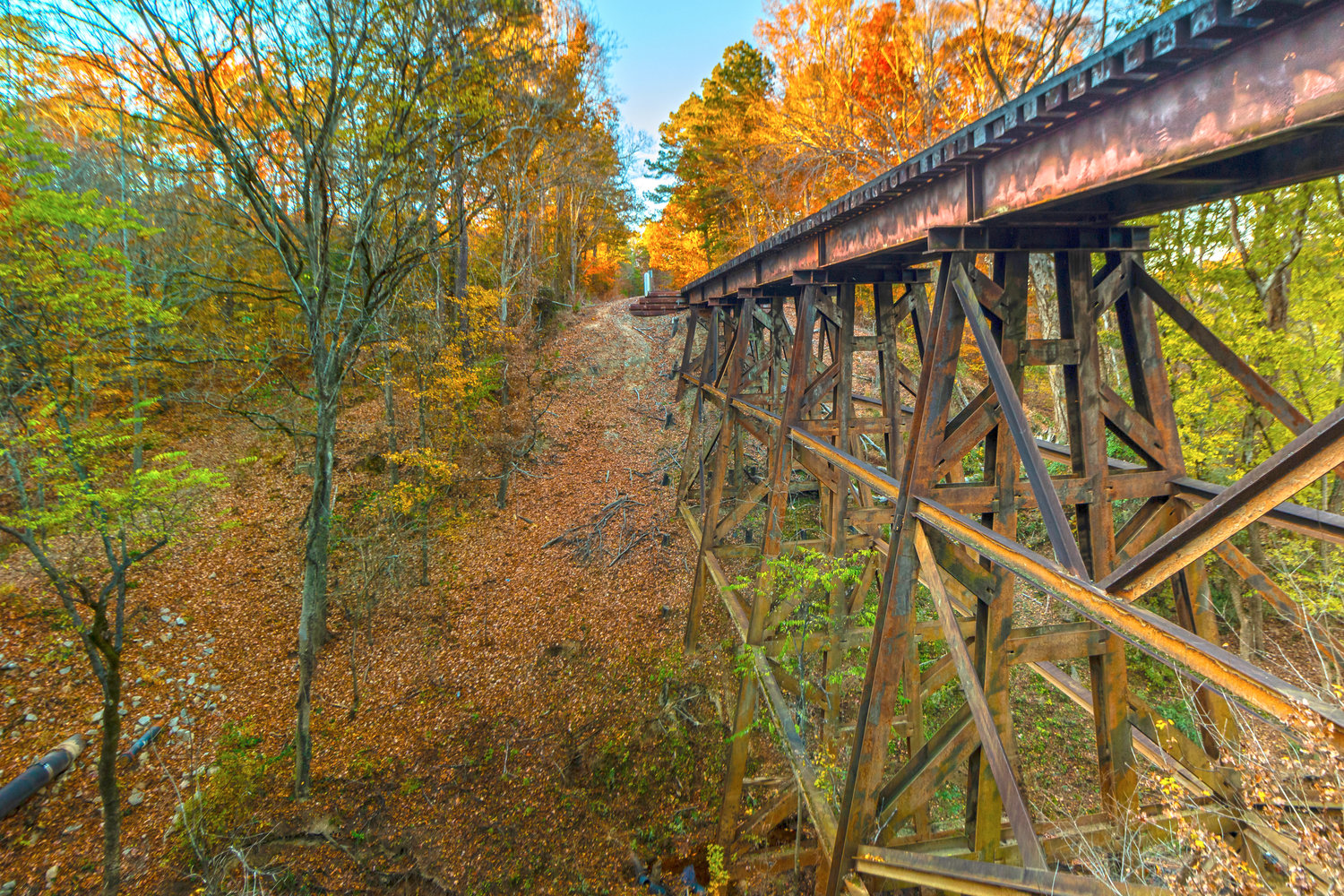 A railroad trestle crosses a small ravine at the Cape Fear River Trail where a small waterfall flows through. This area of the trail is unique in that it is the only section of the trail that is truly a boardwalk and is covered.
Garrett Taylor 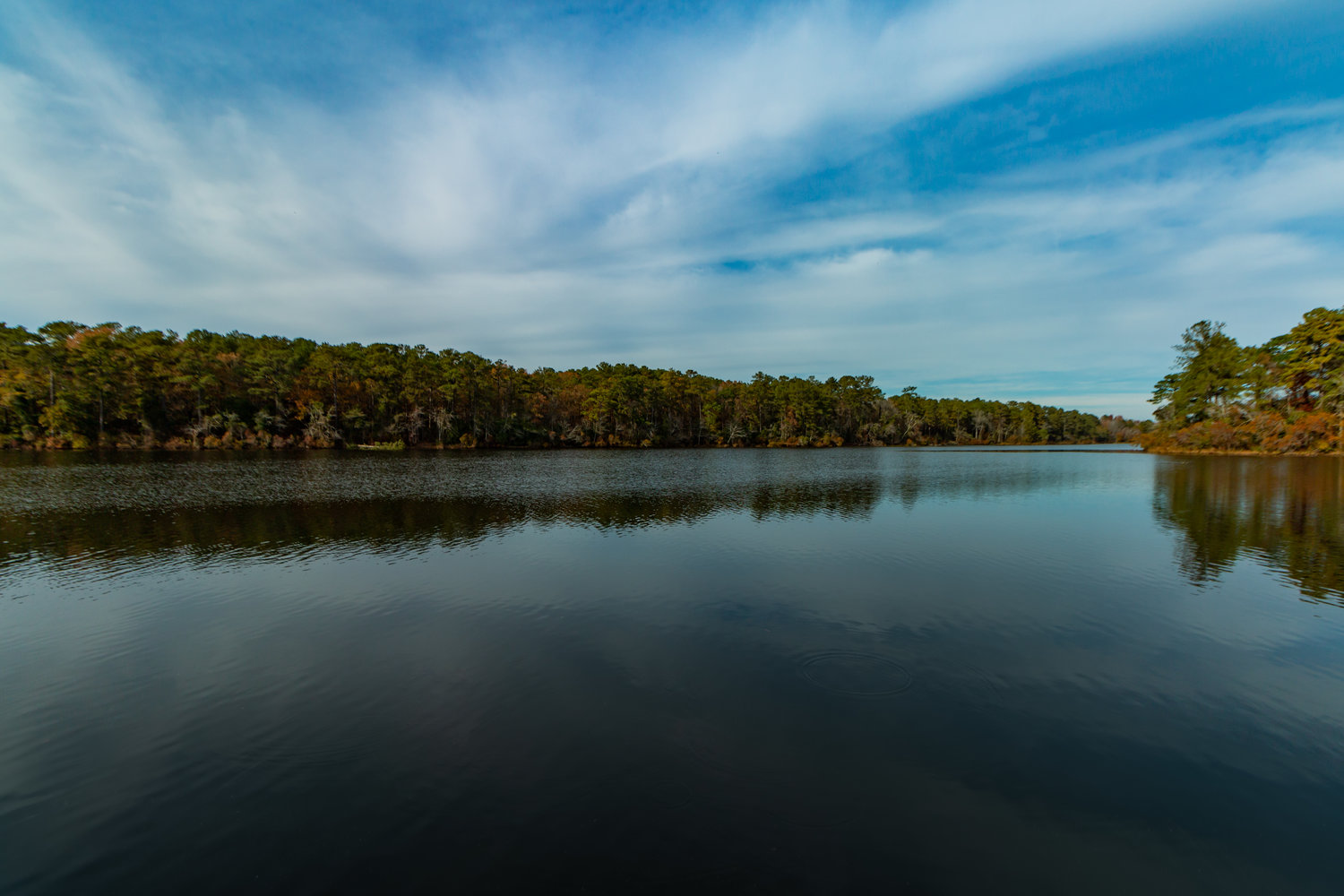 A view of Lake Rim from the fishing pier.
Garrett Taylor 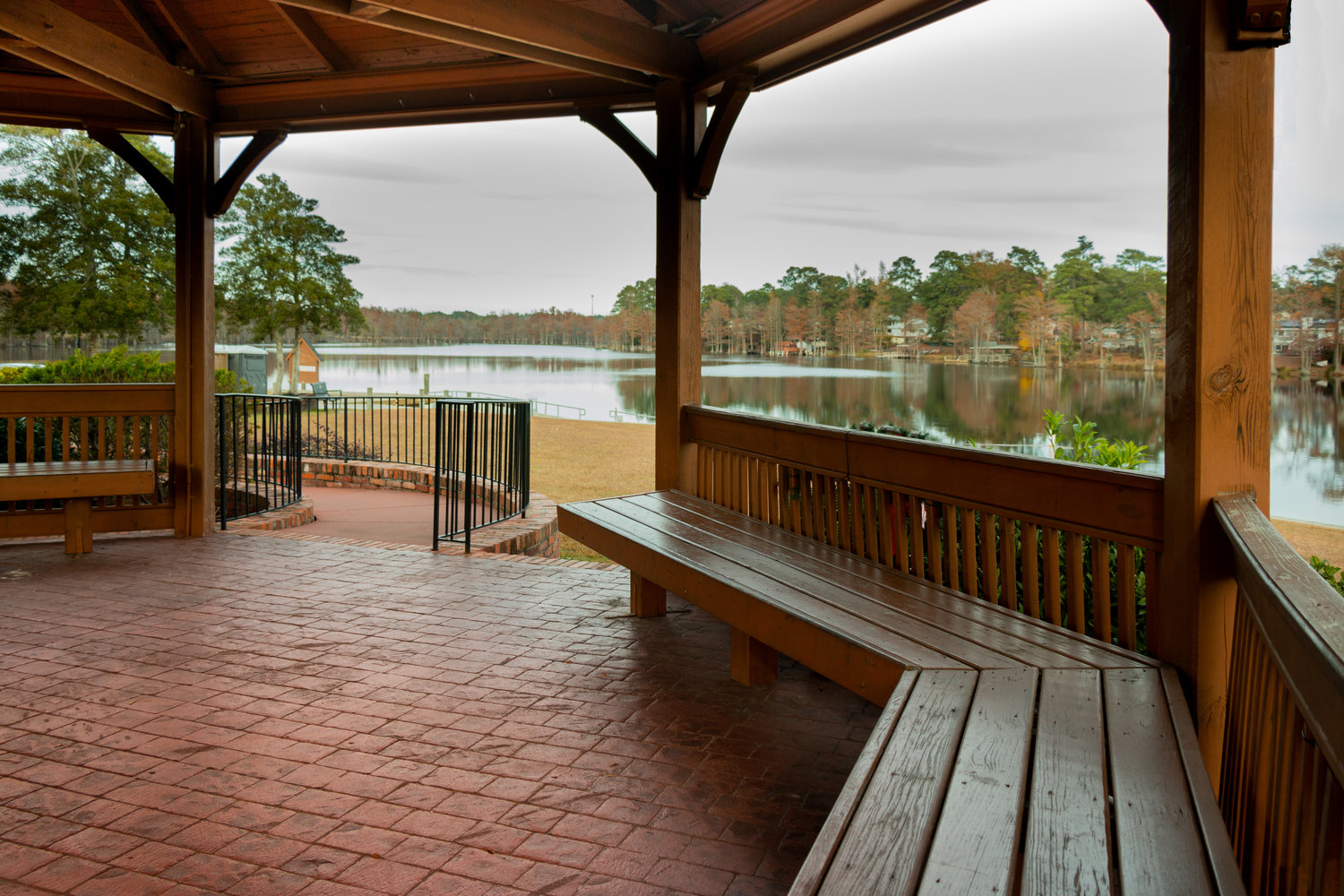 This photo features the Hope Mills gazebo with a view of the lake from inside. The lake was for decades a popular site for skiers, swimmers and sunbathers until its 80-year-old dam failed after torrential rains in 2003. A new dam, built in 2010, also failed, but a second dam, built in 2018, has allowed the fun to return.
Garrett Taylor 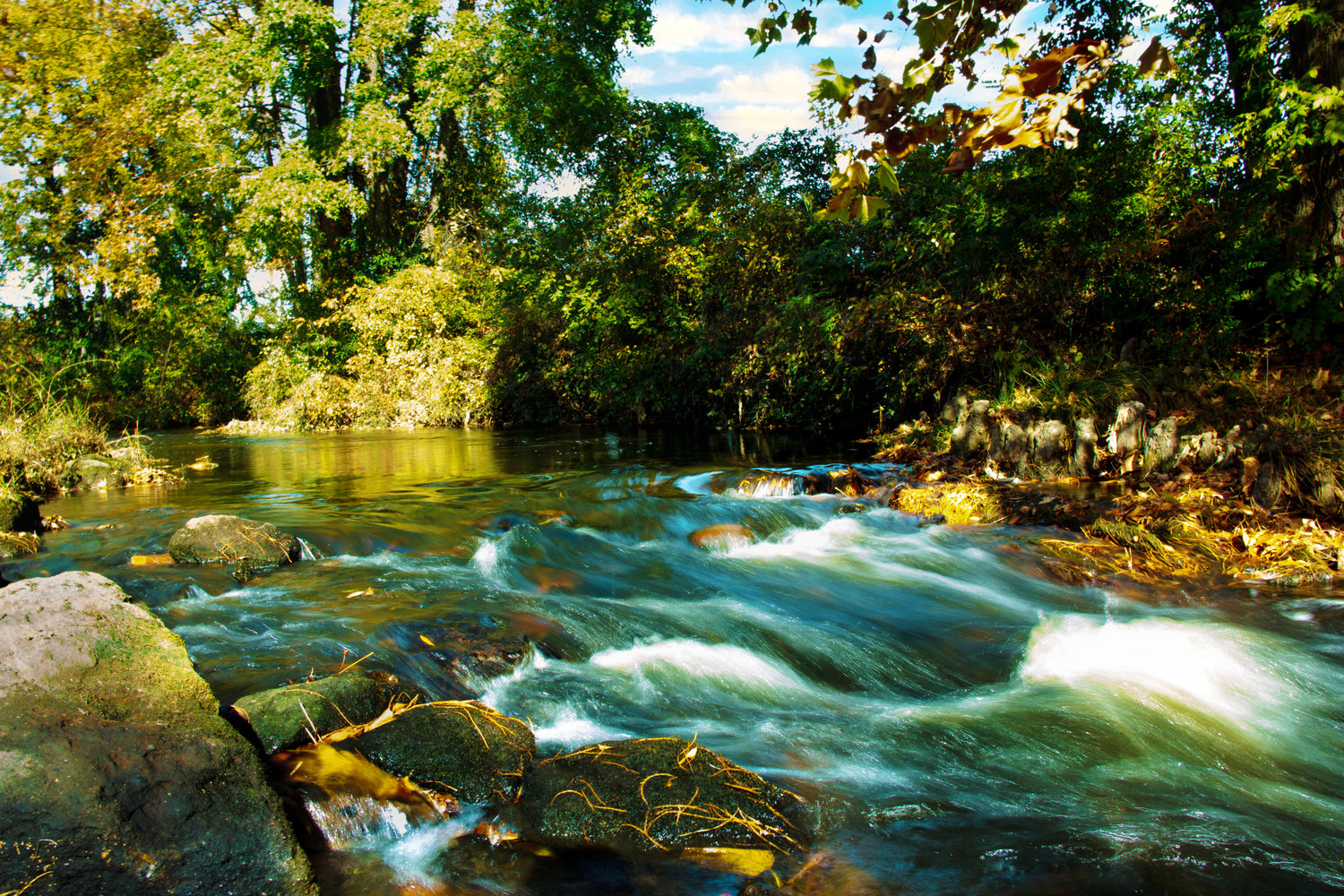 Milton Mazarick surely would be pleased to see the families, tennis players and even disc golfers who make his namesake park a bustling place year-round, but especially in mild weather.

The son of a Greek immigrant, Mazarick became an avid tennis player as an adult and enjoyed regular social matches at Rowan Park with buddies like Tim Newton and Bob Bryan. He had a vision for the plot of wooden land off Bragg Boulevard long before it was cleared to add picnic facilities, playground equipment, walking trails and eight lighted tennis courts.

As chair of the Recreation and Parks Advisory Board, Mazarick was instrumental in encouraging local officials to use the city-owned land to develop a park around the 21-acre Glenville Lake. Two years after his death from the effects of cancer in 1984, the City Council voted to rename then-Glenville Park in his honor. A plaque at Milton E. Mazarick Park proclaimed him “God’s ambassador in tennis shoes.”

“We always knew how much that park meant to him,” said Mazarick’s daughter, Karen Mantzouris.

These days, the park is one of the perfect and somewhat unexpected Fayetteville spots to clear your mind and welcome in the new year. Just off a busy thoroughfare and even when the tennis courts and playgrounds are quiet, the park offers serenity in the form of an easy hike and a breathtaking view off the dock at Glenville Lake.

Here is a peek at Mazarick Park, along with a few other places to find nature’s peaceful celebration with a measure of beauty, tranquility and fresh air.