From schnitzel to spätzle to strudel, Max & Moritz serves the best of German home cooking 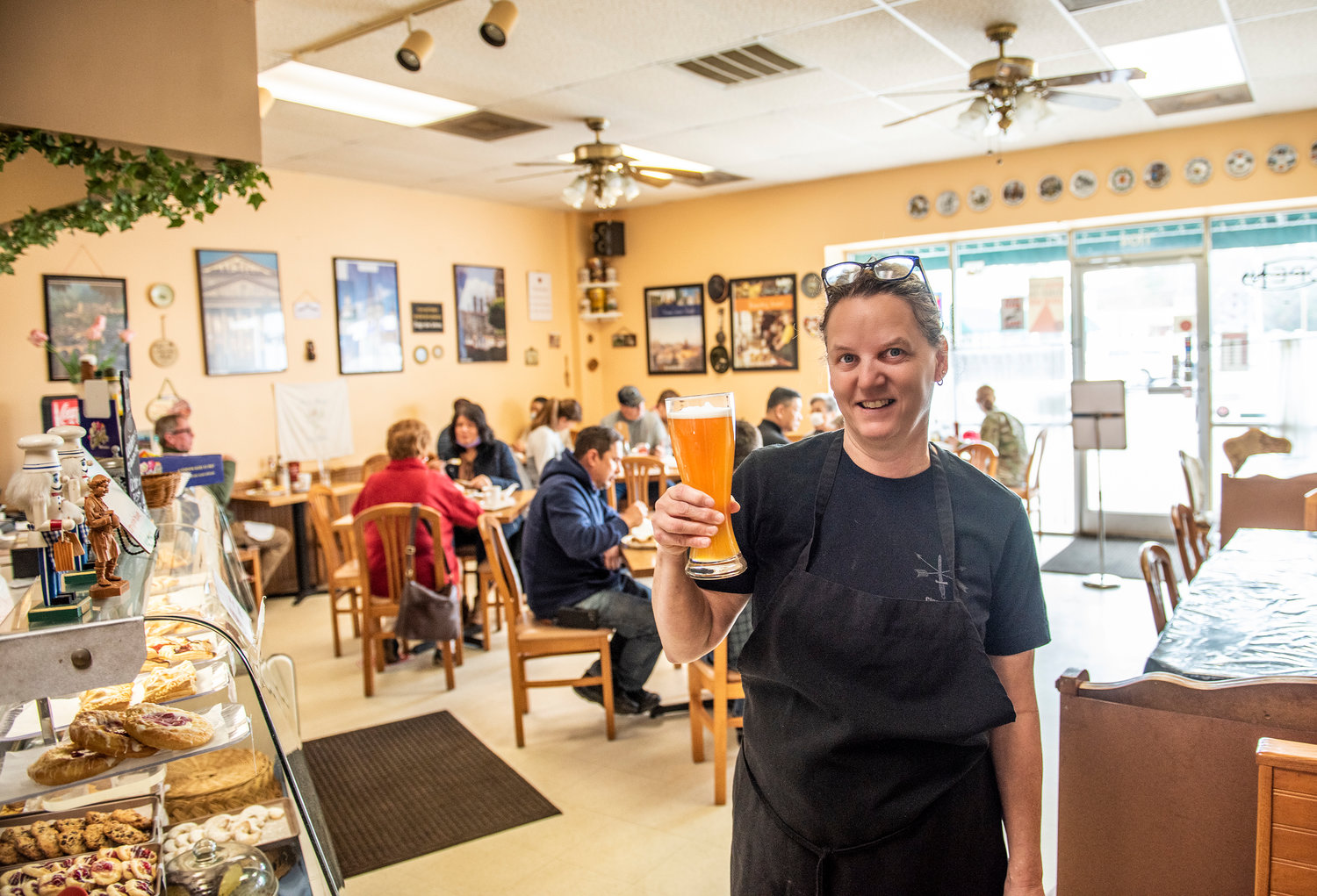 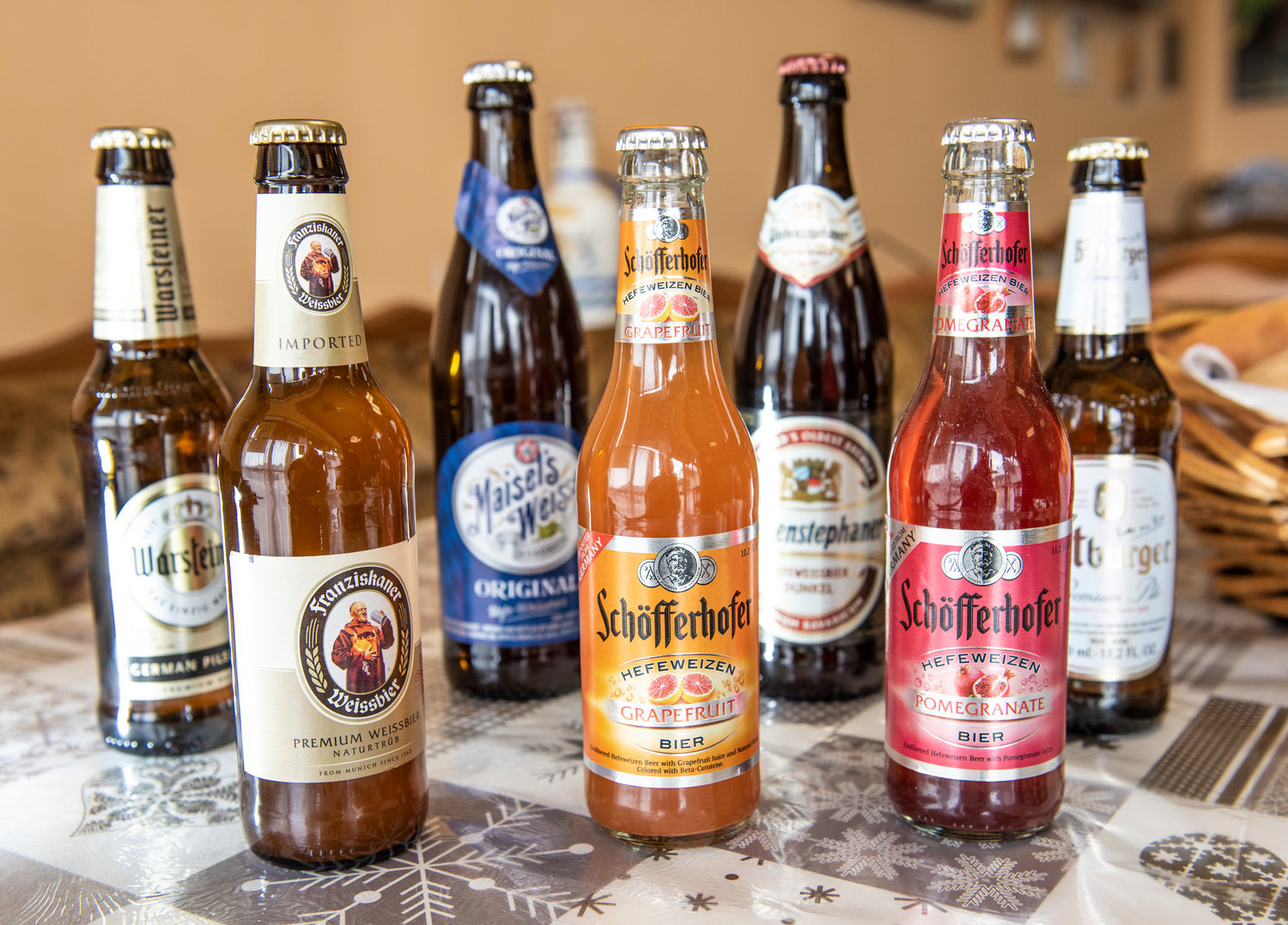 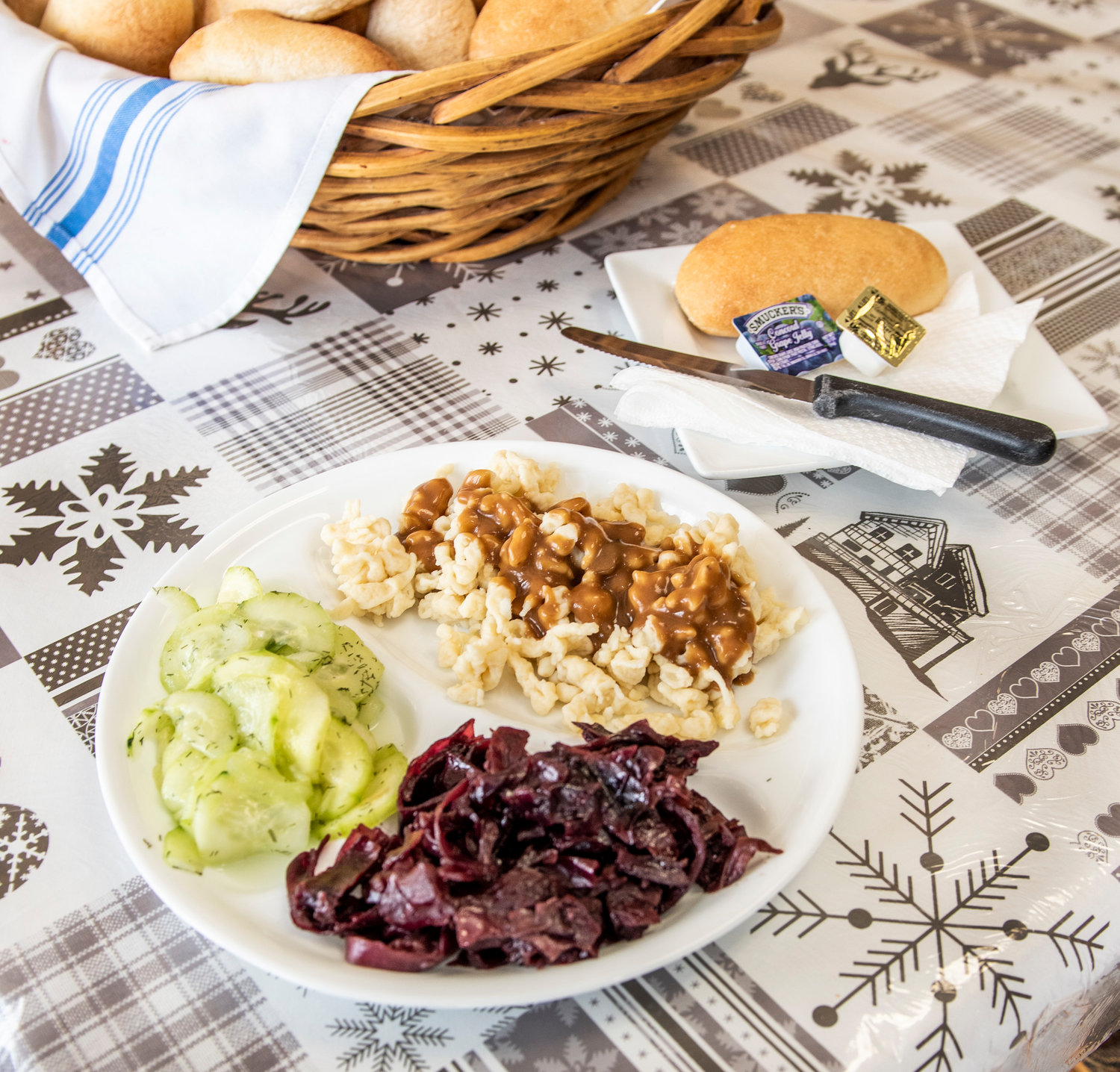 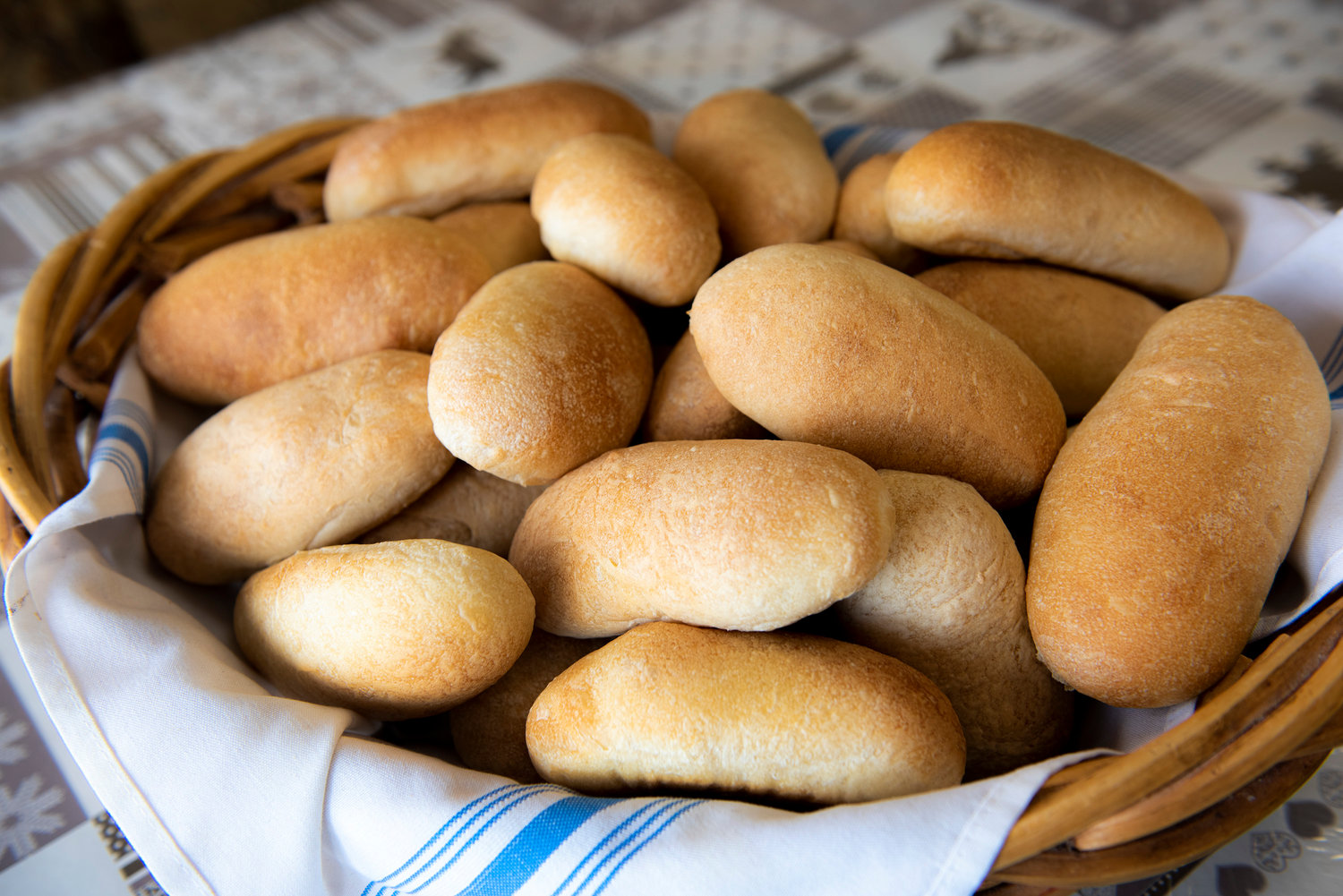 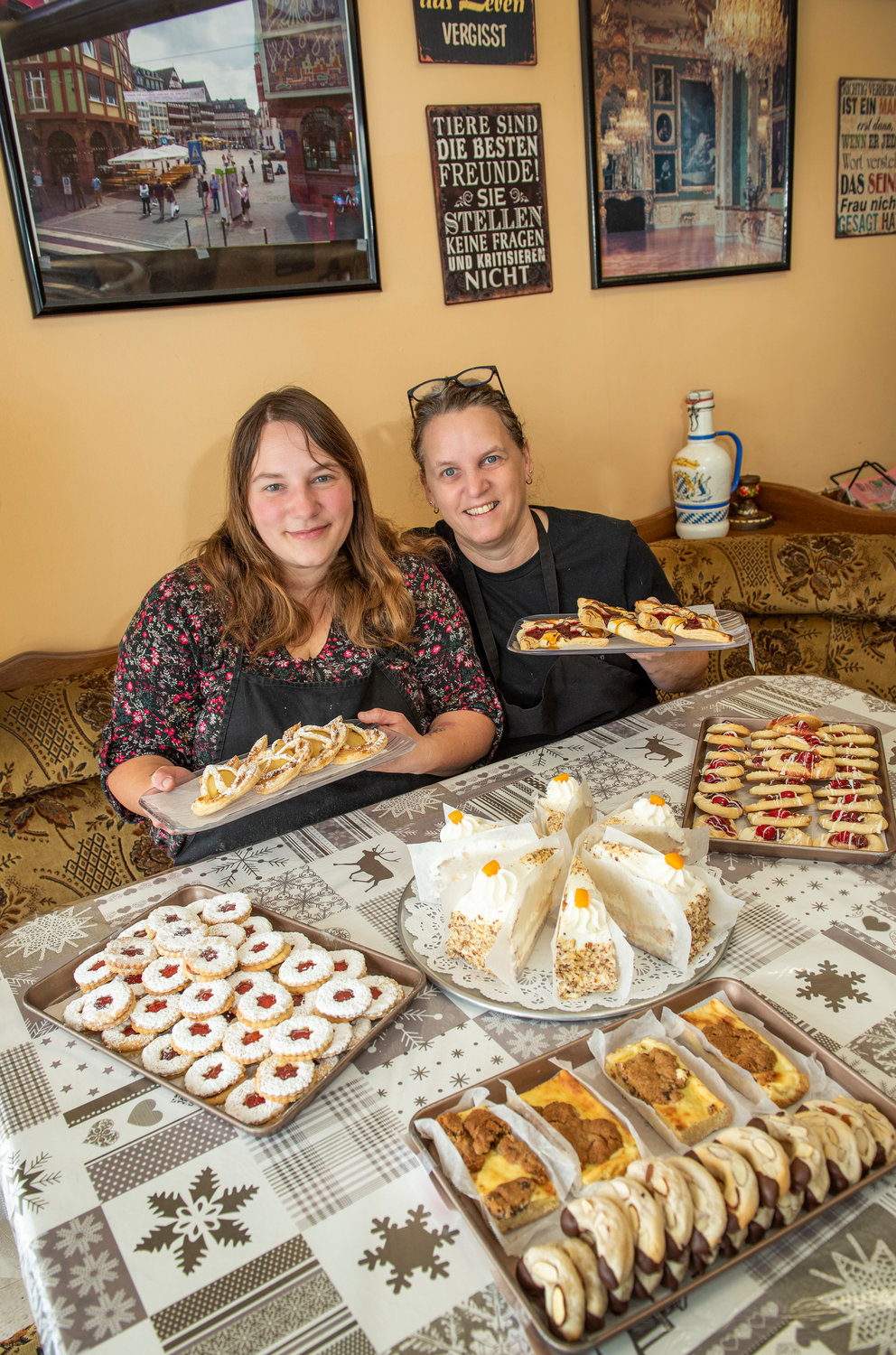 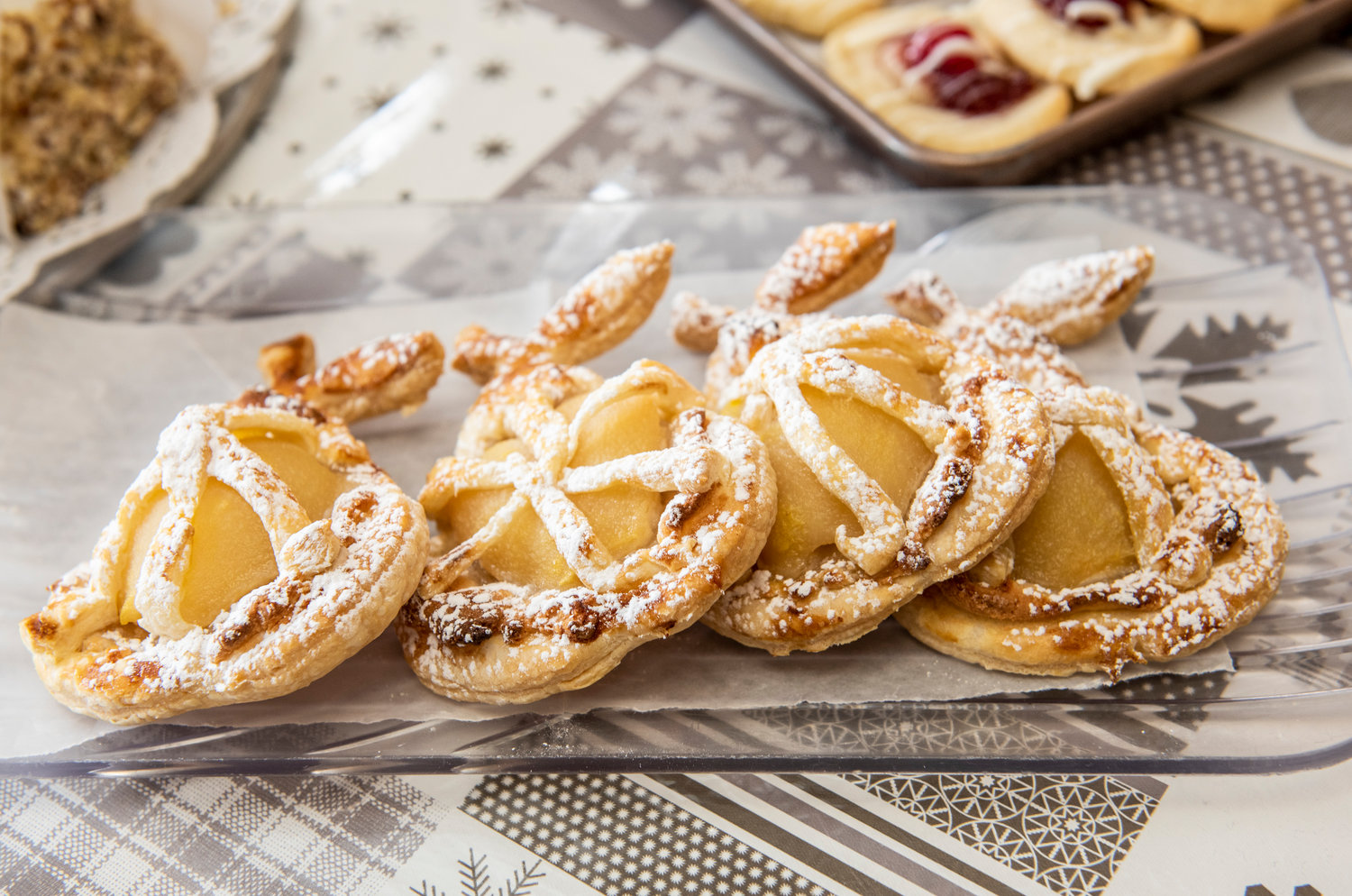 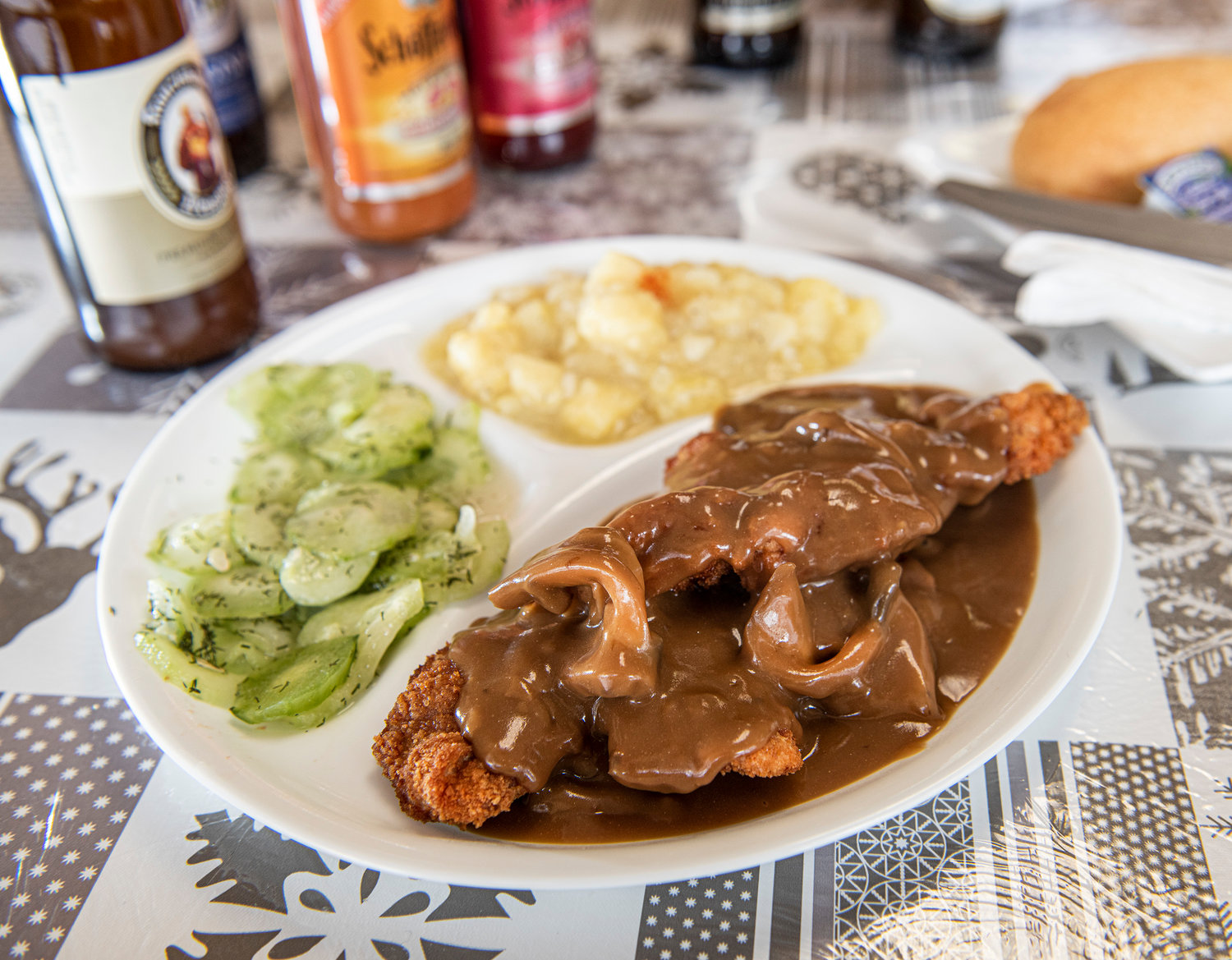 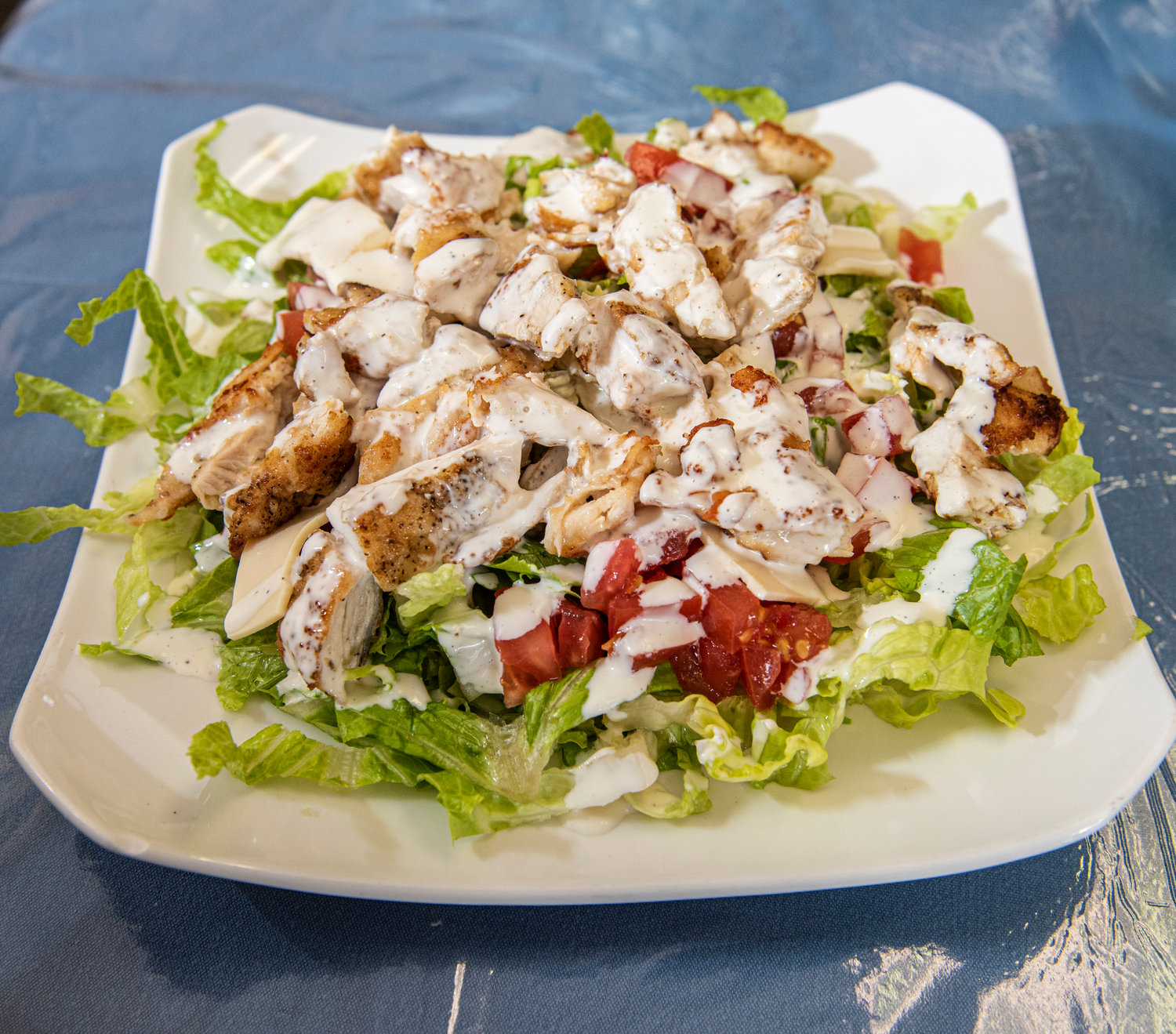 German hospitality is easy to define. Eat and eat some more – and then take food home with you to enjoy later.

But contrary to popular belief, many traditional dishes and even some desserts are not necessarily heavy. For delicious proof, visit Max & Moritz, a longtime German restaurant and bakery in Cliffdale Square, which brings in the appreciative masses for breakfast, lunch and dinner Tuesday through Saturday.

So, how about a chicken schnitzel salad for starters? A chicken breast is pounded perfectly thin, then breaded or not (your choice), and fried to a golden brown. It is cut into bite-size pieces and served over a bed of iceberg lettuce, dotted with bits of tomato and onion, and julienne strips of Swiss cheese, then drizzled with an addictive yogurt-based dressing. It’s light, yet filling. But who can resist a brötchen roll fresh from the oven to go with it? Just add a schmear of butter and bite into bliss.

For those who prefer pork schnitzel, that’s an option, too. Not just in the salad, but as a sandwich or on a plated lunch or dinner. In fact, the most popular menu item is jäegerschnitzel, two breaded or natural pieces of pork loin fried and smothered in mushroom gravy. It’s served with two sides.

Speaking of the sides, the dishes are equally authentic and could easily be combined to make a satisfying meal. Some rave-worthy choices include red cabbage, spätzle noodles, fried potatoes, cucumber salad and potato salad.

Freshness and authenticity are hallmarks at this “come as you are” eatery, which is a must-go for sauerbraten, beef that’s been marinated for 48 hours and offered as a Wednesday special until it runs out.

Rouladen also is king here. Thin slices of beef are filled with bits of bacon, pickle and onion and German mustard, rolled up and cooked so tenderly, you can cut it with a fork.

Bratwurst fans will be pleased, too. Pair the sausage with sauerkraut and brötchen. Then “Prost!” with a German beer as several choices abound. German wines also are available.

Passing the torch
Max & Moritz Restaurant & Bakery is named after a children’s book about two prankster boys and their misadventures. Written and illustrated by Wilhelm Busch in 1865, the book is still popular in German-speaking countries.

Long before Petra (pronounced PAY-truh) Volcy bought the business more than a decade ago, she was a cook there.

A native of Bamberg, Germany, Volcy grew up in the restaurant her mother owned and later worked at other restaurants in Germany. She also honed her skills cooking alongside nuns in the kitchen of an all-girls boarding school.

In 1991, she arrived in Fayetteville/Fort Bragg after marrying a soldier and worked at Baldinos before making the move to Max & Moritz. “Restaurants are my thing,” she says in a German accent that speaks of equal parts delight and efficiency.

Volcy can relate to many homesick transplants who patronize her German memorabilia-filled establishment. She also enjoys feeding military service members and their families who have fond memories of being stationed in Deutschland – as well as those who are discovering German food and hospitality for the first time. And, of course, everyone else who gets hooked and becomes a repeat customer.

“The customers have been very supportive, especially during COVID,” she says, “coming in and making sure we didn’t have to shut down. And my girls, my employees, who have been with me for years … they’re the best.”

We hear her joy when talking about 10 to-go breakfast sandwiches – bacon, egg and cheese on brötchen – for the folks at a nearby car dealership. “They’re good customers,” she says, smiling.

The brötchen were made with love that morning by Nadine Dobeneck, who arrives at the crack of dawn to prepare select goods for the day. Dobeneck is the longtime head baker – and Volcy’s daughter.

Before the first customer walks in the door, the filled bakery cases tell the story: perfectly aligned rows of apple strudel, linzer cookies, slices of German cheesecake, a regal Black Forest torte, and so much more.

Over the past several years, Volcy has shared all of her recipes with Dobeneck and taught her how to prepare the main courses as well. They both knew the day would arrive when the mother would pass the torch to her daughter. And now it is almost here.

Volcy admits that, after a lifetime of working in restaurants, she could use a break. Florida is calling. Destin, to be exact. Unlike other times when her Special Forces husband was stationed there, and she stayed behind to run the restaurant, Volcy will be relocating in April. She has every confidence that Dobeneck will take the torch and run with it.