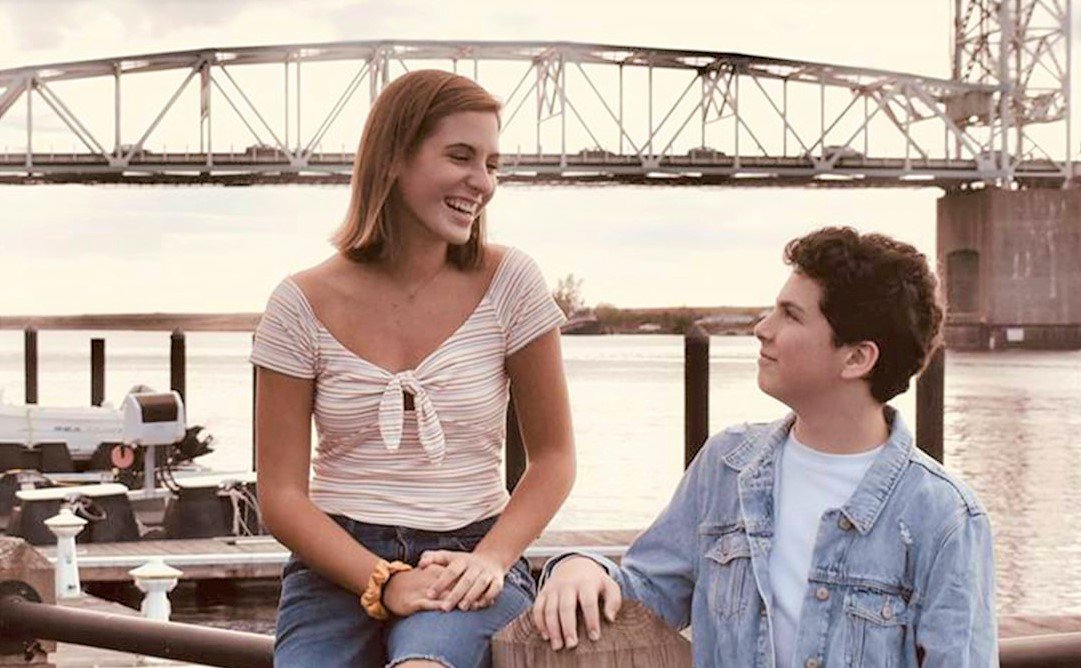 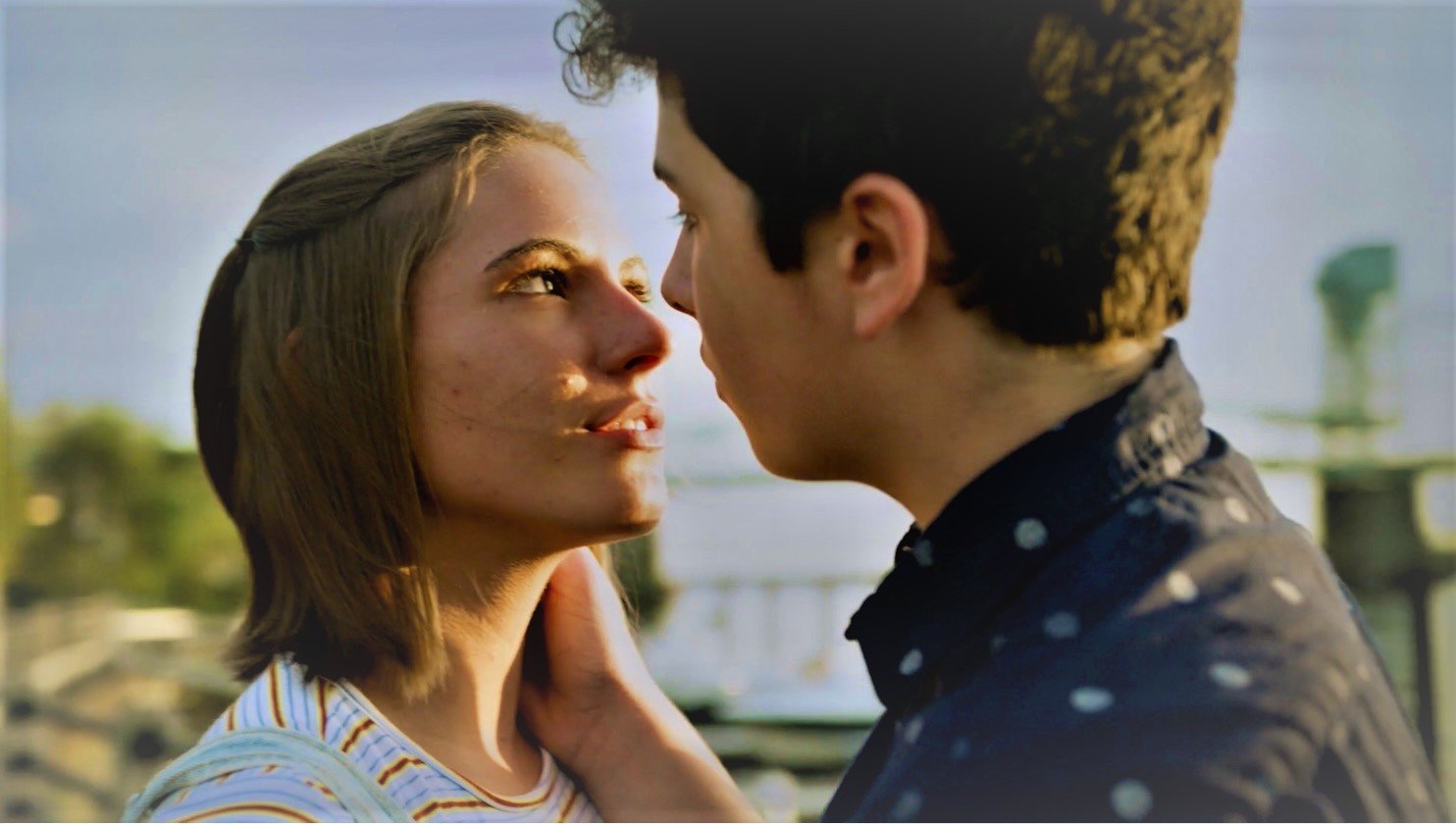 Jessi Hoadley and Jakob Gruntfest star as a couple who are reunited after years apart in "Remember Yesterday," a movie filmed in Wilmington by actor-director J.R. Rodriguez of Wilmington.
Contributed photo 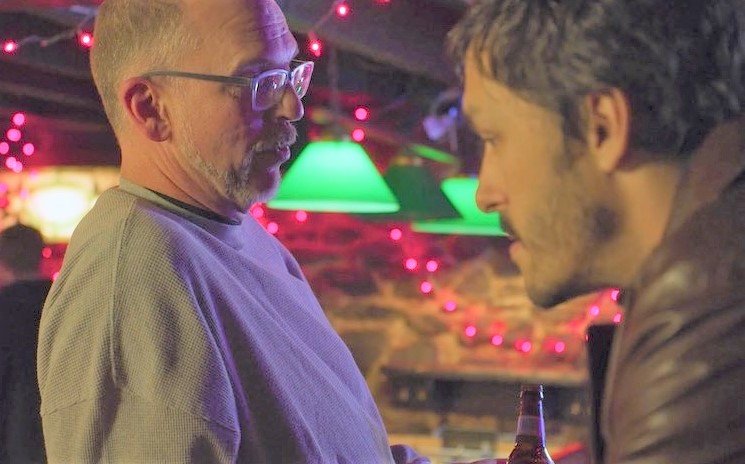 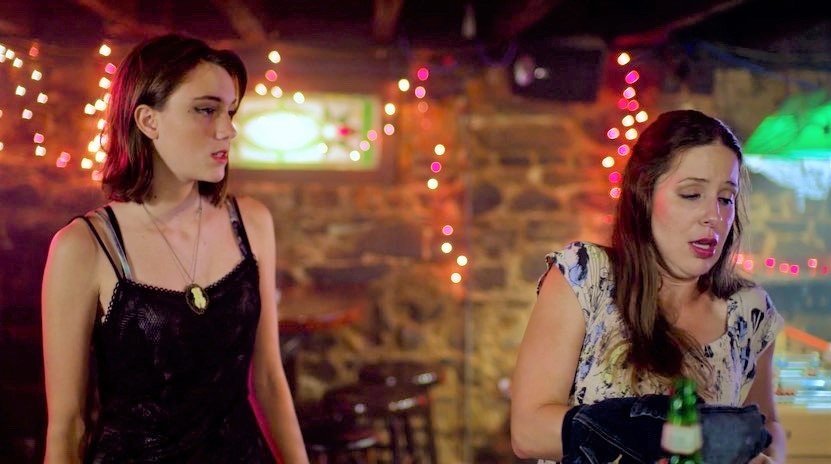 The romance film, directed by Wilmington actor J.R. Rodriguez, a veteran of Cape Fear Regional Theater, will be screened at Cameo Art House Theatre in Fayetteville. Some members of the cast and crew will be on hand to discuss the film with the audience.

J.R. Rodriguez was, literally, the oldest cat on the stage, and he was struck by the conversations he overheard among his younger castmates.

He was playing Gus, the Theatre Cat, in a production of the Broadway musical “Cats” at Temple Theatre in Sanford.

“I was, by a lot, the oldest guy in the company,” says Rodriguez, who lives in Wilmington. “We had folks from North Carolina and New York, and I was hearing these incredibly beautiful people talk about the ups and downs of their relationships, whether right down the street or miles away.”

That’s when Rodriguez, who is familiar to audiences at Cape Fear Regional Theatre in Fayetteville, had the idea for a film.

The result is “Remember Yesterday,” a movie he directed that was recently an award winner at a film festival in Italy. The film will be screened Aug. 16 at Cameo Art House Theatre in downtown Fayetteville. Some members of the cast and crew will be on hand to discuss their work with the audience.

“I’ve been single forever, but I wanted to see if I could place these young people in my age bracket and see how their story would play out with folks my age,” says Rodriguez, 55. “It evolved into a central love story.”

Watch the trailer of "Remember Yesterday"

“Remember Yesterday” is the story of Jenny Hill-Devlin, a successful diner owner who recently separated from her husband, an alcoholic and a cheat. Then John Raymond, a man from her past, resurfaces, presenting Jenny with new choices on her way forward.

“With Jenny and John, we see two people who want the same thing but can’t find their way there,” Rodriguez says. “Until they see each other for who they are as opposed to who they were. Then life begins, but they’re living in the past.

Rodriguez says the film “takes us on a journey we all would like to take — remembering the sweeter things in life and having the chance to do it all again.”

“I hope couples, as they get a little longer into a relationship, can see each other for who they are becoming. The future can be scary, but it can also be really fun.”

“Remember Yesterday” was filmed in Wilmington. Its cast, Rodriguez says, is all “local talent.” Jana Allen and Adrian Monte star as the up-and-down couple.

“I honestly believe I’m a mix of Jenny and John,” says Rodriguez. “But they're a little more aware than me. I live life with blinders, I think. They live life with eyes wide open.”

Cape Fear Regional Theatre fans might recognize Rodriguez from recent productions of “Clue,” “Shrek: The Musical” and “The Wizard of Oz.” Years earlier, he worked with founding Artistic Director Bo Thorp on Shakespeare plays, several musicals and, in one of his favorite shows, the courtroom drama “To Kill a Mockingbird” — “although I played the bad guy.”

For Temple Theatre, in addition to “Cats,” he was in “Annie” as Daddy Warbucks.

“Remember Yesterday” was a winner at this year’s Florence Romance International Film Festival. Rodriguez had never been to Italy and was excited to present his film there.

“I want the world to see it, so having folks in the business see it seemed like the right thing,” he says.

But he did not get the chance to see the festival audience’s reactions. The screening was switched to the first day of the festival, and Rodriguez was on a plane to Italy at the time. A friend who was in Italy represented the film at the festival and told him she was struck by how much the audience loved it.

“I think the hometown feel is what speaks to folks,” Rodriguez says. “At the end of the day, we're all from a small town. Typically, if you dig deep enough, someone from New York, when you ask them where they are from, they’ll say Prospect Point or the Lower East Side or Morningside or Astoria. You see? A small town.”

In the United States, the film has been shown in Wilmington and Charlotte. Rodriguez is negotiating to schedule screenings in Winston-Salem and Boone, and he hopes to add dates in Raleigh, Chapel Hill, and Charleston, South Carolina, among other cities.

“And we'd like to get a streaming deal,” he says. “We are searching for sales agents now, and, fingers crossed, we can spread to the world.”

Meanwhile, Rodriguez is at work on his latest project, “a piece that has become very important to me,” he says.

North Carolina, particularly the southeast part of the state, has a serious problem with human trafficking, he says. His narrative is a story about how that issue affects a small town.

“The misconception is that human trafficking is a big-city problem,” he says “I want to show what happens in a small town and how they deal with this issue. … We have to do more about this. It gets overlooked or ignored at an alarming rate.”