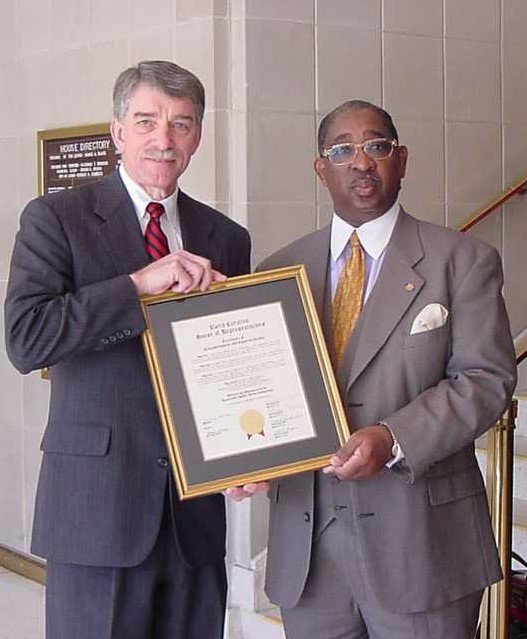 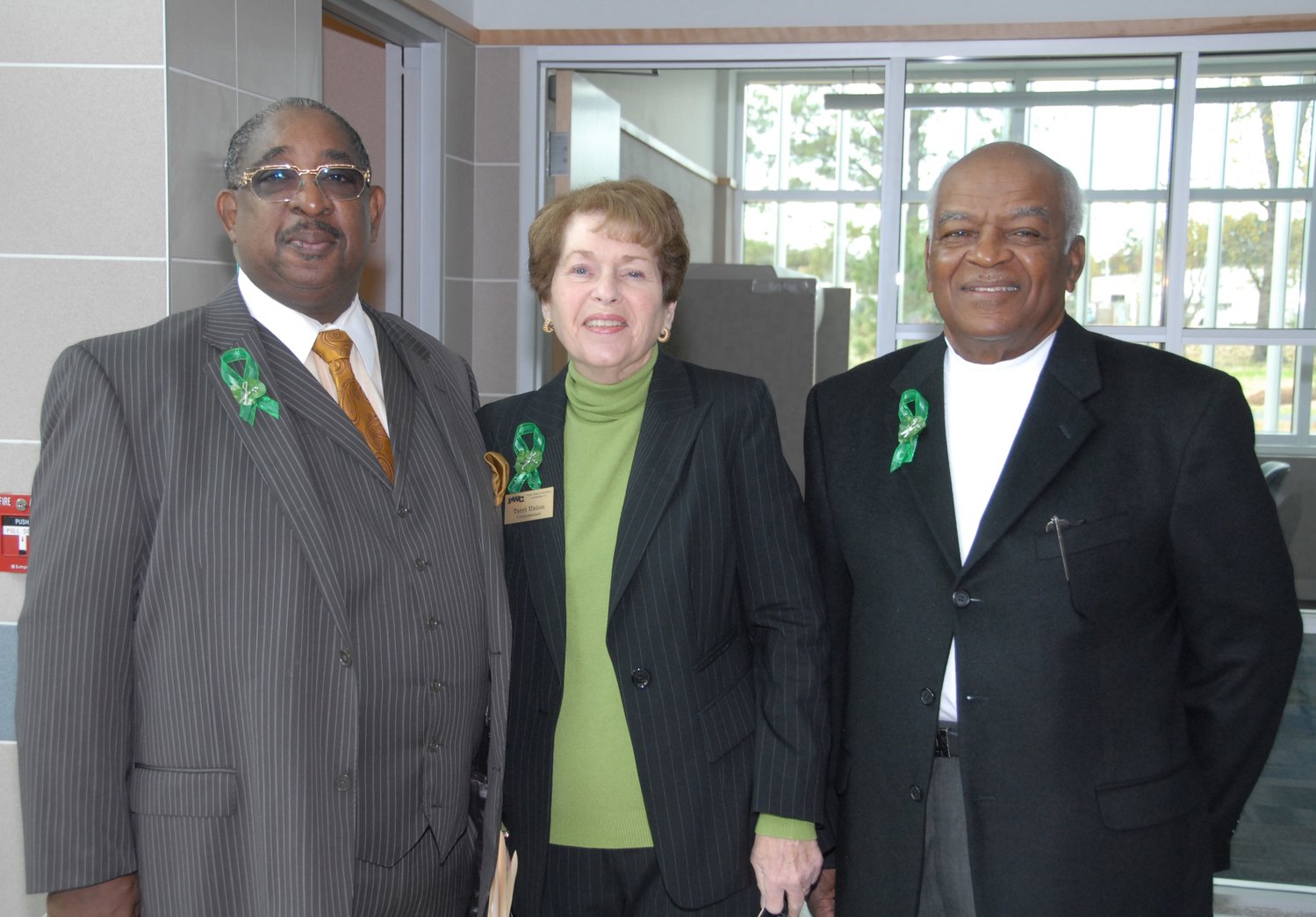 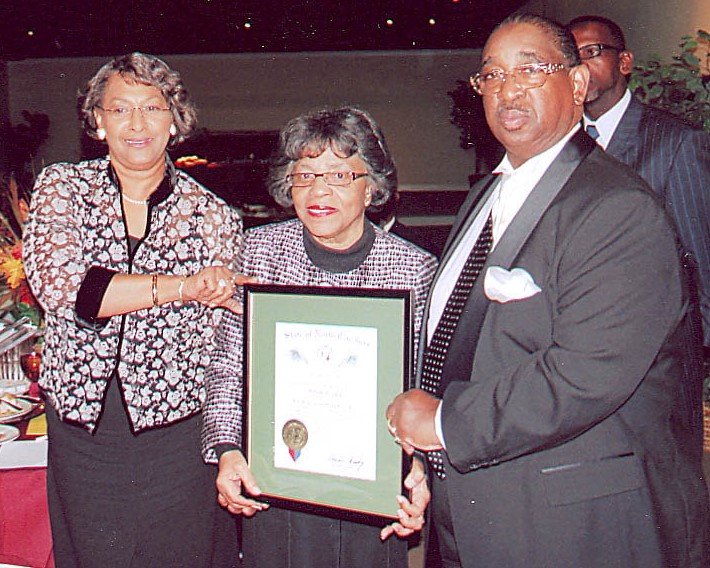 Community leaders are remembering the late Wilson Lacy for his longtime county and city service, including time with Cumberland County Schools and his three terms as chairman of the Fayetteville Public Works Commission.

"Former PWC Commissioner Wilson Lacy was the epitome of a community person who cared about the quality of life for Cumberland County residents,” said Evelyn Shaw, chairwoman of the Fayetteville PWC board. “He considered himself every person's neighbor. Moreover, he welcomed the opportunity to champion small, local businesses. His caring ways and people skills were evident in each interaction. It is my hope that legacy-makers, like him, will be well remembered."

Board members Wednesday morning took time for a moment of silence before a PWC board meeting.

“My last conversation with Mr. Lacy was just a few weeks ago when we had a water emergency on Labor Day weekend,” said Carolyn Justice-Hinson, a spokeswoman for the utility. “He had received an inquiry from an upset customer that was impacted and he reached out to me for information so he could share an update with them. He could have easily told them he hadn't been on the board in almost 10 years and referred them somewhere else, but he took the time to help them.”

Mr. Lacy retired from Cumberland County Schools as executive director of operations in charge of building and grounds.

"I had the opportunity to work with Mr. Lacy in his role with the school system as well as a PWC commissioner,” said Mick Noland, the interim chief executive officer and general manager of the utility. “He was always a gentleman, knew what was going on in the community and was committed to collaboratively working out solutions to the many challenges that arose in the course of conducting business. He always had in mind serving the best interests of the students and PWC customers.”

“We are saddened by the passing of Dr. Wilson Lacy,” Cumberland County Schools Superintendent Marvin Connelly Jr. and Greg West, chairman of the school board, said in a joint statement. “Dr. Lacy’s notable contributions to the school system helped provide students with an exceptional learning environment to achieve success in school and in life.

“In addition to his contributions to the school system, Dr. Lacy invested much of his time and resources for the betterment of our community. He will certainly be missed. Heartfelt condolences are extended to his family and loved ones on behalf of the Cumberland County Board of Education and Cumberland County Schools.”

Born in Bladen County, Mr. Lacy served in the Army National Guard and graduated from his beloved Shaw University in Raleigh, where he remained an ardent supporter of the Shaw University Alumni Association and fundraising for student scholarships.

Mr. Lacy’s death has resonated throughout the city.

“Dr. Wilson Lacy was a true servant leader who worked tirelessly to improve the quality of life for his family and this community,” Mayor Mitch Colvin said. “This is a tremendous loss and he will indeed be missed by all who knew this giant of a man.”

Mayor Pro Tem Johnny Dawkins said Mr. Lacy was a friend to his mayoral father, and later to him. And if Mr. Lacy made a promise, he kept it.

“Dr. Lacy was a man of his word,” Dawkins said. “His wit and wisdom will be missed.”

“Wilson Lacy will truly be missed by this community,” said Adams, chairman of the Cumberland County Board of Commissioners. “His advocacy for the Martin Luther King Park goes beyond imagination. He truly kept the dream alive, and it’s important that we fulfill his desire to make sure that that park comes to fruition. Wilson was also strong on education as he was a staunch supporter of Shaw University. He never forgot his alma mater, and that is what we should all desire to have to make sure our alma mater is strong. It goes without saying about his time on PWC. He was a strong advocate for the city and for this community. Wilson Lacy’s legacy is one that we should all aspire to follow.”

An evening of honor

Former mayor Tony Chavonne developed a close relationship with Mr. Lacy and recalled being honored to speak about him at an MLK Committee banquet several years ago.

“To really speak about a person, we have to look deeper than what a person calls himself or what he wears,” Chavonne said at the banquet honoring Mr. Lacy. “We have to see where he comes from. We have to look at how he was raised. We have to look into his heart. That is where you find the true test of a man.”

Chavonne, now publisher of CityView Media, told the audience about Mr. Lacy’s willingness to work with all as one in the community, and how Mr. Lacy agreed to serve as co-chairman of the Greater Fayetteville Futures that “helped make that effort successful and helped result in significant improvements in this community over the past six years.”

A Celebration of Life is scheduled for Thursday from 4 to 6 p.m. at the Cape Fear Conference B Headquarters, 10225 Fayetteville Road, in Raeford. A homecoming service is scheduled for 3 p.m. Friday at First Baptist Church, 521 Martin Luther King Jr. Drive, in Bladenboro.

Mr. Lacy will be buried at Brooklyn Memorial Gardens. He is survived by his wife, Claretha Lewis Lacy; daughters, Deana McQuitty of Greensboro, Cleopatrice Robinson of Raleigh and Felicia Evans Long of Rockville, Maryland; a brother, the Rev. Cleopatrick Lacy of Griffin, Georgia; and three grandchildren.