Bill Kirby Jr.: ‘I miss him so,’ a daughter remembers family patriarch

Donald Hinton died May 18 knowing how much he was loved and how much he meant to his family. 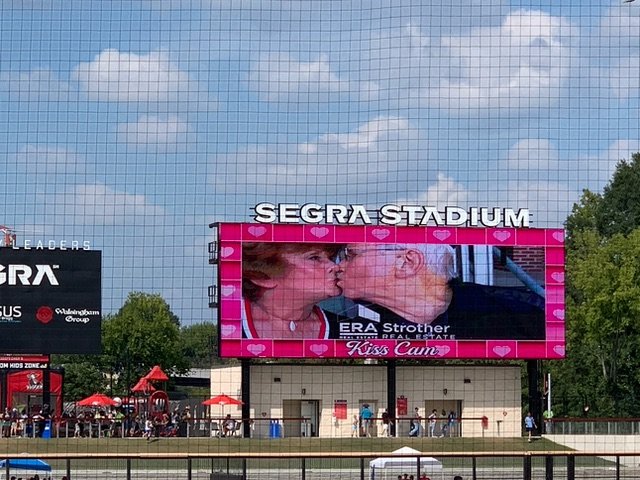 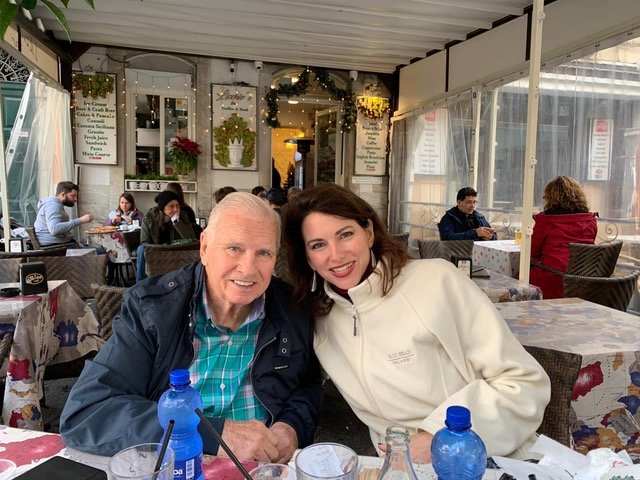 Don Hinton and daughter Sharon Hinton Smith enjoyed being together for lunches. In this photograph, the two were having a Christmas lunch in 2019 at Naval Air Station Sigonella in Sicily, Italy.
Contributed photo
By Bill Kirby Jr. | Columnist

This Father’s Day will be unlike others for Sharon Hinton Smith and her sisters Pamela Ainsworth and Deborah Pierson.

Their hearts will be heavy.

He was 81, and the family patriarch with kind and gentle ways.

“I am so blessed that I was able to spend the last night with Dad at the hospital,” Smith says. “Even though he was not able to speak, I was told he could hear. I was blessed to be able to sing to him, pray with him, read Scriptures about the eternal promises of heaven and also tell him everything I could think to tell him about my love for him and all that he has meant to me and to the world. I am so thankful to the Lord for this.”

If a picture is worth a thousand words, as we often hear, a photograph of Smith with her father says it all.

First row of the back section

Donald Hinton was born March 16, 1941, in Johnston County to the late Bonnie Coy Hinton and Lola Temple Hinton. And suffice it to say he was born with a green thumb, which was evidenced in the “beautiful paradise” of blooming plants and flowers at the home he shared with Carol Marie Hinton, who was the love of his life for 63 years.

If a picture is worth a thousand words, as we often hear, a photograph of Don and Marie Hinton says it all — particularly when the two were caught on the Kiss Cam between innings at Segra Stadium during a Fayetteville Woodpeckers baseball game.

Hinton loved the baseball games and attending football and basketball games of his beloved N.C. State. All of the neighbors knew of his allegiance by the Wolfpack Lane sign by the driveway. He also loved 18 holes with his golfing buddies.

Hinton was a good provider, working 30 years with International Trucks as its parts manager. After retirement, he worked in real estate sales. And something else you should know is that Hinton was a man of uncompromising faith at Village Baptist Church on McPherson Church Road, where he praised his Lord and savior every Sunday from his place on the first row of the back section in the sanctuary.

‘When I see his photo’

Smith sees her father in her mind’s eye, and this day all the more.

“My mind can’t wrap itself around the fact that he is not in this world,” she was saying just a few weeks ago. “When I see his photo, my mind tells me that I can still call him to see if he wants to go shop for flowers or go to lunch. My car speed dial screen displays ‘Dad Hinton,’ but when I push his name, he won’t be at the other end of the line to answer.”

Smith knows she is not the only daughter or son missing a father this day.

“I’m simply saying death is hard,” says this woman, who stood so strong by her late husband’s side before cancer took the life of Doug Smith not that many years ago. “And, of course, it is. We were never made for death until sin entered the world. No wonder it’s so heavy and hard.”

She’s thinking of her father this day and his tender and caring ways for her mother, sisters and grandchildren. There wasn’t much Hinton couldn’t do, from fixing the leaky water faucet to the ceiling fan that wouldn’t turn. He was just always there for his family.

But like her father, Smith is a woman of unbridled faith.

“I can truly say that in the middle of the grief, I have complete peace,” she says. “I know with 100% certainty that I will see my dad again. His last few words were that he wanted to go ‘home.’ He wanted to go to ‘heaven.’ He knew Jesus as his savior and Lord. And the promise of Jesus is eternal life for all who believe in him. So in the moments that my tears well up and my heart saddens, I look up. I look up and I sing a song of praise. Fixing my eyes on the sky soothes my soul, and praising God draws us closer together. In the middle of this pain, it is well with my soul.”

I didn’t know Don Hinton. I wish I had known him. And I can’t mend a broken heart. All I know is that the love for a father or a mother is just as close as the beat of your heart.

And if a picture is worth a thousand words, the photograph of Sharon Hinton Smith with her father says it all about the love she and her sisters had for Donald Hinton, who always will be a father to forever cherish.