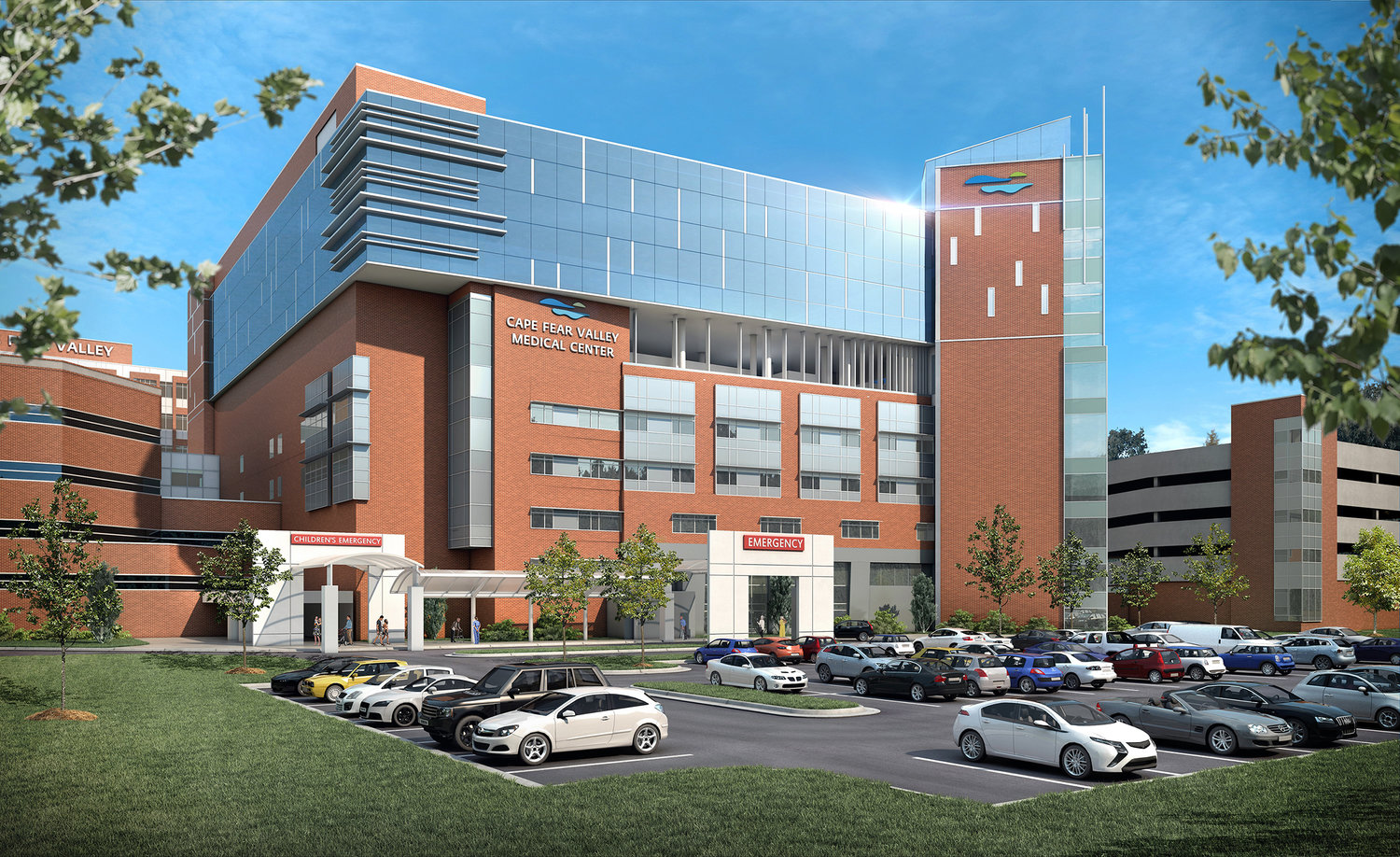 An artist’s rendering of the proposed $110 million expansion to Cape Fear Valley Medical Center that will add 100 beds. Motorists traveling near the hospital and visitors to the campus may see a few disruptions over the next few months related to the project, health system officials say.
Source: Cape Fear Valley Health System
Posted Thursday, September 15, 2022 5:58 pm
A staff report

Motorists traveling near Cape Fear Valley Medical Center and visitors to the campus may see a few disruptions over the next few months as construction begins on a $110 million hospital expansion project.

The health system announced the expansion in March. Completion is scheduled for fall 2024.

CEO Mike Nagowski estimated that the expansion, when completed, will create an additional 187 full-time equivalent positions at the medical center.

“We recognized that we need this expansion to meet the growing needs of our community, and to provide meaningful assistance to reduce delays in our Emergency Department,” Nagowski said in the release.

Drivers, pedestrians and visitors will notice some disruptions and changes over the next three months, the health system said. Those changes are primarily restricted to the northeast corner of the hospital campus, from the main entrance driveway on Owen Drive to the intersection with Village Drive and down Village drive to just past the Emergency Department’s entrance and parking lot, the release said.

The Emergency Department entrance will remain open throughout, as will ambulance access from Village Drive, the release said.

Plans call for a new concrete bus stop pad to be installed on Village Drive, farther away from the construction activity. The section of the Emergency Department parking lot closest to the corner will be closed until Sept. 30, 2024, as well as the roadway between the parking lot and the ambulance bay entrance, the release said.

In November, the main driveway will temporarily close for one weekend so the first of two tower cranes can be installed, the release said. That closure is tentatively scheduled for Nov. 19-20.

“This construction is really going to benefit our community in the long run, and we know it will be worth the inconveniences it might cause for a few months,” Nagowski said. “We hope our visitors will be understanding and patient while we begin this expansion.”

Plans call for building two new floors on top of the existing Valley Pavilion section of the medical center.

The project also calls for two rooftop helipads, which will allow patients to be taken by elevator directly into the Emergency Department, the release said.

This is the first major expansion to the main campus’ central building since 2008 when the five-story Valley Pavilion opened, the health system said in the release.