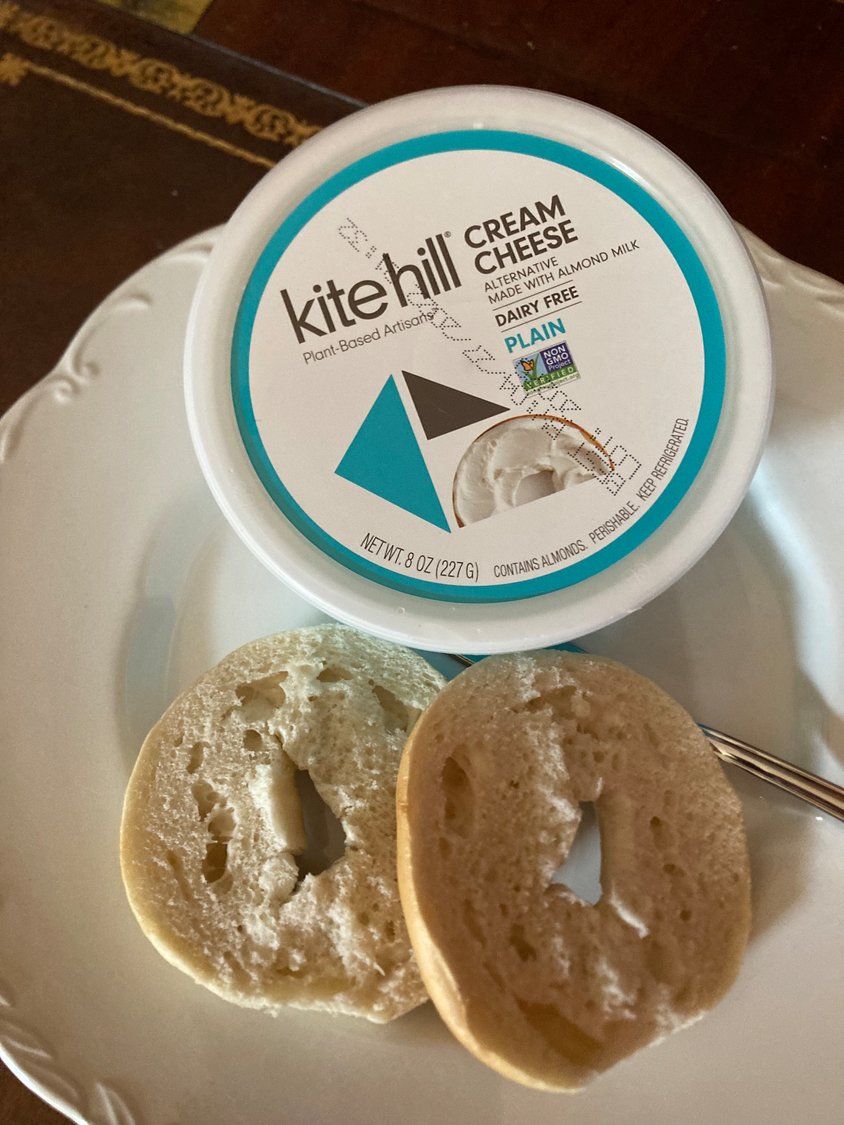 For those who can't find cream cheese on store shelves, vegan options are tasty.
Posted Wednesday, February 23, 2022 1:00 am
By Kim Hasty

I always like to add a block of cream cheese with the customary shredded cheddar to the basic white sauce when I make macaroni and cheese.

Most recently, however, there wasn’t a single block of cream cheese to be found on the grocery store shelf.

No worries. There were a couple of tubs of Kite Hill plant-based cream cheese left. A generous dollop worked just fine as a substitute for the requisite creaminess.

He added that you can even make a cheesecake with it.

Until the shelves are stocked again – and maybe even afterward – we found a recipe for a cheesecake that uses containers of readily available vegan cream cheese.

Directions
Place the gingerbread biscuits in a blender until they form a powder. Add in the butter and the salt and blend until combined.
Place in six individual greased muffin tins and smooth over the base with the back of a spoon. Place in the fridge to set.
Meanwhile, in a small pot on low heat dissolve the agar-agar in the coconut milk, whisking constantly. Once it comes to a boil, remove from heat and set aside.
In a large bowl, mix the rest of the ingredients and slowly pour over the warm coconut milk, whisking until combined and creamy. Divide evenly among the muffin tins and place in the fridge for four hours.
In a small bowl, combine 3 ounces pomegranate juice with the cornstarch. Place the rest of the juice in a small pot and bring to a boil for five minutes. Pour in the cornstarch and pomegranate mixture and whisk for a further five minutes, until a syrup starts to form. Allow to cool.
When the cheesecakes have set, remove from the tins and serve on plates. Pour the pomegranate syrup on top and sprinkle with pomegranate seeds.