Democrats Jones, Faircloth win seats on Cumberland board of commissioners 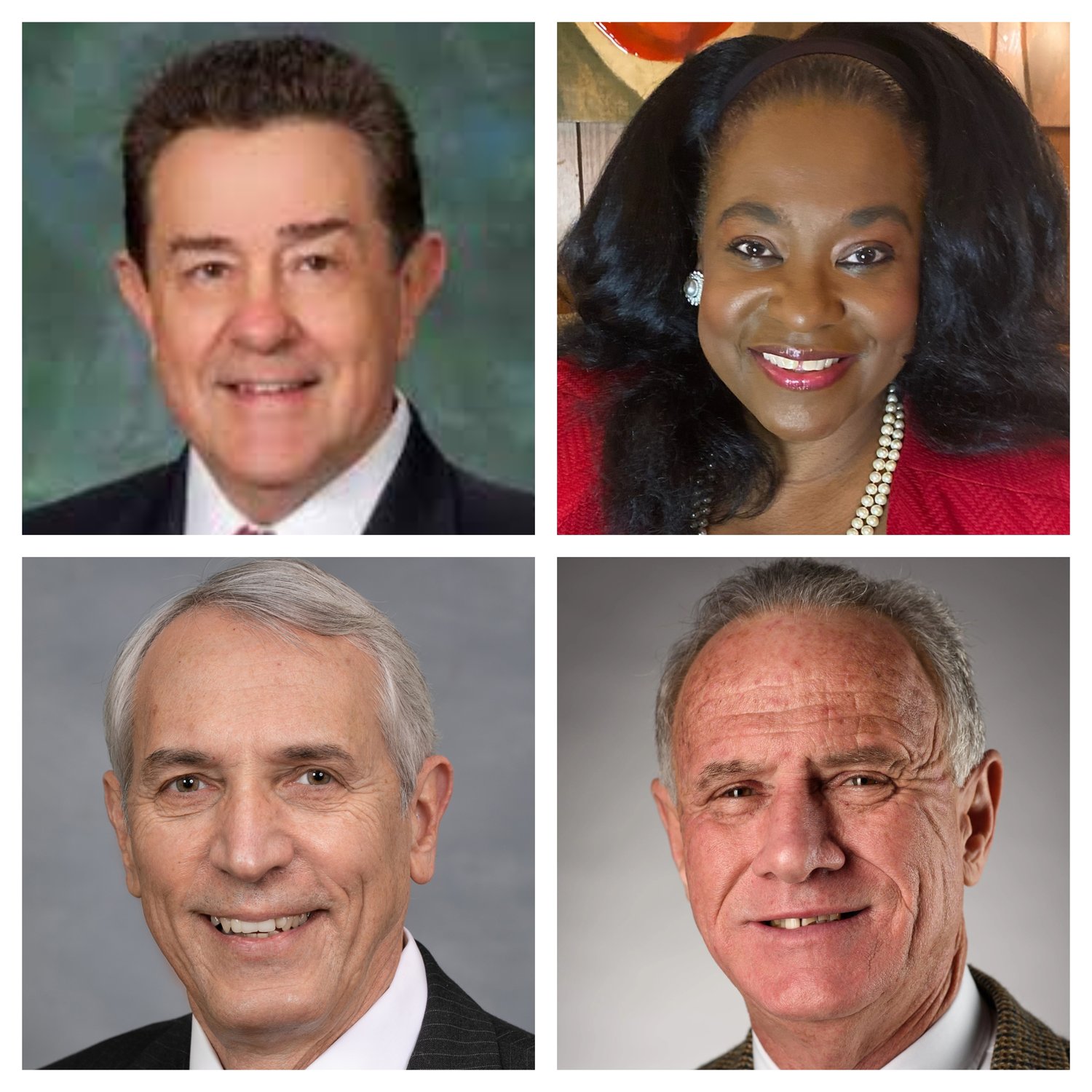 Democrats Marshall Faircloth and Veronica Jones, top, were elected to the Cumberland County Board of Commissioners on Tuesday over Republicans John Szoka and Ron Ross.
File photos
Posted Wednesday, November 9, 2022 12:27 am
By Jason Brady

Two Democrats defeated two Republicans for at-large seats on the Cumberland County Board of Commissioners in Tuesday’s general election, according to unofficial returns from the county Board of Elections.

Republicans John Szoka and Ron Ross came in third and fourth, respectively. Szoka, a former member of the N.C. House, garnered 35,253 in unofficial returns and Ross had 30,116.

Jones attended a voting watch party at the Metropolitan on Green Street with fellow candidate Val Applewhite, who won a seat in the N.C. Senate.

“I won the primary and hoped that community still had faith in me,” said Jones, who added that her success at the polls came through her engagement with voters.

“I would go to as many of the polls as possible, from Gray’s Creek to the Kiwanis Center,” she said.

She said voters appreciated her engagement and other candidates’ engagement with them. They came with voter guides and good questions, she said.

“I campaigned all day. It was a long day, and I was tired,” he said. “I spent a quiet evening at home biting my fingernails,” he said.

Faircloth said he figured that Jones would win and he would be in a tight race with John Szoka.

Faircloth said he ran for office again because he never finished some of the projects he was involved in as a Cumberland County commissioner. He said the most important project ahead is for the county to hire a new manager.

“There’s so much to be done, but getting a new county manager is probably the most important thing right now,” he said.